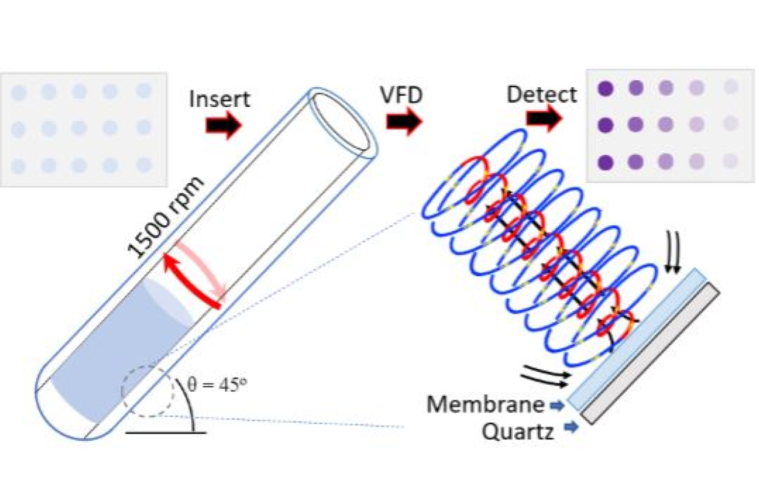 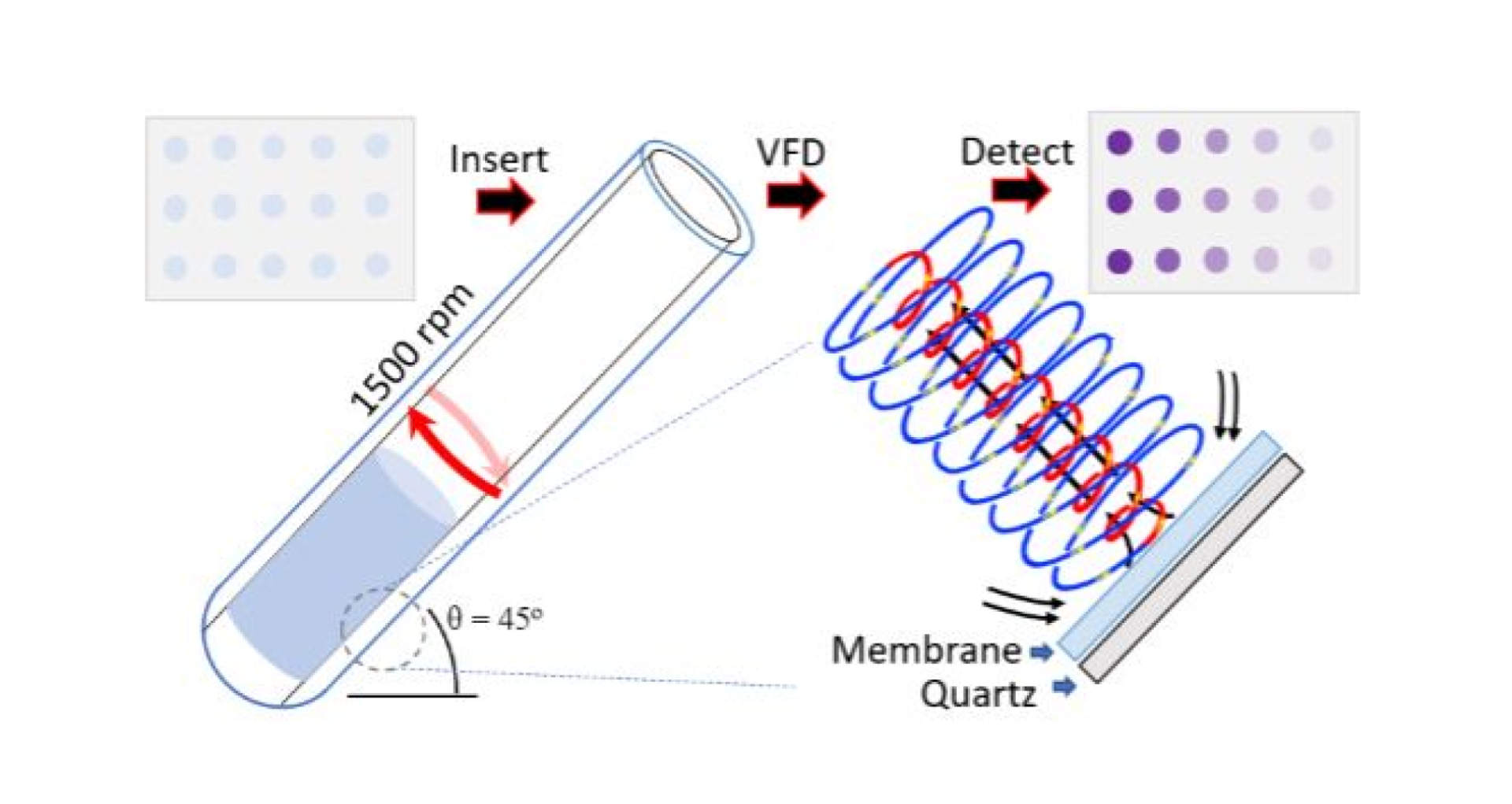 Scientists from Flinders University and the University of California have produced a new method of accurate, accessible, and inexpensive immunoblot assay testing, using a specially developed vortex fluidic device.

According to research published June 20th in Angewandte Chemie, the discovery represents a better universal solution for offering on-the-spot, personalised mobile testing for infectious diseases, including COVID and the flu.

The process could also be used to diagnose and deliver targeted treatments for other diseases in remote areas.

The new method, vortex fluidic device (VFD) accelerated immunoblot assay (VAIA), can be readily scaled up to test hundreds (and potentially thousands) of proteins in one assay in less than five minutes and represents a much-needed development in point-of-care (PoC) testing.

Author Professor Gregory Weiss, from the University of California and a leader in VFD research, said that biomarker assays are also challenging to translate from benchtop to clinic due to difficulties achieving and assessing the necessary selectivity, sensitivity, and reproducibility.

“To address these challenges, we developed an efficient (<5 min), robust (comparatively lower CVs), and inexpensive (decreasing reagent use and cost by >70%) immunoassay method,” Professor Weiss said.

“Most importantly, the data produced can be accurately read with a cell phone camera – immediately addressing the gap between development and implementation of biomarker-based precision medicine.”

“While many costly tests can take upwards of 48 – 72 hours, on-the-spot tests such as this can lead to accurate diagnosis and early commencement of important drug treatments and reduction of wrong medications.”

Professor Weiss explained that eliminating the factors which contributed to an IA’s background, such as inefficient washing, was key to improving its sensitivity.

“All assay steps—blocking, binding, and washing—leverage the unique thin-film microfluidics of the VFD.”

The VFD houses a rapidly rotating tube tilted at the optimum angle of 45°. At low rotational speeds (>3000 rpm) the mechanoenergy of the dynamic thin film forces liquid across, in and over the membrane via a ‘tornado-like’ Coriolis fluid flow.

“Overall, the fluid flow afforded by the VAIA-Hemi resulted in more sensitivity and lower variability, where the rapid processing arises from the Coriolis fluid flow, inducing high mass transfer into and out of the membrane.”

The resultant high mass transfer throughout the membrane allows for IAs to be performed rapidly inside a VFD’s quartz reactor, and the approach can accelerate direct, indirect, and sandwich immunoblot assays.