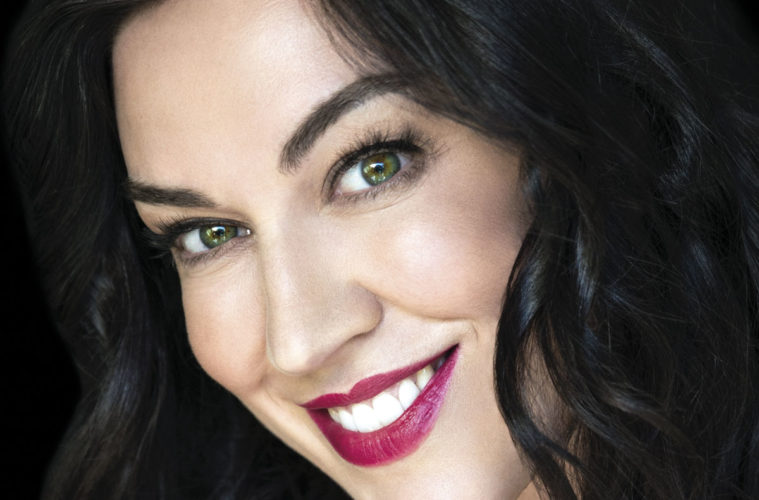 A Great Dame of Opera

Soprano Antoinette Halloran was in Perth in July playing the scheming widow Mrs Lovett in WA Opera’s sell-out season of Sondheim’s Sweeney Todd. The Melbourne-based singer is back in Perth next month to sing the role of Lady Macbeth in Verdi’s Macbeth. Medical Forum put these questions to her. 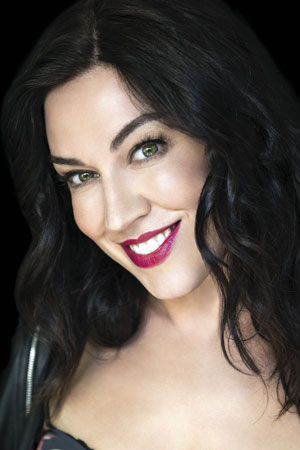 You are a mother of two, an extremely busy singer of renown. How do you manage life-work balance?

There is a strange dichotomy in this job where you are either completely absorbed in the preparation and performance of a role, or you are in between shows. So, I swing from being a flat-out working mother, to a mother who is home for school drop-offs, after-school snacks and homework. My children have grown to understand my work and, luckily, they are supportive and is my partner, James Egglestone. He is also an opera singer, so he knows I have to take these fabulous opportunities when they arise. I know the family will be OK until I am back in my Ugg boots driving them to guitar lessons and basketball again.

Did music and theatre accompany you growing up?

It definitely found me! I was five when I went to see the dress rehearsal of my big sister’s school musical, The Boyfriend. It was an all-girls school – Our Lady Of Mercy College – and I fell in love with the show. So much so that I remember holding onto my mum’s legs and crying as she left to see the opening night without me. My sister was in the role of the school mistress and sang a love duet with another girl who was playing a boy with a fake moustache. For my birthday I received the cast recording of the Broadway show and was devastated on listening to it that it wasn’t the Our Lady’s girls. Yet within a day of listening to the recording I had every role down – including a fabulous American accent!

Can you pinpoint the moment when an interest became a lifestyle, or did it steal upon you?

It took me so long to own that I was an artist. I spent so long waitressing and pulling beers in pubs waiting for the work that I never let myself tell people that I was a performer. For so long I thought of myself as a waitress with a B Mus Honours who just couldn’t get a gig. My voice took a long time to cook as it is quite a large instrument and they tend not to be ready until about 30 years’ old. Once I was living solely on performing, I allowed myself to say, “Me? I am a performer.” It was a beautiful feeling.

Your confidence on stage is palpable, why do you feel so at home there?

I love the stage. I, Antoinette, disappear and for the duration of the performance I get to walk in someone else’s shoes. I love seeing life through other people’s eyes, feeling other motivations and emotions. It is fascinating for me to explore these other worlds. I get a bit sick of myself sometimes and on the stage I can forget me and take a holiday from myself. It is addictive. Some people might call this psychosis? I call it acting.

You play Lady Macbeth for WA Opera – is she bad, or just misunderstood?

Oh, she is BAD. Bad, bad, bad! The challenge for me is to make the audience care about her. It’s a bit like Mrs Lovett (Sweeney Todd) but at least she had jokes to win the crowd over. I am hoping to find a window into Lady Macbeth’s soul so that the audience may glimpse something gentler for her. It must have been difficult for a strong, intelligent, and ambitious woman to exist as only a wife and mother with no ability to have a career and reap all the self-worth and power that comes with success. She is a desperate housewife trapped in the constraints of a medieval society. We start rehearsals soon, so all these ideas will be fleshed out.

You return to Perth to be joined by Stuart Maunder (director) and James Clayton (who plays Macbeth) and conductor Brad Cohen. What do these artists bring to the production and to your performance?

I have enormous respect for all these men. Without Stuart I don’t know where I would be. He has seen me grow into each new opportunity. To have the insight to cast me as Mrs Lovett, and the courage to do so, is gold to me. I adore and cherish him in this industry. He is the real deal. James is an artist that I take my hat off to. Impeccable in his preparation, fiercely intelligent in his dramatic readings and with a voice like honey and steal. I am very excited to see this Macbeth! Brad Cohen is a conductor with whom I am really keen to work with again after we did Tosca together in Perth a few years ago. He is intellectual in his approach, yet has enormous heart in his interpretations. There is a synergy that exists between conductor and artist that is rare. I think Brad and I share this. It was his idea to cast me in the role of Lady M. Another big call, and I want to do him proud.

Perth has seen you sizzle in Tosca, Sweeney now Macbeth, the roles and musical styles are dramatic and dramatically different. How hard is it on your voice?

It is amazing for my technique. Some singers get to rest on their laurels singing just one kind of music. In my career I have been stretched enormously from soubrette to dramatic soprano to Broadway belter. I love working out how these tiny vocal cords can be manipulated to make all these different sounds and textures. The dramatic challenges are one thing, but to belt Sondheim and then to sing the fiendish scales and relentless tessitura of Verdi … well that is a challenge that never leaves one feeling bored!

You have sung some of the great dames of opera and musical theatre. Do you have a favourite?

How could I choose between Butterfly and Tosca, Mimi and Musetta, Rusalka and Tatiana, Mrs Lovett or Desiree? I just feel so lucky that my sister was in that production of The Boyfriend, otherwise I would never have walked in all these wonderful ladies’s shoes. or tabi, where Butterfly was concerned. Hold on, I still have never played the school mistress in The Boyfriend. I will put it on the bucket list!