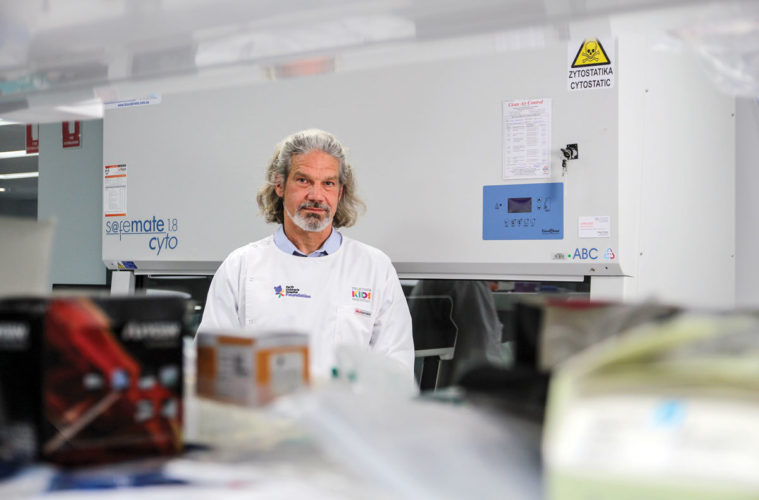 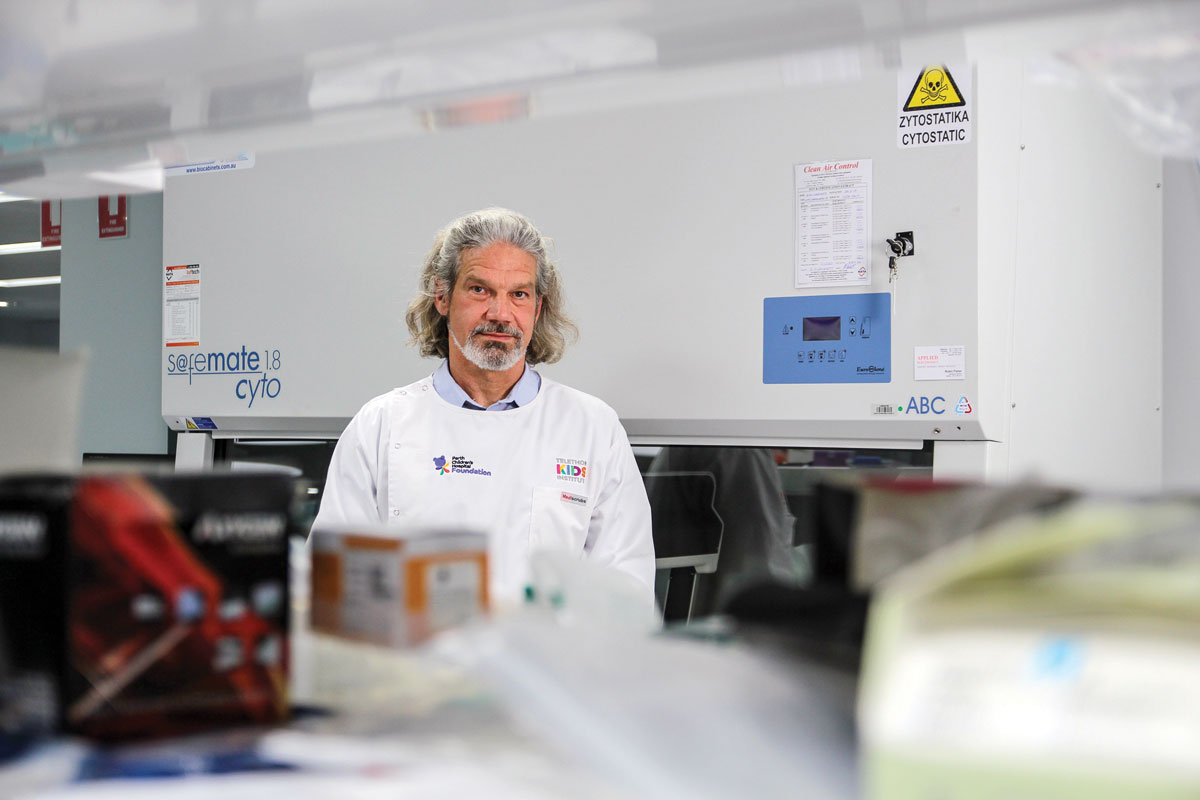 Telethon Kids researchers are looking beyond magic bullets and aiming for long-term benefits for our most vulnerable. Jan Hallam reports

Before the SARS CoV2 pandemic, vaccine research and development were studied and measured affairs. Underpinning them were two words – safe and effective.

While there are grim health imperatives driving many of the vaccine projects around the world, the vaccine ‘race’ itself has entered a particularly worrying political stage with the availability of a Russian vaccine that many scientists consider is undercooked, and governments of wealthy nations speculating billions of dollars on promising vaccine candidates. 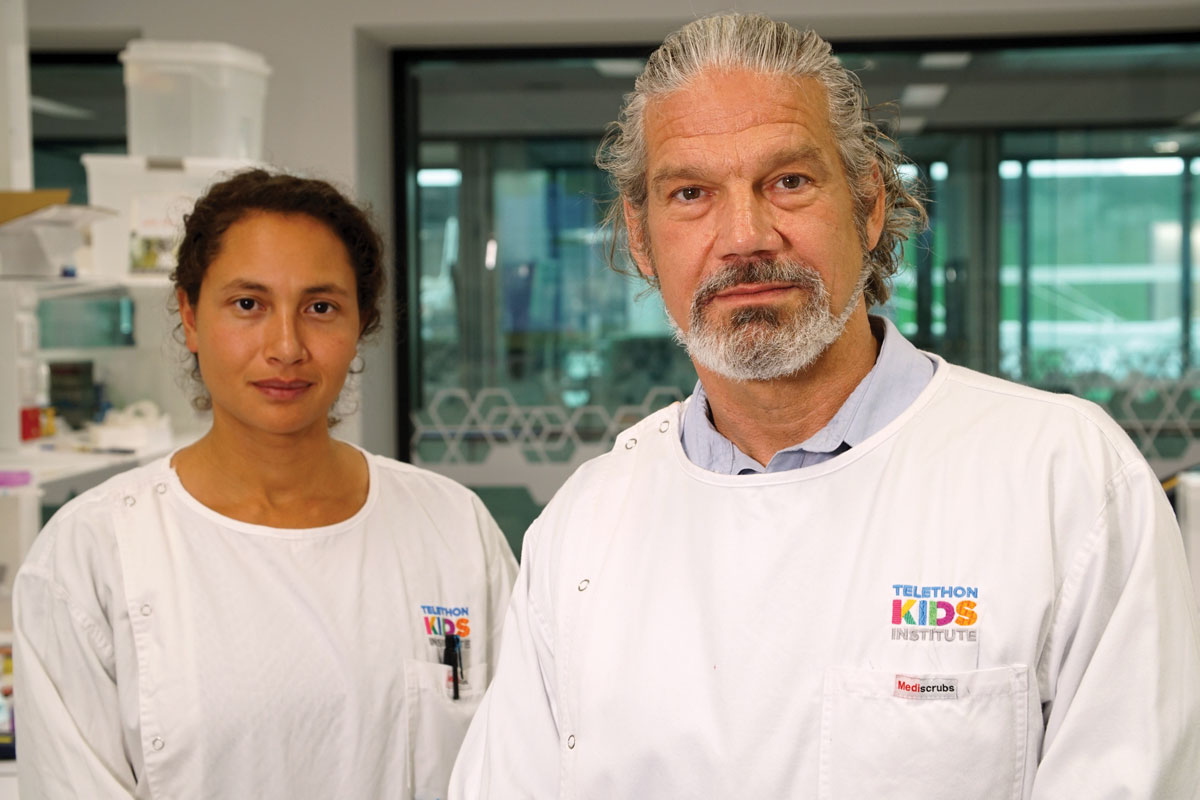 The stakes are high

Professor Tobi Kollmann, who arrived in Perth last year with his partner, Dr Nelly Amenyogbe, was brought to Perth by the Telethon Kids Institute and the Perth Children’s Hospital Foundation to open the first paediatric research centre for the Human Vaccines Project, sometimes the greatest vaccine prizes are right under our noses.

In May this year, the team published a paper that showed the century old Bacillus Calmette-Guérin (BCG) vaccine for TB, when repurposed, helped kickstart newborns’ immune systems in their vulnerable first days of life when sepsis is a deadly threat.

Their research found that there was a dramatic and rapid increase in neutrophils (firstly in mice) and then in human newborns in West Africa and Papua New Guinea within three days of the vaccine being administered.

“It’s been known for a long time that neutrophils play an important role in managing sepsis, but until now nobody understood the role of BCG in initiating this critical process,” Dr Amenyogbe said at the time.

“It was actually thought to be biologically implausible, however, we’ve not only shown how BCG is involved, but that it kicks off this process almost instantly following vaccination – far more quickly than anticipated.”

It was a thrilling find and one close to Prof Kollmann’s heart.

He became a close friend of Tobi Kollmann’s.

Aaby observed and later published a paper on the non-specific benefits of some vaccines and of BCG in particular.

“He noticed that giving BCG to low birthweight infants within the first two days of their lives reduced death by 50%,” Prof Kollmann said. “It was an observational study, not a randomised controlled trial in the wilds of Guinea Bissau, but Peter published his observations anyway because they seemed too important not to.

“He was howled down by the medical establishment. In their view, BCG was for TB, and TB doesn’t kill newborns. How could it save the life of newborns in less than three days when the BCG microbacterium grows so slowly?

“Our paper has shown that BCG rapidly increases the growth factor G-CSF which stimulates the bone marrow to produce granulocytes and stem cells and release them into the blood stream within hours of administering the vaccine.

“Peter’s observations were right but the dogmatic thinking of the medical establishment almost destroyed him. This kind of  thinking in medicine is our biggest obstacle for progress.

“What we have just published now, we have known for many years. BCG is one of the safest vaccines, it is one of the most commonly administered vaccines in the world and it cost pennies.

“So, the only thing we need to do to make this benefit available to all newborns in the world is to give it to every newborn at birth. Timing is critical and what’s standing in the way in many parts of the world is red tape from WHO protocols about the number of doses required per vial.

“If the WHO changes that policy, we can save 500,000 babies every single year. Our research has given the WHO the scientific proof it requires.”

The same BCG vaccine has also found itself in the COVID-19 research frenzy as Prof Kollmann and Dr Amenyogbe are involved in the BRACE trial which began in the early stages of the pandemic. It aims to determine if it can offer any protection against the virus, particularly among health care workers.

The trial is being conducted across three sites – Melbourne, Adelaide and Perth.

However, both sounded warnings that while the effect was rapid and offered robust protection against newborn sepsis, it was relatively short-lived and their studies indicated that the protection did not occur in adult mice at any rate.

This trial-and-error is very much a part of the COVID landscape, but Prof Kollmann added that it is how medicine has been practised “forever”.

“Scientists are using whatever biological information they have, based on existing data, to guide them to make the best possible decisions, for example, administering steroids,” he said.

“If you see somebody dying from COVID because they’re likely having a hyper-immune response, those are reasonable guesses.  The impact of these drugs may be marginal, where the sickest of the sickest may benefit, but you’re not going to change anything dramatically.”

Tobi Kollmann’s world has been a lab for the better part of his career, but it started in a similar way to his friend Peter Aaby – where observation sparked inquiry.

As a young medical student in Germany in the early 1980s, he planned a visit to his brother who was doctor working in Ethiopia. It was while walking past a newsstand at Frankfurt airport that his world tipped on its axis.

The cover of Newsweek on his outward journey was a haunting collage of the faces of the AIDS epidemic in New York – men, women, white, black, the disease did not discriminate.

“That was the first thing that struck me, this was not a homosexual disease,” he said.

“I spent the next three months working with my brother in a little town called Dilla on the track between Addis Ababa and Nairobi. It was a market town where a lot of trucks stopped on their way to somewhere else. There was a lot of sex trafficking and in my time there I saw just about every STD in the book and, of course, there was a lot of HIV.

“There was also a lot of young children between the ages of two and five dying and nobody could really understand why.

“Returning back to university, I was transiting through Frankfurt again and passed the same newsstand. This time the cover of Newsweek had the face of a young girl from New York. She had prominent ‘chipmunk’ cheeks, the same facial features of the dying children in Ethiopia. The girl on the cover had AIDS.

“I bought the magazine and read the article which described the work of Dr Arye Rubinstein, who was working in the Bronx and discovered that AIDS could be transmitted from mother to child.

“I was beside myself. I immediately wrote to him, telling him I just returned from Africa where I saw kids that I thought could potentially have had AIDS. In those days it was letter writing, so six weeks later I got a reply inviting me to come to New York.

“I got to the Bronx on a Friday afternoon and walked into the lab and there in front of me stood a man who was almost half my size, wearing a yamulke and greeting me in German. He and his family had left Berlin before the Holocaust.

“He invited me into this special little clinic and there on the examination table was the little girl on the cover of the magazine. It was surreal. I examined her, took some blood from her, played with her.

“Being there in that lab, something happened to me. I went to a German medical school where what wasn’t written in the textbooks was dark matter. The buildings on the far side of the faculty were the research labs. I used to think, ‘what a joke, that’s not real medicine’.

“When Arye Rubinstein told me that no one really knew what caused AIDS but he was doing research to find out, as I’m saying this to you right now, I have the same shivers as I did at that moment. It just clicked inside of me.

“Rubinstein looked at me as said ‘without research there is no change’. In that moment I felt it was my life that had changed. Research became central.”

For the next five years, paediatric AIDS was Prof Kollmann’s focus until another shiver went down his spine.

“I am not a very sociable person, so I was in the lab on a Saturday evening, it was 1994. I was the only one in the building, all the other lights were out and I was looking at a paper from the Paediatric AIDS Foundation. It was such a focused moment visually and spiritually. What was going to be my next move?

“I knew it had to be ethically and morally right, so, I thought, who is suffering the most in the world? The answer was newborns and their risk of dying from infection.”

It led him to Seattle to work with Prof Chris Wilson, who was later to join the Gates Foundation’s Discovery program.

“He is still my mentor but he’s tough. There have been some tearful moments with him, but he allowed me freedom to explore.”

The ‘newborn immunity initiative’ of the Human Vaccines Project (HVP) has led to the other side of the world to Telethon Kids Institute and the quest for a vaccine that will supercharge an infant’s immune system to fight the diseases of the future.

“The goal is to enrol 25,000 mothers and follow them through pregnancy and assess their vaccine status and then the newborn and infant vaccines,” he said.

“There will be data-driven processes and machine learning and AI to tell us what is actually happening and not just what we think is happening.”

The scope of the HVP is immense and is matched by its financial requirements but as Prof Kollmann suggests, few projects have the capacity – “technologically, informatically, conceptually, on every level” – to achieve the goal of saving hundreds of thousands of lives a year.

“Having that network of experts on your side is an incredibly enriching experience. We know already the basic rules that we identified in our previous work. All we need right now is the money — $100 million – and it sounds a lot, but if you think about the impact it will have, wow, this is doable.”

Tobi Kollmann knows that there are doubters but if a breakthrough is to come, he believes it will be here in Perth.

“West Australia, maybe Australia I don’t know, but WA and especially Telethon Kids and Jonathan Carapetis are committed to building bridges to deliver solutions to low-care settings. The local folks here put their money where their mouth is because they believe in this.

“For me, that is unprecedented. I have never experienced that anywhere in the world before. To me, this has been transformative and something both my wife and I feel privileged to be here.”