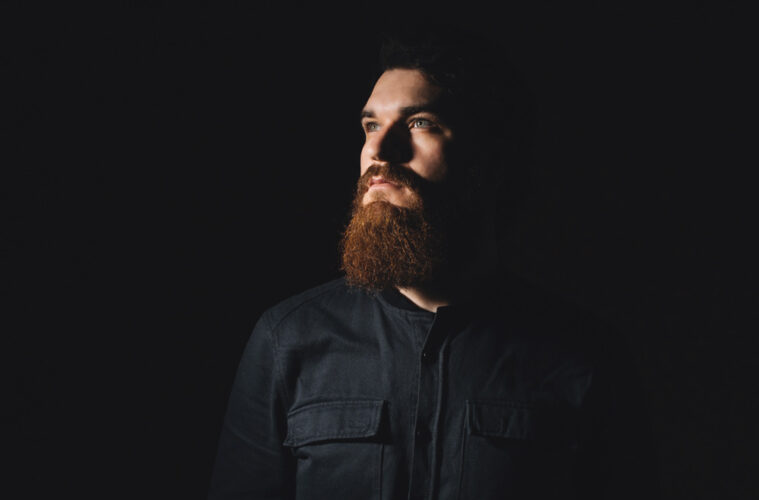 Are men missing the boat to good health?

While treatments, screening and lifestyle advice are available, not enough men are listening and their health is paying the price, Dr Karl Gruber (PhD) explains.

Every year, thousands of Australian men are diagnosed with a wide range of health problems, from poor mental health to chronic and infectious conditions. They seem disproportionately affected compared to women, and even COVID-19 seems to affect them more severely.

Are men to blame, or is our current health system leaving them behind?

Australia has some of the world’s best evidence-based guidelines for healthy living. They recommend eating five to six servings of vegetables with few or no sugary products. Exercise 45 minutes most days of the week and you will likely keep the doctor away. We also have cancer screenings every two years for various cancers in high-risk groups.

However, not all Australians follow this health advice, and men seem to be particularly stubborn about it.

As a result, men are facing a range of health challenges, significantly more often than women. Males are three to four times more likely to commit suicide, with 2,502 male deaths in 2019 due to suicide, compared to 816 deaths among females.

While these health problems are influenced by multiple factors, lifestyle choices are likely playing an important role. For example:

On top of these lifestyle and health problems, men don’t seem to follow advice to keep themselves healthy. For example, more than 60% of men choose not to participate in a free national bowel screening program that can potentially detect their cancer at an early and treatable stage. They are also commonly affected by other cancers such as prostate or blood cancers.

A recent meta-analysis of 92 studies involving more than three million patients concluded that both men and women were just as likely to become infected by COVID-19. However, men are nearly three times more likely to be admitted to intensive care than women.

This finding is not odd. Previous research has shown that, compared to women, men seem to be more susceptible to bacterial, viral, fungal and parasitic infections. The factors behind these differences between the sexes are complex and multiple, likely involving differences in immune function as well as differences in lifestyle factors
or genetics.

“Sex differences in both the innate and adaptive immune system have been previously reported and may account for the female advantage in COVID-19,” the authors wrote in their study report. “Within the adaptive immune system, females have higher numbers of CD4+ T cells, more robust CD8+ T cell cytotoxic activity, and increased B-cell production of immunoglobulin compared to males.”

Women have also been found to produce more antibodies and have more severe side effects in response to the influenza vaccine (TIV)100 as well as to other pathogen vaccines.

“These findings imply that females have an increased capacity to mount humoral immune responses compared to males, and together with the data from this meta-analysis, may have important implications for the development of vaccination strategies for COVID-19.”

When men experience erectile disfunction (ED), most think it is just a sign of the times, something that comes with old age, and they avoid going to a doctor to discuss their issues. “Men suffering from sexual health issues (i.e. erectile dysfunction) do not necessarily see their GP about it – either they are too embarrassed or feel it’s an age thing and accept it,” Perth urologist Dr Jeff Thavaseelan told Medical Forum.

ED can be a warning sign of more serious health problems brewing.

“Sexual health is usually the first indicator of other health issues such as cardiac disease, diabetes, mental health, stress etc. In addition, it might uncover issues such as hypogonadism, which increases obviously with age but can cause many other adverse effects such as depression,” Dr Thavaseelan said.

So, it is important that any GPs treating impotence ensure that their patients do not suffer from any other CVD risk factor.

“Men may not want to do anything about the sexual side of things but a GP’s holistic approach in assessing the causes can unveil other issues related to their general health,” he added.

Beyond infections and sex, another major problem men are facing is cancer, with more than half of all new cancers (79,421 cases) being diagnosed in males during 2020. 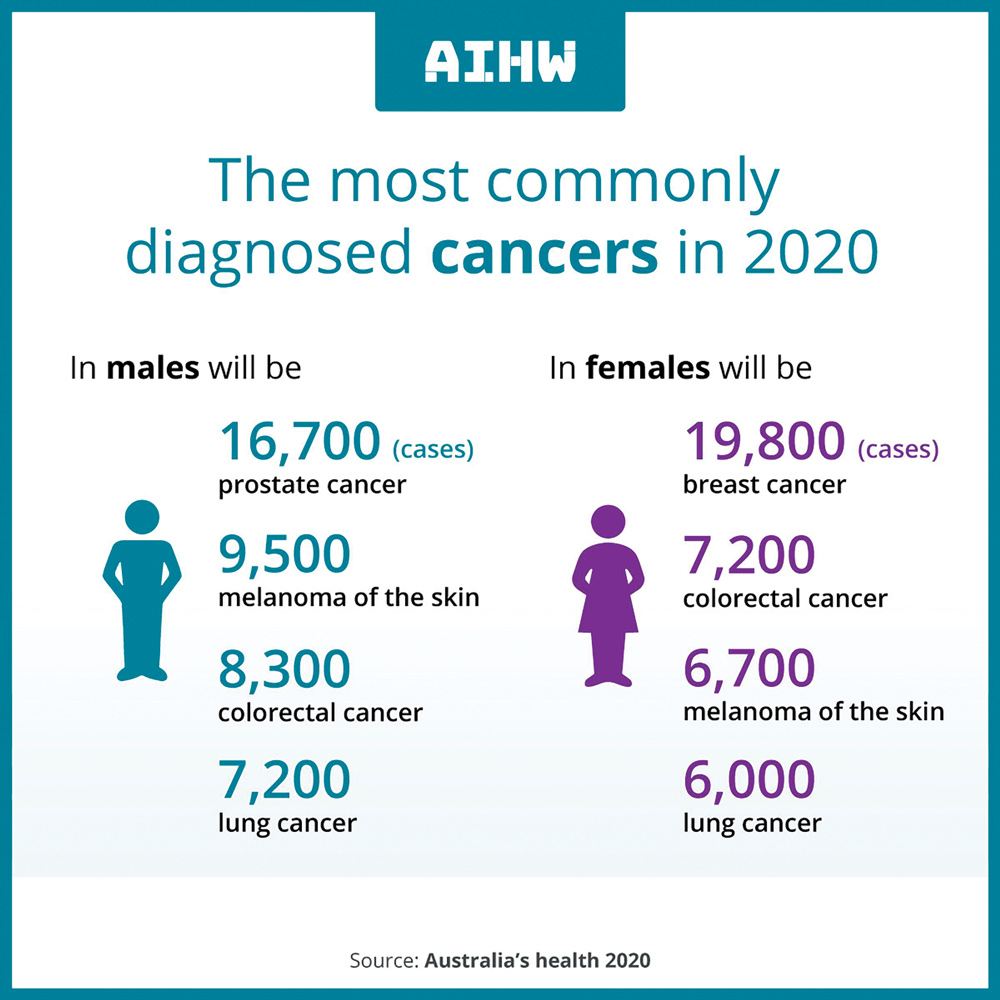 The incidence of bowel cancer, which includes colon and rectal cancer, has increased by up to 9% in people under the age of 50 since the 1990s. With the goal of curbing these figures, the Australian National Bowel Cancer Screening Program (NBCSP) was established in 2006, free to all Australians, aged 50-74 years.

The NBCSP program aims to reduce the morbidity and mortality from bowel cancer in this age group, which is the most prone to develop this cancer. The program analyses samples with an immunochemical faecal occult blood test, which is estimated to able to detect up to 85% of all bowel cancers, and men need to do this test every two years to ensure the cancer, if it ever develops, is caught early.

Yet, more than 2.5 million men opted not to undertake the test during 2017-2018, according to the most recent report from the Australian Institute of Health and Welfare. This large figure likely contributed to the more than 8,000 new cases of bowel cancer diagnosed every year among Australian men and the more than 2,800 deaths associated with this condition each year.

Prostate cancer is the most common cancer diagnosed in Australia, with about 19,000 new cases every year. In fact, Australia has one of the world’s highest incidence of prostate cancer.

Part of the problem may be a lack of financial support from the government. “Prostate-specific membrane antigen (PSMA) scans cost men $1000 but breast screens are free for women. Essential medications, continence pads and vacuum pumps are not funded by health funds,” Dr Jo Milios, men’s health physiotherapist and Adjunct Research Fellow at the University of Western Australia, told Medical Forum.

In addition, there are other issues with prostate cancer screening, particularly a lack of an official screening program such as for breast or bowel cancer.

“At the moment there is no screening program for prostate cancer but the evidence-based PSA testing consensus guidelines are very helpful here,” Perth urologist Dr Tom Shannon told Medical Forum.

Cancer Council Australia and the Royal Australian College of General Practitioners both recommend routine screening every two years, but only in men who are 50-69 years old.

If you have a family history of this disease, the screening should start earlier, at 45 or even 40 years of age. In all cases patients should be informed of the risks and benefits of this test.

Another problem involves reluctance by men, particularly in regional areas, who fear facing their condition.

Regional men may have poorer access to medical professionals and tend to be even more ambivalent in pursing health advice than urban populations.

Dr Milios said this ambivalence was an issue in men’s health generally – a reluctance to seek preventative health measures which results them presenting at the point of critical health issues/ crisis situations.

But when it comes to testing for prostate cancer, it is important to have uniformity, Dr Shannon said.

“Although we have a high rate of PSA testing, equal to breast cancer, we do not have uniform responses to abnormal results or standards set for MRI or pathology reporting, like we have in breast cancer. It is not unusual to see men who have had two or three abnormal PSA tests before they are referred, something unthinkable with mammography and breast cancer,” he said.

Australia was in the fortunate position that it had consensus guidelines on the diagnosis and treatment of prostate cancer, which were published by the Prostate Cancer Foundation of Australia and Cancer Council Australia in 2016. They are endorsed by the NHMRC and the RACGP.

“Detection is a necessary part of the journey in cancer, but treatment does not have to be. Prostate cancer is the only cancer where observation/active surveillance of low-risk disease is widely practised,” Dr Shannon said.