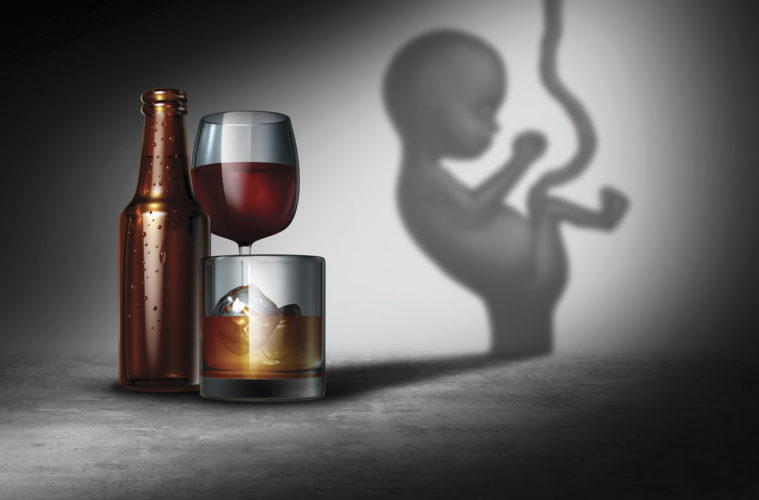 The food standards body is moving on with mandatory warning labels for pregnant women and GPs are being urged to talk to their patients.

News came through earlier this month that the Food Standards Australia and New Zealand (FSANZ) was calling for public comment on the design of mandatory warning labels on alcohol, which would target pregnant women.

Labels have been voluntary since late 2011, now commonwealth, state and New Zealand governments have agreed they should be mandatory. Sectors of the alcohol industry have already flagged resistance.

However, the move will be supported by many health practitioners working on minimising the risk of children being born with Fetal Alcohol Spectrum Disorder (FASD).

For Dr Tracy Reibel, senior research fellow at Telethon Kids Institute, it comes as timely support for the institute’s campaign urging GPs to raise the issue of alcohol consumption with their pregnant patients.

A survey indicated that 45% of GPs were having such conversations, which left 65% silent on the issue.

“Health professionals generally, not just GPs, aren’t always comfortable asking women about their alcohol use, which is curious given they don’t seem too uncomfortable asking them about their other drug use,” Tracy said. “I think that that probably comes back to the broad social and cultural acceptance of alcohol.”

“However, we know prenatal alcohol exposure interrupts, at some level, the developing baby. What the outcome of that is depends on the woman herself, and it’s not just high-risk alcohol users who are exposing their babies to danger.”

“A pregnant woman may be at a wedding and think a couple of glasses of champagne is not going to hurt. And it may not, but you just don’t know the impact of confounding health factors. While on the other hand there are other women who merrily drink through their pregnancies and have perfectly healthy babies.”

“There is a diversity of outcomes, but why why would you risk it when it’s only nine months of abstinence to ensure a lifelong condition such as FASD is avoided.

Telethon Kids has produced materials for GPs to help raise alcohol consumption with their patients. A series of three-minute videos featuring GPs and young mothers discuss the importance of asking (and being asked) the alcohol question.

“We deliberately chose young Caucasian women because the other issue we have here is that people generally confine this problem to alcoholics and Aboriginal people. It is absolutely not the case. A placenta is a placenta and a fetus is a fetus and it doesn’t matter whose body it is, it will be affected by exposure to alcohol,” she said.

“And this is the motivation behind these videos – to get across to people that it doesn’t matter who you are. We can’t afford doctors to make assumptions about who walks into their surgery. A woman wearing a hijab doesn’t mean she doesn’t drink, or women who say they rarely drink or never drink.”

“It’s still important to have the conversation to reinforce the risks associated with alcohol because we know that people tend to dismiss occasional use, for example, because we tend to think of drinking alcohol as something we do all the time.”

“Pregnant women want to know everything about their growing baby. If you give them the facts, they will make the decisions themselves, but they do need the information and the advice. Women are confused by the ambiguity of the alcohol messaging and GPs are most likely the first health professional a pregnant woman will approach, so tell her. And then it’s up to the woman to decide, but she can’t make a decision on something she doesn’t know about.”