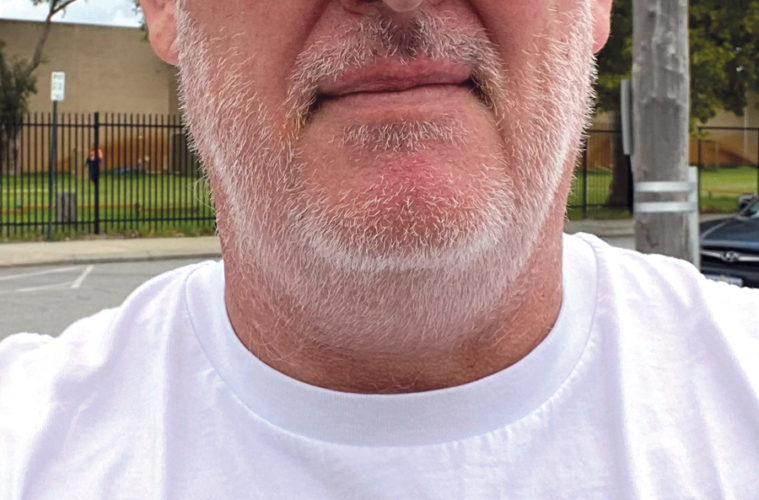 For St John Ambulance Medical Director Dr Paul Bailey, a stint back on the ED tools reignited his passion for medicine.

In March this year, my boss came into my office at work and proclaimed, “PB, all your leave is cancelled!” No problem I thought, there’s nowhere to go anyway. There was a follow-up, “and you now work full time”.

I had planned on a nice three-day working week supplemented by some additional clinical shifts. That plan went up in smoke in an instant – because of one guy who ate a bat. 2020 has not been the year any of us were expecting.

In many ways my career has been a happy accident. Like many of us, I’ve done some pretty cool things that are actually quite hard to believe from the safe and cosy office of the Medical Director for your ambulance service, St John Western Australia.

There are some stories that my kids have heard so often they can repeat them line by line – “When I was in the army…(toughest 12 days of my life)”; “Cruising out of Nagasaki Harbour with Miss Nagasaki tearfully waving goodbye to Chef Rob Whitely on the Clipper Odyssey…”; “Being interrogated for two hours by two cops in a room with a one way mirror, for taking narcotics into Japan” (Cruise ship resupply); and being the Medical Director for a flight that resulted in a controlled landing onto water of Norfolk Island in 2008 and so on.

Those are just the side gigs. I’ve got a thousand stories. My career in Emergency Medicine has had me working in almost every department west of a line from Port Hedland to Kalgoorlie. And I gave it all up just over 12 months ago to focus on my role within St John Ambulance.

I had intended on picking up some casual work around the traps this year and then COVID.

I worked frontline in high-volume acute emergency departments from 1993 to 2011 when I became the ED Director at SJOG Murdoch – Perth’s only private emergency department. Our small team kept Murdoch ED open in spite of the existential threat posed by the opening of Fiona Stanley Hospital right next door. That was our proudest achievement.

ED directors tend to end their tenure in one of two ways – the first is known as the ball of fire technique, the second as the handshake and a smile method.

I’ve always favoured the latter. When I walked out the door at Murdoch about this time last year, I felt like my successor didn’t need the past director hanging around. As far as I can tell we all parted on good terms.

Long-term ED directors can become a bit unhinged – you change the things that can be changed (either because they are easy or you have the right skill set) and you’re left with a series of things that aren’t fixable – most commonly due to a personal skillset deficit. Pragmatic decisions need to be made that don’t always sit well. And it’s a hard job having the weight of several hundred mortgages on your shoulders. Towards the end of my tenure at Murdoch I had a bit of IHP*.

But now it’s time to go back. The practice of clinical medicine is an itch you can’t scratch in any way other than to go and see some patients. Worried that I would be all at sea, I signed up for two casual shifts on the cushy 10am-7pm time slot, dug out the scrubs, found my ID card and name badge and entered the fray.

I reassured myself with the fact that private EDs are, in many ways, a bit of a sheltered workshop. At least I hoped so.

It was brilliant. So good to reconnect with colleagues – admin, nursing and medical. The ED has become much busier in the past 12 months and many new staff have joined the roster. Great to meet a few patients and their families and actually be able to help. Amazing to run through some CT scans and realise that while I might be very rusty, a lot of those skills are hardwired over many years and were still accessible.

The nursing team at Murdoch are hard-working, accomplished and very procedural in nature – a pleasure to work with.

Then disaster struck – “PB, you know that man in bay 15, we’ve tried a few times and we can’t get IV access”.

“No worries,” I thought, “it’s been more than 18 months since I’ve placed an IV, I’m sure I’ll be able to sort it out.” I’m not that fond of these missed IVs you speak of. I spent ages selecting the best vein and the IV went straight in. A small victory. The old man has still got it!

Other reflections – it’s so good to be part of the team and not be in charge; to just be a humble worker bee was the best. Turn up, do your work and go home. No complaints to deal with, no interpersonal feuds to referee, no queries from administration to respond to.

It was great to be a part of it, for a little while at least, and remind myself of what doctoring is all about. Compassion, helping, doing your best. The IHP has gone. Now back to the office.