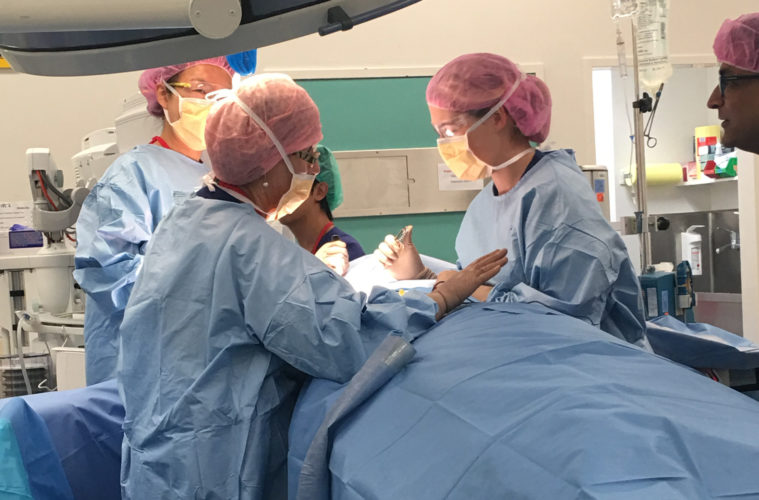 For the first time in WA, a private hospital is leading an international clinical trial aimed at preventing breast cancer.

A new clinical trial is testing the safety and effectiveness of the drug Denosumab in healthy women who carry a mutant version of the BRCA1 gene.

BRCA1 is a tumour suppressor gene, normally expressed in breast and ovarian tissues and responsible for the repair of damaged DNA, which helps preventing the development of tumours.

While the BRCA1 gene is found in all women, in some cases the gene carries a mutation, making it less effective at repairing damaged DNA and preventing cancer. Over their lifetime, women carrying a mutated BRCA1 gene have a 72% risk of developing breast cancer and 44% chance of developing ovarian cancer, according to a recent study.

Breast cancer is the most commonly diagnosed cancer in Australia, with nearly 20,000 women being diagnosed every year. Early detection of this condition is highly treatable, with estimates from the Australian Institute of Health and Welfare reporting 100% 5-year survival rate when detected at stage 1. However, detecting breast cancer at late stages is fatal to a significant percentage of women: every year more than 3,000 women die from this disease.

“Women with the BRCA1 gene have a significantly higher chance of developing breast cancer and are also more likely to develop cancer at a younger age. While a preventative double mastectomy is a highly effective treatment option, surgery itself carries risks, and can be physically and emotionally challenging,” said lead researcher Prof Christobel Saunders, a cancer surgeon and researcher at St John of God Subiaco Hospital. Prof Saunder was also a joint recipient of the 2017 Premier’s Science Award for Scientist of the Year.

Currently, there are no effective preventative measures for women who carry this gene mutation, besides performing a double mastectomy.

Hence, there is a need to develop new and effective strategies that can protect women carrying the mutated BRCA1 gene. With this goal in mind, scientists have focused on repurposing drugs: testing a drug currently approved for a different condition.

A promising “new” drug
Denosumab is a drug currently approved in Australia for the treatment of osteoporosis in postmenopausal women at increased risk of minimal trauma fracture. Recently, the drug has being repurposed to target breast cancer, with mixed results. Last year, results from an international clinical trial showed no significant improvement in breast cancer survival for women with breast cancer, following treatment with denosumab over the course of five years.

“However, the defects that occur in the breast cells of women without breast cancer are very different to those happening in cells that are already cancerous, Prof Saunders explains. “In those at high risk of developing cancer, denosumab appears to prevent stem cells, that are at risk of becoming damaged and out of control, from developing into cancers thus granting true protection,” she said.”

In contrast, in patients who already have breast cancer, denosumab may slow down bone cancer growth, but, at the end of the day, does not lead to eradication of the cancer and so does not improve patient survival prospects.

The clinical trial is the first in the world to take a preventative approach, aiming to prevent breast cancer in women who are at high risk of developing this malignancy. Nearly 3,000 women from seven countries will take part of this international, five-year trial. The study will be coordinated by Breast Cancer Trials and led by the Austrian Breast & Colorectal Cancer Study Group.

WA case example
The very first patient of this trial is 26-year-old Perth resident, Laura Taylor. “I found out that I have the BRCA1 gene when I was 21 years old. It was a bit of a shock, as I inherited the gene from the Dad’s side of the family and did not expect to be positive,” Ms Taylor said in a recent news release.

“While I am still young the thought of possible preventative surgery in the future is daunting. My Specialist, Prof Christobel Saunders, told me about the trial and I figured I had nothing to lose. My involvement will hopefully help someone in the future and may even be beneficial to me,” she added.

Like Ms Taylor, many other Australian women carry a mutant version of the BRCA1 gene, placing them at increased risk of developing breast cancer. This new study is expected to involve at least 300 women from Australia, as well as women from around the world.