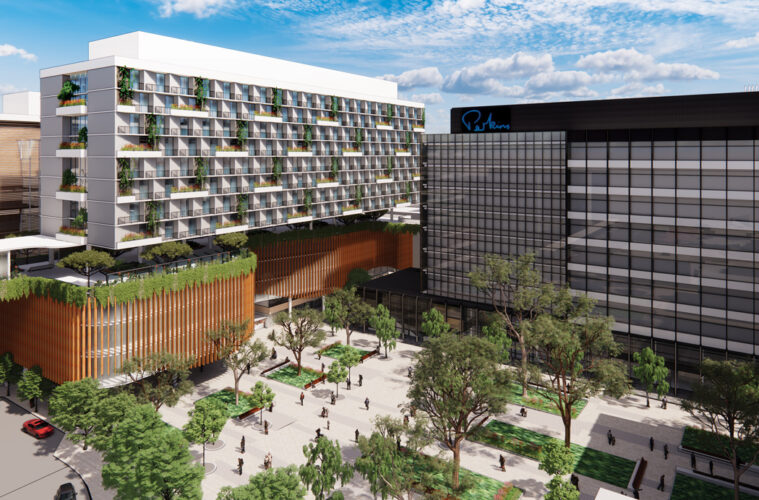 If funding and construction stay on track, by 2024 Western Australia will have a ‘one stop shop’ for cancer care that will change the landscape for both patients and clinicians.

For many cancer patients, if they tracked their treatment plan on a street map there would be lines everywhere – a multitude of locations where they had to go for tests, surgery, chemotherapy and support services.

Now WA’s health system is moving a step closer to offering a different model – a ‘one stop shop’ for cancer care that will mean less disjointed treatment and a more integrated approach.

In March, the Commonwealth committed $375 million to a $750 million dedicated cancer hospital based at the QEII Medical Centre campus. It is scheduled to open in 2024, although the project is still dependent on additional funding, including a contribution from the State Government.

Plans for the 10-storey centre include 300 beds and treatment chairs, 140 overnight and inpatient beds, 110 chemotherapy medical beds and chairs, operating theatres, an intensive care unit, pharmacy, medical imaging service and even a gymnasium.

The new facility, which is being developed by the Harry Perkins Institute, will ensure world-first cancer medicines and clinical trials, supportive therapies, an integrated ICU as well as hospital beds solely for cancer patients will be in one location.

It is based on a holistic philosophy already used by the likes of the Peter MacCallum Cancer Centre in Victoria and the Chris O’Brien Lifehouse in New South Wales.

The WA centre will service public and private patients and have outreach into regional WA, including Indigenous communities.

Cancer accounts for more than 158,000 hospital admissions a year in WA – or almost 15% of all hospitalisations. While standards of clinical care are generally high, many patients find their cancer journey can be fragmented, causing delays in treatment and sometimes the need travel to the eastern states to receive care. 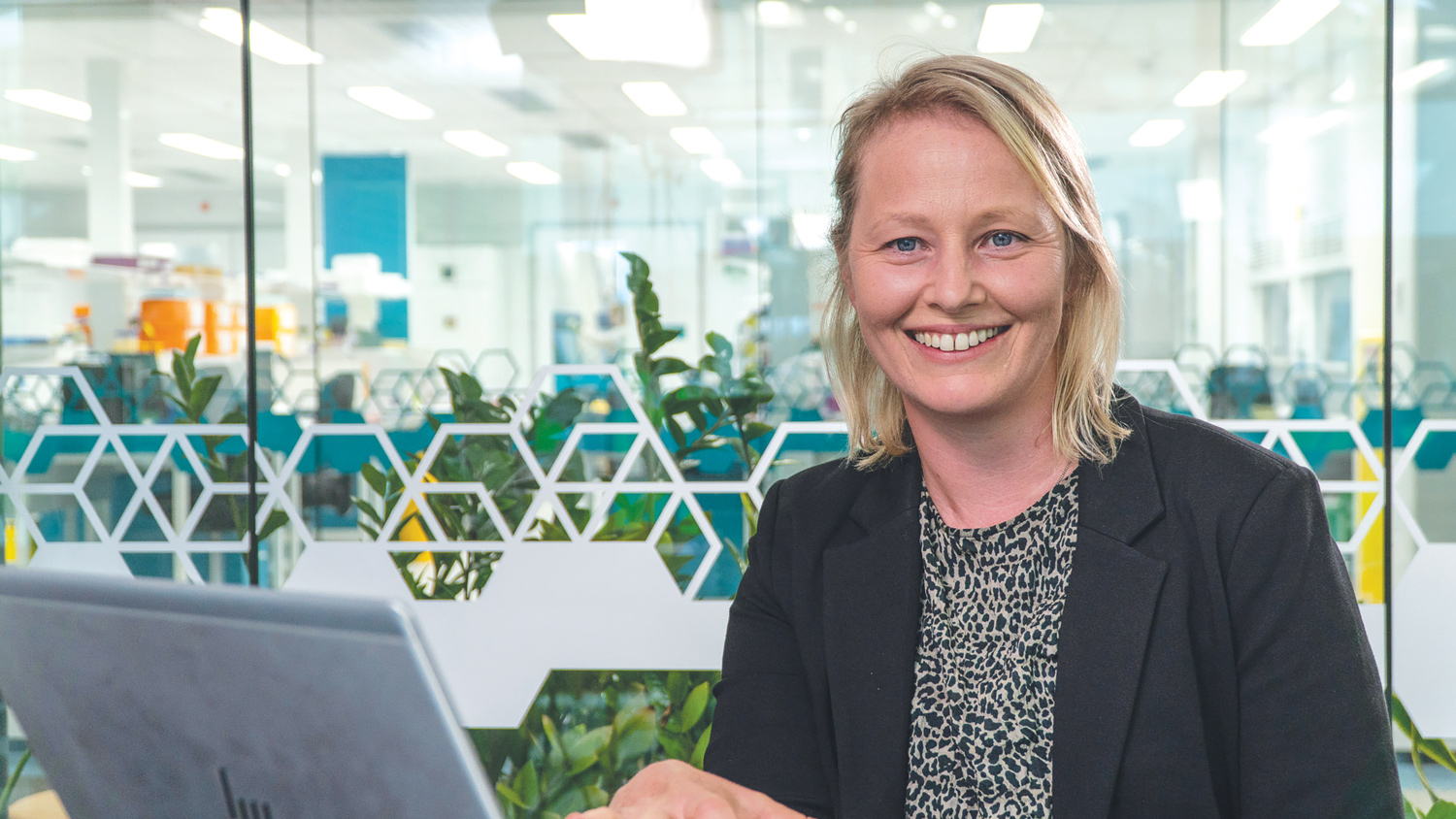 Few medical professionals understand the need for a comprehensive cancer centre more than Associate Professor Shannon Simpson who has survived cancer twice – all before the age of 40.

The co-head of the Children’s Lung Health research team at the Telethon Kids Institute and Curtin University was diagnosed with breast cancer in 2009 when she was in her late 20s and living in Melbourne doing her PhD.

She later moved to Perth to continue her research in respiratory physiology and, in 2013, when she was aged 33, the cancer returned, this time in the top of her femur.

Unlike the seamless treatment in Melbourne at the then Austin Hospital (now the Olivia Newton John Cancer Centre), in Perth she had to navigate her way between at least eight different medical centres and multiple health professionals.

Even as a medical professional she felt overwhelmed navigating the system, with some treatment appointments booked for the same time in different locations.

“When I went through my second round of cancer, I had surgery in one hospital, rehab in another hospital and chemo in another two, and then I ended up seeing a specialised oncology psych service at a different hospital again,” she told Medical Forum.

“With my first lot of treatment in Melbourne there was a more holistic style of care, and because I was in my 20s when I was undergoing that treatment, they made sure that when I came in for my chemo, for example, they would have a young survivors’ morning, so we all had our treatment together and formed a peer network.

“We were able to talk about what was going on for us, when there were so few other ways to get connected to people going through a similar experience. A social worker would come in and do some guidance stuff with us and the women in the group were put through a ‘look good, feel better’ program, learning how to put on make-up when you don’t have hair or eyebrows or lashes – things that can really help during your cancer journey.”

Prof Simpson said that because of her experiences, in her own area of research – children born preterm – she made sure families and people with lived experience sat alongside the research program.

“I’ve seen big changes in cancer care over the past 10 years or so, since my foray into the health system with cancer 13 years ago,” she said. “There are still a number of gaps that need to be addressed and my hope would be that the comprehensive cancer centre will take us a step closer to addressing some of them.

“Having all those services under one roof would be absolutely amazing. It would take away a huge burden of having to manage all of them and be quite a relief.”

As far as her own recovery is concerned, she says she is regarded as a bit of an anomaly.

Because she was diagnosed with stage 4 metastatic diagnosis in 2013, she had less than a 5% chance of survival beyond five years. But next year it will be 10 years since her treatment and she has no sign of cancer.

“While no one will actually say I’m cured, I’m certainly living very well without any evidence of disease, so I’m very grateful for that,” she said.

“But it’s never a one-time journey for anyone with cancer, as there’s always the risk that the cancer will come back at some point, and that’s exactly what happened with me – my second diagnosis was a metastatic recurrence.

“But even if it hadn’t come back, cancer never ends when your chemo and radiation finish, there’s this lifetime of follow-up and all the other considerations.”

She said for young women, cancer can mean going through menopause because of chemotherapy and then having bone density issues their whole life.

“The treatments that you’re given are pretty brutal and do lead to lifelong consequences, especially when you have them when you’re younger,” she said. “The side effects are harsh, and of course when you’ve had treatment for cancer, you’re more likely to have another cancer because the treatments themselves can cause cancer, so it’s a bit of a tricky space.”

It would allow WA to be part of an integrated national network of comprehensive cancer centres around Australia being developed by the Australian Government’s Cancer Australia agency. It would hopefully help prevent a ‘brain drain’ of doctors, nurses and other professionals leaving WA for other cancer centres in the eastern states.

“Until now, Western Australia was the only mainland State in Australia that did not have a truly comprehensive cancer centre in operation or in development,” he said.

“As with any project of this scale, there is still a lot of work to do to get the centre built and running to service the community, but this is a huge and significant move. There’s a growing network of comprehensive cancer centres across Australia, and we want to be a part of that.”