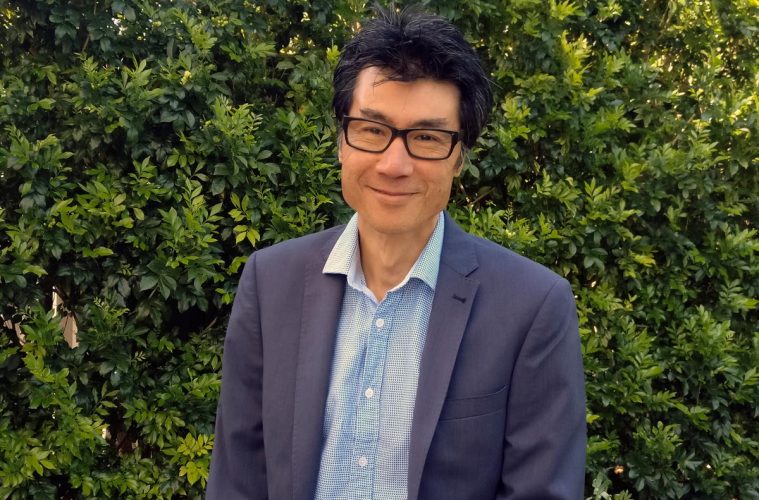 Change and How to Get There Finding your own space in a profession and indeed the world can be a lifelong process. Some find it quicker than others, but for many of us, how we start out is very rarely how we end up.

In the case of Dr Richard Yin, the Shenton Park GP who has become a respected voice in the WA medical community for his advocacy and activism for action on climate change, it took some confronting events while in the Wheatbelt  as a young doctor to reset his thinking and his attitude toward medicine.

“I was two years out of medical school and I was ready to leave. I hated it. I don’t think my mind was particularly well and I was overwhelmed with what I had to do not to make mistakes,” he told Medical Forum.

“I credit the time working with my friend Peter Cummins, who was a solo GP in Gnowangerup, for helping me back to medicine. The experience of working in the country and being self-reliant changed something for me.”

“The day I arrived, a car rolled over, and a week later a boiler at the Ongerup sports club exploded with a juniors’ game going on. We didn’t know how many people were coming our way but there was just the two of us until help started arriving from Albany and Katanning, including the Flying Doctor.”

“Being able to do something to help, and being involved in the community and witnessing how everyone stuck together, was powerful. Something happened to me.”

Doing your best is OK

“I think it was a realisation that unlike medical school, it wasn’t about being right but simply about doing the best you could in any given situation and that was good enough. There was also the humility of not knowing, and the appreciation of being able to pick up the phone and ask.”

“I’m still finding my place in medicine but I know it will never be at the centre. I don’t see myself as an ideal GP. Others in mu practice are more assured in the role and communicate more easily. It’s never been my forte.”

Regardless of this harsh self-assessment, Richard has been prepared to think outside the box from the start.

An interest in musculoskeletal medicine was piqued as a fifth year student in Albany when he found himself being supervised by Medical Forum’s medical editor Dr Rob McEvoy. When the young Richard asked some tricky questions, Rob told him “go talk to the physio next door, they know much more than we do.”

He did and became so intrigued by the field of study he wanted to learn more.

“The Australian Association of Musculoskeletal Medicine was formed and it started to gain traction in general practice but at that time the only course I could do was a post grad physio degree at Curtin University, which had an international reputation for the quality of its teaching.”

“I was one of only two doctors in my year and I think only a handful in the whole of Australia who went through a physiotherapy based training. What has shifted since that time is the model of care, which now involves a more bio-psychosocial viewpoint and GPs, I believe, are much better placed for this sort of medicine because that’s what we do on a daily basis.”

The interest in musculoskeletal issues, pain being a major component, led him to collaborate with his friend, physiotherapist Prof Peter O’Sullivan, in the start-up Body Logic. What we shared in common was an acknowledgement of the psychosocial dimensions and a focus on function and movement as essential in management.

“The most common driver of chronic pain is fear avoidance. Avoidance comes out as a really strong predictor of persistent pain. This kind of medicine drew all the threads together, I was interested in psychosocial dimensions and trained patho-anatomy, and it was part of my life for a little while, though separate from my work in general practice,” he said.

While he no longer has dedicated time away from general practice, he maintains an interest in musculoskeletal medicine and the long-term suffering it can cause. His reading and clinical experience are wide, which have led to some clear views on current practice.

He would like to see more creativity around the standard treatments of acute and chronic pain.

“We need to rethink that two-step process as a linear proposition because pain is evolutionary and each step of that evolution requires different ways of seeing and thinking about the problem. We need to find approaches in that intermediary phase to disrupt acute pain from becoming chronic pain,” he said.

“When you’re in the game for long enough, you know that one of those patients is potentially saveable. You can do some remarkable things with a certain type of person that statistically you could go, ‘you know what, you haven’t got a hope in hell’.”

He also feels strongly that many patients will never benefit from aggressive and invasive interventions.

“It’s an easy thing to do, refer these patients on, because they are complicated. However, the consequences of putting them on a path of treatment that focuses solely on a structural cause for pain are often terrible. The approach is so outdated.”

How health dilemmas affect individuals differently is a part of an existential concept Richard has always found intriguing and it has fed into his lifetime journey through Buddhist thought and teaching.

Richard was born in Singapore (?) and his family came to Australia in the 1960’s(???). Once settled in Perth, the young Richard was fascinated with his conversations with a Buddhist friend of his parents. While he now describes himself as a “liberal Buddhist”, he has found Buddhist teaching and active meditation invaluable for his own mental health and a tremendous aid in his interactions with patients.

“Buddhism for me is I think less about peace, if by that we mean a sort of ‘quietism’, and more about finding truth – an attempt to understand how to live acknowledging suffering, uncertainty and impermanence, and the capacity to find sanity amid the chaos,” he said.

“To that end I think the teachings are particularly helpful in this current period. They also provide a framework to support those with chronic pain to find meaning within suffering and/or uncertainty.”

The need to speak out on the truth climate change and its impact on health is another part of this journey.

Since the Lancet reported in 2009 that climate change was the biggest threat to health in the 21st century, the message has been filtering out. With each successive year, there has been a parade of extreme weather and environmental disasters which has made that message clearer for both the community and health professionals.

Richard is heartened by the growth of the Doctors for the Environment organisation and that the Royal Australian College of Physicians has taken up the cause. He now hopes that other colleges and the AMA move beyond position statements, which he says are universally wonderful, but now action and strong advocacy is needed.

“I think these groups don’t see climate change and health as part of their ‘core activity’ and have yet to define in a changing world what their core activities should be. There is an overall failure to recognise that social and environmental determinants to health will be the key drivers to our disease burden and the profession’s future workload,” he said.

“We need to have an eye outwards beyond the health sector to understand that unless we take care of these determinants, we won’t be able to cope. That includes the looming epidemic of diabetes and obesity and other non-communicable diseases but also what a 3-4 degree world will look like from a health perspective.”

“There is momentum for change but we have yet reached the tipping point where action is inevitable. How far off are we? Mathematically, one theory of change says we need 10% of the population to change for there to be a tipping point, a more recent, a psychology paper would say we need 25% to change. .”

“Once we get there it will hopefully be downhill, but in the meantime, it is pushing this message uphill and while that is tiring, I think we are coming close to that tipping point. While I’m optimistic change will happen, the real issue is whether it will come in time.”