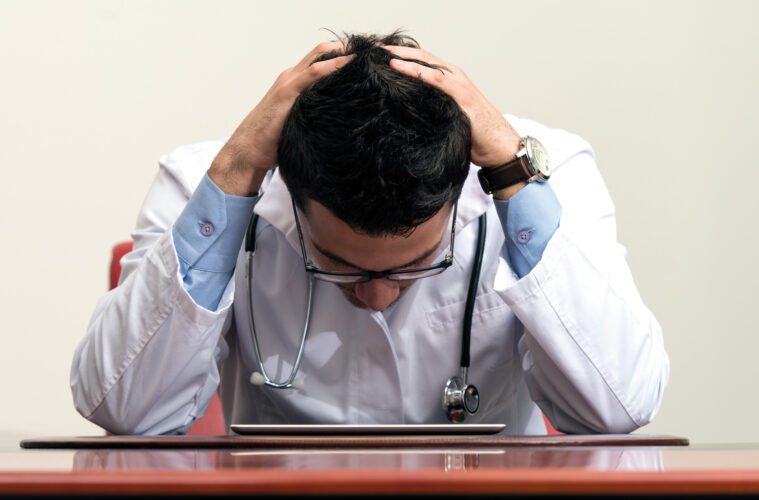 Imagine starting work just like any other day, and just as you finish seeing a patient mid-morning, a letter arrives from the Australian Health Practitioner Regulation Agency.

A patient has complained about you and you need to respond – even if you think it is completely baseless.

You continue to see patients for the rest of the day, but your mind is racing about having to respond to a complaint that at best will be time-consuming and annoying but at worst could jeopardise your career.

According to the Australian Institute of Health and Welfare, 13,666 medico-legal claims were made in 2013-2014 about practitioners in the public and private sectors. This figure does not include claims from Western Australia, which did not report its claims for this period. Enore Panetta, who is managing director at Panetta McGrath Lawyers which specialises in defending medical, dental and allied health professionals, said the number of cases he has represented throughout his career is too many to count but a conservative figure would be about 100 a year.

According to APHRA, the most common reasons behind notifications are clinical care (43.5%), medication-related issues (nearly 10%) and communication (7.2%). During 2018-2019, immediate action to restrict or suspend the registration of a medical practitioner was taken in 580 cases, and in 132 cases the notification ended up in a tribunal. In all of these 132 cases, a disciplinary action was taken.

“I have dealt with the full gamut of complaints/claims against practitioners, including allegations of sexual misconduct and other boundary violations, misdiagnosis, inappropriate or inadequate treatment/management of patients, system breakdowns and follow-up failures and medication errors,” he said.

Medico-legal issues in Australia are initially handled by medical Indemnity companies and all doctors and other health practitioners are required to have indemnity protection. MDA National, one of Australia’s largest medical defence organisations with about 55,000 members, handled 9,303 medico-legal inquiries during 2019. 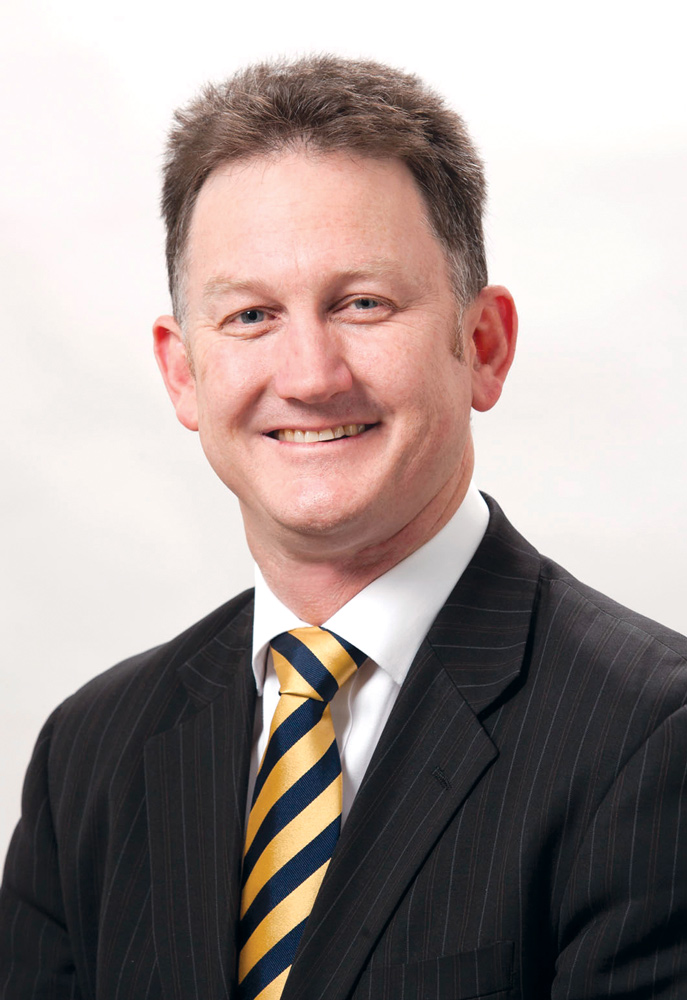 According to Dr Michael Gannon, a WA obstetrician and gynaecologist and president of MDA National, it is common for doctors to face medico-legal issues at some point in their career.

“It would be unusual for a doctor to go a whole career without calling on their medical defence organisation,” Dr Gannon told Medical Forum.

Mr Panetta shares one case example of a doctor who shared controversial information on social media. The notification by AHPRA involved a GP who shared posts about Australia’s COVID-19 policies in his personal social media page.

“(The GP) had shared posts on social media from other persons questioning the effectiveness of COVID-19 testing and masking, urging an end to lockdowns and claiming that the Prime Minister was blackmailing Australia with threats that they must be vaccinated, which was an attack on liberty and rights,” Mr Panetta said.

While this case is still under review, Mr Panetta points to some important issues to consider. Even if views or opinions are clearly personal, the Code of Conduct and various position statements published by the Medical Board extend to what a health practitioner can say in their personal capacity.

“Personal posts fall within the board’s jurisdiction and, essentially, the board makes little distinction between a practitioner’s professional views and personal views,” he said.

The logic behind this thinking is that patients and the general public often rely on whatever a GP says and will not distinguish between personal or professional views. If a GPs says something, many people will put great weight on those words.

Mr Panetta says some practitioners view these regulations as a form of censorship that discourages robust debate on important issues. But there is an important take home message.

“Any publishing on social media which may be inconsistent with public health messaging (by local, state or federal governments and their agencies) with respect to COVID-19 and vaccination will be subject to scrutiny by the board,” he said.

In another case, Mr Panetta recalls a GP who shared a bit too much with a patient he found online.

The patient complained and the Medical Board took immediate action, restricting the practitioner from having any contact with female patients while it investigated the matter.

“I have seen other factually similar cases where interim restrictions (including gender-based restrictions or even suspension) can remain ‘temporarily’ in place for over two years.

“Unsurprisingly, such restrictions make it very difficult for practitioners to remain in, or obtain alternative, employment,” Mr Panetta said. 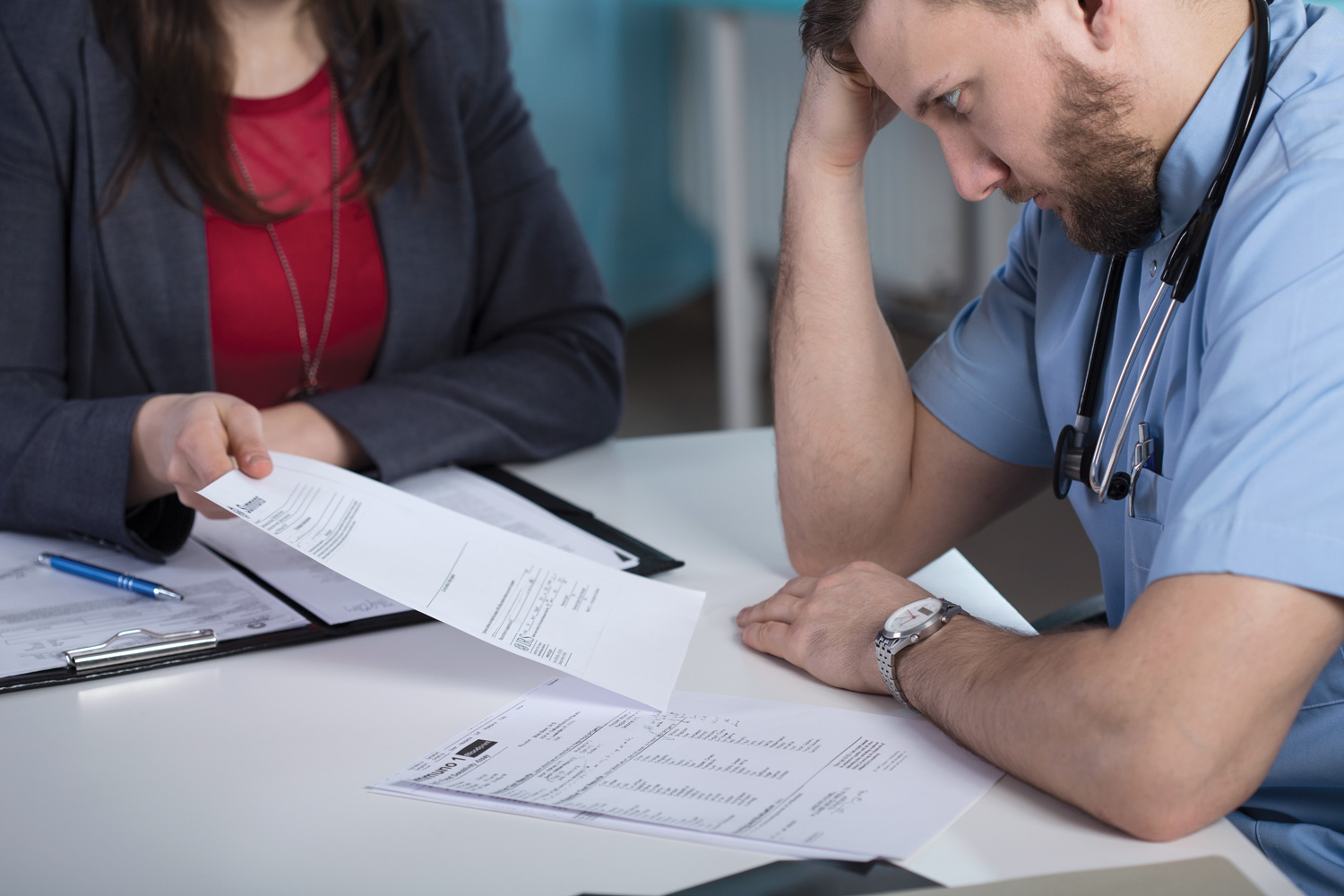 Medico-legal issues can be hard to avoid, particularly in certain medical specialities. For example, surgeons are more likely to experience complications from an operation than a GP might from a consultation. When any complications or issues arise, they need to be reported immediately to medical defence organisations, according to Dr Gannon.

“If you have a patient that has been returned to theatre, fell very unwell and had an unplanned ICU admission, or required a second major operation, you should report that. And that might be the last time you need to discuss it,” he said.

So, how can you avoid legal trouble? According to Dr Gannon, the best approach is to be excellent in your practice.

“A doctor who is less likely to get into trouble is a doctor who turns up to work healthy and well themselves, looks after patients in good conscience, takes time to listen to their patients, writes good notes, follows up their patients,” he says. “So, in other words, good medical practice is by far and away the most important way to avoid medico-legal trouble.”

Another important issue is balancing the need to build trust with a patient and how much personal information you share. For GPs, building effective doctor-patient relationships sometimes involve engaging with their patients and sharing some level of personal information.

Dr Gannon said that he had recently spoken to many patients who have been reluctant to get the COVID-19 vaccine. For these patients, Dr Gannon shares his own experience getting his teenage children vaccinated.

“That’s an example of relating personal details in a clinically relevant way. And that’s probably reasonable,” he said.

Doctors can also rely on a simple technique to avoid putting themselves in the conversation.

“They might talk about someone in the third person. So, for example, if they think of something from their own life that’s relevant or relatable to a patient, they might say, well, ‘I’ve got a colleague’ or ‘I know this doctor’,” Dr Gannon said.

If you need to manage a patient regarding sensitive issues such as sexual health, or if the patient suffers from mental health problems, doctors should consider using a chaperone during examination.

“It’s very important to have good notes to support your version of events,” Dr Gannon said.

“The reality is that people across the board, including doctors, share deeply personal things on social media,” he says. “I think that doctors should be very selective about what they post. It’s certainly an area of growth in in our work as a medical defence organisation.”

And even if a doctor does everything right, they can still end up in hot water but the first step,
on receipt of a complaint, is to remain calm.

The report noted that there was a significant increase for employment and Medicare-related queries, up 27% and 42% respectively from the previous year.

“The increase in calls relating to Medicare reflects the need for advice on the wide range of Medicare compliance activities, as well as on the new COVID-19 telehealth item numbers,” the report said.

Being careful in your practice, making good notes and offering a chaperone during a medical examination are all good practices that may help you get out of trouble one day, but, according to Mr Panetta, changes are needed in the way AHPRA manages complaints.

“Practitioners are often left in limbo for up to 18 months, sometimes longer, during which time their conduct or performance is being investigated,” he said.

During this time, practitioners may see their ability to practise greatly reduced, potentially affecting their professional reputation, finances and mental health.

“I have seen practitioners suffer severe mental health consequences as a result of these investigations, some of which have even contributed to practitioner suicide,” he said.

“In my view, the disciplinary process is in need of significant overhaul in order to ensure that practitioners are not subject to such undue extended delays.”