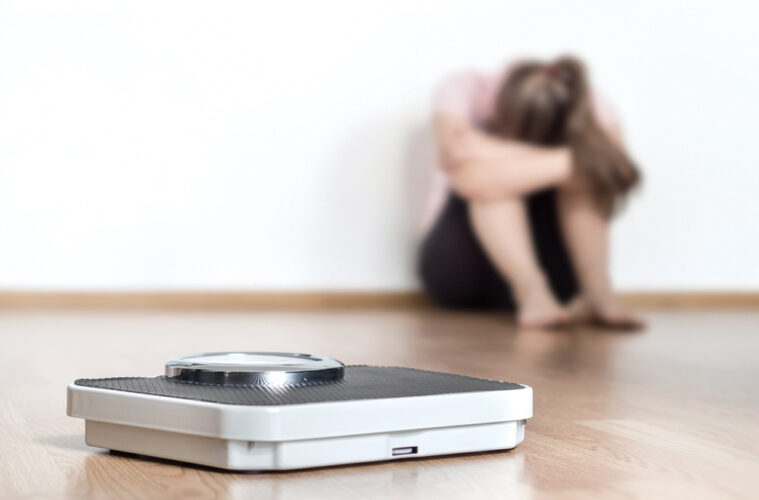 As if demand for eating disorder services was not already overwhelming, the pandemic has added a new stressor, as Cathy O’Leary explains.

Like many of her colleagues working in the eating disorders space, clinical psychologist Sue Byrne is doing her best to get to as many people on the long waiting lists.

Demand for treatment services was already running hot before the COVID pandemic hit, but a combination of restrictions on people’s movements and more vulnerable people – some fuelled by social media posts that trigger body image concerns – has created the perfect storm for added pressure on limited public and private services.

Researchers from Curtin University’s School of Population Health are currently looking at how an obsession with perfectionism and its links with eating disorders could be affecting teenage mental health.

Rates of eating disorders increased during the height of the pandemic as teens were forced online to socialise and study.

As clinical director of The Swan Centre, a private outpatient clinic which the UWA researcher opened more than four years ago, Dr Byrne, right, has seen a spike during COVID lockdowns and restrictions.

“It’s probably been across the board for all psychological disorders but for people with eating disorders, they want to be in control, so they started over-compensating,” she said.

“It has been difficult for them, and we did get a big increase in referrals around lockdown time – and it’s still ongoing.

“While we used telehealth, the waiting list is still huge, and we’re trying to do our best to see people as quickly as possible, but it’s taking months.”

Dr Byrne said her clinic had started offering a single session intervention within two to three weeks of anyone referring to them. This was to assess if they were suitable for the service and give them psycho-education about their eating disorder and resources to use while on the waiting list.

“There is still only one public outpatient clinic, at CCI (Centre for Clinical Interventions, part of North Metropolitan Health Service) for adults 16 years and over, and while there’s our private service and some others have sprung up, demand is absolutely huge,” Dr Byrne said.

“Binge eating disorder is probably the most common and is equally distributed among males and females, and the most common time of presentation is middle-age,” Dr Byrne said.

“That doesn’t mean they haven’t had the disorder for a long time, it’s just that they don’t present until middle-age, and it’s usually for weight loss treatment. They gain weight over time and don’t even realise they have an eating disorder.

“It’s often missed by health professionals because these people go to a doctor and they’re told they just need to lose weight, so they go on a diet and that makes the binge eating disorder even worse.”

She said what was often not understood, even by GPs and other health professionals, was that most people with an eating disorder were not underweight, and people with a high body mass index were often dismissed or misdiagnosed.

“They’ll say, ‘I think I have an eating disorder’ and the doctor or other professional will say ‘don’t be silly, look at your BMI.’

“But starvation syndrome can happen at any size. You can get someone with a high BMI, but they present with anorexia nervosa because they’ve been starving or malnourished – their genetic make-up stops them from being underweight.

“But they’re still in starvation syndrome, and that’s often missed.

“If someone who was 125kg presents weighing 85kg, that’s a huge amount of weight they’ve lost, but the doctor will say ‘well done, you’re fine.’

“They might not be underweight, but they have lost a precipitous amount of weight in a really short period of time and can be really unwell. We’re seeing a lot of these presentations.” 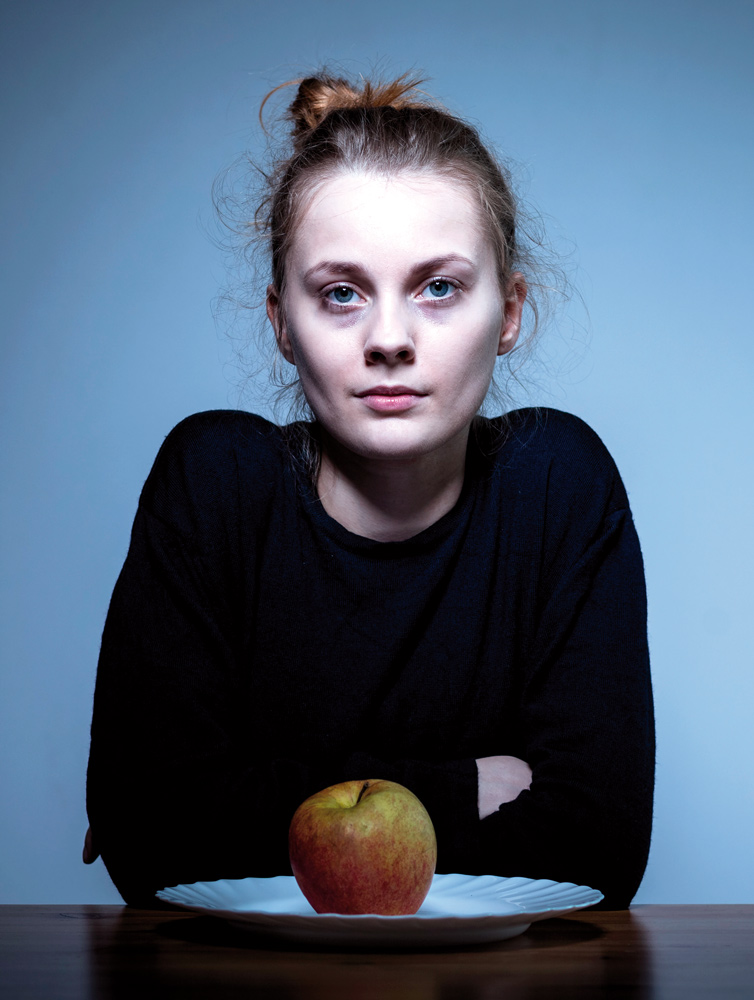 ‘Clean eating’ not so healthy

Eating disorder clinics are also seeing people presenting with anorexia or bulimia nervosa stemming from a behaviour known as orthorexia, or an obsession about ‘clean eating’.

It is not considered an eating disorder because they are not so much worried about their weight, but rather putting something that is not ‘clean’ into their bodies. This in turn could trigger an eating disorder.

Dr Byrne said it was not healthy eating at all because often these people were not getting enough nutrition, and the behaviour was being seen in young, primary school-aged children.

She was concerned that the demonising of some foods was having a negative effect on at-risk children.

“I can’t tell you how many times I’ve seen a 12 or 13-year-old kid – boys and girls – who’ve been in a school health class looking at the dangers of processed foods, or they’ve watched That Sugar Film movie,” she said.

“In kids who are vulnerable psychologically or genetically, that can often kickstart an eating disorder.

“Most people don’t take much notice, but the sort of kids who are going to develop anorexia are those who have a genetic vulnerability, and they’re also often high achievers.

“They want to do the right thing and are perhaps a bit obsessive and can get really stuck.”

Another issue taking up seats in clinic waiting rooms was avoidant restrictive food intake disorder (ARFID), which was only recently listed in the DSM-5 mental disorders diagnostic manual.

Dr Byrne said it was often called fussy eating, where eating became very restricted but not because of weight and shape concerns.

“One pathway is sensory sensitivities, where they have an aversion to certain textures and tastes, and it often comes up in kids with autism – they don’t like slimy foods,” she said.

“There are also some people who are super-tasters and very sensitive to certain tastes, and we can treat them with graded exposure to different textures.”

Another pathway was anxiety, where perhaps a child had choked on food or vomited after eating something, and that led to avoiding lots of foods.

“And sometimes it’s just the way the kids are – they have a restricted range of eating, but it’s not to do with their weight,” she said.

“Unless it’s causing a big problem in terms of nutrition, it’s not a big deal, but it is a problem if it’s not allowing them to grow or they’re malnourished, or if it restricts them socially because they can’t go out to eat with their friends.”

Clinics were also seeing a condition dubbed in the US as ‘bigorexia’ – mostly in teenage or young adult men. They sought a ‘ripped’ six-pack ab look and were obsessed with bulking up by extreme gym time, a focus on protein diets and intense muscle-building goals.

Again, it was problematic if it started to impact on their functioning – physically, if they became medically unwell, or in their general functioning by interfering with their relationships, work or ability to function normally in society, or if it became their sole source of self-worth or self-esteem.

Dr Byrne said one of the first things that happened when people severely restricted their eating was that they could become totally preoccupied with food.

It was a survival mechanism from caveman days when food was scarce. Our brain was exquisitely sensitive to any sense that we were not getting enough nutrition. If the brain picked up on that, it could cause changes, including becoming totally preoccupied with food and the next meal.

Despite most people having a plentiful supply of food – some would say over-supply – our brains still thought we were in a famine.

“For someone with an eating disorder when you ask them what’s the worst thing about how they feel, they say it’s that they can’t stop thinking about food – it’s on their mind all the time and it’s driving them crazy,” Dr Byrne said.

“For anyone who is not getting enough nutrition, whatever their size, because of that cave person brain that’s how we behave. Our brains don’t realise it’s 2022 and there’s plenty of food around.”

Dr Byrne said this made it difficult for health professionals when someone with anorexia said they really wanted to get over the disorder – they didn’t want to have this consuming preoccupation with food, but they also didn’t want to gain weight.

“And I have to say to them ‘well that’s not going to happen, you cannot recover psychologically from an eating disorder while you’re malnourished – it just doesn’t happen.”