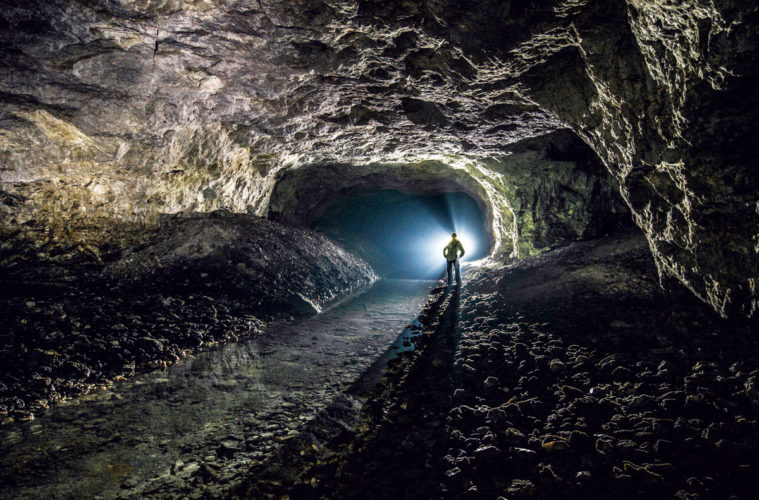 Smoking in the workplace has been banned for years, except, it seems, in the world underground.


It is time to explore the health effects of environment tobacco smoke in addition to existing diesel engine exhaust fumes and other carcinogenic dusts in underground metal mines.

And in that inquiry, address the hazard of smoking cigarettes in mines which are subject to rare and unpredictable inflows of flammable gas from previously unknown methane pockets/bubbles within surrounding strata.

Whereas the Davy Safety Lamp was a life saver for those working in underground coal mines, carbide lamps with their open flames continued to be in use in metal mines until the development of the highly efficient electric battery cap lamps.

Not surprisingly, therefore, metal miners were, and still are, allowed in many jurisdictions to smoke at underground worksites. The question is, bearing in mind our updated knowledge of its health effects etc. and possibility of igniting inflammable methane/air mixtures, should it continue to be allowed.

Whilst there is nothing in WA’s Mines Safety and Inspection Act 1994 or its regulations regarding the practice of smoking tobacco products in underground metal mines, apart from a brief reference in Regulation 8.13(1) to the prohibition of smoking within eight metres of activities involving explosives, there is reference by Worksafe to legislative interpretations.

It answers the question put by a mine manager regarding how the Smoke-Free Places Act applies to smokers who work underground and it is quite revealing. Worksafe stated that, based on the definition of ‘indoor workplaces’, the act applies in an underground mine. However, it goes on to state, given that:

It therefore concludes that “smoking will be allowed in an underground environment in areas with flow-through ventilation, but is not allowed in lunchrooms and refuge stations”. Furthermore, it states that “this interpretation does not prevent the employer from exceeding its requirements”.

The underlying premise that flow-through ventilation at underground worksites is efficient in removing diesel emissions is and has always been false. As stated by Adrian Barnett: “it’s safe to say there is no safe level of air pollution” and recent NHMRC-sponsored research of underground miners’ exposure to diesel exhaust fumes, which has been estimated in 2011 for an underground miner’s working lifetime to be associated with 38 extra lung cancer deaths per 1000 males. 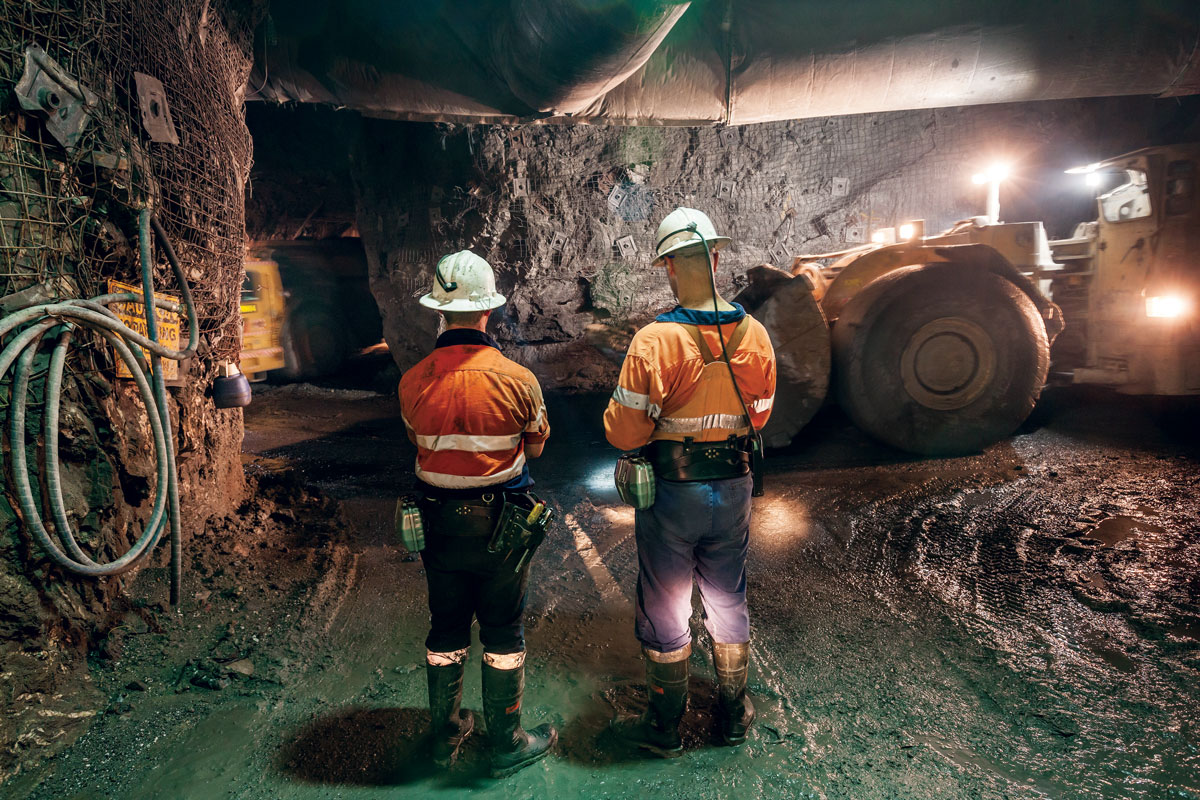 
Environment tobacco smoke is smoke from burning tobacco, which permeates the surrounding environment and other persons can breathe. It is sometimes referred to as ‘second-hand smoke’. Environment tobacco smoke is a complex mixture of particles, vapours and gases, and includes more than 4000 compounds of which 60 are known carcinogens. These include carbon monoxide, nicotine, polycyclic aromatic hydrocarbons, hydrogen cyanide, pesticides, toxic metals and radioactive substances.

The health effects of breathing environment tobacco smoke include:

As a complex chemical mixture, environment tobacco smoke does not have an occupational exposure standard. Suffice to say, breathing second-hand tobacco smoke increases the risk of cardiovascular disease, lung cancer and other respiratory illnesses and can worsen existing illnesses such as asthma and bronchitis.

An interesting related scientific article published in BMC Public Health (2017) concluded that “there are no multiplicative interactions between tobacco smoking and occupational lung carcinogens (asbestos, crystalline silica and diesel engine exhaust emissions). It is also important to highlight that background radon and cigarette smoking have synergistic and multiplicative effect on lung cancer. Even though, specific programs should be developed and promoted to reduce concomitantly the exposure to occupational lung carcinogens and tobacco smoking”.

Nevertheless, a much earlier study in 1957 concluded that in urban areas, heavily polluted with motor exhaust fumes and general urban air pollution, cigarette smokers’ incidence rate of lung cancer was fourfold higher than among smokers in rural areas.

This suggests that such high incidence of alarming respiratory hazard may be due to the combined and cumulative effects of urban pollution in conjunction with the chronic action of tobacco smoke.

The NHMRC-sponsored research carried out recently at UWA highlighted that of the total cohort of 153,898 surface and underground miners, 54% of them were ever-smokers, indicating the heavy incidence of smokers employed in the industry.

Many unwanted gases are encountered in underground mines, be they combustible, toxic or asphyxiant types. These include methane (CH4), carbon monoxide (CO), oxides of nitrogen (NOx), hydrogen sulphide (H2S) and sulphur dioxide (SO2).

Methane is most commonly associated with coal mining, but it is not unknown in metal mines. Whilst it isn’t common, it can and is encountered unexpectedly in metal mines, particularly when drilling intersects so-called methane gas bubbles. Such encounters have occurred at various underground mines in the Eastern Goldfields, as well as at surface exploratory drilling sites.

These occurrences can be particularly hazardous since methane, when mixed with air at concentrations between 5% and 15%, is explosive if a naked flame or high temperature sparks are present.

Indeed, as pointed out in the Department of Consumer and Employment Protection, Mines Safety Bulletin (2005), “the effects of such gas explosions can be severe. In South Africa, multiple fatalities involving 25 deaths over a 10-year period have occurred as the result of methane explosions in the gold mining industry. While there has been no recent loss of life in WA, fires, equipment damage and loss of production have resulted from methane intersections.”

Looking to localised occurrences we note the following extract from the Department of Mines Annual Report, WA, 1961:

Another reference of note is contained in the above Mines Safety Bulletin:

Nowadays, gas monitors are located at all drill sites and are routinely used by shift-bosses as they carry out their supervisory tasks. Nevertheless, cigarette smoking is an unnecessary hazard in such dangerous environments.

In view of the complexity of carcinogenic dusts and fumes that most hard rock underground mineworkers are exposed to, it is vitally important to inform them of these facts and for scientific researchers to investigate the synergistic and holistic health hazards of the polluted air breathed by most underground metal mineworkers on a regular basis.

It is also time to acknowledge the unnecessary hazard created by underground metal mineworkers smoking cigarettes in environments subject to sudden, rare, but unannounced inflows of flammable gas from surrounding strata.

Surely, therefore, it’s time to discontinue the current practice of underground metal miners being allowed to smoke cigarettes at worksites.

Ed: This is an edited extract of an article published  on the AusIMM website: https://www.ausimmbulletin.com