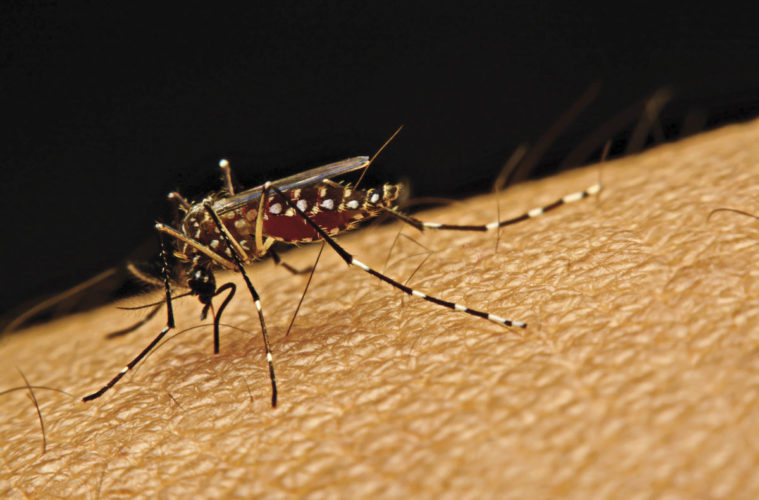 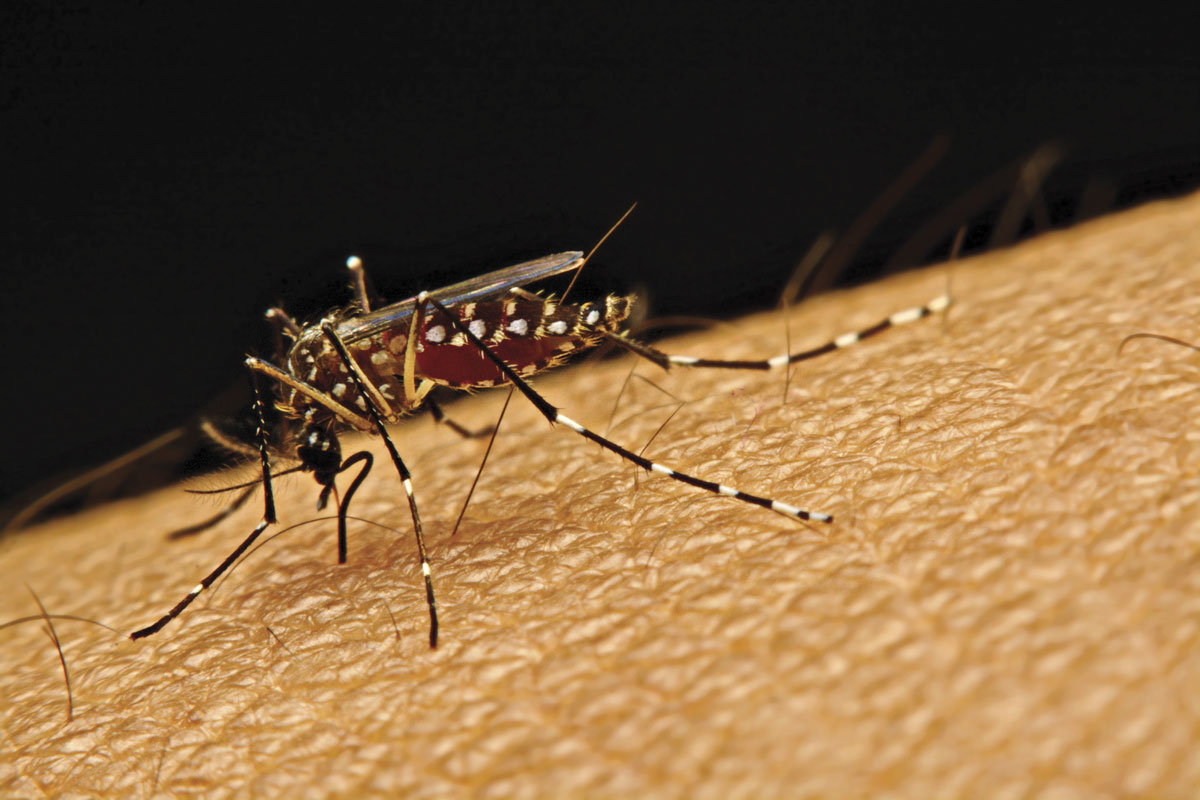 Researchers at CSIRO’s Australian Animal Health Laboratory may have found a solution to curtail the spread of dengue virus (DENV) by genetically engineering mosquitoes to reduce their vector competence, thereby restricting their capability to acquire and transmit pathogens.

The findings offer a proof-of-concept of the capability of genome engineering and the reduction of arboviruses.

The genome-engineered mosquitoes, Aedes aegypti, are reported to be 100% resistant to the four DENV serotypes – a world first.

Although the lab-based findings are compelling, the journey from the laboratory to the real-world has just begun for the modified mosquitoes, as a genetic drive mechanism will need to be demonstrated to ensure future generations of mosquitoes continue to supress DENV serotypes.

The mean human body temperature has decreased in the United States since the industrial revolution according to researchers at the Stanford University School of Medicine.  In 1868, the mean body temperature of 37°C was established as by German physician Carl Reinhold August Wunderlich. The researchers analysed three population datasets ranging from 1862 to 1930, 1971 to 1975 and 2007 to 2017, which featured 677,423 temperature measurements. According to the researchers, the human body temperature decreasing at -0.03°C per birth decade for men and -0.029°C for women. Men of today were reported to have -0.59°C body temperature decrease as compared to men born in the early 19th century, while women of today were reported to be -0.32°C cooler. The authors suggest the body temperature changes could be causal to a decrease in metabolic rate, which is hypothesised to a population-level reduction in inflammation since the 19th century.

Johnson & Johnson Pharmaceutical will be breathing a little easier after an appeal for a review of an $8 billion damages verdict was upheld and reduced to $6.8 million. The New York Times reports that a Philadelphian judge slashed the jury verdict over the marketing of the antipsychotic drug Risperdal, manufactured by J&J subsidiary Janssen. In October the jury found the company had played down the drug’s risks, which could lead to breast growth in boys. The lawsuit was filed by a Maryland man, Nicholas Murray, who sued the company in 2013 after he suffered gynecomastia after he began using Risperdal in 2003, at age nine, to treat symptoms of autism.

Further evidence supporting clinical efficacy of artificial intelligence (AI) systems has been published in the journal Nature. Researchers from Imperial College London, Deep Mind and Google Health designed the study to compare the accuracy of mammogram interpretations between six radiologists and an AI system. The radiologists and the algorithm were presented with anonymised and randomised imaging datasets from the UK and USA. Findings from the study demonstrate the effectiveness of AI systems when compared to highly trained, specialised humans with the AI outperforming the doctors with reductions of false positives reported as 5.7% and 1.2% (USA and UK data) and false negatives 9.4% and 2.7%.

The WHO has called on governments to intervene in the pharmaceutical industry’s inertia when it comes to R & D of new antimicrobials. It estimates that without government help, resistant infections could kill 10 million people a year by 2050. Apart from the human suffering that would have a severe impact of the global economy. But it’s not all bad news from the UN agency. In its report on potential innovative therapies, the WHO identified 252 agents in development that target 12 pathogens declared ‘grave threats to humanity’ including multidrug-resistant E. coli, salmonella and the bacteria that cause gonorrhea. On the other hand, WHO reports that only eight new antibiotics have been approved since 2017, most of which are derivatives of existing drugs. Of the 50 new antibiotics being tested in clinical trials, only two are active against the most worrisome class of bugs, called gram negative bacteria, that can prove deadly for newborns, cancer patients and those undergoing elective procedures such as hip and knee replacements.

Canadian scientists are hopeful that a cannabis compound may wipe out drug-resistant bacteria. Five cannabis compounds have been screened for their antibiotic properties and cannabigerol (CBG), was particularly potent at killing methicillin-resistant Staphylococcus aureus (MRSA), one of the most common hospital superbugs. The Guardian reported that CBG, which is not psychoactive, killed common MRSA microbes and ‘persister’ cells that are especially resistant to antibiotics and that often drive repeat infections. The compound also cleared up hard-to-shift biofilms of MRSA that can form on the skin and on medical implants. The study is under review at the ACS Infectious Diseases journal.

In the worm hole

Lifespan extension is a topic we covered in the November edition, with a particular focus on gene-editing in mitochondria. Researchers have since identified two major pathways that modulate aging in C. elegans, a type of nematode worm frequently used in research on ageing as they have short lifespans of around three to four weeks and share many of their genes with humans.
By identifying and manipulating the synergistic cellular pathways which are responsible for longevity of the worms the researchers were able to extend their lifespans. The equivalent lifespan extension for humans would be around 400-500 years.

Researchers at the Massachusetts Institute of Technology are putting a new range of polymer devices to the test. Not to see how well they stand up, but if they can in fact break down inside the body with the introduction of LED light. Instead of surgical removal, researchers are finding that devices made form hydrogel break up when an LED light is inserted. The team say the approach could be extended to a broader range of medical equipment, as well as offering a new approach to delivering drugs to the right location at the right time. Writing in the journal Science Advances, researchers report how they applied their study to gastric balloons, which are removed after six months with an endoscope. Rather than fill the balloon with fluid, the porous shell was filled with a material that rapidly inflates when wet, and sealed it with a pin made from specially designed light-responsive hydrogel. An hour after inserting the gastric balloons into the stomach of three pigs and checking they had inflated, the team passed an endoscope bearing an LED and shone the light onto the hydrogel pin for 30 minutes. Six hours after the balloon was inserted, scans showed it had reduced to almost 70% of its original inflated size, suggesting the pin had broken down and the balloon’s contents released.