Household showers hide Legionnaires Adelaide is at it again!

This time it has found of 68 samples collected from showers, 75% were colonised with Legionella and 64% contained traces of Legionella pneumophilia, the most common cause of the pneumonia like disease. Microbiologist Dr Harriet Whiley said elderly residents, lung disease sufferers, and heavy smokers are most at risk of contracting the disease. The bacterial lung infection causes fever, chills, shortness of breath, coughing and in serious cases can be fatal. The solutions? As if Adelaide isn’t hot and dry enough? Increased hot water temperature to above 650 and run showers every week to replenish the water sitting in pipes. The study Factors Influencing Legionella Contamination of Domestic Household Showers is available at: www.mdpi.com/2076-0817/8/1/27/pdf.

Researchers in Melbourne say fat adolescents may have brains to match, particularly bigger pleasure and reward processing sensors. The theory is that as adolescents become accustomed to high rewards from impulsivity, body fat acquired from adolescence could develop into obesity with age due to a lack of behavioural change. What behavioural change? The researchers say reward based learning and executive control are compromised in overweight or obese people – more easily influenced by TV ads, and less able to control unhealthy urges. Genetics play a part. Binge eating disorder comes into it. The hope is brain health will be a more accurate indicator of body composition and body fat than BMI. 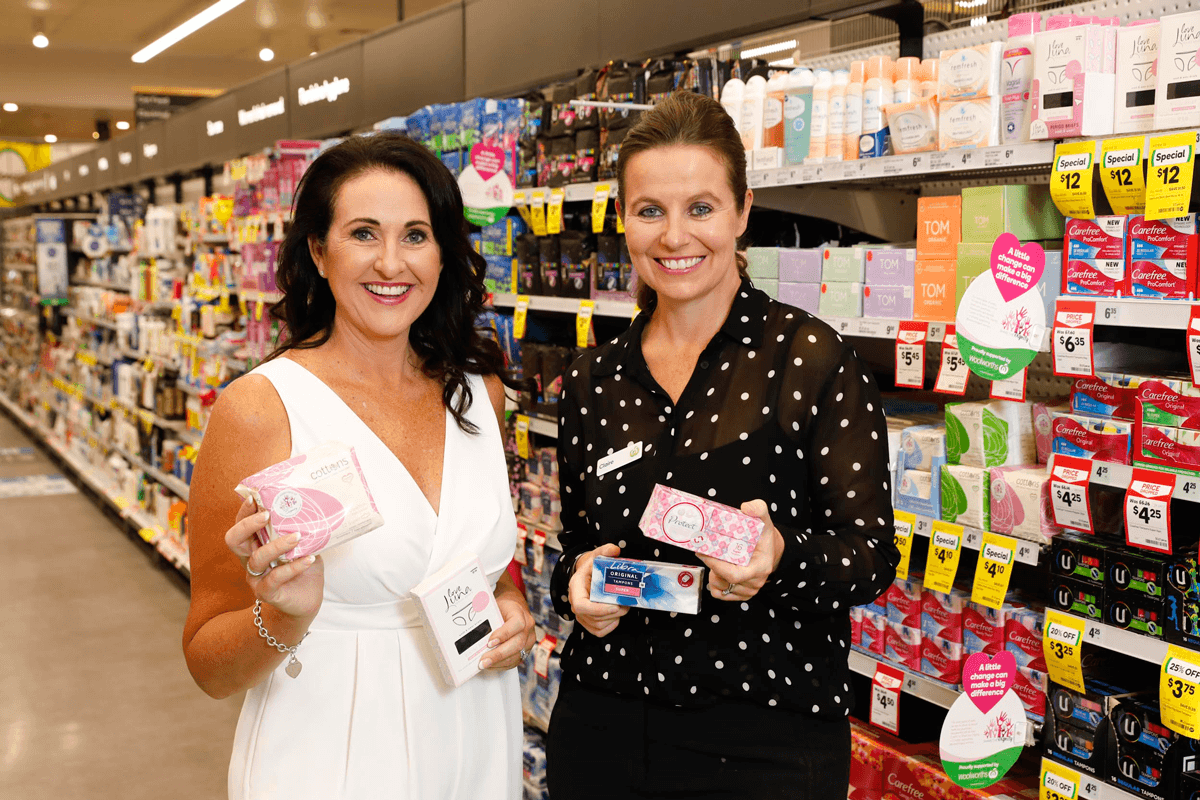 Of the 3.2 million Australians currently living below the poverty line, 52% of those are women and young girls. Many of them experience what is referred to as ‘period poverty’ – being unable to afford necessary sanitary products. Share the Dignity charity founder, Rochelle Courtenay said some women cannot afford sanitary products, when it comes to feeding their children. Share the Dignity started in 2015 to bring dignity to homeless, at-risk women and girls experiencing domestic violence through the distribution of sanitary items. Woolworths has partnered with the charity to raise one million dollars to install 100 free Dignity Vending Machines.

Do we overtest and overtreat?

Choosing Wisely Australia®, an initiative of NPS MedicineWise, says that difficulty accessing patient records may drive unnecessary tests and treatments. That’s according to 54% of GPs and 61% of specialists surveyed. Health professionals also identified patient expectations, potential for medical litigation and uncertainty of diagnosis as factors. The MedicineWise CEO said, “Empowering consumers to be active partners in their healthcare can help overcome barriers to optimal care.”

More than 400,000 Australians present to EDs because of medication errors, according to a recent Pharmaceutical Society of Australia report. A Silver Chain trial plans to reduce those errors. The trial is part of Silver Chain’s Integrum Aged Care + clinic, which is helping more than 140 patients, over 65, with complex chronic conditions. A non-dispensing pharmacist liaises with a patient’s usual GP and the dispensing pharmacy to make sure each client receives the right medications. Silver Chain’s Integrum Aged Care Medical Director, Dr Daryl Kroschel, said self-management and empowering people to understand their conditions, their medications and the associated side-effects were key. GPs will be pleased to learn this includes assisting discharges from hospital in need of support for change in medication or dosage.

Whoever pays the piper…

The studies, funded by a Sanofi Community Support Research Grant, said, “High cholesterol costs Australia $4 billion”. How was this figure worked out? First. they say more than one in three adult Australians (or 7.1 million people) are estimated to be living with high cholesterol, according to a Heart Foundation report. Next, high cholesterol is a key risk factor in heart disease and ischaemic stroke – “more than half of the $7.3 billion cost of heart disease, and 12% of the $1.3 billion cost of ischaemic stroke” – is attributed to high cholesterol. Sanofi, produces a series of cardiovascular drugs. In 2017-18 Australians spent close to $100 million out-of-pocket on lipid lowering medications. But compliance is lowish, which concerns the Heart Foundation Group CEO, Adjunct Professor John Kelly AM, who said: “Thousands of heart attacks and strokes could be averted if people aged 45-74 visited their GP for a heart health check and those with high cholesterol were properly treated and managed.” The Heart Foundation recommends that 90% of eligible Australians have heart health checks.

As journalists we get comparison’s galore as people strive to give their disease more clout by saying it is more expensive, has higher figures, targets particular groups, etc than a competing illness. This one is a good example, “Heart disease kills 3 times more Australian women than breast cancer” and “Every day 22 Australian women die, with more than 48,000 being hospitalised each year as a result of heart disease.” This was ages ago but as World Women’s Day is upon us we thought we would pass on the key messages – women should be heart healthy in diet and exercise and keep families together and change the statistics for future generations – join now to change awareness into women’s heart health by joining up www.heartresearch. com.au/wrd/

An alarming 80% of Aussie kids are eating too much salt with most of it coming from processed food and fast food takeaways, a report from The George Institute for Global Health, VicHealth and the Heart Foundation has found. The report found high levels and a huge variation in the salt content of children’s meals across the four fast food chains (Hungry Jack’s, KFC, McDonald’s and Subway). A children’s chicken nuggets meal from Hungry Jack’s contained more than an entire day’s worth of salt for a four to eight-year-old child, a McDonald’s Cheeseburger Happy Meal with fries contained almost two thirds of a day’s worth of salt, and a KFC Kids Meal Snack Popcorn contained almost half a days’ worth of salt. The salt content of fast foods like chicken nuggets in Australia can be more than twice as salty as similar meals in the UK.

A South Australian study in The Journal of Gerontology: Medical Sciences has found that dementia rates in Australia are falling. The study of 348,311 older people receiving home care services found the prevalence of dementia fell from 26% in 2005 to 21% in 2014. Researchers say that the findings are consistent with other studies reporting a decline in the prevalence of dementia in the US and the UK, but warn that the drop in rates may be short lived with dementia rates expected to rise again as the population ages. There are more than 436,000 Australians living with dementia. Those figures are predicted to rise above 589,000 people by 2028 and above 1 million people by 2058.

Published in the Journal of American Heart Association, the study by the Sax Institute of over 100,000 mothers from New South Wales showed women who breastfed had a 14% lower risk of developing, and 34% lower risk of dying from, cardiovascular disease Women’s health and wellbeing The WA Health Networks Unit is developing for the Department of Health’s a new State policy on Women’s Health and Wellbeing. It is designed to complement work currently underway on the WA Men’s Health and Wellbeing Policy. The new policy for women will focus on inequalities in health outcomes between women and men, mainly in at risk groups.

The Department of Communities is half way through hearing evidence from all those involved in the State Disability Plan. Community workshops across WA were/ are open to everyone including people with disability, family and carers, and those working in the disability/ community services sector. Sessions focus on defining the values of the State Disability Plan and the attitudes and behaviours that better support people with disability. Visit http:// state-disability-plan.eventbrite.com.au for further details and www.communities. wa.gov.au/state-disability-plan

Recently seen on the front cover of The Australian – 34 Indigenous people have committed suicide in 10 weeks. That’s one death every second day. Apparently 11 were children, prompting doctors and health experts to demand a rethink of how to address the worsening problem, particularly among women and children. Mark Wenitong, a veteran Indigenous doctor on Cape York, said there needed to be an urgent but considered overhaul of programs to arrest the soaring suicide rate. The Public Heallth Advocacy Institute at Curtin Uni has a Mediawatch service if you would like to contact them on phaiwa@ curtin.edu.au

An ABC report said refugees living on Nauru have been exposed to potentially deadly asbestos after workers dumped it next to a settlement on the Pacific Island. Some refugees have been building sheds with it. Workers from Nauru Utilities Corporation have been handling sheets improperly, many unaware of the hazards. Of course delayed mesothelioma is the worry, but quantifying the legal risk should keep them talking for some time.

A Curtin University study of mesothelioma sufferers has found that early specialist palliative care did not improve their quality of life. Malignant pleural mesothelioma affects more than 700 Australians each year. Prof Fraser Brims, a co-author of the study published in Thorax, said that the global burden of mesothelioma largely reflects the high use of asbestos throughout the last century, with Australia and the UK having the highest rates in the world. Mesothelioma sufferers experience significant symptoms, low quality of life and a low survival rate, and the treatment of mesothelioma remains a significant challenge. The research explored whether early specialist palliative care, which involves managing the physical, emotional and spiritual aspects of care, soon after the diagnosis of malignant pleural mesothelioma (MPM) led to an improved quality of life and mood for patients and carers, compared with standard care alone.

Researchers have developed an automated non-invasive technique for diagnosing eye surface cancer (ocular surface squamous neoplasia or OSSN). The technique has the potential to reduce the need for biopsies, prevent therapy delays and make treatment far more effective for patients. Mr Habibalahi, Researcher at the ARC Centre of Excellence for Nanoscale BioPhotonics and lead scientist on the project, said that early detection of OSSN is critical as it supports simple and more curative treatments such as topical therapies whereas advanced lesions may require eye surgery or even the removal of the eye.

Did you stay awake for World Sleep Day?

Watch your gut in flu season

Dr Joanna McMillan, a nutrition scientist and Accredited Practising Dietitian, believes gut health is far from a passing health fad with scientific research showing there is a link between our immune and gastrointestinal systems. She says that close to 70% of our immune systems are actually housed in our gastrointestinal tract, so it’s important to keep it in good shape. Dr Jo advises that probiotics can be a valuable strategy for boosting immune function during winter as they have been shown to reduce the number and severity of respiratory infections.