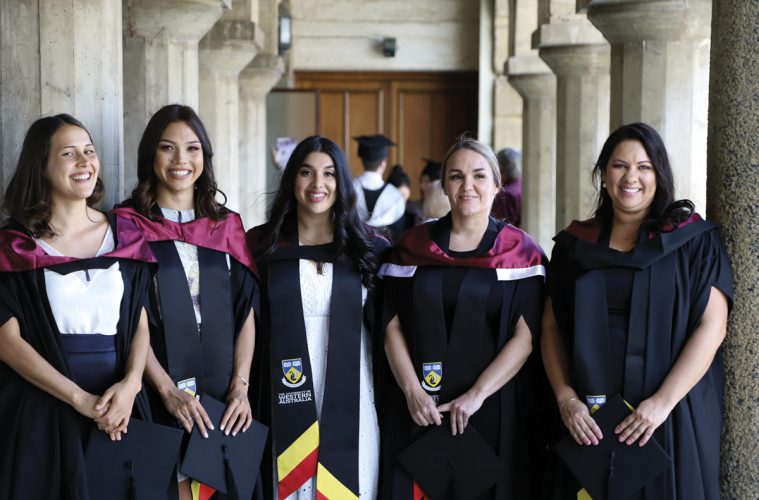 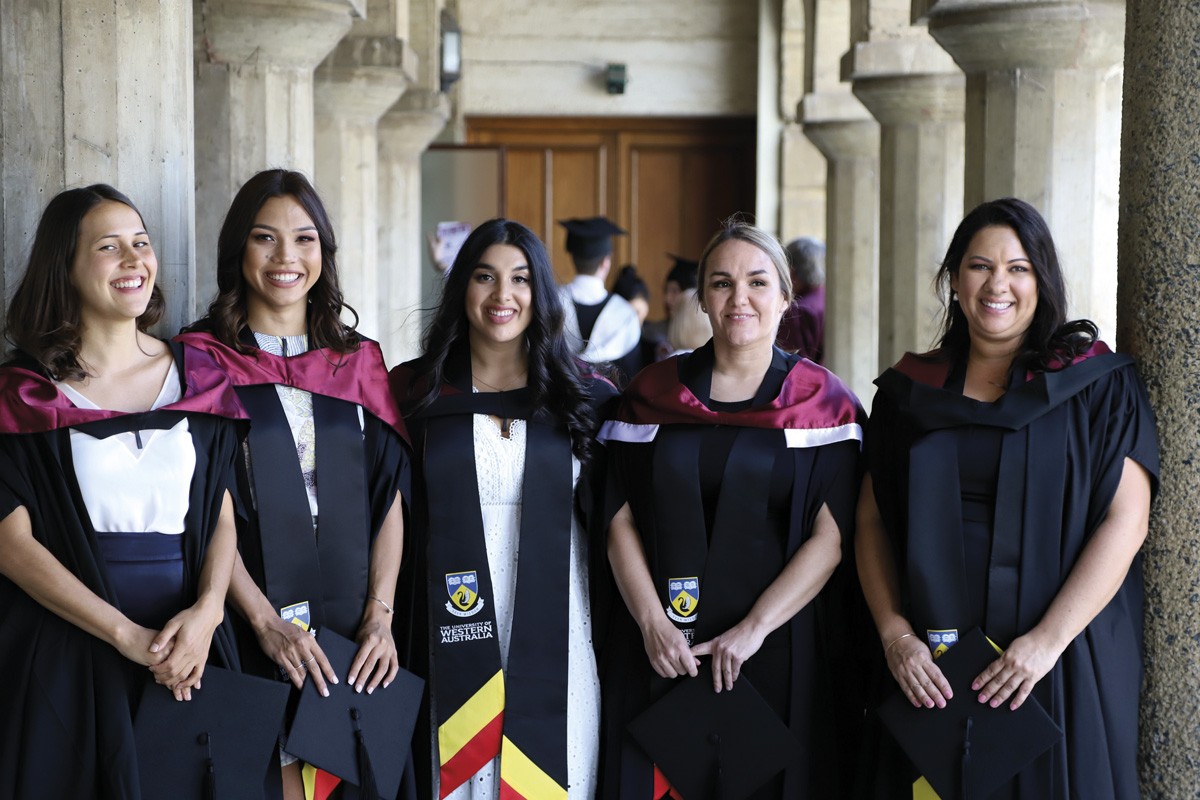 Five Indigenous women were among 206 UWA students to graduate before Christmas. Tamisha King, Adriane Houghton, Heather Kessaris and Kelly Langford were awarded a Doctor of Medicine and Shauna Hill was awarded a Bachelor of Medicine and Bachelor of Surgery. Dr King, from the Kimberley, has started her internship at RPH; Dr Houghton, from Port Hedland, a single mother of two aged six and 10 has also started at RPH; Dr Kessaris is from the Northern Territory; Dr Langford, from Fraser Island and Cape York started at Fiona Stanley Hospital; and Dr Hill, from Perth and a single mother of three aged 13, 19 and 20 has started at RPH.

AHPRA and the National Boards have released their annual report for 2017-18. This organisation has become unwieldy but its size brings no economies of scale as far as registration fees are concerned. The report highlights its “multi-profession approach to risk-based regulation across the work of the National Registration and Accreditation Scheme” and, as far as the medical profession is concerned, points to its size: more practitioners (702,741 across the 15 regulated professions); ability to keep registrants “trained, qualified and competent” using “over 740 accredited approved programs”; but paradoxically AHPRA received 7276 notifications, “an increase of 5.5% nationally (1.6% of all registered health practitioners)” with the “top three related to clinical care (41.0%), medication issues (12.6%) and health impairment (8.9%)”. There was no mention of milestones around veracity of complaints and communication with practitioners, topics dealt with by the Snowball report. Though it did say it was “ensuring public safety through monitoring and compliance (5005 practitioners in 2017/18” and through 13 proceedings in the court).

RDAA at the pay table

The ACCC has authorised the Rural Doctors Association of Australia to negotiate contracts for the next 10 years with hospitals and health facilities on behalf of rural doctors providing services as independent contractors – that that is GPs, locums and other rural doctors, working as VMOs in public hospitals and health facilities. RDAA powers extend to including after-hours services and other primary health care services. Broadly, the ACCC may grant authorisation when it is satisfied that the monopoly agreement offers greater public benefit than any public detriment.

A report on Australian general practice by the Department of Health and NPS MedicineWise shows that the three most frequent reasons why patients go to a doctor are to obtain a prescription, a review of their conditions, and for upper respiratory tract infections. The top five chronic conditions were hypertension (high blood pressure), depression, dyslipidaemia (high cholesterol), anxiety and asthma. The findings were derived from information from 2.1 million patients who attended 475 general practices across Australia. The report shows that GPs most frequently prescribed penicillin, antidepressants, opioids, and drugs for peptic ulcers and reflux. It also shows that 42% of patients had at least one pathology test. For the full General Practice Insights Report 2016-17, go to www.nps.org.au

Dementia Australia claims that aged care may be prioritised nationally but dementia is still not core business. More than 50% of people in residential aged care have dementia and 76% of the 436,000 Australians with dementia are living in the community. The $552.9 million allocated to aged care funding includes a focus on improving access to GPs in residential aged care, more support for homelessness and regional and remote services, and an additional 10,000 high-level Home Care Packages. The three key issues flagged by people living with dementia are timely access to diagnosis and support, reducing discrimination and the provision of quality residential and community care services that are underpinned by an appropriately trained workforce.

Perth medical device company OncoRes Medical is one of three finalists in the international ‘Entrepreneurs of the Year’ award. It is developing a microstructure imaging tool to improve the outcome of breast cancer surgery and, as part of the award process, pitched their product to Prince Andrew. OncoRes, which has received $6m venture capital from the Medical Research Commercialisation Fund and hopes to raise $15m to help progress through FDA approval and pivotal clinical trials. OncoRes Medical’s goal is to provide surgeons with an image that shows residual cancerous tissue remaining within the breast, reducing the need for repeat surgery (currently, it occurs in 30% of cases). Prof Christobel Saunders AO is leading the clinical development.