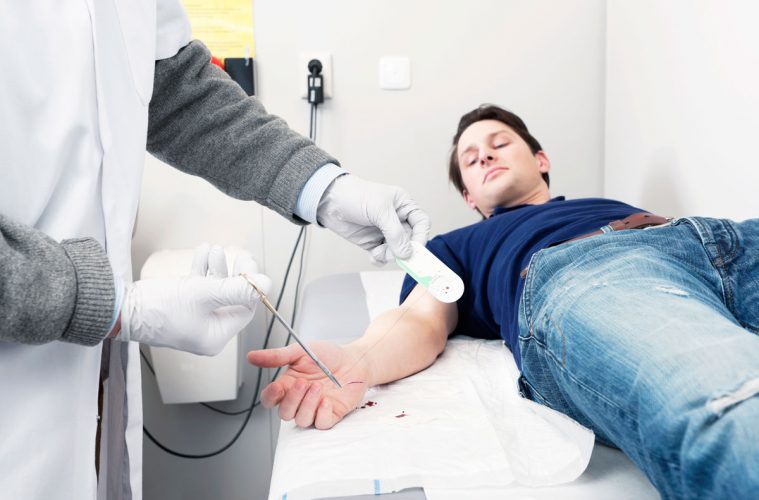 Health Minister Roger Cook announced that first year interns will now do their entire training at SJG hospitals after the private health care group was accredited to run its own medical intern program. SJG Midland public hospital has been appointed a Primary Employing Health Service, which means interns have employment access to both public and private settings. SJGHC will be able to directly employ interns from next year. The first intern program will see 12 medical graduates in the first year with plans to grow over subsequent years. Interns will have access to a range of specialty areas such as general surgery, emergency medicine, paediatrics, intensive care and neurology/stroke. Initially the intensive care option will be undertaken at St John of God Subiaco Hospital and the rest undertaken at Midland. It will then expand to other St John of God Health Care hospitals.

Can’t you smell an election in the air! The role of general practice in urgent (as opposed to emergency) care has been gently warming over the past couple of years. St John Ambulance’s buy-out of the Apollo Health Centres in Joondalup, Cockburn and Armadale started the ball rolling. But add a federal government under electoral pressure and rocket fuel has just been added to the fire. Federal Health Minister Greg Hunt announced $28m for the establishment and trial of four new urgent centres at Cannington (in the seat of Swan held by Liberal Steve Irons), Midland (Hasluck, held by Aged Care Minister Ken Wyatt), Mandurah (Canning, held by Liberal Andrew Hastie) and Osborne Park (Curtin, with new Liberal candidate Celia Hammond). St John has been promised the funds to run the four-year trial. That’s a boost for St John but some GPs aren’t so happy about it. The chair of the WA faculty of the RACGP Dr Sean Stevens said the trial risked fragmenting care and would lead to poorer health outcomes. He said research showed that patients who maintained strong relationships with their usual GP and practice experienced far better health outcomes. “In WA last year, GPs and their healthcare teams provided over 14 million patient services, at significantly less cost than services provided in hospitals or other forms of specialist care.” he said, adding that primary care provided outside this model resulted in duplicated or unnecessary services. The other head scratching fact is that WAPHA has set about exploring how GPs can provide more urgent care in their own surgeries. Readers may remember WAPHA’s Chris Kane writing in the March edition urging GPs to register their interest. So somewhere between then and now, a nervous election got in the way.

UWA researchers have created a platform to help women breastfeed their infants for longer. LactaMap addresses the four key areas which concern breastfeeding women – pain, maternal milk synthesis, baby’s ability to remove milk and medical conditions which may inhibit breastfeeding. Lead researcher Melinda Boss, a senior research fellow in the pharmacy division of UWA’s School of Allied Health, said that once the GP has the information base, they can then work through the platform to develop a personal care plan for the patient. The platform contains 112 clinical practice guidelines as well as the LactaPedia glossary and 21 information sheets which can passed on to patients. According to the AIHW, less than 16% of Australian babies are exclusively breastfed to five months of age, which is sobering given the World Bank Group considers exclusive breastfeeding to six months has been identified as the single biggest potential impact on child mortality of any preventative intervention.

Following on from the urgent care issue, a UWA study investigating hospital emergency department presentations in WA found that between 20-40% of all patients could have been managed by GPs and, if diverted into primary care, it could reduce ED presentations between 200,000 and 400,000 a year. The study, published in Emergency Medicine Australasia, involved GPs assessing patients presenting to hospital EDs to determine if they could have been managed in general practice. Study lead author A/Prof Alistair Vickery, from UWA Medical School’s Division of General Practice, said the burden of ED presentations was increasing and contributing to overcrowding, long delays in care and inefficiencies in WA hospitals. This study was the first to involve GPs clinically assessing patients presenting to ED to determine whether, in their opinion, the patient could have been managed in general practice. “We found that previous criteria, used within Australia and internationally, such as triage category, diagnoses or method of arrival to ED did not correspond to the clinical
assessment of GPs,” he said.

After the inquiries, comes the sunshine. Well that’s the theory but it doesn’t always work out that way – unless the nation is staring down the tunnel of an election. The National Women’s Health Strategy 2020-2030 has promised more than $50 million in funding to improve women’s health in areas such as ovarian cancer ($20 million) and endometriosis ($10 million). In this issue Dr Rae Watson-Jones explores endometriosis management (P 31) and funds will pour into research as well as public awareness campaigns. Stillbirth, which we recently reported was maintaining its stubborn levels, will be a focus with $1.3 million being invested in support services for families. More than $4 million will go to reproductive and family planning organisations and $1.5 million for promotion grants for women’s health groups.

The paper has been signed and it’s now official. The RACGP and ACCRM have entered into an agreement with the Federal Government to select candidates for and oversee the delivery of the Australian General Practice Training (AGPT) program. Applications for 2020 places are open and maybe some promotional work needs to be done. Applications for entry into the AGPT program last year fell by 11.5% with a total of 1,460 candidates accepting training places – 1,351 with RACGP and 109 with ACRRM. The RACGP president Dr Harry Nespolon said that having the profession select trainees ensured only the most skilled candidates were granted entry to the program.

News from the US last month put women’s issues front and centre. In Texas, politicians were asked to consider a bill that would criminalised abortions, meaning both women and their doctors could face the death penalty for participating in an abortion. House Bill 896 was even too extreme for pro-life Republicans and it was voted down. In Ohio, a bill known as the “heartbeat bill”, which prohibits abortions after six weeks has now become law. It replaces legislation which allowed abortion up to 22-24 weeks or until viability. The new Act will criminalise abortions with doctors facing felony charges and possible prison time if they perform an abortion after a heartbeat is detected. Doctors will also be liable for disciplinary action by the Ohio State Medical Board. However, in WA, the state government is working to introduce safe access zones around women’s health clinics where abortions are undertaken to prevent protesters abusing consumers and staff. A discussion paper has been released which explores a legislative framework for such a move. The paper is open for public consultation but the Health Minister Roger Cook flagged that its purpose was not to review or debate abortion legislation in WA. Feedback is open until May 31

In related local political news, State MP Nick Goiran has been successful in delaying a vote on new surrogacy laws, which he opposes, by filibustering Parliament with a near 24-hour speech. The surrogacy laws are intended to provide single men and same-sex couples access to surrogacy, which they currently do not have. The proposed laws would align WA with the federal anti-discrimination laws. The laws will now be scrutinized by a parliamentary committee. A review of the Western Australian Human Reproductive Technology Act 1991 and the Surrogacy Act 2008 was undertaken by independent reviewer, A/Prof Sonia Allan. It’s key recommendations include establishing a government advisory body on research and issues relevant to the regulation and practice of the technology and surrogacy; a donor conception register to enable all donor-conceived people to access identifying information about their donor; amendments to discriminatory provisions within the Acts that prevent access to the technology and surrogacy; and, changes to allow patients who face impending loss of fertility or ability to bear a child, be allowed to access in vitro fertilisation procedures.

The WA government is opening its wallet for radiotherapy services for cancer patients at the Albany Health Campus. Pending the outcome of a feasibility study and business case, the next steps include construction of a specialised bunker, equipment procurement. and the establishment of associated patient, clinical and administrative spaces. Currently more than 350 Great Southern residents travel annually to Bunbury or Perth to access outpatient radiotherapy treatment. It is also investing $22.7 million to expand and renovate RPH’s intensive care unit to make traumatic stays for patients and their families a little more bearable. Part of the works will allow more natural light into the area and improve the waiting area for relatives and friends of ICU patients. The 24-bed ICU has the largest trauma workload in WA. During 2017, nearly 1500 people were admitted to the ICU, staying on average for 13 days.

Monash University’s Australian Breast Device Registry has enlisted 90% of eligible surgeons, including a number from WA, to help track the long-term safety of implantable breast devices in patients. However, researchers would like to see more to give full national representation. Project Lead Dr Ingrid Hopper said the health and wellbeing of Australians was at the centre of the registry with every year an estimated 20,000 women having breast devices implanted for a variety of reasons. The registry produces de-identified public reports on complications and revision rates for all devices, such as breast implants, breast tissue expanders and acellular dermal matrices/mesh. It will also be the primary point of contact for reporting ALCL, a rare and largely treatable form of cancer of the immune system linked to breast implants.

In this edition, sexual health physician Dr Sally Murray explores the WA and the state of STIs in WA, in particular syphilis (P 29). News has come in that the federal government in partnership with the National Aboriginal Community Controlled Health Organisation has started to roll out Phase 3 of its enhanced response to the syphilis outbreak. The new phase begins with training and provision of kits at Mala’la Health Service in Maningrida, Western Arnhem Land, in the NT, followed by Eyre, far north and Adelaide regions of South Australia, and the Pilbara and Western Kimberley in WA. More than 7500 people have been tested for syphilis under Phases 1 and 2, and 186 local health professionals have been trained to use the test kits and in sexual health education in general.

The feds and the state have collaborated on providing 60 permanent Transition Care Program (TCP) places and 120 temporary TCP places over the next four years. The WA Government will provide up to $23.45 million to co-fund the initiative, which it is hoped will free up hospital beds and offer better care to elderly patients. The package includes of physiotherapy and occupational therapy, social work, nursing support and personal care at a person’s home or residential care setting for 12 weeks after leaving hospital.