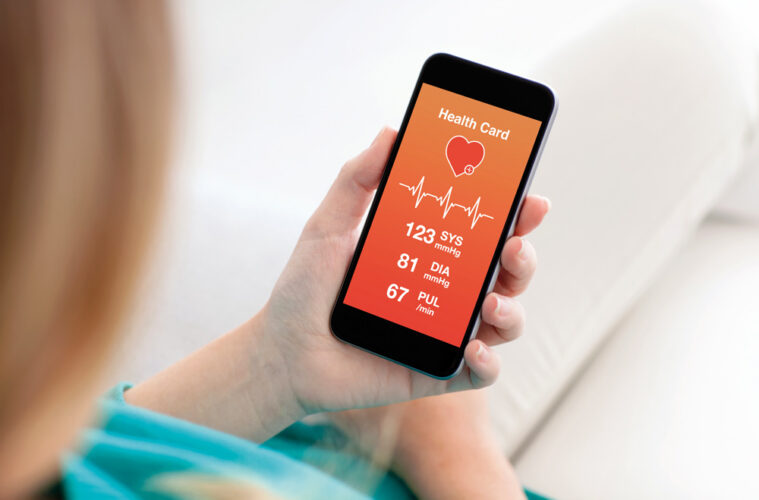 Health apps can track your heart rate, weight, diet and sleep but as Dr Karl Gruber (PhD) reports, they have limitations and can even mislead.

Nowadays it is hard to make eye contact with people when you are out and about because everyone’s face is stuck to their smartphones.

We use smartphones for so much more than making calls. We use them to check the weather, our emails, keep abreast of news, engage in social media, and the list goes on.

Smartphones also host mobile applications, or apps, which come in all flavours and for all purposes. Among the kaleidoscope of apps available, those dealing with health apps have become increasingly popular.

Health apps are a broad range of mobile applications that inform users on virtually any topic about their health. Australia currently stands as the world’s most health-concerned country with Australians searching for apps relating to weight and mental health more than 100,000 times in the past five years. But, what do we do with these apps and are they safe? 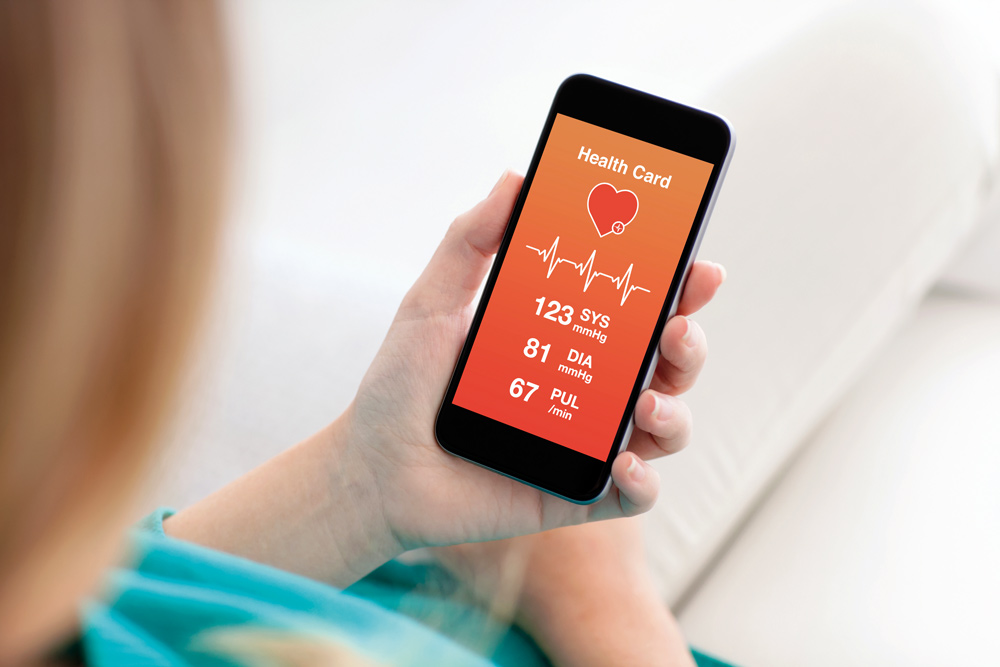 Dawn of the apps

Corrie is a smart app that helps patients who have survived a heart attack manage and understand their condition. The app also helps patients keep track of their medications and medical appointments and provides advice on how to improve their lifestyle.

In a recent peer-reviewed study, it was shown that among 800 cardiac patients, Corrie users were at a 52% lower risk of 30-day re-admission for any reason, compared to non-users.

Dr Amandeep Hansra, a Sydney-based GP, argues that health apps have a lot going for them.

“Health apps can have great benefits because they give consumers more control and insight into their own health and wellbeing. Being able to measure, record or manage their own health data has been shown to improve compliance and encourage healthy behaviours,” she told Medical Forum.

Dr Hansra, who was formerly CEO and medical director of Telstra’s ReadyCare, is a member of the RACGP’s expert committee for practice technology and management and is managing partner at Caligo Health among other involvements in digital health.

“The ability to monitor their own measurements, for example their heart rate, blood pressure, weight, steps, sleep patterns and blood sugar levels, arms consumers with information they can act on if they are given the right targets and context around the measurements,” she says.

But not all health apps deliver what they promise and with thousands on the market, it is hard to know which are good and which are not.

A scoping review of 74 studies identified a total of 80 safety concerns across a wide range of health apps. Most of the issues, about 83%, were related to the quality of the health information presented to users. This included incorrect and incomplete information, as well as incorrect or inappropriate responses to users’ needs.

For example, some apps for bipolar disorder incorrectly differentiated between types of patients, and recommended, incorrectly, that some patients should “take a shot of hard liquor before bed”. Outputs of other health apps were just poorly designed. An app for management of sexually transmitted infections suggested that “Genital warts are bad. If they form in a bunch on your genitals, you will have a very bad time getting them treated and your relationships will shatter.”

Some melanoma risk assessment apps were found to underdiagnose potentially life-threatening melanomas and some blood pressure apps simply did not detect certain conditions such as hypertensive blood pressure ranges. Some apps for diabetes risk assessment were found to report false negative results, and urolithiasis apps were found to recommend consumption of a low-calcium diet, which is not supported by current evidence, and in fact has been shown to have harmful outcomes.

Other health apps were found to be misleading users towards a path of harm. For example, among apps used for assessing blood alcohol levels, users were provided with information about how much more alcohol they could consume before their driving ability was compromised. Rather than preventing a problem, such advice could encourage more alcohol consumption, the authors said.

“The downsides are sometimes not obvious to consumers, when they may lose things like loss of personal privacy, they may be misled into making unwanted financial purchases, or the app itself is providing misleading or harmful medical advice,” according to Dr Hansra. “It may lead to them being over diagnosed, underdiagnosed
or mismanaged.”

For GPs it can be overwhelming to offer advice about which health apps best suit their patients. With almost 100,000 health-related apps available for Australians, GPs would need to be tech gurus in order give comprehensive and good advice to their patients.

Fortunately, GPs are not on their own when it comes to assessing health apps. There are online guides that provide some sound advice, says Dr Hansra.

“Many of my patients are starting to use mobile apps and if they want advice, I often refer them to groups which have actively assessed mobile health apps such as the VicHealth Healthy Living Apps Guide or I use the Digital Health Guide,” she says.

While these websites do not review every health app on the market, it is a good start. There are also some basic rules that GPs can tell patients about what to look for in a health app.

For example, what happens to private information? Is it safely stored? Who else gets to see it? In a recent Australian study, reported online by Medical Forum, researchers found that about 88% of nearly 21,000 apps contained software that could potentially be used by third parties to collect users’ private data. Lead author Associate Professor Shlomo Berkovsky, of the Centre of Health Informatics at Macquarie University, says the study brought up a yellow flag around the potential risks of information leaks in health apps.

“Some risks are benign, and some are more dangerous, but both clinicians and patients need to be aware of these risks and consider them as part of their decision-making when deciding on using an app,” he said.

Beyond privacy, patients should be encouraged to read the terms and conditions and establish if the app is registered on the Australian Register of Therapeutic Goods. Health apps registered with the ARTG have been assessed for efficacy.

A TGA spokesperson said that the Australian sponsors of medical devices regulated by the authority are required to present evidence that demonstrates their device (or app) meets the quality, safety and performance requirements, known as essential principles.

“The evidence needs to show reliability, accuracy, useability, security, the integrity and quality of the data, and how privacy is maintained. Limitations and use of an app should also be made clear to users as part of instructions for use, terms of use or product disclaimers,” he said.

The TGA said many health apps should be viewed as sources of information or tools to manage lifestyle. Such apps are not regulated by the TGA, which also means that the efficacy of the app has not been evaluated.

At the end of the day, experts argue users of health apps need to choose wisely, selecting those that are backed by clinical evidence and, ideally, validated by government bodies like the TGA. They are aids, not a panacea for all health problems.