A research study has attempted to understand how doctors’ medical decision making is influenced by patient choices in advanced care directives (ACD). The study, conducted by Advance Care Planning Australia, recruited 21 doctors from a Melbourne hospital and found that ACDs could be problematic, with doctors reporting they would be more interested to act in their patient’s best interest rather than following the directive. The doctors suggested they would be more likely to override their patient’s directive and use their own decision making if:

The doctors also suggested some directives may not be particularly effective due to the ability of non-medically trained people to make such medically involved informed choices. Yet, as ACDs are legally-binding documents and patients have a right to make decisions about their care, the findings from this study if representative could prove problematic. 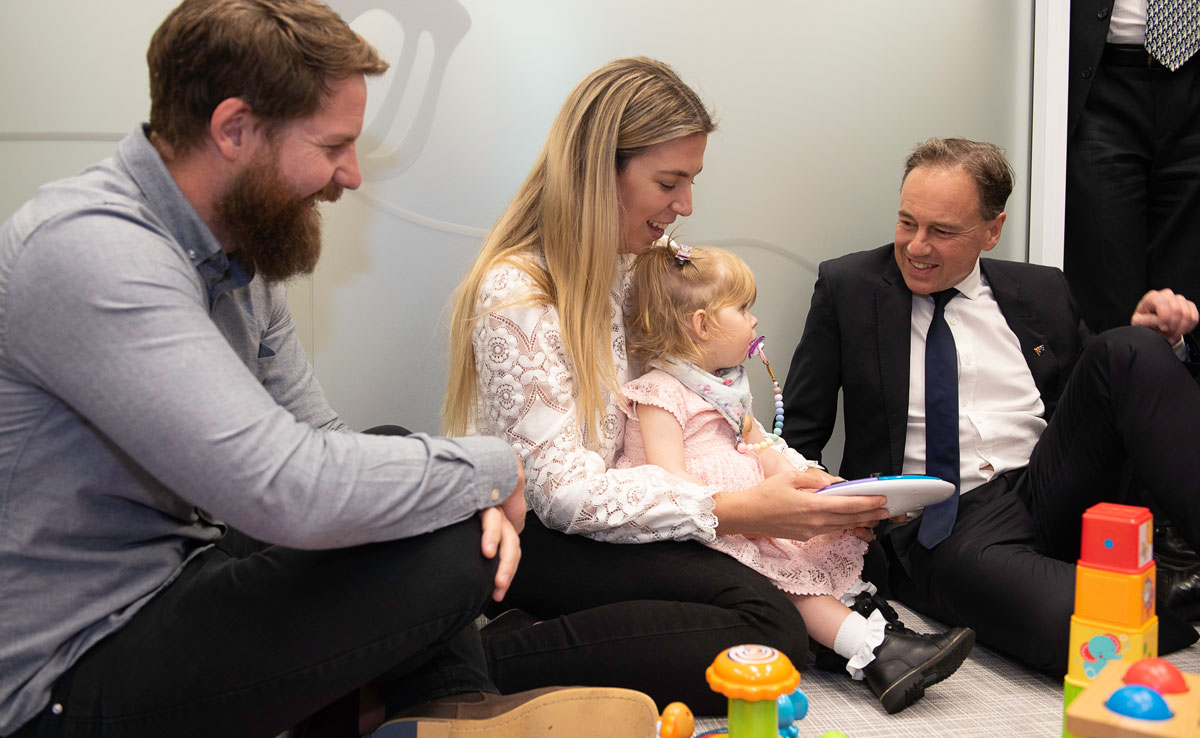 The Telethon Kids Institute has launched Clinikids, a unique stand-alone clinical service for children aged between 6 months and 12 years with early developmental delay and/or autism, which will provide access to the best evidence-based therapies and interventions, while integrating world-first research into treatment modalities. Clinikids is the first clinical service provided by Telethon Kids Institute and the first of its kind in Australia. The clinic intends to reduce the lag between research and clinical application by collaborating with the Telethon Kids’ autism research team led by Professor Andrew Whitehouse.

The Association of Australian Medical Research Institutes (AAMRI) has released a position statement in response to The Australian Greens’ motion to disallow an amendment the new Gene Technology Regulations currently being debated in the Senate.

The Greens are opposed to deregulation of new genetic modification techniques in animals, plants and microbes, with Senator Janet Rice saying, “this deregulation is reckless and poses huge economic risks to Australia’s $48 billion agricultural export industries.”

According to AAMRI, the proposed disallowance will rescind parts of the Gene Technology Act and negatively impact medical research that uses gene technology therapies. AAMRI President Professor Jonathan Carapetis said, “this dangerous situation will not only hinder medical research, it potentially puts the community at risk as gene technology will not be appropriately regulated.”

In an attempt to reduce alcohol-related harm, the WA Government has amended the Liquor Control Act 1988 to restrict the size and location of large liquor stores.

These amendments will be the first of their kind in Australia and will require the establishment of liquor stores sized 400 sq m or greater to be at least 5km (in the metropolitan area) or 12km (in regional centres) away from of an existing liquor store of the same size.  The Act does not apply to existing large liquor stores if they happen to be within the restricted distance but it will not allow an existing store to extend if it is within the restricted distance.

The Director of Liquor Licensing will also be able to assess whether consumers’ needs are reasonably met by existing packaged liquor outlets when assessing a new application for an outlet in a local area.

The changes were drawn up in consultation with Liquor Stores Association of WA, Australian Hotels Association (WA), the McCusker Foundation, WALGA, as well as a range of private companies and peak bodies.

Treatment of complex eating disorders are now covered by the Medicare Benefits Schedule (MBS), providing eligible people with access to psychological and dietetic services. An Eating Disorder treatment and management plan drawn up by a GP will attract a Medicare rebate

The amendments, based on the recommendations from the MBS Review Taskforce, include a suite of new Eating Disorder Psychological Treatment items in the MBS, 64 in total, such as up to 40 psychological services and 20 dietetic services within a 12-month period.

The new MBS items are restricted to a specific list of evidence-based eating disorder treatments and the government will evaluate the scheme after the first 12 months.

The results will be made available to the requesting doctor as soon as they become available and patients will have access seven days later.

Another amendment has been made to the Medicare Benefits Schedule (MBS) with MRIs for women with or suspected of having breast cancer being eligible for a Medicare rebate.

For a patient to be eligible, they will need to have had prior imaging that was inconclusive for diagnosis and a biopsy was not possible.

While for a patient who has been diagnosed with invasive breast cancer to be eligible for an MRI, a discrepancy between their imaging assessment and clinical assessment is required.

Can the movements of newborns be a potential biomarker for cognitive impairment? The WA-based Early Moves study, led by Dr Jane Valentine and Professor Catherine Elliott, hopes to answer this question.

The researchers will recruit 3,000 parents and their babies for the study and they will be asked to use a bespoke phone app, called Baby Moves, to film their baby’s movements in two, three-minute recordings, taken at two and 12 weeks of age. The Baby Moves app will be developed with machine learning to differentiate between normal and abnormal body movements. After two years, the participant babies, now toddlers, will be assessed for cognitive impairment.

Autonomous but not happy

A report by the Brightwater Care Group examined the use of assistive toileting devices for people with an acquired brain injury for patients receiving community-based brain injury rehabilitation.

The report’s authors claim a significant reduction in care requirements for the participants, from 15.3 hours of care a week to 11 hours, decreasing the cost of care by about $630 a participant, per week.

Participants reported increased cognitive and functional independence from the autonomy provided by the devices and a reduction in episodes of incontinence. However, the participants reported a decline in quality of life after the three-month study had concluded, which prompted a call for further study to determine why. The authors recommended an emphasis on client-centred continence care; improved coordination of care; a standardised procedure for the funding of assistive toileting devices.