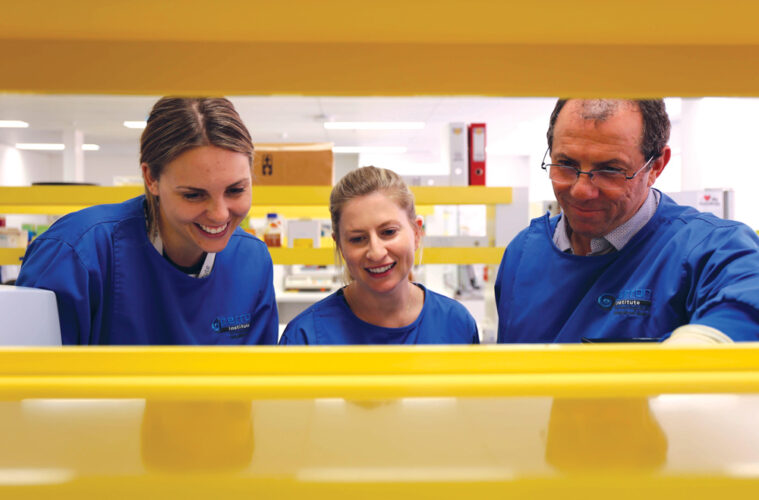 Two research projects at the Perron Institute have shared $500,000 in the latest round of grants from Australian motor neurone disease foundation FightMND. 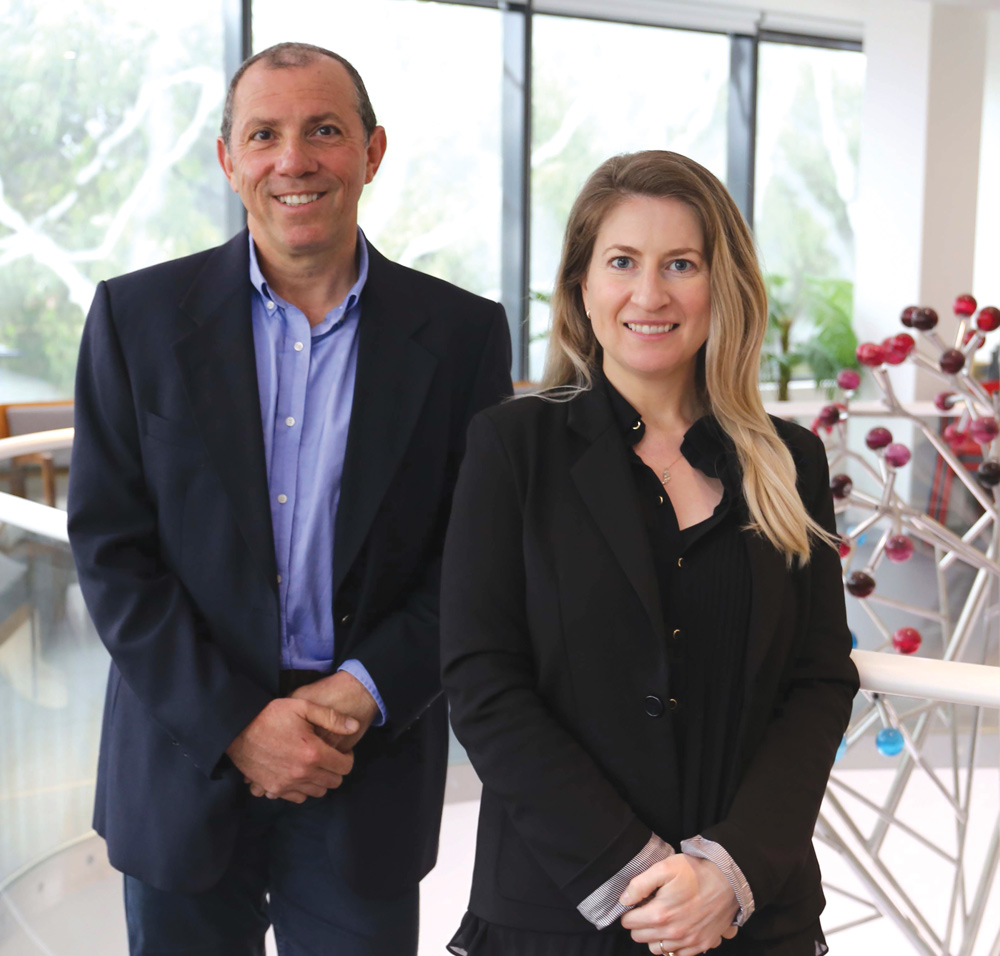 In this latest round of grants, Principal Investigator Professor Anthony Akkari from the Perron Institute and Murdoch University and his team have been awarded $250,000 to identify new genetic markers for MND clinical trials.

The second $250,000 FightMND grant will be used to understand the genetics of MND by co-developing targeted gene therapies to address primary triggers and causes.  Co-investigators are Professor Akkari and Dr Loren Flynn, also from the Perron Institute and Murdoch University.

The RACGP says it is “deeply concerned” to learn of an incident involving alleged vaccine fraud by a registered nurse at a Perth medical practice.

Last month, a registered practice nurse allegedly injected a teenage patient, who was known to the nurse, with a COVID vaccine but did not depress the plunger. She was then said to have disposed of the syringe with the vaccine still inside before recording the patient as having received a dose by a colleague.

The incident was reported to WA Police after practice owner, former RACGP WA Chair Dr Sean Stevens, observed irregularities. The nurse has since been charged.

In a statement, the RACGP said it was providing support to the practice. “The WA Police are investigating, and we stand ready to support their investigation,”
it said.

Understaffing at Perth Children’s Hospital had left doctors and nurses “exhausted and demoralised” before the death of seven-year-old Aishwarya Aswath, a report has found. Aishwarya died from sepsis on May 1 this year, her condition having deteriorated while her parents pleaded for care in the emergency department to be elevated.

A report by the Australian Commission on Safety and Quality in Health Care found significant issues at the ED in the months prior to her death. The triage and waiting areas were “particularly vulnerable and sub-optimally staffed”, doctors and nurses were burnt out and a major increase in ED presentations was not met with sufficient urgency.

“The anguish and pain of the family were in the public domain … the health system, the hospital and large numbers of staff at all levels, found themselves unprepared, deeply saddened and devastated,” the report said.

Several junior staff have been referred to AHPRA over the incident. Aishwarya’s parents have said they are dissatisfied with the two reports into her death and are considering ordering their own independent inquiry.

Ramsay Health Plus in Nedlands has launched a new program, Diabetes Care Plus – a team approach to exercise and education using a dietician, exercise physiology and diabetic educators. Specialist coordinator Ciara Sheils said the program was aimed at helping people self-manage their type 2 diabetes.

“The goal of our specialists is to help participants with nutrition, physical activity, medication management and blood glucose monitoring, as well as providing education on behaviour and lifestyle changes,” she said.

Patients can access the service with a referral from their GP and it is covered by Medicare.

WA researchers have pinpointed five promising leads that could be used to create a new peptide therapy to tackle the growing health impacts of obesity and type 2 diabetes. Around two in three Australian adults and one in four children are classified as overweight or obese and 288 people – or one person every five minutes – develop diabetes every day nationally.

Funded by grants from Diabetes Research WA, Dr Vance Matthews from the UWA School of Biomedical Sciences Dobney Hypertension Centre and his team have discovered in preclinical trials that five small peptides derived from the protein TNFSF14 can reduce obesity and problems with glucose homeostasis.

The work has been published in the International Journal of Molecular Sciences.

“Obesity in adults can result in adverse metabolic conditions with worrying health impacts and there’s a massive global need for new ways to manage this,” Dr Matthews said. “Our work has focused on five promising peptides and we have now confirmed one of those reduced high fat diet-induced glucose intolerance, insulin resistance, abnormal blood insulin levels and non-alcoholic fatty liver disease, so this new technology for type 2 diabetes care and management is very exciting.”

Dr Matthews said his team was keen to further test all five peptides.

Doctors with dying patients are being asked to consider nominating them for a last wish to visit a special place. Ambulance Wish Western Australia has launched a new service, the first of its kind in the State, to fulfil final wishes for people who are terminally ill or receiving palliative care.

Using two recently donated, decommissioned ambulances, the charity provides a no-cost service to allow people in end-of-life care to visit a place of personal significance, such as an old friend or the beach. It provides the resources, specialist transport and medical care required.

Individuals, clinicians and family members can apply for a final wish.

Ambulance Hydi was donated by BP Kwinana and named after their refinery equipment. It was the emergency response ambulance but following the closure of the refinery and the creation of a clean energy hub, the ambulance was no longer required on site.

The second vehicle, Kees, was donated by St John Ambulance WA. It has been named in honour of the late Kees Velboer, the creator of Stichting Ambulance Wens (Ambulance Wish Foundation, The Netherlands) which inspired the establishment of Ambulance Wish WA.

To apply for a wish to be granted or to volunteer go to www.ambulancewishwa.org.au 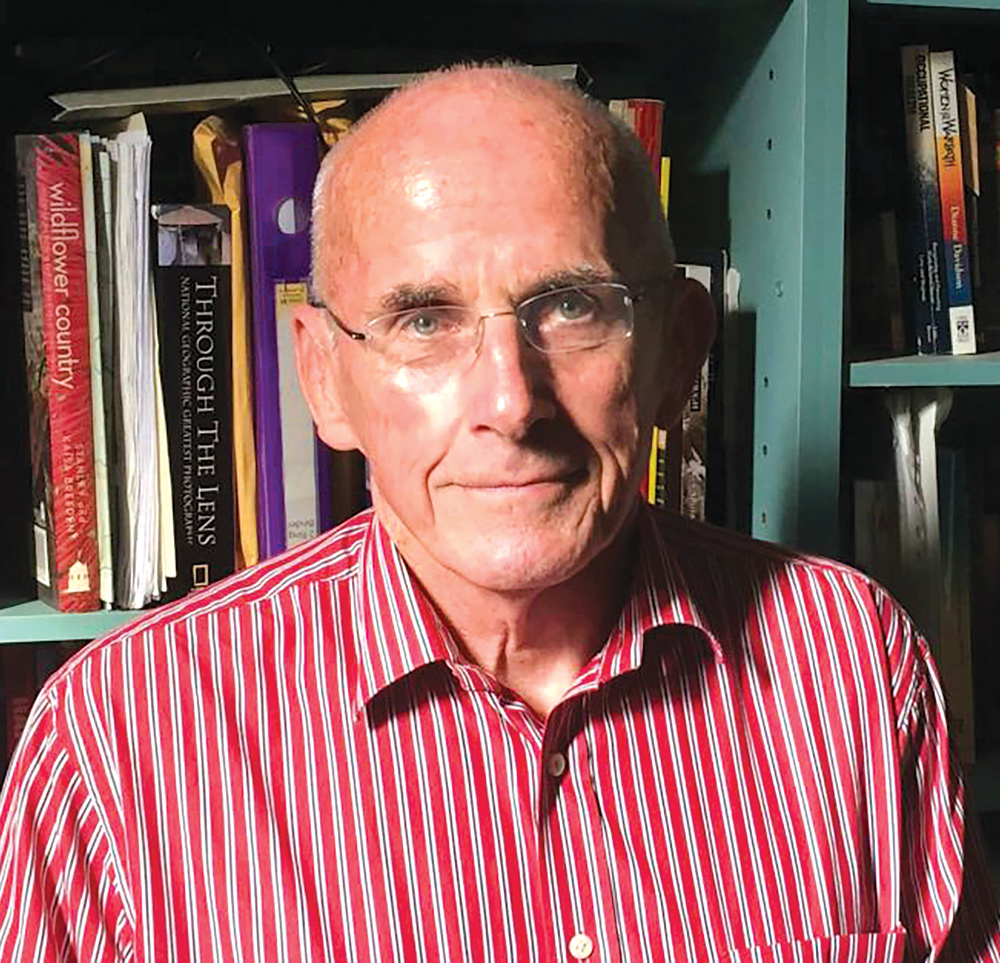 WA has lost one of its foremost respiratory and occupational physicians, Professor Bill Musk, who died suddenly at home on November 3, aged 78. The Lung Foundation Australia paid tribute to his work with the Australasian Lung Cancer Trials Group and his generous efforts to develop resources for patients. Professor Musk wrote regularly for Medical Forum and will be remembered as a world-class researcher.

Alcohol consumption was significantly reduced after one month for those ED patients who had the intervention. This was sustained at three months in the intervention group who also had a referral letter sent to their GP at discharge.

Curtin University researchers have raised concerns about the radiation dose, cost and efficiency of CT scans on the back of a marked increase in their use on injured patients in WA hospital emergency departments.

Lead author Dr Ninh Ha from Curtin’s School of Population Health said the research found the increased use of CT scans did not lead to more diagnosis of severe injury, less time in hospital or an obvious reduction in mortality.

“CT scans have been increasingly used in emergency departments around the world because they offer rapid and accurate diagnosis, especially for people with injuries, however, each scan also introduces significant amounts of radiation into the body, which can cause a small, long-term risk of cancer,” Dr Ha said.

“For example, a CT of the chest exposes the patient to the same amount of radiation as 400 chest x-rays, so it is important to understand whether CTs are warranted and to weigh up harm versus benefit including the impact of over-testing. Our research found no evidence that the increased use of CT scanning led to better patient outcomes.”