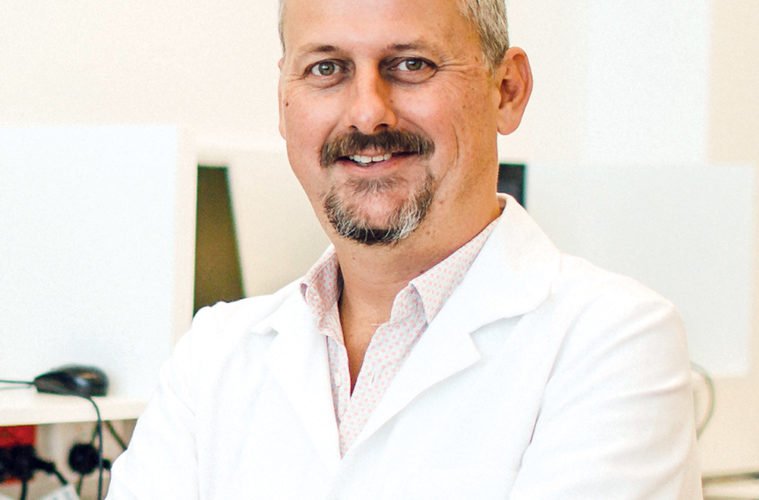 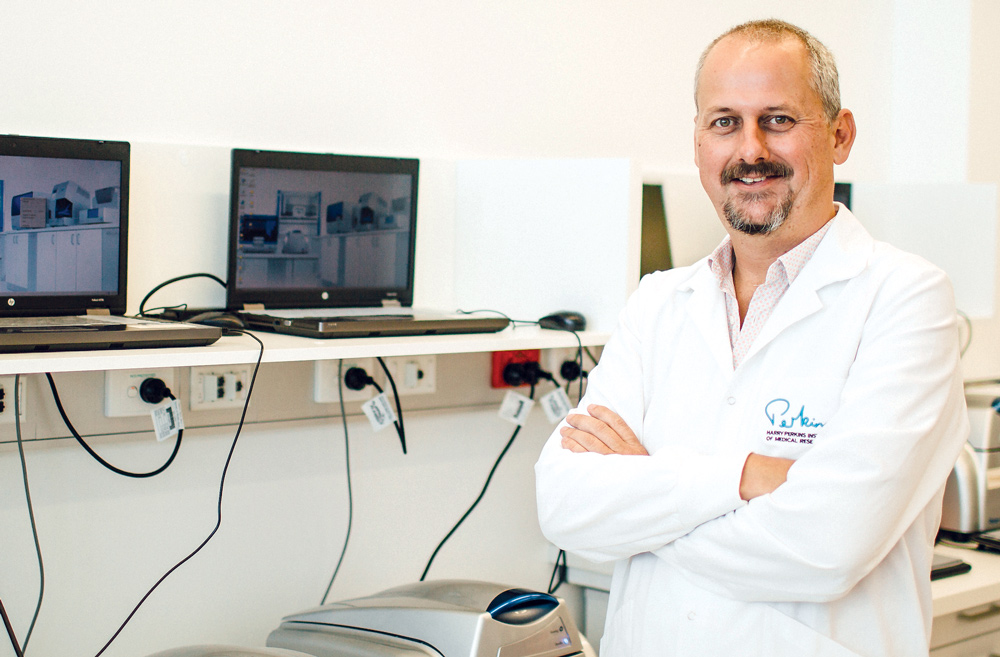 A deal between Perth medical researchers and supercomputers company DUG Technology promises to give extra data crunching capability that could speed up medical breakthroughs.

The partnership with the Harry Perkins Institute will provide researchers with the computer and storage capability needed to conduct analysis using genomics and other bioinformatics heavy technologies. Bioinformatics combines biology, computer science, information technology, mathematics and statistics to analyse and interpret biological data.

These high-performance computers will look for disease mutations and can help researchers analyse the behaviours of a particular cell type that may be causing disease or enable them to see the range of cells present in a patient’s tumour. The deal was welcomed by the institutes’ associate director of research, Professor Alistair Forrest, who said access to additional high-performance computing significantly increased research capacity.

A study led by Edith Cowan University has shown the build-up of calcium in a major artery outside of the heart could predict the risk of heart attack or stroke. The research, published in the Journal of the American Heart Association, could help doctors identify people at risk of cardiovascular disease years before symptoms appear. Analysing 52 previous studies, the international team of researchers found that people who have abdominal aortic calcification (AAC) have a two to four times higher risk of a future cardiovascular event. The more extensive the calcium in the blood vessel wall, the greater the risk of future cardiovascular events, while people with AAC and chronic kidney disease are at even greater risk. Factors contributing to artery calcification include poor diet, a sedentary lifestyle, smoking and genetics. Associate Professor Josh Lewis from ECU’s School of Medical and Health Sciences said AAC was often picked up incidentally in routine tests such as lateral spine scans from bone density machines or x-rays. “This can signal an early warning for doctors that they need to investigate and assess their patient’s risk of heart attack or stroke,” he said.

Select patients at Royal Perth and Armadale hospitals will be watched by a second set of eyes, as part of a $22 million service to remotely monitor hospital ward beds. The Health in a Virtual Environment (HIVE) patient monitoring innovation operates inside the East Metropolitan Health Service Command Centre and uses artificial intelligence and technology to continuously track and monitor a patient’s condition. HIVE clinicians are alerted when a patient displays early signs of clinical deterioration, and can respond with the ward-based clinical teams using two-way audio and video. This year, HIVE will monitor 50 beds across 11 different wards and will be staffed by one clinician and two nurses continuously, operating 24/7.

New national accreditation standards to boost Indigenous knowledge in psychology education aim to create a more culturally aware and responsive mental health workforce. The standards, resulting from a research project led by the University of Western Australia, will require Indigenous knowledge be included in all levels of psychology education and training. It is also hoped this will lead to an increase in the number of Indigenous psychology students. Lead researcher and Aboriginal psychologist UWA’s Professor Pat Dudgeon is working with partner universities to develop curriculum resources and educational materials and support professional development for academics teaching psychology. 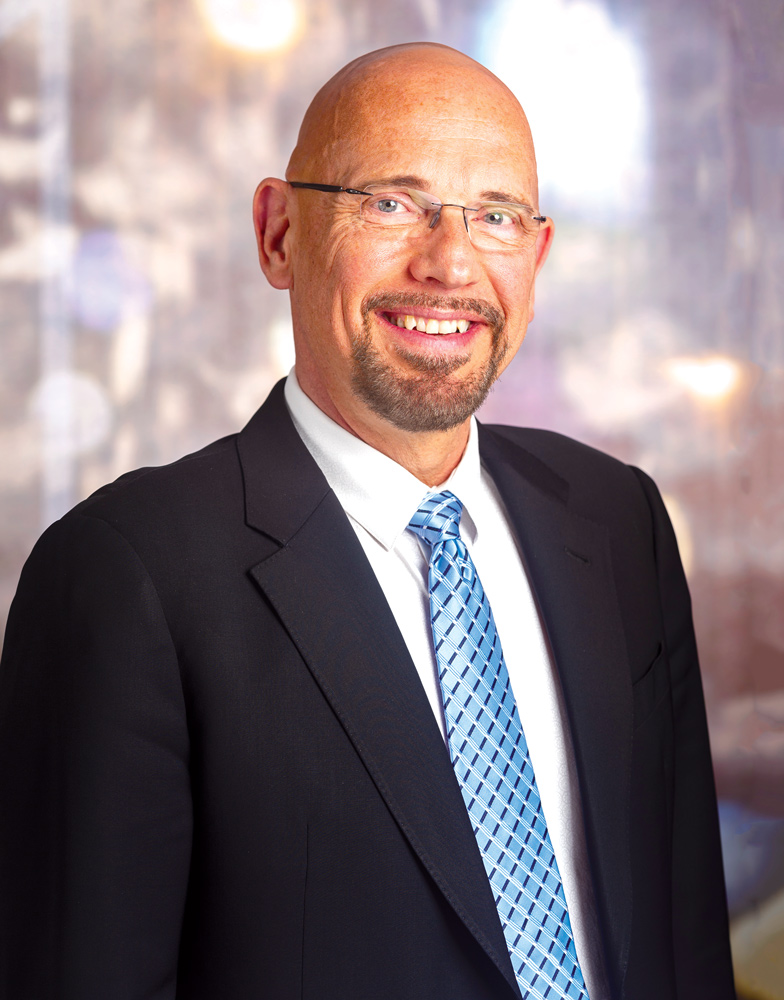 The WA Government agency which manages information and communication technology for the state’s public hospitals has a new chief. Health Support Services has appointed Christian Rasmussen as Chief Information Officer. Mr Rasmussen is highly experienced in digital transformation, organisational change management and technology leadership. He was previously CIO at Lotterywest and will start with HSS on February 15. Mr Rasmussen will be responsible for leading the modernisation of ICT at HSS and across the WA health system. HSS supplies IT, purchasing and supply, workforce and financial services to WA’s public health care system and its 45,000 employees.

Women’s health experts have welcomed the registering of a female testosterone cream on the Australian Register of Therapeutic Goods. Perth-based Lawley Pharmaceuticals has been given the tick of approval for AndroFeme, which is used to treat postmenopausal women experiencing low sexual desire with associated personal distress, also known as hypoactive sexual desire dysfunction or HSDD. An estimated one in three Australian women aged 40 to 64 are estimated to experience HSDD. Association Professor John Eden from the Women’s Health and Research Institute of Australia said that while natural oestrogen and progesterone products had been available for several years, only now did women have access to a female-appropriate testosterone approved by the TGA.

GPs not so wounded

GPs may be finally allowed to charge for dressings given to patients in bulk-billed consultations, after the MBS Review Taskforce called for a rule change. It is one of more than 1400 changes in the taskforce’s final report, after reviewing more than 5700 MBS items over the past five years. The ban on levying additional fees in bulk-billed consults has long been a sore spot with many GPs. The taskforce’s recommendation to the Federal Government argues wound care consumables should be covered under the same Medicare exemption used for vaccines. Previous research has found GPs often lose money every time they provide a dressing.

Cancer Council Australia has backed guidelines which recommend people drink less to reduce their health risks from alcohol. Updated guidelines by the National Health and Medical Research Council recommend that in order to reduce the risk of harm from alcohol-related disease, Australians should consume no more than 10 standard drinks a week. Clare Hughes, who chairs the CCA’s nutrition and physical activity committee, said the evidence was clear that drinking was not good for your health.

Calls to hose down fake news

The Consumer Healthcare Products Australia has backed calls by doctors for strong government push-back on health misinformation peddled on the internet and social media. The Australian Medical Association wants the Federal Government to invest in ongoing advertising to challenge fake medical news and conspiracy theories, particularly about COVID-19. AMA president Perth-based Dr Omar Khorshid said people were increasingly turning to social media to learn about healthy choices but the internet had the potential to significantly magnify health misinformation campaigns. CHP Australia has previously advocated for the development of strong measures to combat health misinformation, as well as increased and ongoing investment to improve Australia’s health literacy.

Perth researchers have helped in a world-first study which shows increased atmospheric CO2 levels could be damaging young lungs.

Their mice-based work looked at the direct health impacts of predicted carbon dioxide levels and found worrying results which they said highlighted the urgent need for more research. Researcher A/Prof Alexander Larcombe, of the Wal-yan Respiratory Research Centre, said humans had evolved to breathe atmospheric carbon dioxide at about 300 parts per million.

“Current levels are just over 400ppm, and climate change modelling predicts that within our lifetimes it is likely to increase to about double that,” he said.

The study was conducted in mice, which are naturally able to better tolerate increased CO2 levels due to their burrowing habits. It found that exposure to about 900ppm of CO2 had a direct impact on both the lung function and structure of mice that had been living in that environment throughout pregnancy, early life, and into early adulthood.

The lungs of adult mice not exposed to elevated CO2 in early life did not show signs of impairment, which the researchers believe was because their lungs were fully formed before being exposed to the higher CO2 levels.

Study co-author UWA researcher Dr Caitlin Wyrwoll described it as important work because it offered the first insight into the fact that higher levels of CO2 exposure were affecting the health of developing lungs.

“The lungs are the first organs that we would expect to see affected, and it gives us a clue that other systems in the body might also be affected,” she said.

Let’s talk about it

Australian palliative care specialists are trying to take the taboo out of what many people still see as a dreaded topic of conversation – death. Teaching more positive ways to address this difficult conversation is the focus of a paper in PLOS ONE journal by palliative care experts across Australia. Led by Flinders University, researchers surveyed almost 1500 people on the use of language to express their feelings and insights into death and dying. They found that a reluctance to think, talk or communicate about death was even more pronounced when people dealt with others’ loss compared to their own. However, either way, people tended to frame attitudes and emotions in a sad and negative way. Participants were then enrolled in a six-week online course course developed at Flinders to encourage open conversation about death and dying. Analysis of the emotional content of the words used by the participants showed that by the end of the course they were able to use “more pleasant, calmer and dominating (in-control) words to express their feelings about death.” 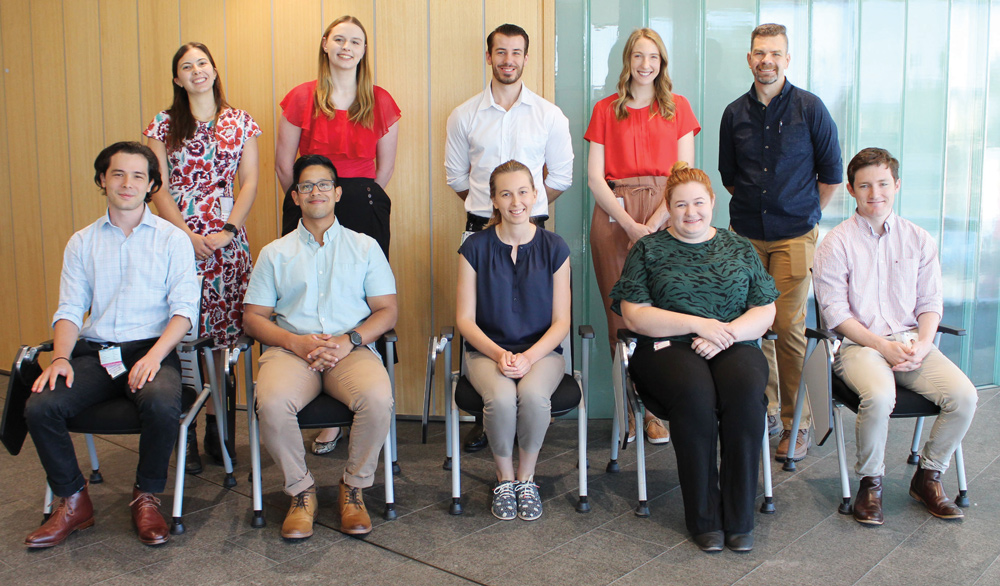 Twelve medical interns have started work with St John of God Health Care in WA, making up the second batch of newly-minted doctors to be directly employed by the group. Since last year, SJOG has been accredited to run its own medical intern program, allowing local medical graduates to access employment in a combined public and private setting. This year’s interns will be based at St John of God Midland Public Hospital and will also rotate to St John of God Subiaco Hospital. SJGHC CEO Dr Shane Kelly said there had been positive feedback from the inaugural interns about the teaching and training they received, despite the challenges caused by COVID-19. Midland public hospital CEO Michael Hogan said over the next 12 months, the interns would gain experience across medical specialties including general surgery, emergency medicine, general medicine/acute aged care, paediatrics, intensive care and neurology/stroke. “Since the hospital opened in 2015, we have supported more than 1290 medical interns, resident medical officers and medical registrars,” he said.