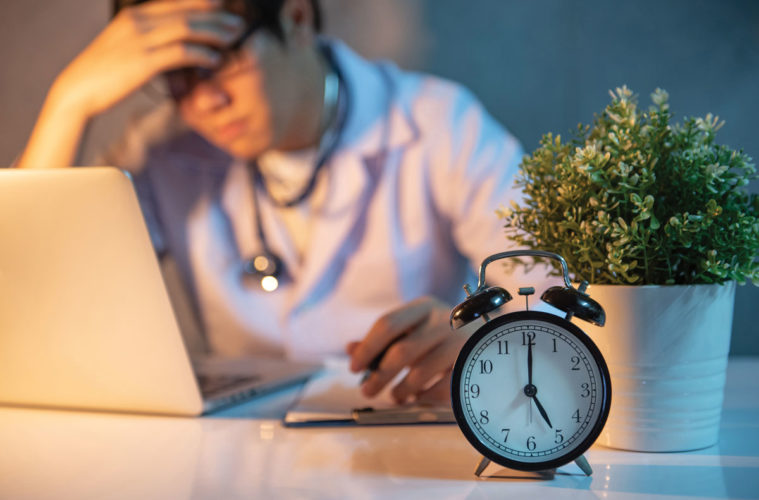 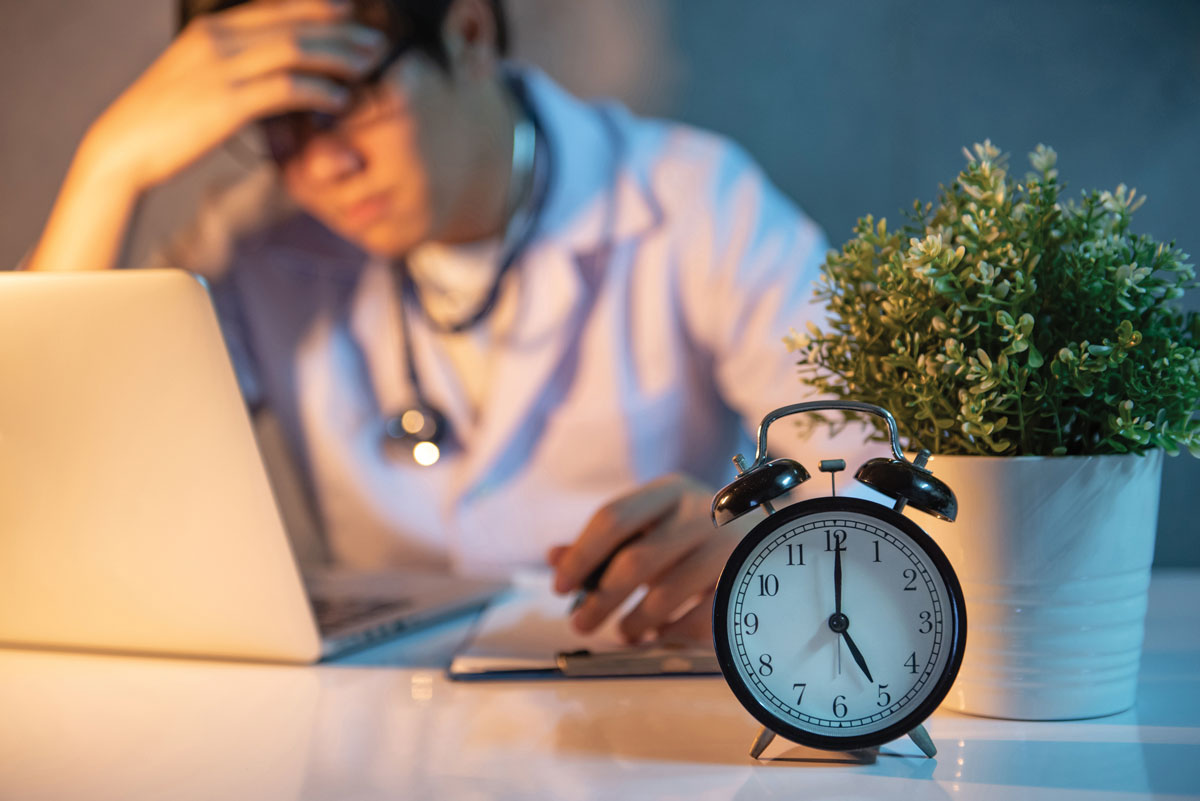 Researchers from UNSW’s School of Psychiatry and Black Dog Institute, led by Prof Gordon Parker, have carried out studies into burnout – one has mapped personality styles which could predispose certain people to burning out and the other has developed a check-list of signs and symptoms by people experiencing it.

While burnout is not currently recognised as a standalone clinical diagnosis, the World Health Organisation officially listed burnout as an occupational syndrome, which can have severe impacts on sufferers’ mental and physical health, while the financial impact of burnout is huge, with stress-related work absenteeism and presenteeism costing Australia $14.81 billion per year.

In one of UNSW’s new studies, the responses from 1,019 people who completed a questionnaire indicated nine other factors commonly affecting people experiencing burnout. These included: anxiety/stress; depression and low mood; irritability and anger; sleep disturbances; lack of motivation or passion; lack of concentration, memory loss or brain fog; withdrawal from others; and physical symptoms such as aches, headaches, nausea and low libido; and emotional fragility.

Participants included managers, students, teachers, home/child carers, nurses and midwives. While it was open to both males and females, 75% were female.

The other study also raises intriguing questions about whether more carefree and easy-going people might be less likely to develop burnout due to a ‘protective’ personality style. Perfectionistic and work-focused traits have also been discovered to be the biggest red flags for those developing burnout. 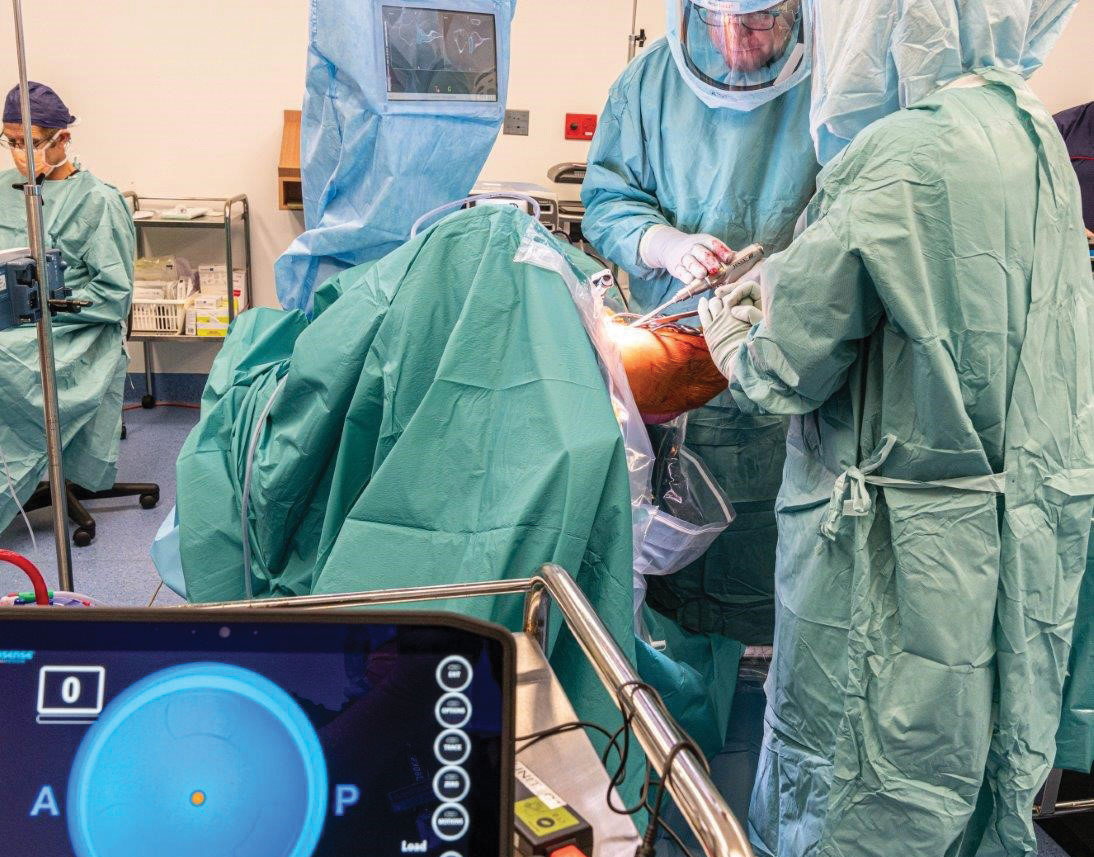 Orthopaedic surgeon Dr Sven Goebel oversaw the first Australian joint replacement shoulder surgery using a computer-aided load balancing sensor recently at Bethesda Hospital. A reverse total shoulder arthroplasty was performed using technology that can intra-operatively quantify joint tension in the shoulder. Once the information is provided by the sensor, it is discarded and the sensor is not permanently implanted in the patient. 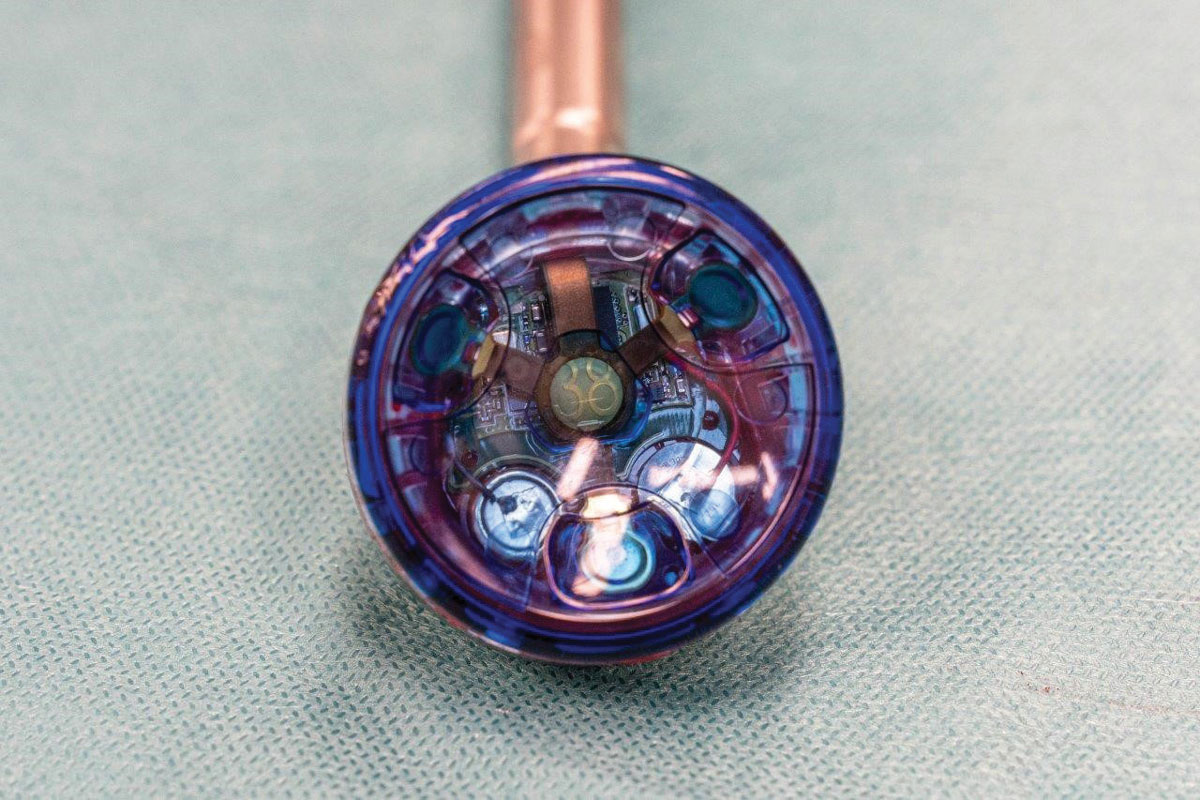 The sensor in use during surgery

Sven has been involved in a Perth-based laboratory study evaluating the sensor. He said that in the lab the sensor provided information that had never been available before. “It was helpful to receive active, dynamic feedback on the joint compressive load through the full range of motion.”

A pilot program led by UWA, Dr Alan Leeb’s SmartVax, MedAdvisor and the QUT will be monitoring the effects of flu vaccines administered by pharmacists this flu season. When the novel COVID-19 vaccine becomes available, the program could monitor its effects as well.

Supported by a $40,000 grant from the JM O’Hara Research Fund of the Pharmaceutical Society of WA, the program aims to fill a void where no surveillance program exists to monitor the effects of immunisation from in-pharmacy vaccinations.

Central to the project is active vaccine surveillance, which is particularly important for vaccines that change such as the flu vaccine, and for new vaccines. For the first time worldwide, a four-strain flu vaccine specifically formulated for people 65 years and older is available, which will be monitored.

In the March edition of Medical Forum, we explored extra-medical opioid use and found, much like the NDRI, that it is an issue that runs deep into the community.

How deep? According to the NDRI, 645,260 Australians were misusing pharmaceutical and illegal opioids, while 104,000 were classified as dependent.

Economically, the tangible costs of extra-medical opioid use were reported to be $5.63 billion with $1.08b in healthcare costs, $936m in drug-related crime, $481m in road traffic accidents, $2.48b in premature death, $459m in workplace costs and $194m in a non-defined category including prevention programs.

The breakdown of the costs to the healthcare sector were $311m for pharmaceutical treatments, $127m specialist drug treatments, $249m for inpatient hospital treatment, $235m for primary healthcare treatment, $41m in ambulance and emergency presentations, $31m for outpatient services and $85m in other costs.

The authors say the intangible cost of extra-media use of opioids is $10.13b based on the reported deaths.

With about 80% of Australians searching the internet for health advice and 34% of people attending emergency departments having looked up their symptoms online, just how clinically effective is the internet?

To answer this question researchers from Edith Cowan University  tested the effectiveness of online symptom checkers and their clinical abilities to accurately diagnose and triage. For the purposes of the research, symptom checkers (SCs) are programs, apps and websites that provide probable diagnoses and triage advice.

The findings, published in the Medical Journal of Australia, suggest the limited abilities of SCs, with 36% of the patient vignettes correctly diagnosed. SCs were more accurate triaging, with 49% of the patient vignettes receiving appropriate advice, however, the researchers found this advice was particularly risk-averse, frequently suggesting urgent care when not appropriate.

Figures from the Medicare Benefits Schedule (MBS) reveal what has been suspected for weeks – there was a 10% drop in GP visits for the management of chronic disease in March, equating to 96,000 less visits compared to the same time last year.  Alongside the impact of COVID-19 on this decline, pathology data from NSW reveal a 28% drop in cholesterol tests being processed in March compared to the same time in February.

“A doubling of the number of calls to our Helpline compared to the same time last year tells us that many Australians living with heart disease are worried about their risk of COVID-19 complications, especially as restrictions ease,” he said.

And while GPs claimed more than one million telehealth items in March, only a small proportion of GP visits for the management of chronic disease were delivered via telehealth. The data also showed an increase in shorter GP visits of less than 20 minutes, compared to the same time last year, which is likely a reflection of increased flu vaccinations.

Telehealth has helped slightly to bridge the gap for longer GP consults of more than 20 minutes, which saw a 9% drop from March last year.

Telethon Kids Institute researchers working with a global team have identified the mechanism behind one of science’s most enduring mysteries: what makes the 100-year-old tuberculosis (TB) vaccine, BCG, so effective at preventing newborn deaths from diseases other than TB.

Telethon Kids researchers Professor Tobias Kollmann and Dr Nelly Amenyogbe identified a dramatic and rapid increase in neutrophils in mice and babies within three days of BCG vaccination. They first witnessed the phenomenon – known as emergency granulopoiesis (EG) – in mice, with their global team later validating it in blood samples from newborn babies in West Africa and Papua New Guinea.

“It’s been known for a very long time that neutrophils play a very important role in managing sepsis, but until now nobody understood the role of BCG in initiating this critical process,” Dr Amenyogbe said. “It was actually thought to be biologically implausible, however, we’ve not only shown how BCG is involved, but that it kicks off this process almost instantly following vaccination – far more quickly than anticipated.”

Curtin University has been awarded $1.29 million in NHMRC grants to develop strategies to predict stillbirth and to investigate ways to eliminate tuberculosis in high-risk countries.

Dr Gizachew Tessema from Curtin’s School of Public Health will develop a strategy to predict the risk of stillbirth, preterm birth and low birth weight by analysing data from more than four million births in WA, NSW, South Australia and the Northern Territory.

Dr Kefyalew Alene from Curtin’s School of Public Health and Telethon Kids Institute leads the second research project, which aims to design and implement an innovative approach for eliminating tuberculosis in high-burden countries such as Ethiopia and China. The research will integrate contemporary analytical methods within a single framework and provide evidence to make a shift from the current paradigm of passive case detection.