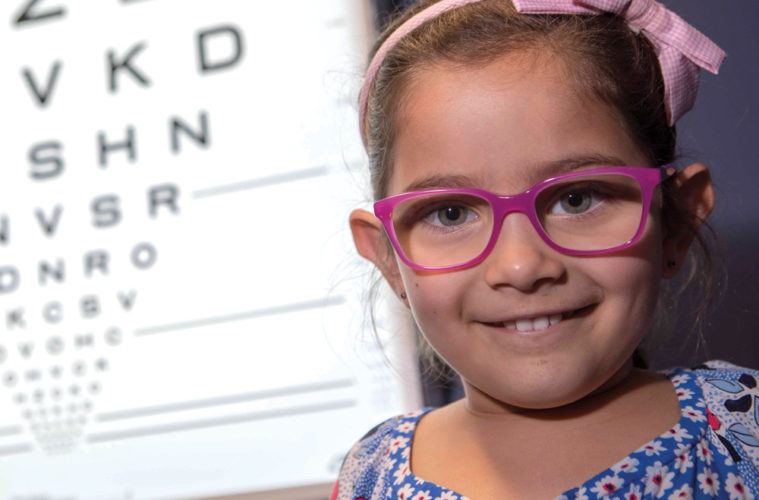 Isabelle Piercey at the eye clinic.

Eyeing off diabetes in kids

A new eye clinic at the Lions Eye Institute, set up to treat children and adolescents, will help to reduce blindness in WA children with diabetes.

The clinic is a collaboration between the LEI and Perth Children’s Hospital and is part of the new Perron Paediatric Retinopathy Initiative, supported by the Stan Perron Charitable Foundation.

It includes the new clinic and a significant research project that will help develop new therapies to reverse sight threatening complications due to diabetic retinopathy.

Doctors, midwives and midwifery students were more concerned about their exposure to COVID-19 while at work than the women receiving maternity care in the same settings, Curtin University research has found. As national and international health leaders consider how to best provide maternity care in a post-COVID world, the research has produced the first-known evidence of the varied experiences of people involved in receiving and providing maternity care during the pandemic. The research involved a survey of 3701 women, their partners, midwives, medical practitioners and midwifery students who had received or provided maternity care from March 2020 onwards in Australia. Lead author Dr Zoe Bradfield from Curtin School of Nursing said pregnant women and new mothers were most concerned about the general threat of COVID to them, their babies and their families, but less concerned about exposure to the virus through medical or health settings than the doctors and midwives working in these environments.

New trials at the University of Western Australia may offer hope to sufferers of sleep apnoea who struggle to get a full night’s sleep without disruption. Sleep apnoea is the second most common sleep disorder affecting about 50 per cent of people over the age of 50 and occurring when the airway or throat narrows or completely blocks during sleep. The current most effective way of treating sleep apnoea is via a continuous positive airway pressure (CPAP) machine that blows air into the upper airway passages. But fewer than half of patients go on to use it long term. UWA’s Centre for Sleep Science is seeking volunteers to take part in one of two current trials investigating two new treatments that are possibly more tolerable than CPAP yet still effective for users. Centre director Dr Jen Walsh said there was a need for new sleep apnoea therapies for people who struggled with existing options. The centre is looking for volunteers (up to 75 years old) who have obstructive sleep apnoea but are not regularly using any treatments. Those interested can phone 6488 4604 or 0447 591 894, or email sleepscience-aphb@uwa.edu.au.

Fashion icon Carla Zampatti’s recent death from a fall has put the spotlight on the dire consequences of a misjudged step or loss of balance. Falls in older adults can cause serious and life-threatening injuries and are a major source of concern for their family carers. Hollywood Private Hospital is investigating the impact of falls in older patients on their family carers. Edith Cowan University nurse researcher Marcus Ang said many carers experienced long-term psychological distress due to the fear of their loved one falling and becoming injured. “We hope to understand more about the falls experiences of family carers before, during and after hospitalisation of older patients,” Dr Ang said. “Understanding carers’ falls concerns is crucial to determine if they are coping with the provision of care or have adequate knowledge and support in preventing falls.”  About 180 family carers and patients will be recruited for the study, which is due to start in June. If successful, Dr Ang hopes the carers’ questionnaire will be used as an alternative risk assessment tool to predict the fall risk of older patients from the perspective of their family carers.

Eating one cup of leafy green vegetables every day could boost muscle function, according to new Edith Cowan University research. The study, published in the Journal of Nutrition, found that people who consumed a nitrate-rich diet, predominantly from vegetables, had significantly better muscle function of their lower limbs. Poor muscle function is linked to greater risk of falls and fractures and is considered a key indicator of general health and wellbeing. Researchers examined data from 3759 Australians taking part in Melbourne’s Baker Heart and Diabetes Institute AusDiab study over a 12-year period. They found those with the highest regular nitrate consumption had 11 per cent stronger lower limb strength than those with the lowest nitrate intake. Up to 4 per cent faster walking speeds were also recorded. Lead researcher Dr Marc Sim from ECU’s Institute for Nutrition Research said the findings reveal important evidence for the role diet plays in overall health. While leafy greens may be some of our least favourite vegetables, they could be the most important, according to Dr Sim. A research study at Hollywood Private Hospital will investigate the impact of the exercise program PD Warrior on patients with Parkinson’s disease. The program involves intensive exercises designed to retrain the brains of people with the nervous system disorder. The specific exercises aim to improve mobility and function to help participants gain better control over their movements. The research project will look at the quality of life of participants and objective measures, such as mobility and balance, before and after they take part in the PD Warrior program. The study is being conducted by neurologist Dr Julian Rodrigues, with neurological physiotherapist Claire Tucak, who said the program had the potential to be a game-changer for patients with Parkinson’s. The study will provide data on both subjective and objective outcomes before and after a 10-week PD Warrior program. The results are expected at the end of the year. Meanwhile, more than 20,000 Australians under 50 years of age living with Parkinson’s are set to benefit from the launch of an Australian-first digital support platform. Developed as a ‘living lab’ model, the Young Onset Parkinson’s Exchange (YOP-X) is a free-to-download app and resource hub uniquely shaped by the first-hand knowledge and experiences of Australians living with young onset Parkinson’s disease. Available to patients, carers, healthcare professionals and NDIS-contracted providers, the YOP-X app can be downloaded for free from the App Store or Google Play.

Soap as good as fancy stuff

Soaps that claim to be antimicrobial or antibacterial are no better than ordinary soaps and are feeding the growing superbug problem and should be banned, Monash University researchers say. Demand for household soaps with antimicrobial additives has spiked during the pandemic, with consumers duped by the false premise that they provide superior protection against germs and disease. Professor Trevor Lithgow, director of Monash University’s Centre to Impact AMR, says ordinary soap and water is an effective hand hygiene solution and reduces unnecessary exposure to chemicals that are feeding antimicrobial resistance and creating superbugs. Superbugs are predicted to kill 10 million people a year by 2050, including tens of thousands of Australians. While overuse of antibiotics is also driving these superbug infections, antimicrobial soaps and detergents are a contributing factor and should be banned, Professor Lithgow said.

A report released by the Australian Physiotherapy Association argues there is strong evidence of the cost effectiveness and improved quality of life from physiotherapy interventions. An independent analysis undertaken by the NOUS Group showed the economic benefits that physiotherapy provided to patients and the Australian healthcare system. The report analysed the impact of physiotherapy on 11 common conditions including osteoarthritis of the hip and knee, falls prevention programs, back pain, and a diverse range of other health conditions affecting millions of Australians.

Drugs not always the answer 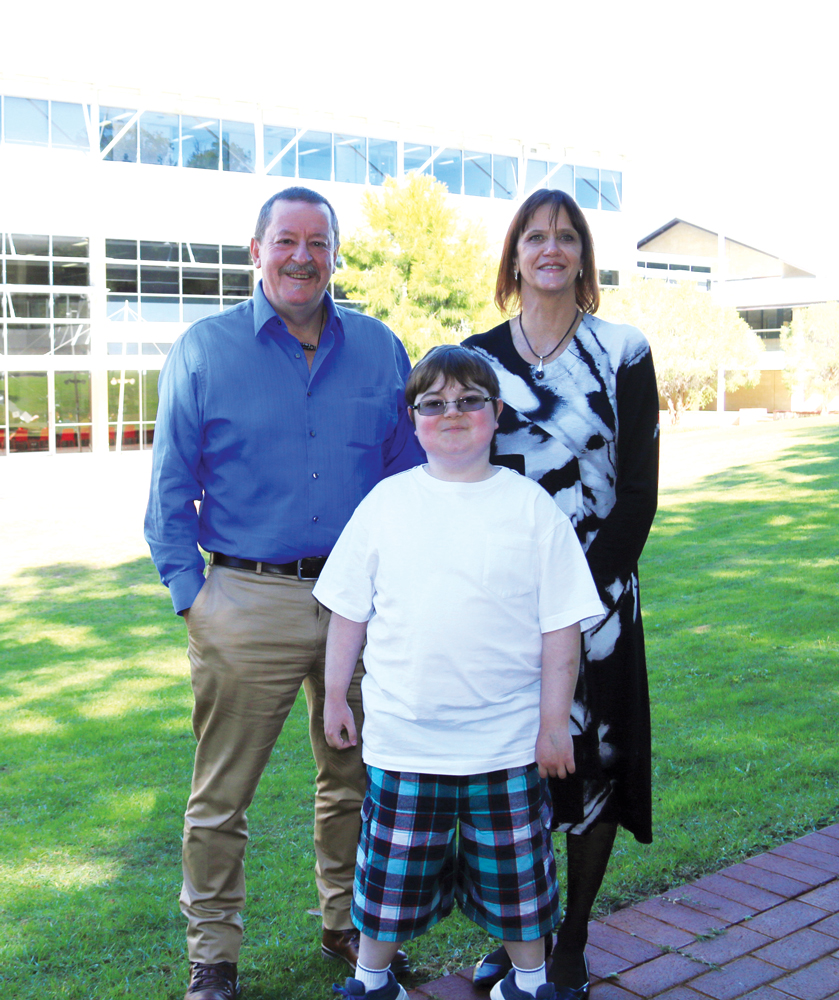 
A third treatment developed by a WA research team to treat Duchenne muscular dystrophy has received accelerated approval by the United States Food and Drug Administration. American biopharmaceutical company Sarepta Therapeutics said the drug casimersen had the potential to treat eight per cent of patients with Duchenne by skipping exon 45 during dystrophin expression. Casimersen and the two other gene-patching drugs approved by the FDA for Duchenne were developed through the pioneering research of Professors Steve Wilton and Sue Fletcher at the Perron Institute and licensed through the University of Western Australia. Each drug is designed to treat a specific type of dystrophin gene mutation and this required testing in separate clinical trials. Duchenne muscular dystrophy, occurring mainly in boys, is the most common childhood form of muscle-wasting and is caused by a genetic error that prevents the body from producing dystrophin, a protein essential for maintaining muscle fibre strength and stability. Most children with Duchenne require a wheelchair before their early teens. Billy Ellsworth, pictured with Professors Wilton and Fletcher, received treatment with the first Duchenne drug, eteplirsen (Exondys 51) and is now aged 20 and still able to walk. This initial exon 51 skipping drug targets about 10-13 per cent of Duchenne patients.