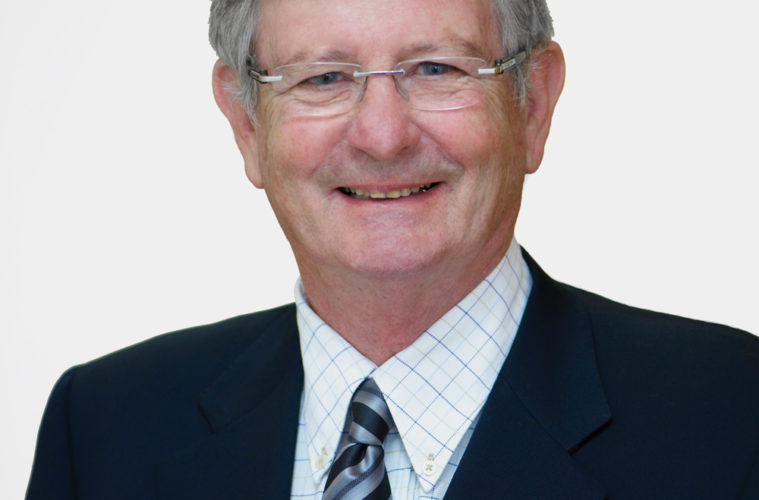 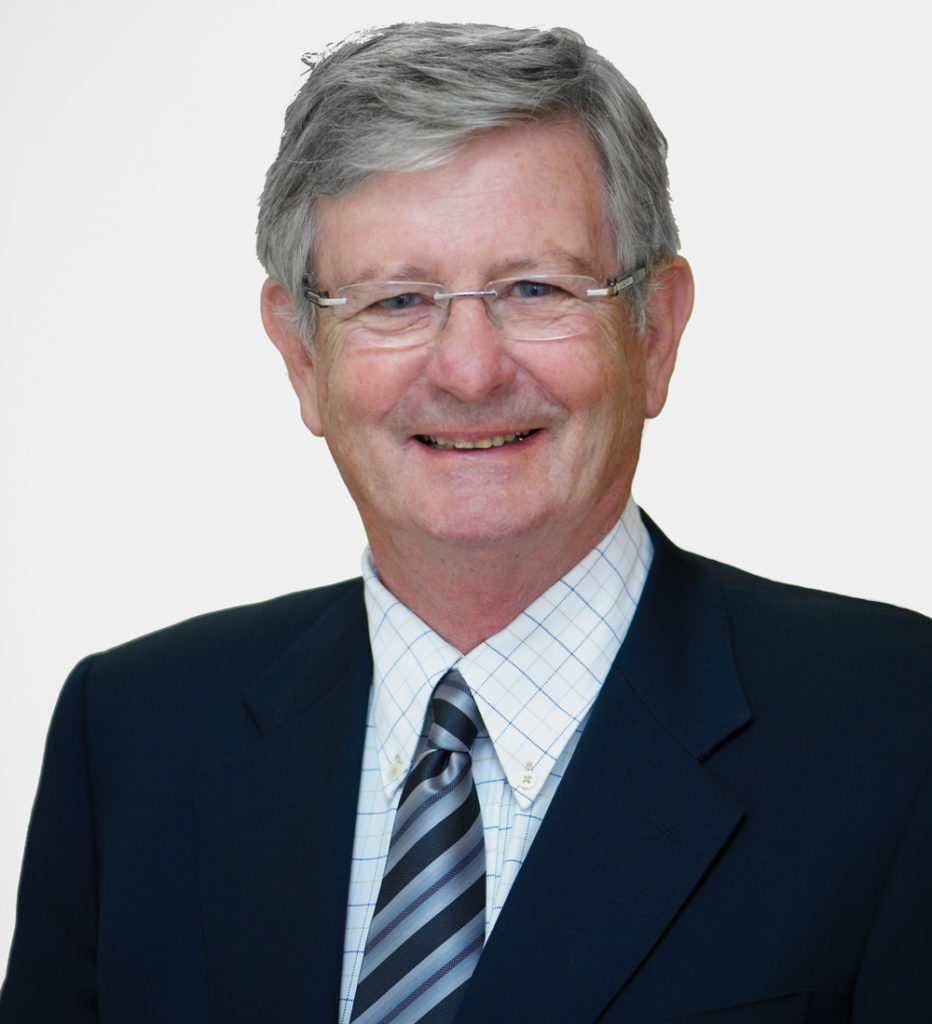 The medical community and, particularly, the St John of God and University of Notre Dame families are mourning the loss of Professor Michael Quinlan, who died recently.

Prof Quinlan had a lifetime association with the Subiaco Hospital, in fact he was born there. When he continued the family tradition of studying medicine, it was to the St John of God Subiaco hospital where he commenced as a general physician in 1968 alongside appointments at SCGH and RPH.

“He was a superb General Physician, his diagnostic skills being honed before the advent of today’s technology, Subiaco’s chief executive Professor Shirley Bowen said.

“He lobbied for UWA medical students to receive teaching in a private hospital setting and was successful in bringing both UWA and eventually University of Notre Dame medical and nursing students to Subiaco.

“This made Subiaco a teaching hospital and contributed
to the high quality of care that we have today.”

He was also one of the “founding fathers” of the University of Notre Dame Australia and the advent of the Notre Dame Medical School and a scholarship there bears his name.

Prof Bowen said Prof Quinlan would long be remembered for his enduring contribution to teaching and the medical profession.

“Many of us have benefited from his wisdom and guidance. He was a wonderful teacher, mentor and colleague,” she said.

“Put simply, Michael was a scholar and a gentleman. We are honoured by his enduring association with SJG Subiaco Hospital. His legacy of compassion and healing will live on in the generations of doctors he has taught and mentored.”

It hasn’t been a great month for the RACGP with technical hitches prompting the abandonment of the Key Feature Problem exam and the Applied Knowledge Test and subsequent refunding fees to all candidates. The Acting President, Associate Professor Ayman Shenouda, apologised unreservedly and said the college aimed to deliver a rerun of the exams this year. A couple of days later the college announced it was suspending the Candidate Assessment and Applied Knowledge Test (CAAKT) for the final intake of the 2021 Australian General Practice Training (AGPT) program (with full refund). The reason was that it was to use the same platform as the ill-fated KFP exam. Prof Shenouda said the college had reached an agreement with Regional Training Organisations (RTOs) to allow all final intake candidates to progress through the selection process without delay. “Given the relatively small number of candidates for the second and final AGPT intake for 2021, the RTOs have agreed all CAAKT candidates will automatically progress to the final selection process where their medical knowledge as well as their clinical, ethical and other decision-making skills will be tested at the multiple mini-interview,” he said. Counselling services were available through the GP Support Program and Drs4Drs for affected candidates.

Doctors for the Environment WA are helping with the campaign to ban plastics to clean up our seas and waterways. It is combining with WA Seabird Rescue to host a free community screening of Albatross on Friday, November 6, at 6.15pm at the North Fremantle Community Hall. The documentary was made from 400 hours of footage filmed over four years on Midway Island in the North Pacific following these gentle giants of the sky, which are now listed as endangered largely due to the effects of plastics in the ocean. There will be stalls and fundraisers as wells as a comment board to encourage the WA Premier to ban single-use plastics to bring the state in line with Queensland and South Australia. Bookings are essential.

The impact of the COVID-19 pandemic has long been thought to have severely impacted routine cancer screening, in a similar way as it impacted on GP visits. A report by the AIHW now has quantified what was suspected. The report, Cancer screening and COVID-19 in Australia, looks at data from January to June 2020 on the three national cancer screening programs—BreastScreen Australia, the National Cervical Screening Program, and the National Bowel Cancer Screening Program.

The number of screening mammograms declined sharply with the service pausing in late March for a little less than a month. While more than 70,000 mammograms were performed in March 2020, this fell to around 1,100 in April. Overall, there were around 145,000 fewer screening mammograms conducted between January and June compared to the same time in 2018.

The number of cervical screening tests was expected to drop in 2020 due to the National Cervical Screening Program changing from two-yearly to five-yearly screening. The AIHW said it wasn’t possible yet to know the impact of the pandemic on test rates. Data shows a decline in the number of cervical screening tests from the second half of March 2020, which remained low throughout April, during which fewer than 30,000 tests were carried out. The number of tests began to increase in May, and rose again in June. It is thought this screening test was impacted by the drop-off in GP visits.

For the National Bowel Cancer Screening Program, there was no clear effect of COVID-19 restrictions on screening activity as it is a home test, though samples did need to be posted.

Still on screening, the Health Minister Roger Cook flagged a new permanent BreastScreen WA Clinic in Albany as well as a new Breast Screening and Assessment Centre in the northern suburbs of Perth. The Albany clinic is expected to screen 3,000 women annually. The permanent clinic will replace the mobile facility that has been operating in Albany for more than 25 years. The new northern suburbs clinic will combine both screening and follow-up assessment and is likely to be located in the Joondalup area with a targeted opening date in the second quarter of next year.

We reported earlier in the year that Bethesda Hospital had begun planning a mental health facility in Cockburn to meet some of the unmet mental health needs in the rapidly expanding southern suburbs. SJG Murdoch last month announced that it was also planning a 48-bed private, stand-alone mental health facility on its campus, which would include a specialist youth and adolescent service. Dr Chinar Goel (pictured) has been appointed the Mental Health Lead. She said there were no private specialist inpatient services specifically for young people anywhere in the State and there was “a clear unmet need in our community”.

Neami National has been awarded the tender to operate the 10-bed community mental health Step Up/Step Down service that will be located in Geraldton and the 10-bed service that will be located in Kalgoorlie. The state government gave the Mid-West service a push along with an extra $2.4 million so it could open 12 months earlier than expected. Both the Mid-West and Goldfields services will open early next year. Richmond Wellbeing will operate the six-bed Pilbara service which is expected to open later in 2021. The WA Country Health Service will provide clinical supports as part of each of the services.

The AIHW reports that the number of radiotherapy courses grew from 61,000 in 2015-16, to 74,000 in 2018-19 with six in 10 of these courses in the latest period being delivered by public providers. In 2018-19, half of all radiotherapy patients started treatment within 10 days of being assessed as ready for care, and 90% within 27 days. For those who needed emergency treatment (1.5% of courses), 96% began treatment on the same or the next day. The proportion of public patients who needed emergency radiotherapy and received it within 24 hours ranged from 92% in Western Australia to 98% in the ACT. The median waiting time in the public system ranged from seven days in SA and NT to 22 days in the ACT. In the private system, the median wait time was eight days. Almost nine in 10 (89%) of the courses were delivered to people aged 50 and over and 1.4% were delivered to patients aged 30 or under. About six in 10 (59%) were intended to cure disease, 49% were palliative and 0.3% were prophylactic.

No CDC on the cards

Despite some calls in the sector and a Labor commitment, the federal government did not allocate funds in the budget for the creations of a centre for disease control – which some said was a wasted opportunity during a pandemic. The Australian Healthcare and Hospitals Association (AHHA) Chief Executive Alison Verhoeven said it had been a recommendation to government by the Standing Committee on Health and Ageing since 2013 and overlooked in favour of the development of a National Communicable Disease Framework. “The COVID-19 pandemic has revealed weaknesses in Australia’s planning and response processes. Inconsistent messaging and conflicting expert advice across jurisdictions were partly addressed ‘on the run’ by the establishment of the National Cabinet, with the Australian Health Protection Principal Committee reporting directly to it. However, this has resulted in a reduction in public transparency about disease control decision-making processes,” she said.

The National Asthma Council last month released a paper on work-related asthma to help GPs to manage what it described as under-recognised and under-reported condition. The paper suggests if patients are presenting with new-onset asthma or a recurrence of previous asthma, GPs are advised to consider the possibility of “occupational asthma” that is caused by airborne substances (sensitisers or irritants) in the workplace. “More than 300 workplace agents have been reported to cause sensitiser-induced occupational asthma, which accounts for about 90 per cent of occupational asthma,” said GP Dr Ian Almond, who was on the guidelines committee. 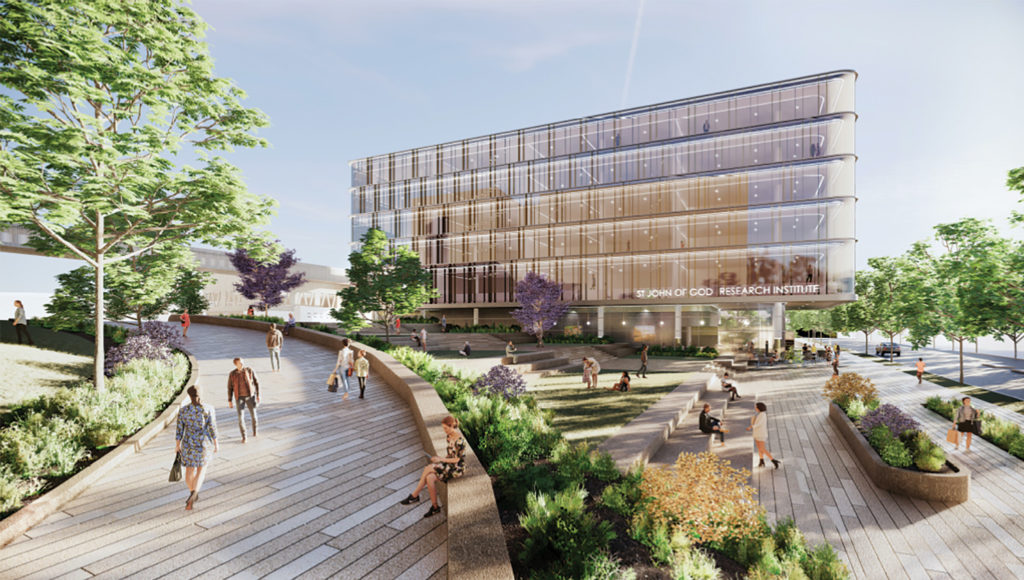 The oldest hospital in the St John of God Health Care group, Subiaco, is planning a major building and redevelopment program. The hospital, which opened in 1898, has put plans into the Cambridge Town Council that would add an Emergency Department, a seven-floor Mother and Baby centre and new medical specialist suites. The plans are open for community comment. Speaking to Medical Forum, the hospital’s chief executive Professor Shirley Bowen said the design had anticipated potential concerns about height and setbacks with extra setbacks from the street and the inclusions of open green space. If approved, the project will be done in stages. The first will be a complete revamp of the always critical engineering plant, followed by the mother and baby centre which will include 66 large bedroom suites, an obstetric theatre, a 26-bed Neonatal Intensive Care Unit, and a Maternal Fetal Assessment Unit. Theatres will increase from 23 to 26 plus a hybrid vascular unit with a new coronary care unit and cardiology ward.  The ED would be several years after this. The planned redevelopment will also add 30 new overnight and 20 day beds, plus specialist medical suites a research and education centre plus 222 additional car bays. It is hoped the tender will be awarded by the end of the year and construction started in 2021.