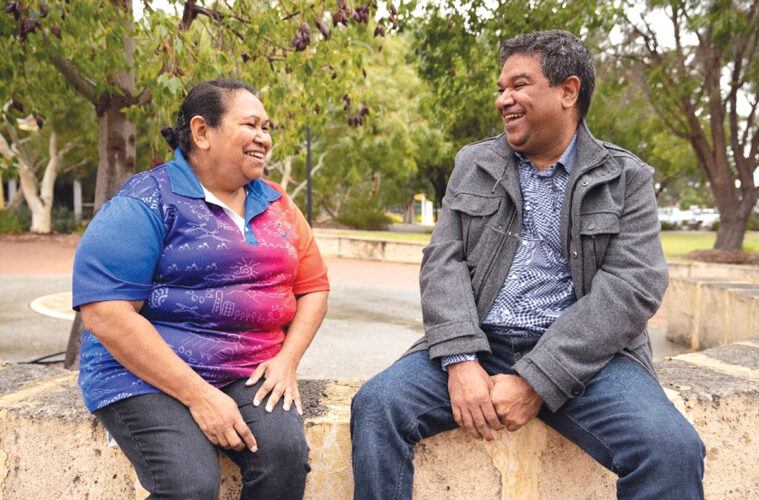 The Healing Right Way project, funded by the National Health and Medical Research Council, involves cultural security training at some hospital sites in country WA and a new Aboriginal brain injury coordinating service to support survivors and their families in the first six months after injury.

Its research manager Justin Manuel said rural staff could gain experience in research, while contributing to improved services for brain injury survivors in the country. The project is ongoing until early 2022.

St John of God Murdoch Hospital has played a key role in the global trial of a cancer drug that doubles the disease-free survival time in patients with oesophageal cancer. The immunotherapy drug, used in the trial CheckMate-577, which is already approved for other cancers such as Hodgkin lymphoma, melanoma and kidney cancer, gives hope to people with early-stage oesophageal and gastroesophageal junction cancer. 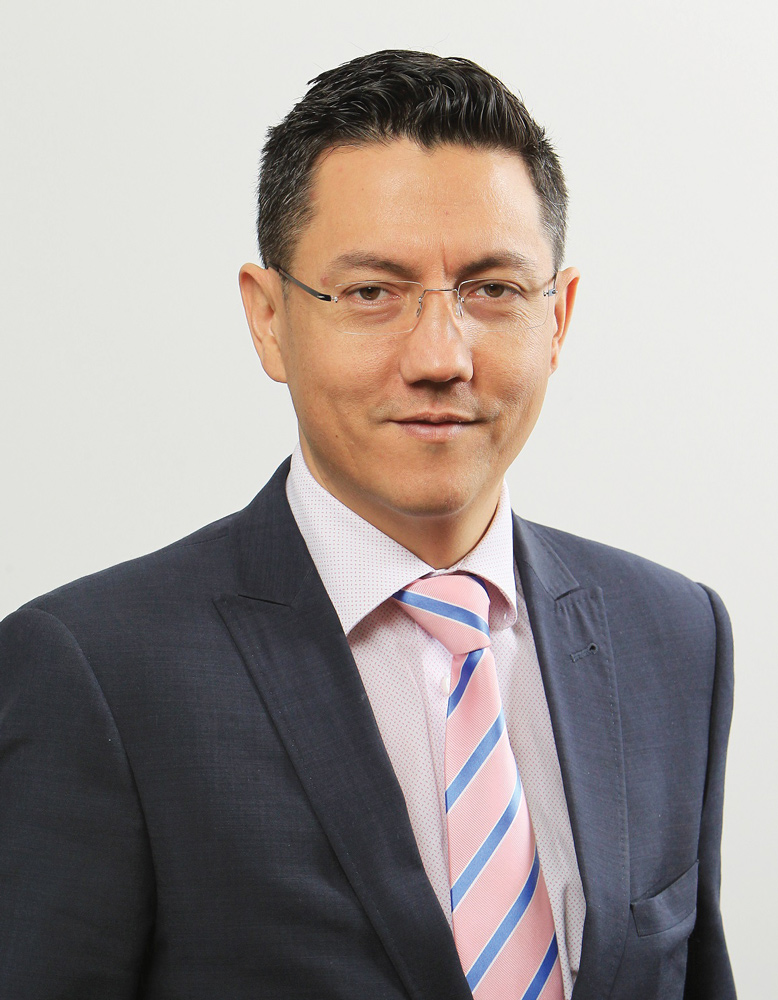 The head of SJOG Murdoch’s department of cancer services, Associate Professor Kynan Feeney, said it was hoped the drug would become the new standard of care.

“The cancer is very hard to treat, and most patients learn they have it after it has progressed to a point where they are not likely to survive, so this advancement is significant,” he said.

“The drug can double the disease-free survival times in patients from 11 months to 22 months, but importantly we now see more people living longer without cancer, meaning there are more people going longer before any relapse of their oesophageal cancer.”

Some of Australia’s biggest health insurers, including HBF and Medibank, are now allowing members to make claims on the spot by tapping their iPhone or Apple Watch on their healthcare practitioners’ HICAPS terminal, rather than swiping a plastic card.

The Thrive by Five TED talk, which was directed by filmmaker Michael Gracey and launched in Australia at Joondalup Health Campus, shows the simple yet life-changing things adults can do to help children thrive. The production is the work of the Minderoo Foundation through its Thrive by Five initiative.

Perth-based Proteomics International, the University of Melbourne and Melbourne’s Royal Women’s Hospital have developed the world’s first simple blood test for endometriosis, which affects one in nine women and costs Australia $9.7 billion each year.

The non-invasive test for endometriosis could save women years of suffering. At the moment, there is no simple way to test. The current gold standard for detection is an invasive laparoscopy. On average, it takes women seven to 12 years to be diagnosed.

A tissue bank of biological samples from more than 900 women will be used to validate Proteomics’ biomarkers. Site director and program coordinator of PCH’s Complex Pain Service Anna Hilyard said that for the first time in Australia the program would be available online and face-to-face, allowing families to participate from their home, school or workplace.

“Too many children live their day-to-day lives in chronic or persistent pain,” Ms Hilyard said.

“Chronic pain can wreak havoc in the lives of children, interfering with school, sleep, friendships and activities. Parents and caregivers are also deeply affected, as they may miss weeks of work caring for their child, and struggle with feelings of helplessness. We currently offer an intensive interdisciplinary pain program at PCH but places are limited.” ECU research has found that people who eat a diet rich in vitamin K have up to a 34% lower risk of atherosclerosis-related cardiovascular disease. Researchers examined data from more than 50,000 people taking part in the Danish Diet, Cancer, and Health study over 23 years.

They investigated whether people who ate more foods containing vitamin K had a lower risk of cardiovascular disease related to atherosclerosis. There are two types of vitamin K found in foods – vitamin K1 comes primarily from green leafy vegetables and vegetable oils while vitamin K2 is found in meat, eggs and fermented foods such as cheese.

The study found that people with the highest intakes of vitamin K1 were 21% less likely to be hospitalised with cardiovascular disease related to atherosclerosis. For vitamin K2, the risk of being hospitalised was 14% lower. This lower risk was seen for all types of heart disease related to atherosclerosis, particularly for peripheral artery disease at 34%.

First-aid for the needy

HIF and St John Giving, the charitable arm of St John WA, have come together to provide vital first-aid training and healthcare to the WA community.

As St John Giving’s first founding partner, HIF has committed $200,000 towards supporting key initiatives that address a variety of needs for vulnerable, disadvantaged and at-risk Western Australians. It will contribute to St John’s first-aid focus programs, its community transport network and its first responder app. 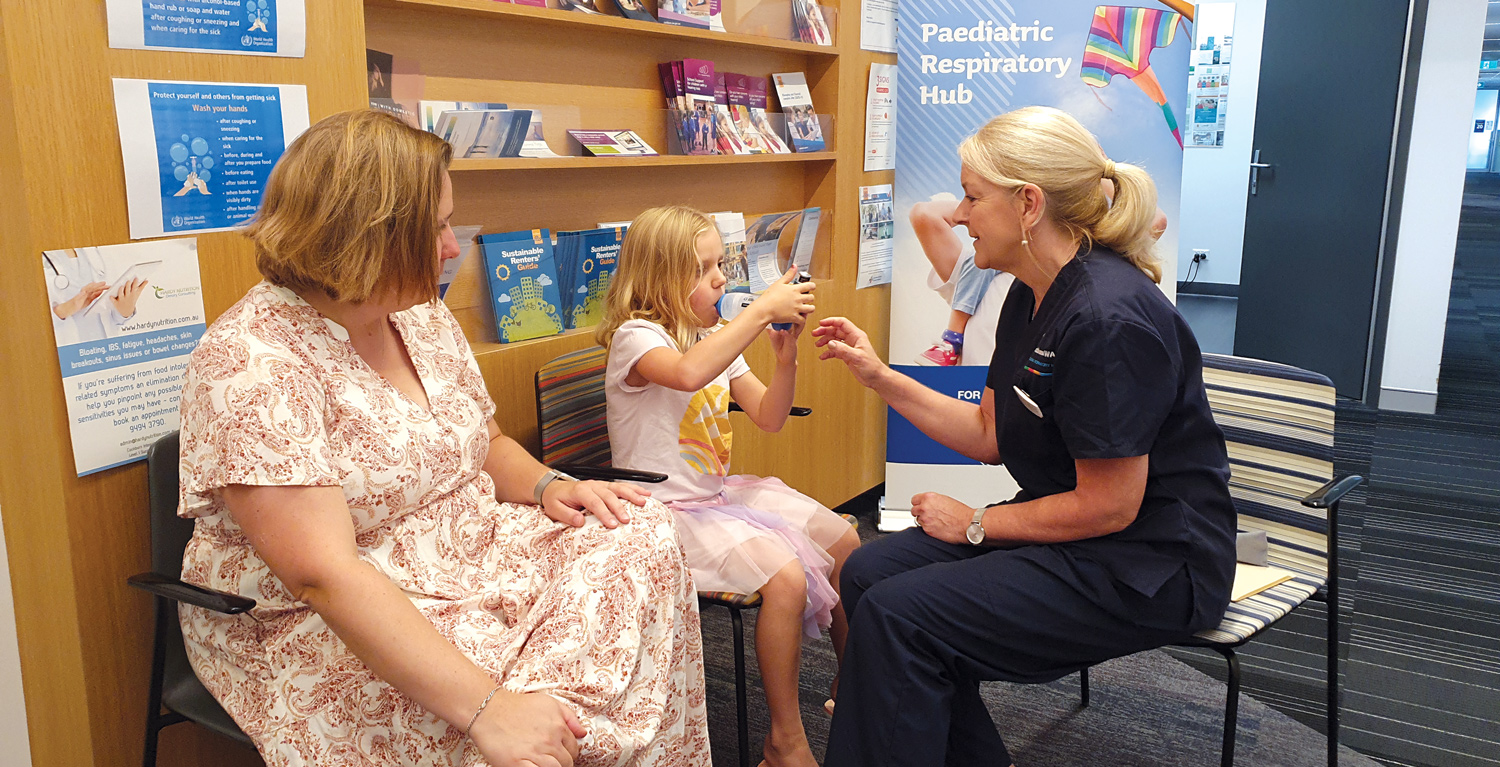 Asthma WA has opened Australia’s first paediatric respiratory hub in Cockburn. The hub operates up to three days a month, with a second location hoped to open in West Perth soon. The hub, for people aged four to 18 years, provides paediatric lung function testing, immediate analysis and review by a respiratory specialist, as well as a consultation with a respiratory health nurse in the one appointment.

The community-based bulk-billing service, the first of its kind in Australia, aims to provide children and their families with an optimal treatment plan for managing their respiratory health.

WA diabetes researchers trying to simplify gestational diabetes screening have discovered that a blood test early in pregnancy can help identify Aboriginal women at risk of having large babies. Research leader Associate Professor Julia Marley, from the Rural Clinical School of WA, said the discovery was made through the ORCHID Study, which aims to simplify screening for high blood glucose levels in pregnancy.

“Having a large baby can cause birth complications for mum and these larger infants are more likely to develop obesity and type 2 diabetes in later life, so if we can detect high blood sugar levels using an early pregnancy HbA1c test, we have a chance of reducing that risk,” she said.

This phase of the study, which is funded by a $60,000 Diabetes Research WA grant, includes 68 pregnant women from WA’s Kimberley region and has recently expanded to the Goldfields. 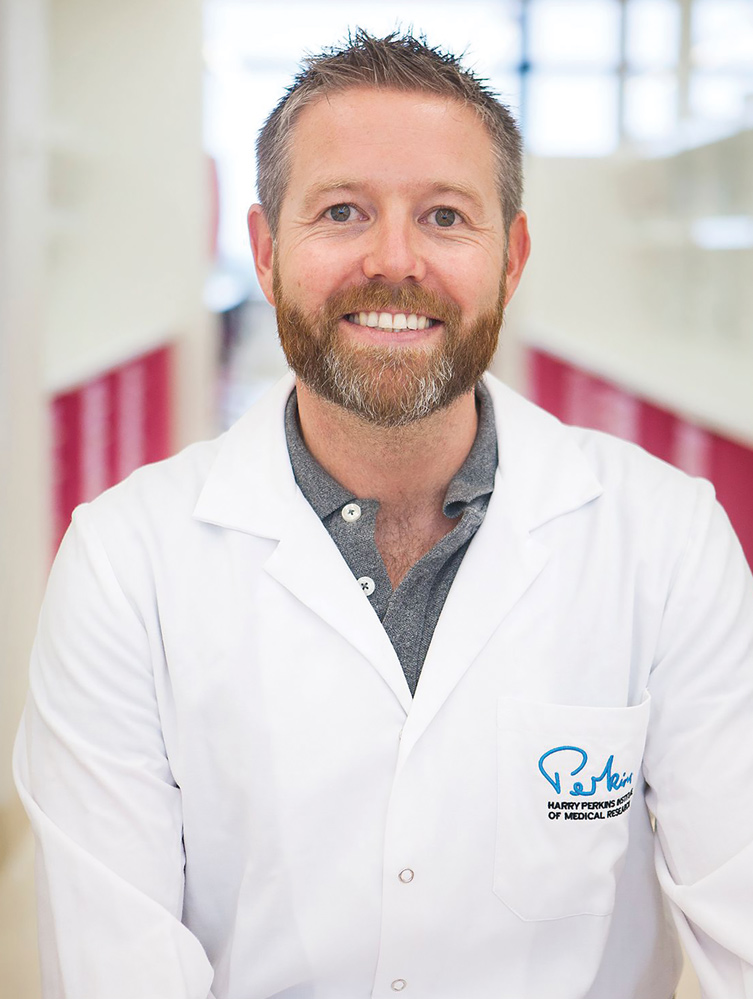 A new tool that provides cardiologists with rapid information to treat patients with heart disease and save lives from heart attacks was a finalist in the WA Innovator of the Year 2021 Awards.

Apricot, an advanced coronary artery assessment tool developed by a team of researchers from the University of Western Australia and the Perkins Institute, was named a finalist in both the Rio Tinto Emerging and Wesfarmers Wellbeing Award categories. It aims to provide new information to cardiologists when they are treating patients in the catheterisation theatre. The new information combines the anatomical data that they can see on the images, with engineering-based information they cannot see.

Associate Professor Barry Doyle and Dr Lachlan Kelsey from UWA’s School of Engineering and the Perkins Institute developed the methods over the past seven years, in collaboration with Professor Carl Schultz, the UWA Chair in Cardiology and interventional cardiologist at Royal Perth Hospital. 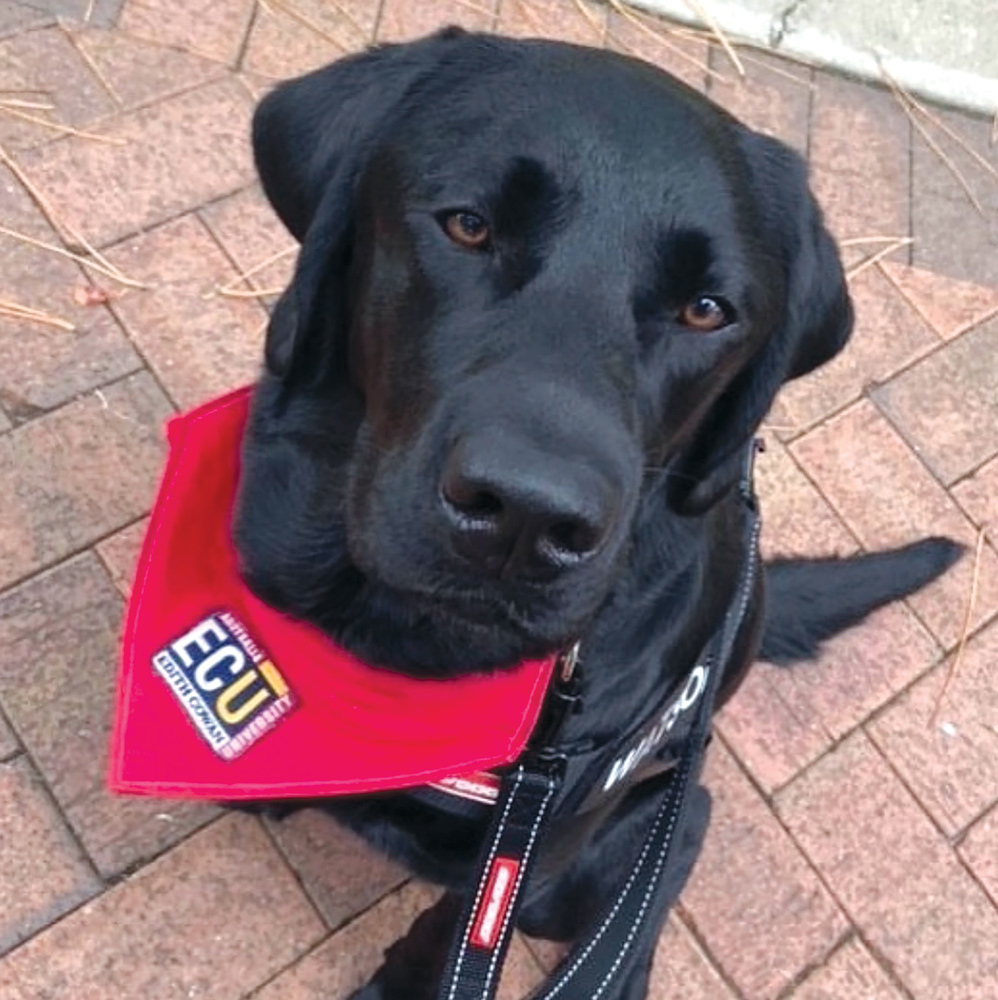 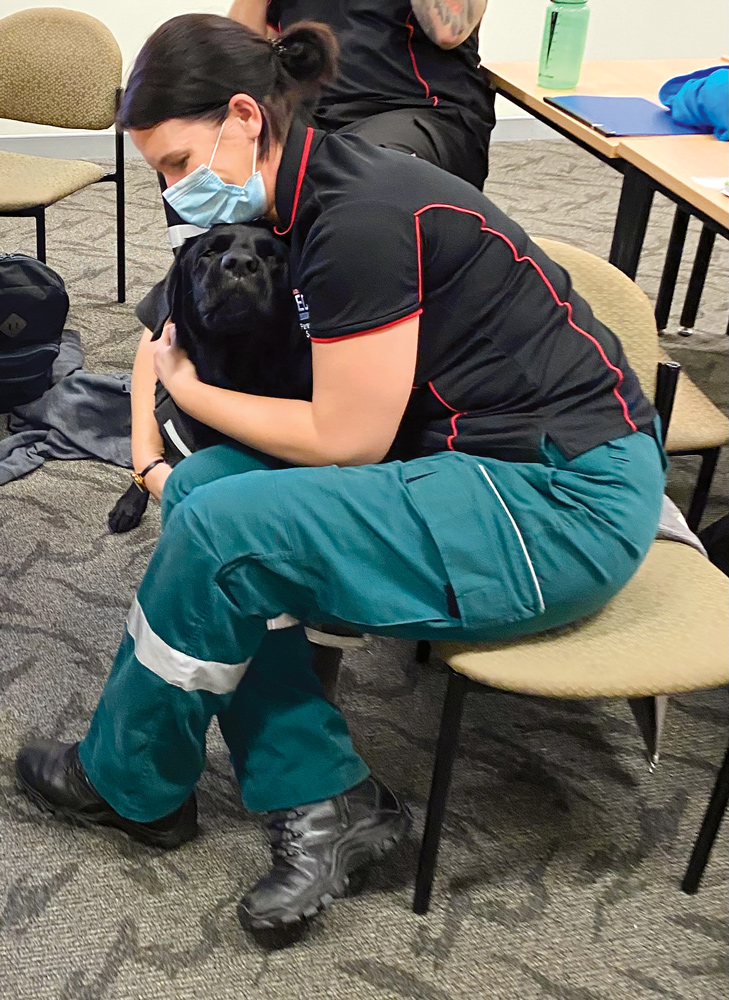 New research has confirmed that hanging out with a furry friend while studying has significant benefits for emotional wellbeing. The ECU project
is the first to specifically examine the impact of a wellness dog
for paramedicine students.

It involved 89 participants and examined their self-reported emotional wellbeing while the dog was in class. The study found the presence of wellness dog Watson contributed to students’ overall improved mental health, aided communication and helped provide a sense of belonging within the university community. Watson also helped students who may have been uncomfortable with dogs become more at ease with them.

A physical activity-based program that develops fitness, movement and social skills using activities such as juggling and pirate adventure play has been shown to boost confidence in children with mental health disorders and motivate them to lead more active lives.

The Fit for Play program was established by exercise physiologist Kat Fortnum, along with the University of WA’s school of human sciences and Pathways, a specialised Child and Adolescent Mental Health Service program.

Ms Fortnum set out to cater for the physical activity needs of primary school-aged children with disorders including post-traumatic stress disorder, severe anxiety and attention deficit hyperactivity disorder. Following a six-month intervention with 23 children aged six to 12 years of age, research showed that Fit for Play helped provide the first positive physical active experience for many of the participants.  As a result of the findings, it will remain part of the treatment model at Pathways.

“By increasing options available for rural training and providing a base for students to complete practical experiences, our goal is to encourage more graduates to take up employment in the regions,” she said.