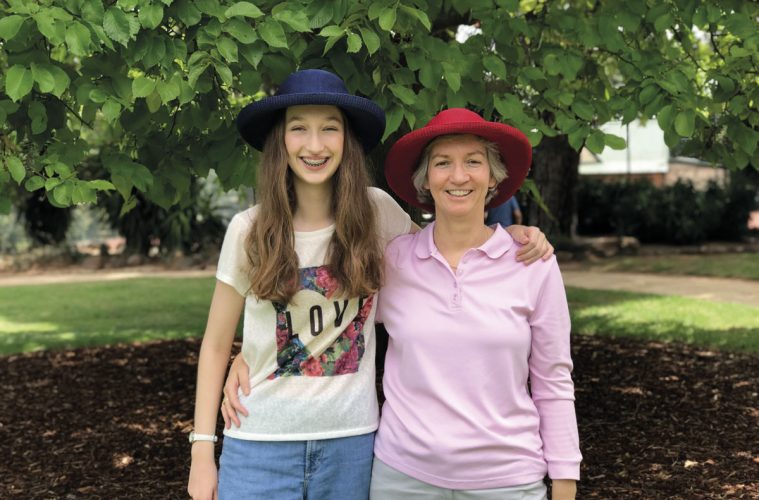 Life-Changing in a Heart Beat

This is a cautionary tale, and one that surgeon Dr Corinne Jones is pretty pleased to be able to tell.

On November18, 2017, she had an emergency coronary artery angioplasty and stent inserted to treat the 80% stenosis of her mid-left anterior descending artery. The condition is also known as the widow-maker.

But Corinne’s story begins about 12 months beforehand in a sequence of events that still has her shaking her head in disbelief. Disbelief that while the warning signs were flashing like neon lights, her steadfast faith in her genes (or at least those of her grandmother, who lived to 92) and her medical training were telling her it couldn’t happen to non-smoking, occasional drinking Corinne Jones, 52 years, BMI 24, mother, wife, surgeon and someone too busy to get sick. 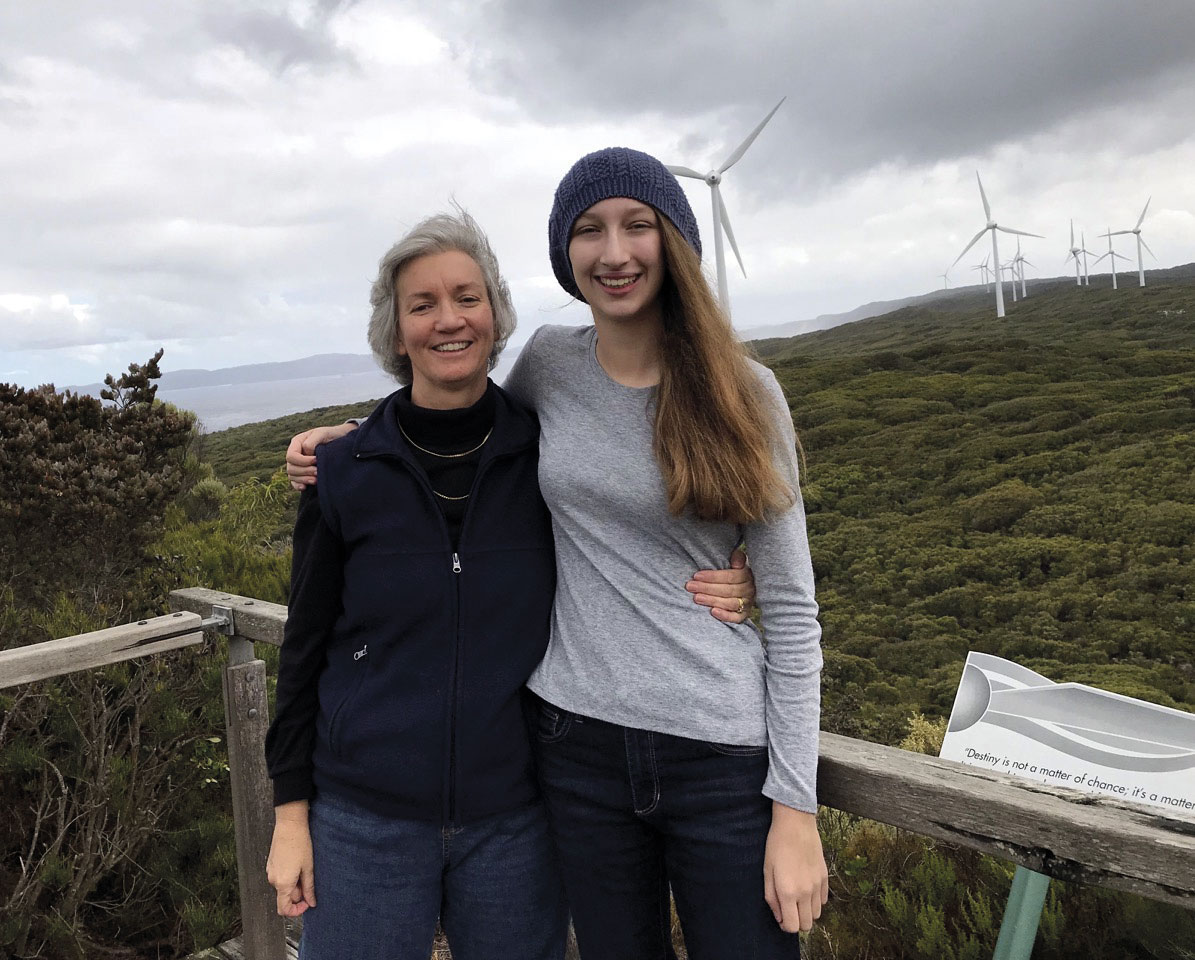 It was just before Christmas in 2016 when the random reflux Corinne had been experiencing during the year took a turn for the worse.

“It was a really hot day, I had taken some antibiotics but I had to go to the dressmaker who was up a set of stairs in the shopping centre. I started to get this feeling in the middle of my throat and my chest tightened and I had tingling down my left arm,” she told Medical Forum.

“I told myself, I am not having a heart attack, this is not happening to me. I point-blank refused to accept it so I kept walking. When I finally made it to the dressmaker, she told me I looked as dreadful as I felt but I sat down and it passed off.”

That’s when the internal wrangling began. Was it heart? Was it reflux? Should I go to hospital?

“It just goes to show how blind you can be when you are a doctor. I told my husband about the turn and he said I should go to the hospital if I was worried, but I shrugged it off and said I was all right.”

In mid-January the little voice continued to nag away inside her head, so she relented and went to see her GP who told her in no uncertain terms that it could not be ignored and thrust a referral to cardiologist Dr Richard Clugston into her hands.

But then a busy year got busier and the juggling of clinics and theatre lists got all too hard, so the visit never happened. Then in June 2017 there was the news that rocked the local medical world, particularly the close-knit world of obstetrics and gynaecology. The much-loved and highly respected O&G specialist Dr Glenn Lewis died of a heart attack while out jogging.

“Glenn was a year ahead of me at medical school and we and his wife Julie, with whom he worked, would always have a chat at the St John of God Subiaco tea room between operations. I attended his funeral service with hundreds of others at St Joseph’s church and I thought then that I must do something with myself. He was just 54, and I was 52,” she said.

“Those months leading up to November, I was overwhelmingly tired. Walking up stairs, running for a train – I was exhausted, but I put that down to being unfit while the pressure in my throat when I was sitting was getting worse. Still nothing clicked. I complained to my husband and he quite rightly told me I needed to sort myself out!”

“I had absolutely no symptoms while I was standing in theatre operating. The only trace of something wrong was the Mylanta bottles and tablets everywhere – at home, in my office, in my locker. I was drinking it like it was going out of fashion.”

“I was given a referral for a CT coronary angiogram that was booked to take place after a thyroid conference in Noosa. In the plane, I thought I was a goner. I felt terrible. I went to the loo and my lips were blue and I sat there and thought, OK, I’m hypoxic, will I survive?”

“I did, but the penny still hadn’t dropped! At Noosa I was so exhausted after walking to the conference hotel I slept through most of the meetings. I’d paid all this money and I couldn’t keep awake.”

On her return to Perth, Corinne packed in a couple of busy clinics before heading over to Envision for the CT coronary angiogram. Bells only started ringing when she was told one of the doctors would like to speak to her.

“Dr Brendan Adler is the star of the show here. I thought he was just being friendly, colleague to colleague, in for a chat. He was with another doctor and they looked serious. Then Brendan gave me the good news.

“Well, Corinne, your muscle is good and the valves are okay, but you have calcium there.”

“I had no clue what that meant because I am a surgeon so Brendan explained exactly what it meant.”

“I thought to myself this wasn’t going in a good direction.”

“But you know what, Corinne, the calcium score is not your main problem.”

“With that he magnified the artery and pointed at the layers of thrombus occluding the vessel.”

“I could not believe this was happening to me. I was in shock, really. With that, Brendan said 33% of people never get to tell the tale and I was still here. My immediate thoughts went to my 15-year-old daughter, Katherine. I had to be around for her.”

So, Brendon rang Richard Clugston, who advised Corinne to start aspirin immediately and to see him first thing the next morning. However, Brendon’s and Richard’s comprehension of the seriousness of her situation was far greater than Corinne’s.  She tells Richard that she has a full theatre list the next day (a Friday), she is asymptomatic standing, can she possibly see him on Monday?

“My presentation was very unusual and while Richard hesitated, he finally agreed to see me on Monday. I did my list which didn’t finish until 9pm and I was totally shattered (though the patients all did very well).”

When Saturday morning dawned, Corinne was totally overwhelmed by everything that had happened. She needed to have her fasting lipids taken at Pathwest but she was feeling unwell and emotionally shattered.

“I decided to see my GP. I tell my patients how important it is to have a relationship with their GP, so I practised what I preach but not before I did an early ward round to see my patients.”

Corinne got the last appointment at her local clinic on Saturday morning and saw Dr Yvonne Mews, whose late husband was a cardiologist. Sensitive to the danger signs, she rang the cardiologist and Richard ordered Corinne to head down to Hollywood hospital. Pronto!

“I still had no chest pain and it really wasn’t registering with me, but I picked up a few things from home, certain that I would be there only a couple of hours. My husband and I dropped Katherine at a friend’s place, I hadn’t said much to her, and I’m dropped off at the hospital.”

Going with the gut

“When I get into coronary care, I was retelling the story to everyone. My Pathwest results came back and the fasting lipids and troponin were normal and the ECG standing and sitting were fine. Richard was standing at the bottom of the bed shaking his head – the symptoms were unusual but the CT angiogram is so accurate that at the back of his mind, he knew something was wrong.”

“I was wheeled into the angiogram suite and asked if I wanted to watch, which I told them in no uncertain terms I did not. The next thing I knew I was in the ward with a newly acquired stent after the 80% blockage was cleared.”

Six months on, Corinne still pinches herself. How lucky she was; how closed off she was to her own health and mortality; how it had all come to this.

The experience has also introduced her to some newfound concepts. While work and life continue to be busy, Corinne says for the first time in her life her future has parameters; it is tangible. Retirement is something she would like to experience along with the obvious desires to see her daughter finish school and make her way in the world. It has also made her a better doctor, she thinks.

“I understand better now how my patients feel when they are told they have breast cancer. I understand what it’s like contemplating your own death and the utterly overwhelming feeling that engulfs you. I feel well, but mostly I feel grateful and very fortunate.”

“My message would be DON’T IGNORE your own health and be aware that it can happen to you.  I can’t stress enough the importance of getting any new symptoms checked by your GP and getting the tests done as soon as possible”.