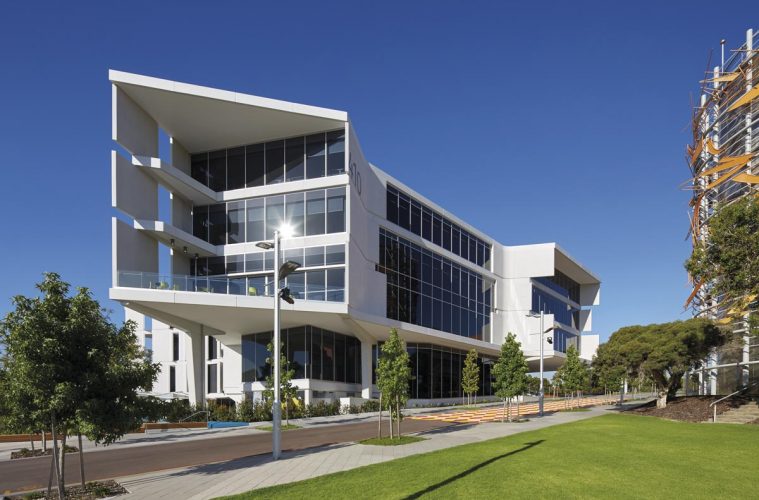 Life is a Big Adventure 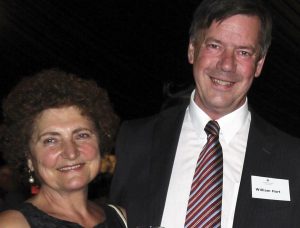 Patience. It’s not very common in this quick, quick world we live in, but it is an attribute the dean of the Curtin Medical School, Prof William Hart, has in spades.

When he arrived in Perth from Victoria in 2012 on the invitation of Curtin University to help it establish the state’s third medical school, he could be forgiven for thinking the path might have been a little smoother and a little shorter than it turned out to be.

By the end of 2016, after a choppy voyage that featured a chorus of dissent from AMA WA and the Australian Medical Students Association, an impressive medical school stood proudly on the Bentley campus, the Australian Medical Council had approved its course, the State Government had guaranteed intern places, and 1500 school leaver applicants had been processed leaving 60 bright-eyed 18-year-olds ready to embark on a medical degree at the start of the 2017 academic year.

Speaking to Medical Forum with the school’s second intake of 70 students signed up, William reflected on those years of sometimes tough negotiation.

“I did a management and leadership course years ago and a lot can be achieved with patience. I have a lot of patience and I am able to wait,” he said. 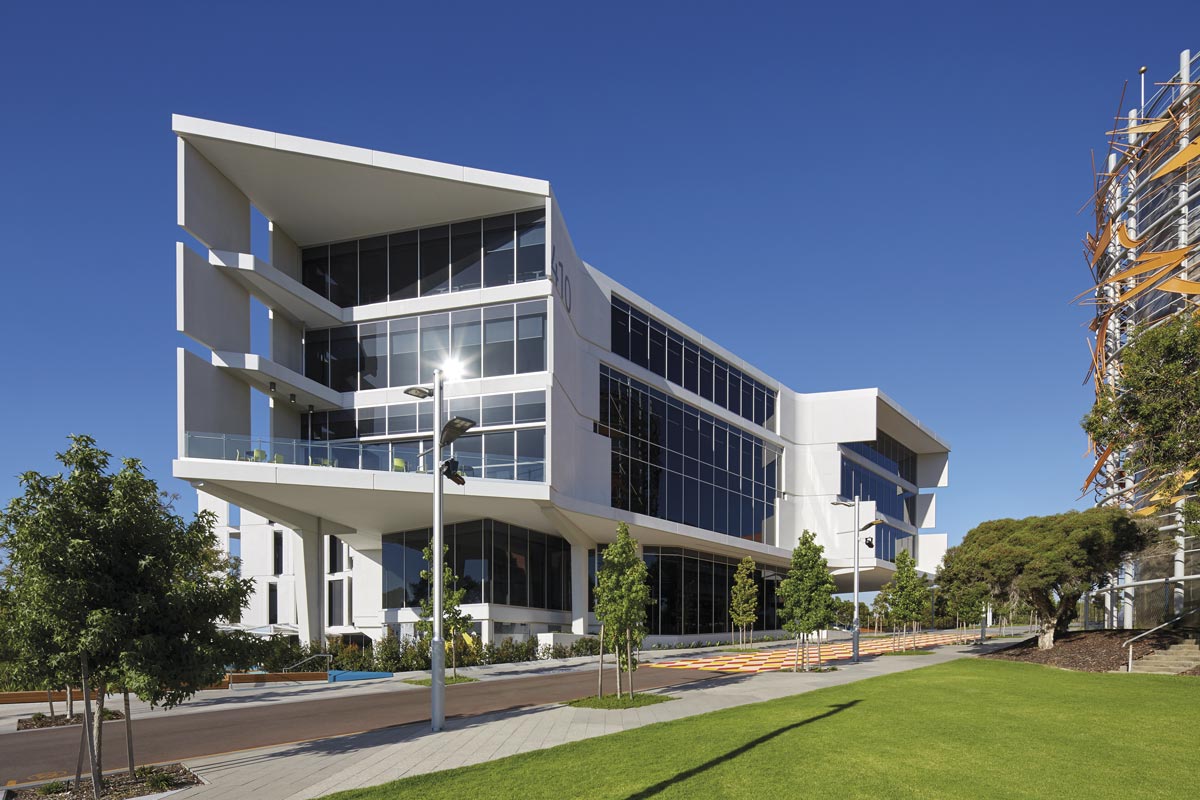 He quotes Tolstoy’s War and Peace: “Everything comes in time to him who knows how to wait…there is nothing stronger than these two: patience and time, they will do it all.”

“What seems urgent and vital can with time seem less critical – as long as you achieve your long-term goals.”

William’s own career trajectory, like many, has materialised part by hard work, part by design, and then a good dose of luck.

He came to Australia in 1965 as a 14-year-old with his mother and nine-year-old brother as ‘£10 Poms’ from the north of England. He left behind two older siblings.

“My father had died in 1960 and my mother decided to create a new life for her two youngest children in Australia. We flew here on one of the last flights of the old Comet 4 aircraft, which had a tendency to crash. We didn’t,” he said.

“Later, in my 40s, when I realised the enormity of what my mother had done, to pull up her roots and come half way round the world, I suggested to her that it must have taken a lot of courage. ‘Nonsense, William,’ she said, ‘it was just a big adventure’ and so it has been.”

“We lived in Dandenong on the outskirts of Melbourne where I went to the local high school. Barry Jones, the former ALP president and politician (and quiz champion), was a history teacher at the school.”

“But I didn’t know anything about Australian history or geography and the move had disrupted my education. I almost failed Year 10 and didn’t do much better in Year 11 but managed to pull up my socks a bit in Year 12 and got into medicine at Monash and did reasonably well there.”

Both William’s parents had been psychiatric nurses but there were no doctors on either side of the family. Apart from the community midwife, who had helped deliver his younger brother at home, insisting on calling him Young Dr Hart and his interest in back yard chemistry, he’s not quite sure why he chose to do medicine.

Perversely, he thinks, it might have been because it was the hardest course to get into.

“I think I wanted to see if I was good enough to do it. I did the same sort of thing when applying for internships in 1973. Sydney’s Royal Prince Alfred was considered the premier hospital in Australia so I applied there just to see if I could get in. I did, but I stayed in Melbourne and did my internship at the old Queen Victoria Hospital and the Prince Henry, both now demolished.”

Money was always tight in the Hart household. William gave half of his weekly Commonwealth Scholarship stipend to his mother and worked in the university breaks but the need for financial security prompted him to sign up with the Royal Australian Navy.

In the navy now

“I joined the navy as a student and received a wage but it meant that when I graduated I was in the navy. In that first year, all I seemed to treat was broken noses and gonorrhoea. I didn’t see a medical career advancing very far that way, so I decided to pay myself out and started a career in civvie street,” he said.

“One of my teachers at the old Queen Vic was a professor of obstetrics and gynaecology and he tried to convince me to become a gynaecologist. It was there I became interested in the psychological aspects of women’s health, and relationships around human fertility. So, I undertook a second degree in psychology and became a registered psychologist, which I still maintain even though I have never practised as a psychologist.”

“However, I did learn a lot about human behaviour and issues such as compliance and non-compliance; lifestyle choices and lifestyle influences on health. Ultimately that translated itself into an interest in public health and population medicine.”

“I became involved with what was known then as the Australian and New Zealand Society for Epidemiology and Research in Community Health which in 1991 became Faculty of Public Health within the Royal Australian College of Physicians and that became my career.”

Medical education – learning and teaching – have accompanied William throughout his career though it was only in 2006 that it became his main focus.

“I had a plan as a younger man that I would retire at 55. My wife and I had bought a property in South Gippsland near the beach, so we moved there. Then the Vice Chancellor of Monash, Richard Larkins, asked me if I’d be interested in helping set up a new medical school in Gippsland.”

“I never did get to retire. From Gippsland we went to WA and Curtin.”

“It is to my wife Natasha’s eternal credit that we came West. I thought after being at Monash for six years and being 61, that it might be time to retire and live in our house in South Gippsland. All our children (they have five between them) and seven grandchildren are in Victoria and my wife had elderly parents, so a move to Perth was disruptive. But Natasha offered me unqualified support.”

When William and Natasha arrived in Perth, the proposal for a third medical school at Curtin was greeted with antipathy. William thinks now that history suggests that this always happens.

“A new entrant is disruptive to the establishment because people don’t want competition. But I think in the case of Curtin, Australia had experienced a period of rapid growth in medical workforce numbers. My previous experience in establishing Monash University’s Gippsland Medical School was part of that growth. Once numbers had lifted, there was genuine concern for our ability to cope with the numbers of graduating students.”

“Adequacy of internships and post-grad training positions was being questioned especially on the East Coast where the big universities were graduating large cohorts.”

“Universities were also worried they would not be able to offer post-graduate positions for international students who expected to complete their training and register as doctors and thereby gain permanent residency. An increase in domestic graduates threatened that market. While universities have never guaranteed internships for international students, it hasn’t mattered until now because there has never been a shortage of them.”

“However, the situation in WA is different. It has been relatively under-doctored for a long time and we have been reliant on IMGs to fill positions local graduates haven’t wanted to take – in rural areas and low socio-economic areas. In our research we found a 4:1 disparity in the distribution of GPs in the western suburbs compared to the eastern suburbs.”

And with that, came the strongest line of argument for a new medical school. Both federal and state governments were happy to hear that undergraduate Curtin medical students would be encouraged from day one to see themselves fulfilling service where they were needed.

In May this year, Curtin University signed an agreement with St John of God Health Care to provide student clinical placements at SJG Midland Public Hospital from 2019. Curtin expects its Midland clinical school to open in 2020.

As the wheels start moving for Curtin students, William said time would provide many of the answers to questions around training and supervision.

“One of the historical consequences of not having enough doctors is a shortage of supervisors to provide training. This is currently the case. Fortunately, by the time our first graduates need supervisors – 2023 onwards – the increased numbers of graduates from UWA and University of Notre Dame will mean more senior registrars and consultants to supervise. It is a self-healing problem.”

Then there were three

Now sitting firmly into his second year as Dean, William sees the school as an accepted part of the WA medical landscape.

“There is growing co-operation between the medical schools.  The three deans meet regularly to discuss such things as hospital placements,” he said.

“Curtin has a focus on two particular hospitals – Midland and Peel – there are not a huge number of students from the other two schools in these hospitals. However, we also want our students to rotate through RPH, SCGH, and FSH to get some experience of the bigger tertiary hospitals, and the deans are taking a co-operative approach to manage those placements. We don’t want to tread on each other’s toes.”

“The Department of Health is moving toward a student placement system that applies to all three medical schools and that seems to be working quite well.”

He also finds himself being drawn into the local medical establishment – having moved from a position of outsider to contributor.

“As dean I’m ex-officio on the council of the AMA WA and that is a very beneficial place to be because there is an awful lot of discussion of major issues there.”

As to his hopes for a Curtin-educated doctor? It will be a doctor serving a community that most needs his or her skills; a doctor who can communicate and listen effectively with patients and colleagues; someone committed to lifelong learning, and someone with patience…because it really does pay off.