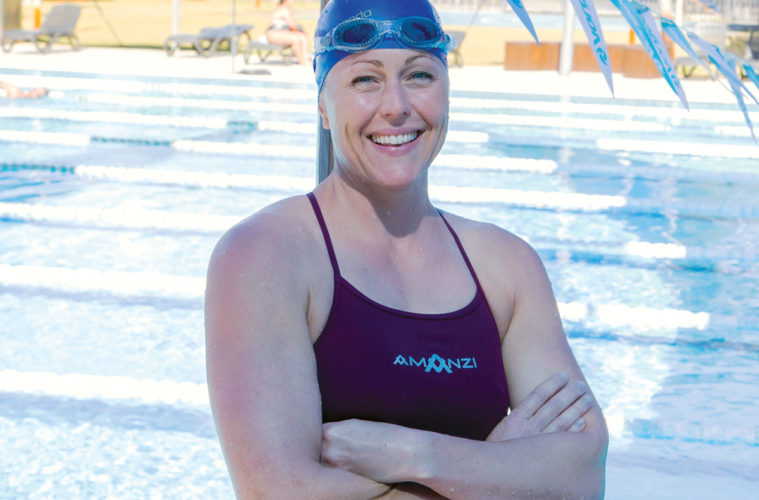 Living (to the max) with type 1 diabetes

A diagnosis of type 1 diabetes hasn’t held back Bec Johnson, in fact it’s shaped her life, as she tells Cathy O’Leary.

What Bec Johnson doesn’t know about type 1 diabetes is probably not worth knowing.

The 37-year-old arguably knows as much about the precarious relationship between blood glucose and insulin as an experienced endocrinologist — because she’s made it her business. 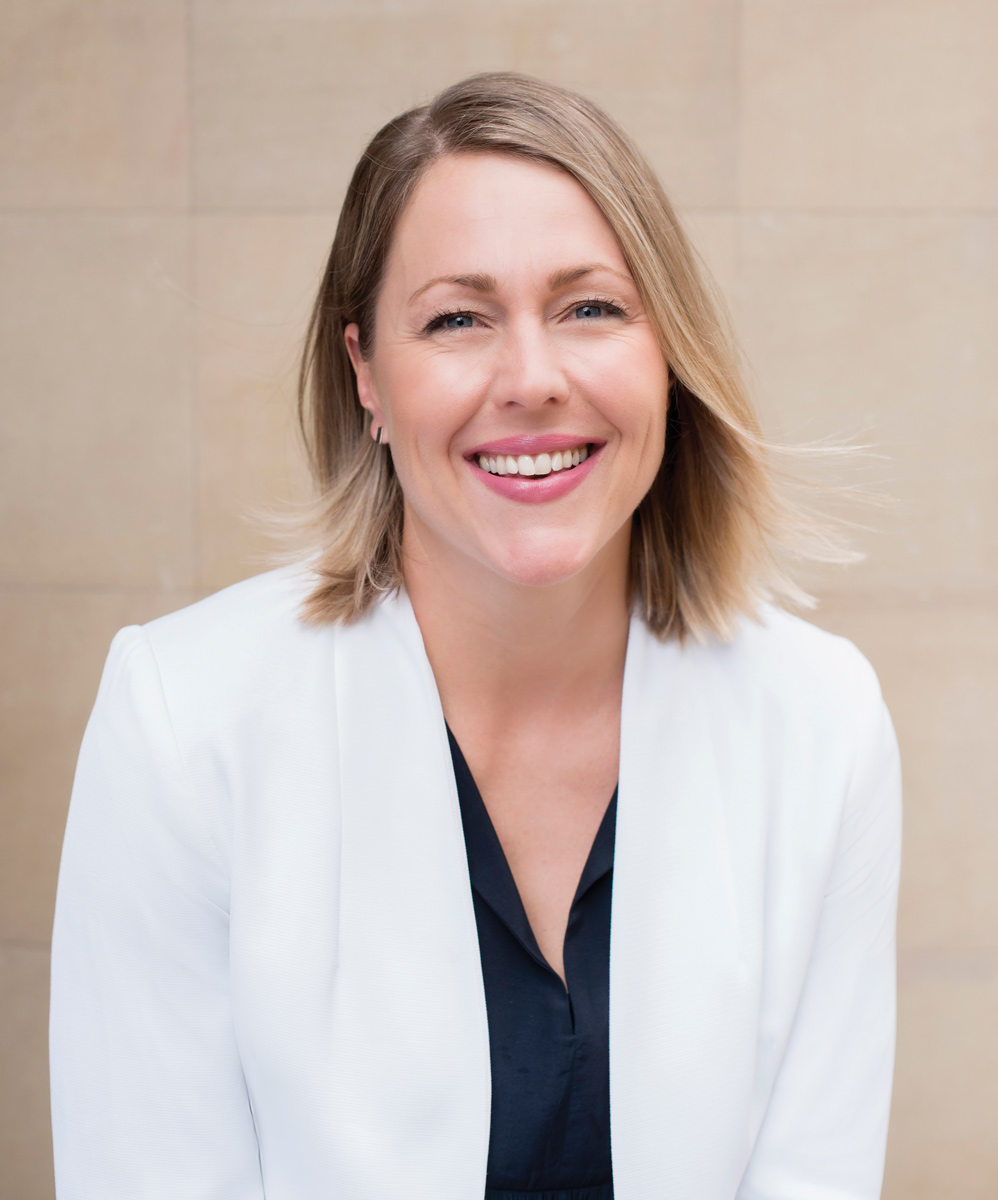 However, her expertise is not gleaned from textbooks but rather the nitty gritty of living with an autoimmune condition that she knows, if left to its own devices, could prove deadly.

It hasn’t been an easy ride, juggling a daily tightrope of tracking blood sugars, insulin and carbohydrate intake but she says that from the time she was diagnosed 20 years ago, it was a choice of sitting on the sidelines or diving in headfirst.

After being told the long list of things she probably wouldn’t be able to do, Bec decided to do many of them anyway, but only after doing her homework.

Today she is never far from water, particularly the ocean. This open-water swimmer can count four solo crossings in the annual 19.7 km Rottnest Channel event to her name.

“It’s my job to be both a person and a pancreas,” she says. “I’ve always wanted to understand type 1 on a very granular level because if I don’t, it’s going to be hard for me to function day to day, let alone do those big goals like swimming to Rottnest.”

Other “big goals” she has managed to tick off include sailing across the Atlantic and becoming a scuba dive guide – activities she was warned would be near-impossible.

When she is not swimming, she is often found at the Type 1 Diabetes Family Centre, which she helped establish in Perth five years ago. She works as its chief executive, helping young people and families get their head around managing the condition that affects about 170,000 Australians.

Her motivation for the centre was borne out of her own struggle with the lack of social support.

“The first conversations I had when I was diagnosed were about the risks and the challenges, and there was quite a negative frame around that diagnosis,” she says.

“In my 20s I didn’t know anyone else with type 1 diabetes, and I remember going to work on a boat and getting a medical which said I couldn’t sail more than five miles offshore, and my job was to deliver yachts across the Atlantic.

“And when I wanted to scuba-dive I had to jump through a hundred hoops to do that, and those barriers really drove me to find the answers or formulas.”

Ocean swimming is one of the most difficult sports to manage around diabetes because cold water immersion impacts blood glucose levels and strenuous exercise. 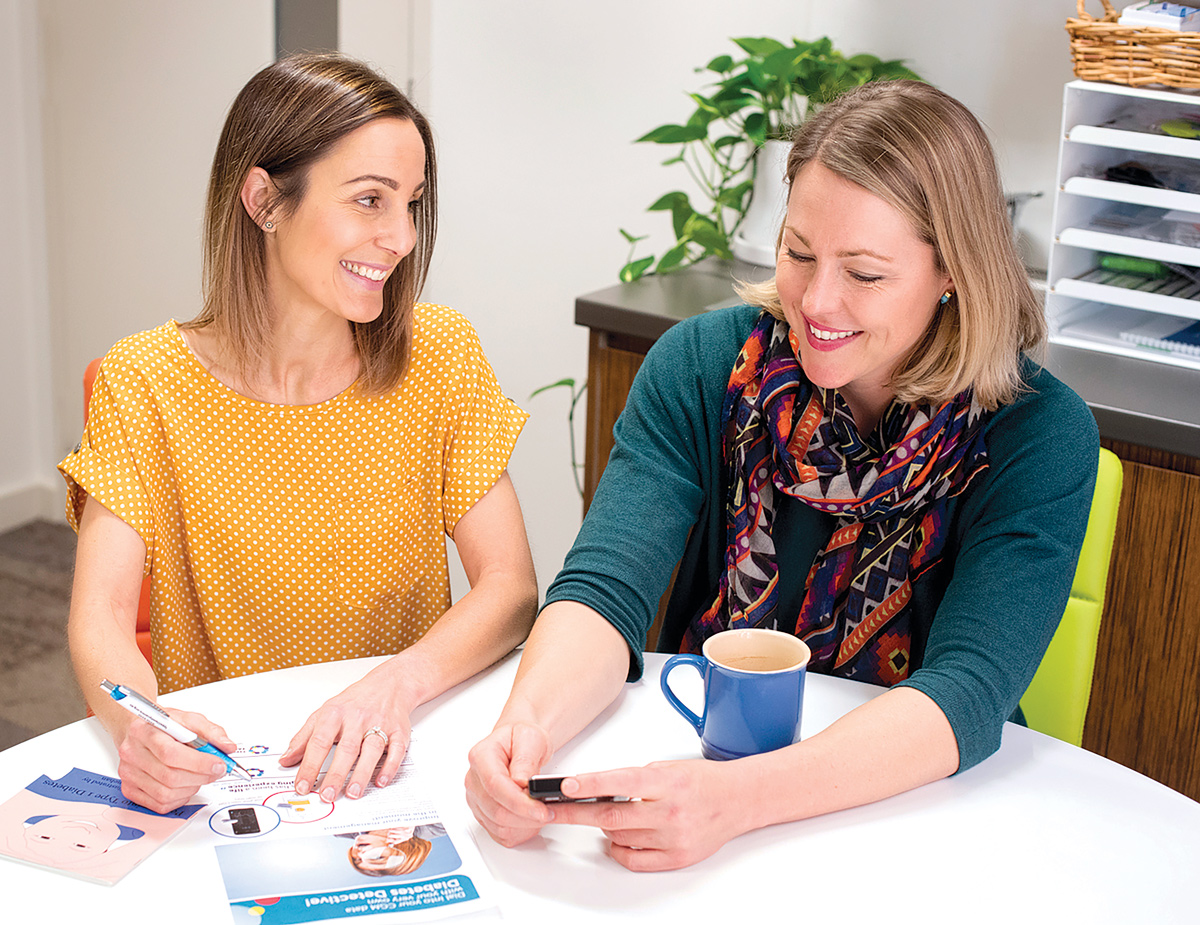 Bec at work at the Type 1 Diabetes Family Centre

Eating and absorbing carbohydrates is a major challenge, as is keeping track of blood glucose when you’re out in the ocean and can’t prick your finger to do a test.

“But the Freestyle Libre (glucose monitoring) technology was released about four years ago in Australia, which has a sensor that runs on radio frequencies, so now I can just put the little receiver in a waterproof phone case down the back of my togs and then I’m totally self-sufficient out in the ocean,” she says.

“One of the things that has always been really important to me is that when I see something that I’m told is too hard, whether it’s scuba diving, or swimming or sailing, or working in remote locations, I systemically go after them, just to show I can do them.

“That philosophy is what we’ve built into the family centre.”

Bec’s business CV is as impressive as her swimming achievements. She was winner of the 2020 Business News 40 under 40 People’s Choice and HBF Community/Non-Profit/Social Enterprise awards, and she holds qualifications in Law and Arts, a master’s degree in Public Health and a diploma in business governance.

She is also an Associate Fellow of the Australasian College of Health Services Management.

Bec believes having type 1 diabetes has shaped who she is, and she respects that.

“Type 1 diabetes has given me a powerful sense of purpose and drive, and I think that when you live with type 1 you spend a lot of time feeling uncomfortable or unwell, and grinding through anyway, she says. “So, when you take on a big challenge and you can stick with it, feeling uncomfortable but doing it anyway, it builds resilience.

“People with type 1 juggle 180 decisions every day on top of their normal daily decisions just to manage their blood sugar. And they show up for life, sport, travel, schools and partners, and I think that’s extraordinary.”

Still, type 1 takes up a lot of bandwidth, and when it’s not stable, a lot of energy goes into constantly trying to manage sugars in a very tight range. Bec does not sugar-coat the complexity of that.

“You’re not only physically impacted, you’re mentally fatigued,” she says.

“Some days it does overwhelm me, and feels too hard, but I’m committed to not only sharing the triumphs and the successes, but also the low points because we’re all human.”

Bec said the family centre not only helped support people with type 1 diabetes but its online community of 1000 people had developed into a valuable knowledge base for clinicians.

“This disease is something that people live with 24 hours a day and they become experts in their own diabetes very quickly, and we have this opportunity to work in partnership with the clinical community, as consumers,” she says.

“We can elevate our own knowledge as a community, working with clinicians who are interested in that interplay between the patient and the provider, in a very different partnership model.

“What I love is that people with diabetes will question and challenge the status quo in pursuit of better managed blood glucose because we get this instant biofeedback, and we feel better when something goes right for us and we want to share it.

“We have people in the type 1 community experimenting with totally novel approaches, such as food for example, with low carbohydrate diets, or DIY closed loop automated insulin delivery systems, which is pushing the commercial system harder.

“The type 1 community is doing it for themselves, and there’s a whole movement globally called “We are not waiting” and it’s around changing diabetes technology to better suit the needs of people with type 1, and not waiting for commercial systems to catch up.

“It’s a community that is pushing the boundaries, and that’s very exciting.”

Bec never shies away from the serious and deadly complications from unmanaged type 1 diabetes, and how easily that can happen even in someone very much on top of their condition.

“It remains a daily experience, and there are 42 factors that have been identified that influence and impact blood glucose levels, it’s so much more complex than carbohydrates and insulin as the input, but that’s the formula we have to work with.

“I’m usually pretty good through the day because I’ve got my eye on it, but it’s during the night when things can go wrong and you can’t pay much attention to it, and that’s where things like the continuous glucose monitoring subsidies that the government brought out for people under the age of 21 have been amazing.

“We’d love to see that extended to all adults because it’s such an important safety net.

“To be able to have something that will set off an alarm during the night and wake me if my sugars are trending low could prevent a few sketchy moments.”

Bec says she is fortunate that the number of scary moments she has experienced can be counted on one hand. Everyone makes bad decisions, but for people with type 1 diabetes that can be life-impacting.

“Diabetes takes a lot of careful attention, and when your head is full because you’ve had a big day, and you make a snap decision or accidentally take the wrong insulin, you have to pick up the pieces for hours or a whole day,” she says.

“Twice in my life I’ve had low blood glucose where I’ve needed assistance from somebody else, and that’s very scary being in a state where you can see what’s happening, but you can’t help yourself, and that’s really motivated me to do what I can to manage my diabetes.

“In the type 1 community, 20% have an assisted hypo once every six months, so it’s a very real thing that can happen with a miscalculated carbohydrate amount or a tiny mistake on insulin.

“We’re always walking on a tightrope.”

For a long time Bec was afraid of going out for dinner with friends and the consequences of what food she chose. These days she takes it in her stride.

“I’d love a day off from all the planning and dissecting menus and the calculations, which can all be exhausting, but it’s my normal,” she says.

“I focus on what I’ve got, rather than what I haven’t. I have a diet which is rich and interesting and makes me happy. Food shouldn’t be all about numbers, it’s got to be about joy and community.”

“It’s not just a medical model, it’s also about more education, family and peer support, and practical know-how to managing diabetes,” she says.

“People with type 1 are also prone to mental health issues so it’s important GPs do that check-in with their patients, because no one else might be doing that part of the puzzle.”