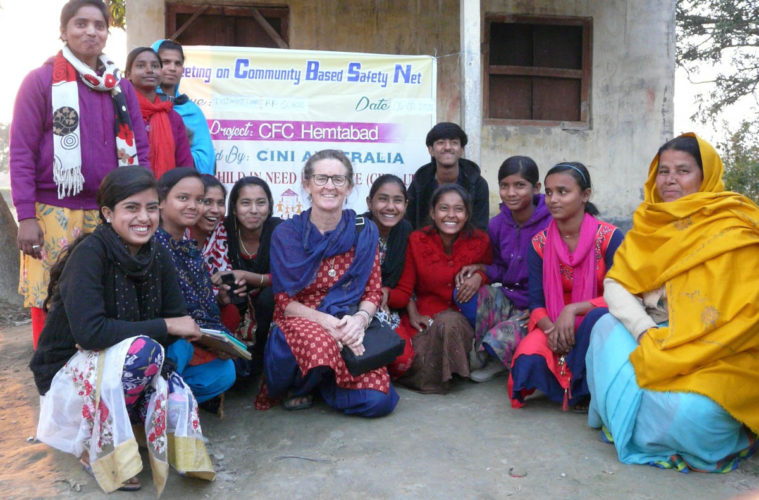 Look and listen – the art of medicine

It was a nine-year-old girl who did it. She is entirely to blame – in the best possible way – for setting Dr Jennie Connaughton on the path which has led her to practising medicine with the principles and attitudes which resonate most loudly with her soul. 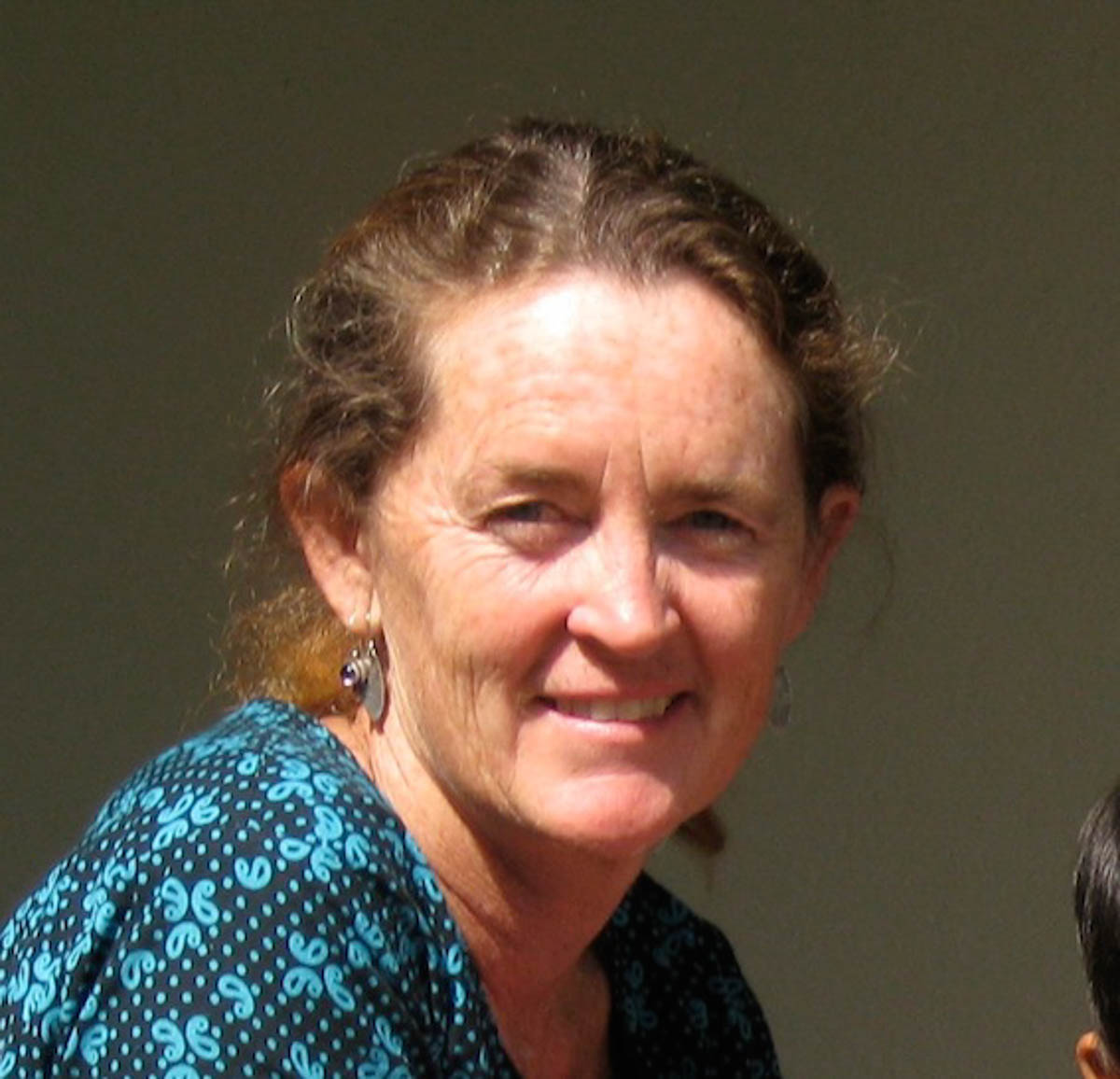 The child in question had been living in an Indian shelter for homeless girls for almost two years when the Perth doctor met and spoke to her in 2008.

“I asked her what life on the street had been like and what coming to the shelter had meant to her,” Jennie remembers. “She turned on like a little button explaining how much better and safer her life was. It felt like she had given me a job, to support the group whose shelter had given her safety and security.”

Up until that point, the Perth GP had a long history of practising with a focus on women’s health. While there was little doubt she had found her niche, Jennie says it took her much longer to discover a way to work in medicine which felt most naturally aligned with her beliefs.

A life-long love for culture and language has led Jennie to understand that her work is more than diagnosing an ailment. She sees communicating effectively with people from different cultural and language groups being just as important. At her core, she loves the stories as much as the science.

“When I work with people with cultural differences, I have to pay close attention to what someone means with their words and how I say things,” she says. “When someone has lived a more traditional life, as a western-trained doctor, it can be a challenge to be aware of what’s really important to them and how to make the relationship work.”

When she turned 50 in 2003, Jennie decided to stop metropolitan GP work, move to Sydney and begin doing locum work in rural and remote Australia. 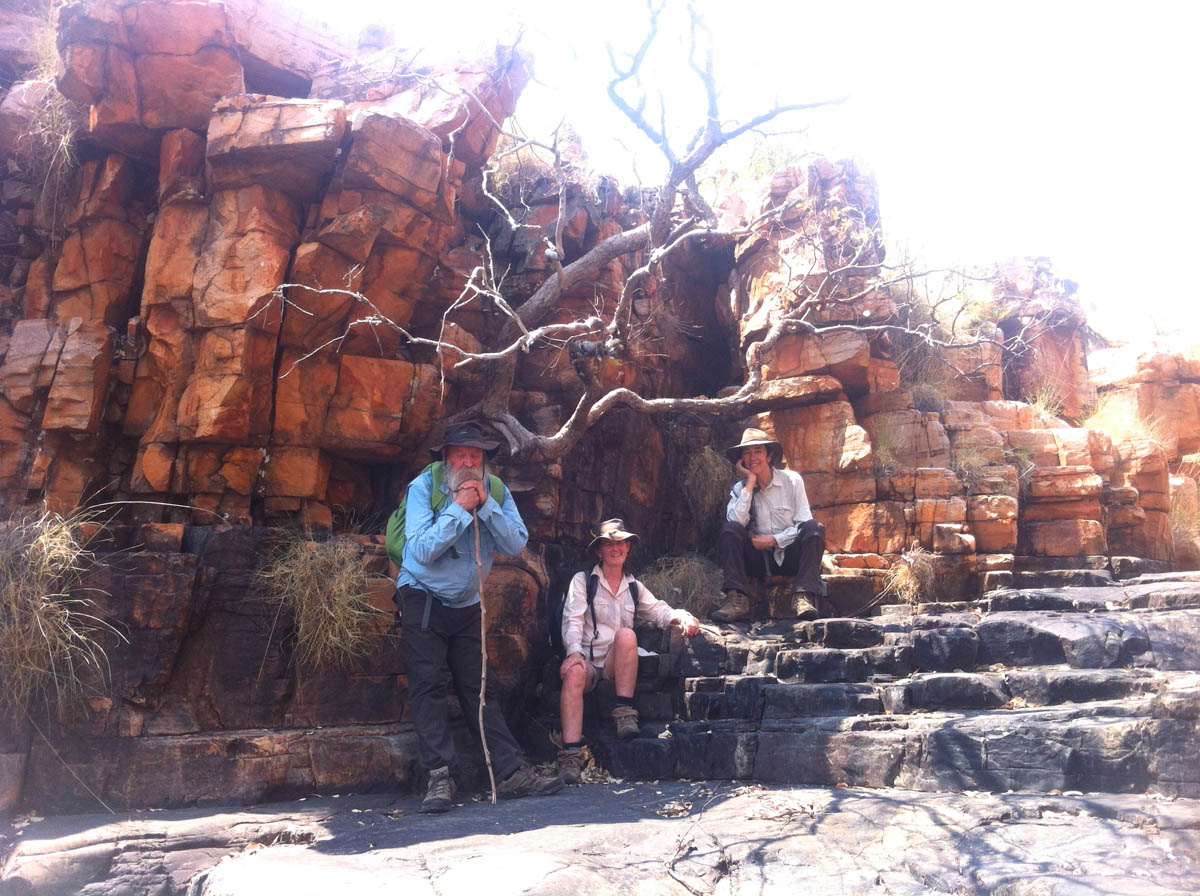 “I was learning a lot and it was affecting me greatly. I was working with people who spoke many languages and was learning so much about medicine, about Australia and about Aboriginal culture. That made me feel very differently about doing medicine. I felt very privileged.

“When I was young, I was really interested in languages and other cultures. I was lucky enough to be able to take time off medicine and travel a lot. At the time, the common image of a doctor was very much a young white male. While I knew that wasn’t correct, it had a strong effect for a long time.

“During medical school, we only saw a limited view of what being a doctor could be. I was never interested in running the business of a medical practice. It took a while to realise there are a million possible ways to do medicine. That’s the luxury of it – we can do so many different things and be so many different kinds of doctor.”

Now sixty-six and “very much not retired”, Jennie Connaughton has found her kind of doctoring. It includes doing four-to-six-week stints at Wyndham Hospital, a tiny hospital in the Kimberley, in the state’s far north. It also allows her to spend time in the bush, connecting with nature, which is one of her passions.

Working with a small but dedicated team of people, Jennie loves that they often use their collective training to solve problems presenting in their patients. It’s very different medicine to working in a big city.

“In a city you are quite anonymous, but in a small town, while people are respectful and don’t bring their issues to you at the supermarket, they know who you are. Medicine is complex up north and you must pay attention to the whole person. Talking problems over with the other doctors is essential. It’s complex medicine that demands one to be really thorough.

That life in Perth is spent as founding director of CINI Australia, raising money to support programs in West Bengal. The Child in Need Institute (CINI India) was established in India in 1974 and is recognised as a leading authority on mother and child nutrition and health in the country. 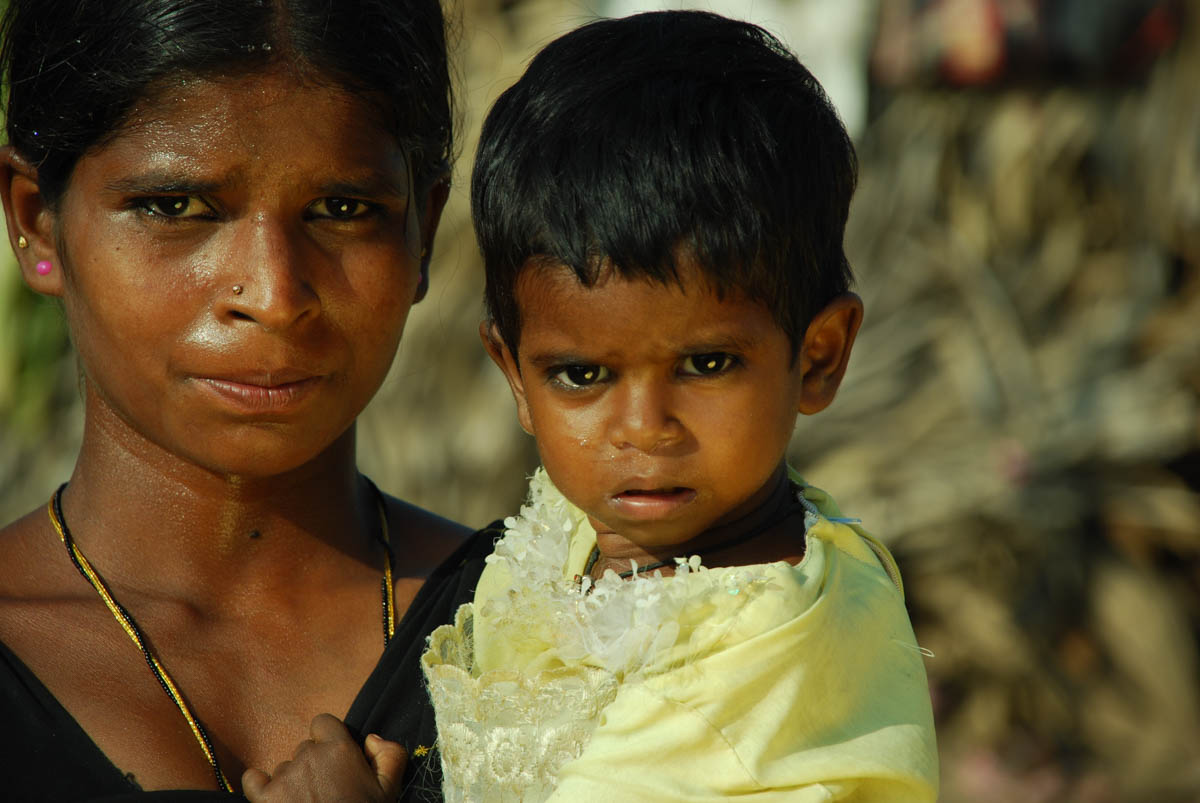 CINI Australia supports a range of its community programs which work at grassroots level to empower women and improve health, nutrition, education and protection for children in their local communities. These programs use local knowledge and skills to empower the community to care for their own.

Jennie spends up to two months in India each year visiting CINI, assessing progress and meeting with the women and children who benefit from this work.

“It’s important to be able to assure donors in Australia that their contributions are having a significant impact in India. Collecting donations, given so generously, is a big responsibility,” she says. “When I started CINI Australia in 2009, I needed to do so many things that I had no idea how to do and it meant doing a whole lot of things I had no background in.

“I had never wanted to speak in public or run an organisation, but now I’m doing it all. It’s fantastic! I feel fortunate to be a part of such positive change in India. The difference it’s making for those most in need is inspiring.”

The first time Jennie went to India, she was a disillusioned, 20-year-old student following the hippy trail overland to Europe. She spent a few months with the Child in Need Institute. It was then a very new organisation working with profoundly malnourished children in Kolkata.

A local pediatrician taught her “the things that mattered about medicine”. That wisdom was:  people can really do a huge amount to improve their own situation and health when given the right information and support.

“It’s about autonomy and empowerment. Women with little schooling were running clinics and teaching other women about health, hygiene and nutrition. Doctors have so much great information, it’s important to share it in a way people can use it for their benefit,” she says. “CINI has been doing that for a long time and has had a big impact on a huge number of people. They continually review what they are doing to make sure it really is helping people.

“In India, compassion is still valued, which I think is often missing in the way we work here. We have become so functional and hurried, believing it produces a better outcome. 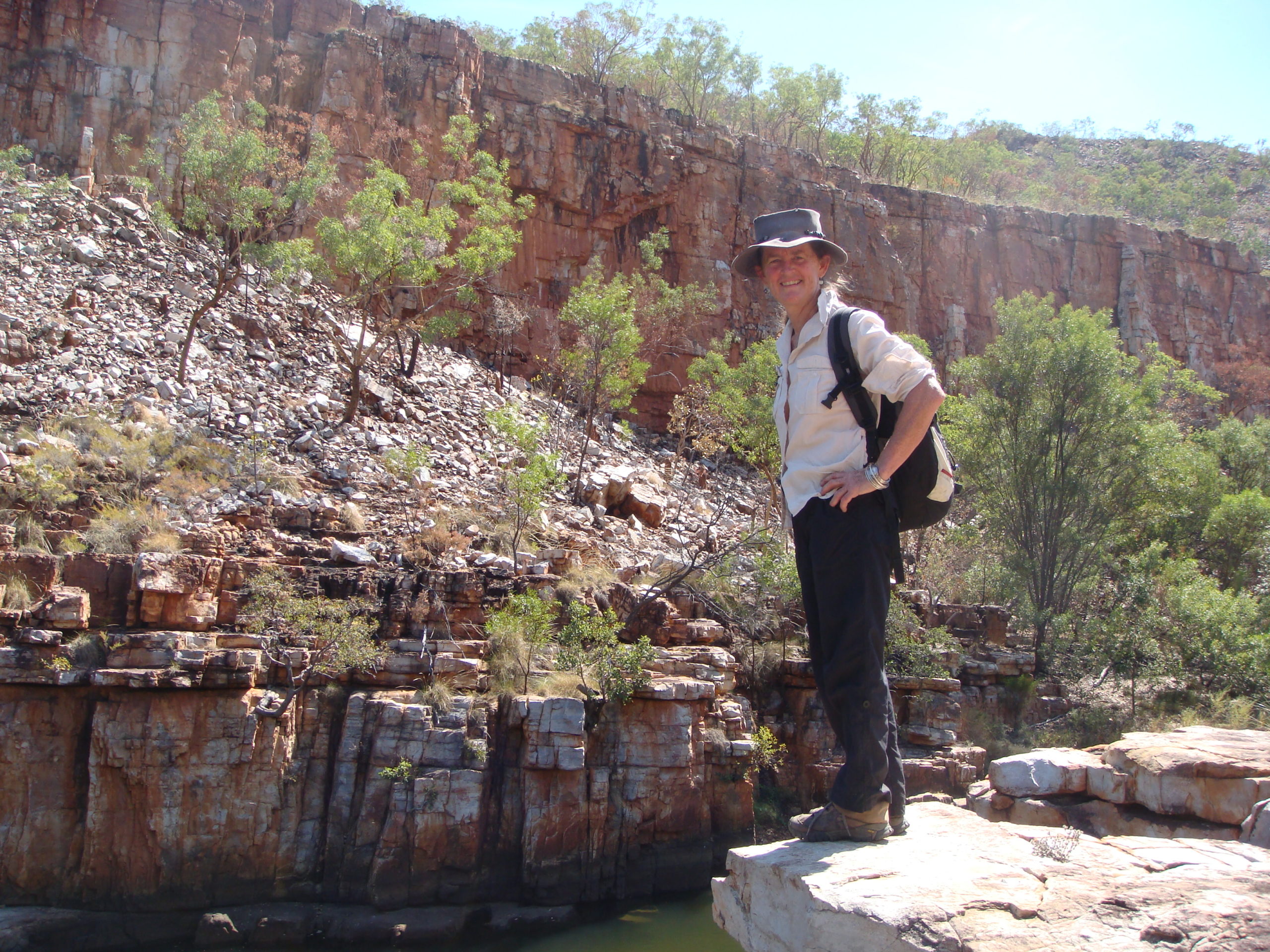 “To me it’s about being a partner in change and not encouraging dependency but building knowledge. This builds people’s understanding of their body and empowers them to speak up for what they need. That’s what helps create lasting change.”

It wasn’t until decades later, after working as a city GP, that Jennie circled back to CINI in India. She says while she may have done other things in the meantime, including raising a family and working as a doctor, she never forgot that early experience.

While it didn’t drive her back to India sooner, the kernel of something always sat in her heart, patient and waiting for the right time.

Jennie founded CINI Australia in 2011 and to date it has raised more than $500,000 from donations. In Australia that sort of money doesn’t always go a long way in a budget. In India it has a huge impact. It has funded projects such as reaching 250 families affected by HIV, and development in 25 villages. Over the next five years, community development programs will grow from reaching 70,000 to an estimated 140,000.

“Those programs work with women and children and local services and local government to create change in their community – that’s about both behaviour and system change.”

Jennie considers herself to have the “unbelievable good fortune” to be part of something which has positive and lasting effects. She also believes there’s a lot more exchange to be had between her work in both countries.

“It’s about listening to the community. This idea has stayed with me for a long time and remains the foundation of my work. It wasn’t until I was older that I had the space and freedom to make it a priority.  I have always believed that community participation is what makes a real difference to people’s wellbeing.”

In 2008, 35 years after that first Indian trip when Jennie was barely out of her teens, she returned to India. She had no great agenda in mind, other than wanting to reconnect with something which had been so important to her all those years ago.

What she saw, impressed her. It was CINI’s profound understanding of the needs of children in terms of their safety and health and their broad sense of what matters. That and the conversation with a nine-year-old girl convinced her this was the next step in the evolution of her practice of medicine.

“I felt it was an opportunity to be part of something really good. An Australian dollar can make a massive difference when you’re not setting up infrastructure or buying staff cars.

“There are a lot of things in the world that are negative and not working. This is really good work. It makes sense and builds independence. Basically, it gives communities the skills to change their own future.”

Jennie sees working in Wyndham and India as parallel stories in two areas of need. Each day she gets to practise medicine and learn more about language, culture and people. She loves both, for their unique elements and their similarities.

“I used to think with medicine that I would do something amazing or create something astounding. But I’ve learnt it’s about doing the thing in front of you really well. I don’t know how to make massive improvement in Indigenous health but as a doctor, my job is to do the best I can with the person in front of me and ask for help when I don’t know.”