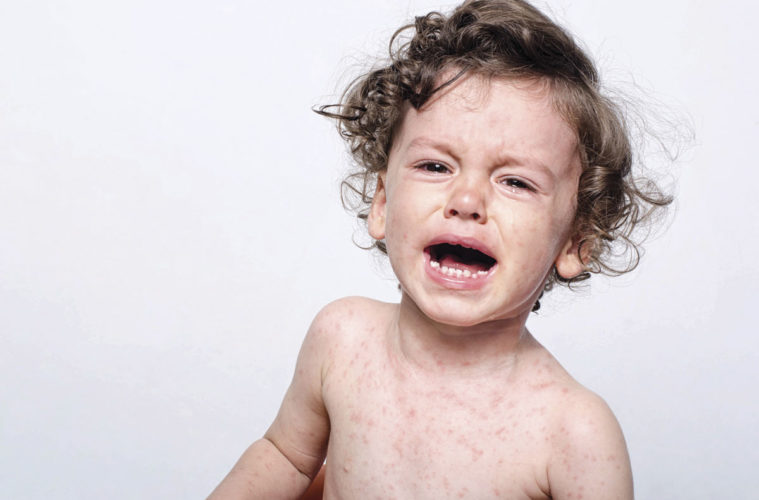 The main risks of overseas travel are food and water-borne disease, mosquitoes, and airborne disease – with the most important risk category being in developed countries.

Measles outbreaks are current in Israel, Thailand, Japan, Vietnam, Ukraine, the Philippines and New Zealand. The Centers for Disease Control and Prevention (CDC) has a global measles outbreak notice. 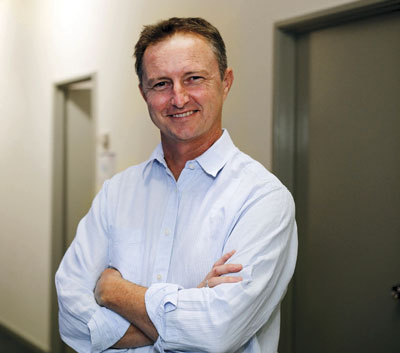 Measles (from the Latin meser, relating to miserable) was described by Persian physician Rhazes in the 10th century. He distinguished it from smallpox and believed it to be the worse of the two. Rubeola and Morbilli described the disease in the middle ages. The virus was isolated in 1954, and the first vaccine developed in 1963.

Many doctors have not seen measles and have even less experience with complications. The typical presentation is all the Cs – cough, coryza, conjunctivitis, and (c)Kopliks spots on the buccal mucosa (pathognomonic), together with a maculopapular rash starting from the head and spreading to the torso and extremities, often becoming confluent and clearing in the same order of appearance.

Fever is high but disappears quickly with the onset of the rash. Incubation is up to two weeks, infectiousness from 2-4 days before the rash to four days after. Diagnosis is confirmed by PCR swabs of nasopharynx and urine PCR during the infectious period.

Complications include otitis media, diarrhoea and pneumonia with encephalitis one in every 2000 cases, and the presentation of subacute sclerosing pan encephalitis years later. Death occurs in 0.1-0.3% of cases and higher in those under age five and the immunocompromised. Mortality in the developing world is up to 15%, mainly from diarrhoea and pneumonia. There is emerging evidence the immune system is suppressed for up to five years after infection.

The MMR vaccine entered our childhood schedule as a single dose for those born after 1966, with 95% efficacy – usually high enough to confer herd immunity. However, measles is probably the most contagious of diseases remaining infectious as an aerosol for up to two hours, and very effective at finding those not immune. Over 90% of non-immune household or institutional contacts will catch it.

The schedule was changed to two doses, raising immunity to over 99%. Virtually everyone born before 1966 is naturally immune and most born after 1982 have had two vaccine doses. The cohort born between 1966 and 1982 is vulnerable. Many say they have had the disease. For those who haven’t, an extra dose of MMR vaccine (free from Health Department) is recommended – it very rarely causes side effects. Giving a second dose is quicker and easier than checking serology.

WHO declared Australia measles-free in 2014. All subsequent outbreaks have been traced back to an index case from overseas making immunity in travellers vital. While given at 12 and 18 months on the childhood schedule, the first dose can be given as young as six months. Due to the neutralising effect of maternal antibodies, early doses provide only transient immunity, so still give the 12 and 18 month doses if an earlier dose is given.

Grown in chick embryo, egg allergy was previously a contraindication, but the advanced technical advisory group (ATAGI) approves administration to egg allergic patients as the amount of egg is negligible. As a live vaccine it should be avoided in the immunocompromised. Other live vaccines (e.g. Varicella and Yellow Fever) should be given together, or delayed by a month.

Global eradication of measles through vaccination has been proposed and is feasible. We’re nearly there with polio, and it’s already been done with smallpox, a disease measles was once confused with.