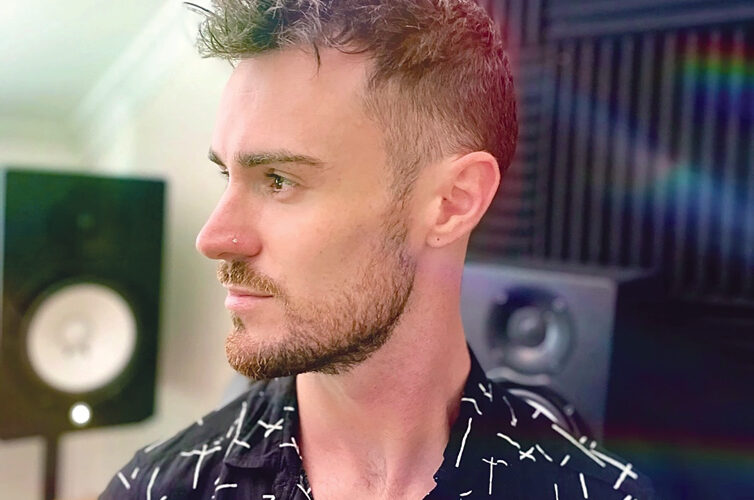 In Sean Tinnion’s heart, just about everything has a musical soundtrack. The award-winning Perth-based screen composer invites listeners on a journey with his work.

If Sean Tinnion was a Disney character, he’d be the guy with musical notes constantly dancing around his body. They’d come together to form a song and break apart to become the next one, the character grabbing them to bring to life what he hears in his head. 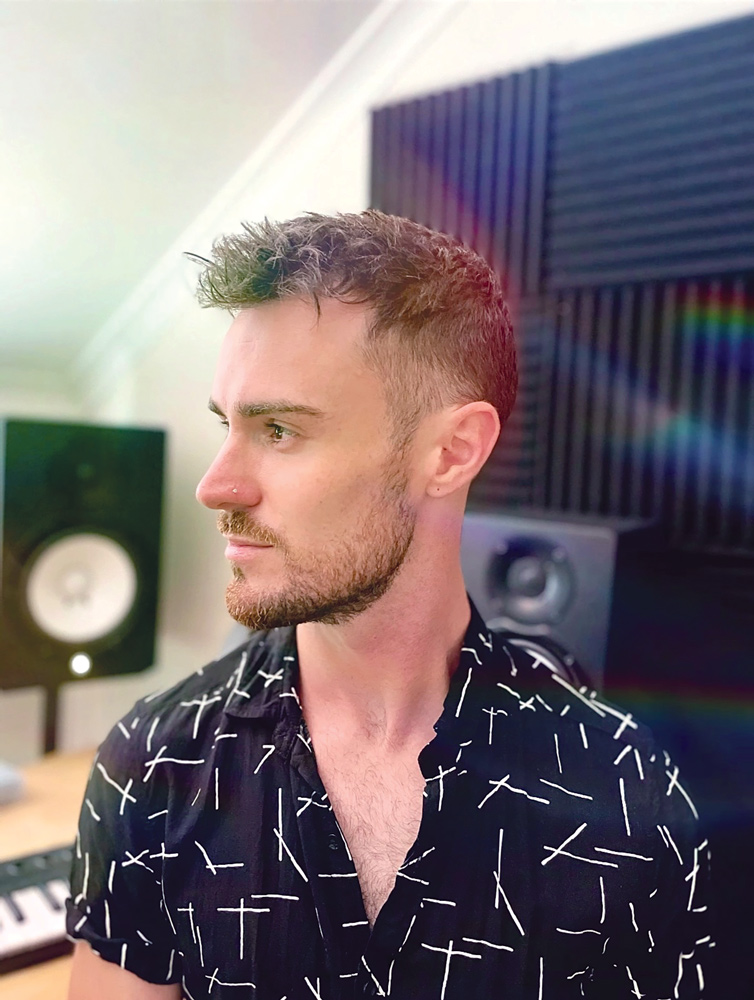 Suffice to say, the Perth-based composer sees much of the world through music. He says it all started with Braveheart, the 1995 Mel Gibson movie.

Sean started playing piano at age four because of his granddad. He took to it and fell in love. His granddad’s tutoring eventually gave way to paid lessons. By eight or nine his mum’s love of movie soundtracks had also infiltrated Sean’s heart and he eventually started watching films and dissecting how the music worked in scenes.

“I think I would have found playing the piano one way or another,” says Sean who moved to Perth from the UK in 2004. “It’s something I was meant to do.”

Sean’s first big discovery was James Horner, the late American composer and conductor known for his film scores which often mixed choral and electronic elements and featured Celtic motifs. His most notable works include Titanic, Avatar, Field of Dreams, A Beautiful Mind and, of course, Braveheart.

When Sean and his family moved to Perth, it was September. Rather than starting school close to the end of the year, he hung out at home, and not having made any local friends, he turned to his keyboard and started writing and composing music.

As his skills on the piano grew, Sean’s interests widened to include other noted soundtrack composers such as Hans Zimmer, Alan Silvestri, Howard Shore, James Howard, Ennio Morricone and Thomas Newman. But like any music lover, he also kept an ear on pop music and is no stranger to Coldplay or Dua Lipa.

Since graduating from WAAPA in 2015, Sean has worked on a variety of projects from movies and documentaries to online games and advertisements. Recent projects include the award-winning documentary The Last Horns of Africa, From Sky to Sea, the documentary about WA’s Jaimen Hudson who begins his quest to become the world’s first underwater cinematographer with quadriplegia, and the Xbox survival game The Last Stand: Aftermath. From more than 50 projects under his belt, he’s won 18 score and soundtrack awards from film festivals around the world.

“I’m very emotional with my music. I wish I knew where it comes from but it just happens. I go with the flow and as I’m watching something, the music starts to form in my mind.

“I get writer’s block as much as the next person. I usually have to walk away and give myself a break and give my ears a rest. Often, I’ll try and do something unrelated to music, which helps clear my head and then an idea will arrive.”

He keeps fit and clears his head at the gym, which he finds a refreshing break. Sean enjoys the beach and nature, both of which inspire his projects. When he watches a movie or TV his mind is always on, thinking about how the piece fits with the action he’s seeing.

“I never watch a movie without intently listening to the soundtrack and wondering whether I would have done it the same way or differently.”

While he spends most of his time working on screen projects and games, Sean is also committed to creating his own music. He released two albums – Avori and An Everlasting Serenity – in 2020 and has released two singles from Evolution, a third album due for release this year. He’s almost finished a Celtic album, which pays homage to his heritage and his love for the style.

“My own music is still very cinematic. It’s almost like it’s looking for a movie to be in. Plus, it gives me a chance to collaborate with other musicians and it’s a pleasurable thing to do in between work.”