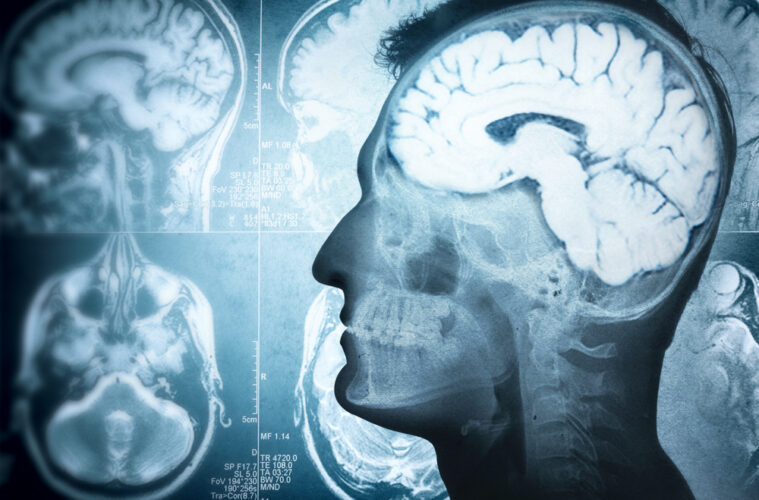 Hopes have been raised by a Curtin University discovery of a probable ‘blood-to-brain pathway’ that causes Alzheimer’s disease, but Kathy Skantzos explains why progress has been slow to find treatments.

The first drug to target the underlying cause of Alzheimer’s disease rather than merely addressing its symptoms could be available in Australia as early as next year if approved by the Therapeutic Goods Administration.

Seen as a “game changer”, it’s been a slow process of almost two decades since an Alzheimer’s drug has hit the market.

Developed by US biotech company Biogen, with trials involving 100 Australian participants, the anti-amyloid antibody drug, aducanumab, which goes by the commercial name Aduhelm, received Food and Drug Administration (FDA) approval after a bumpy 18 years of trials. Professor Ralph Martins, Chair in Ageing and Alzheimer’s Disease at Edith Cowan University and Professor of Neurobiology at Macquarie University

Professor Ralph Martins, Chair in Ageing and Alzheimer’s Disease at Edith Cowan University and Professor of Neurobiology at Macquarie University, told Medical Forum the new disease-modifying drug was a step in the right direction but not an all-round solution.

“It’s the first drug that targets the underlying cause of the disease and has huge potential. I see it as a starting point,” he said.

Even though the treatment is now available in the US, Biogen is required to undertake further trials to determine its efficacy on memory and cognition.

“While the FDA approved this drug in the US, it was a conditional approval based on its brain amyloid lowering ability for which they have to do another major clinical trial,” Professor Martins said.

The search for a solution to Alzheimer’s is a long road. It is predicted the disease will affect over a million people in Australia by 2050. Since Dr Alois Alzheimer first discovered amyloid deposits in the brain in 1907, recent discoveries show the main contributing factor to Alzheimer’s lies in a small protein in the amyloid plaques known as beta amyloid. 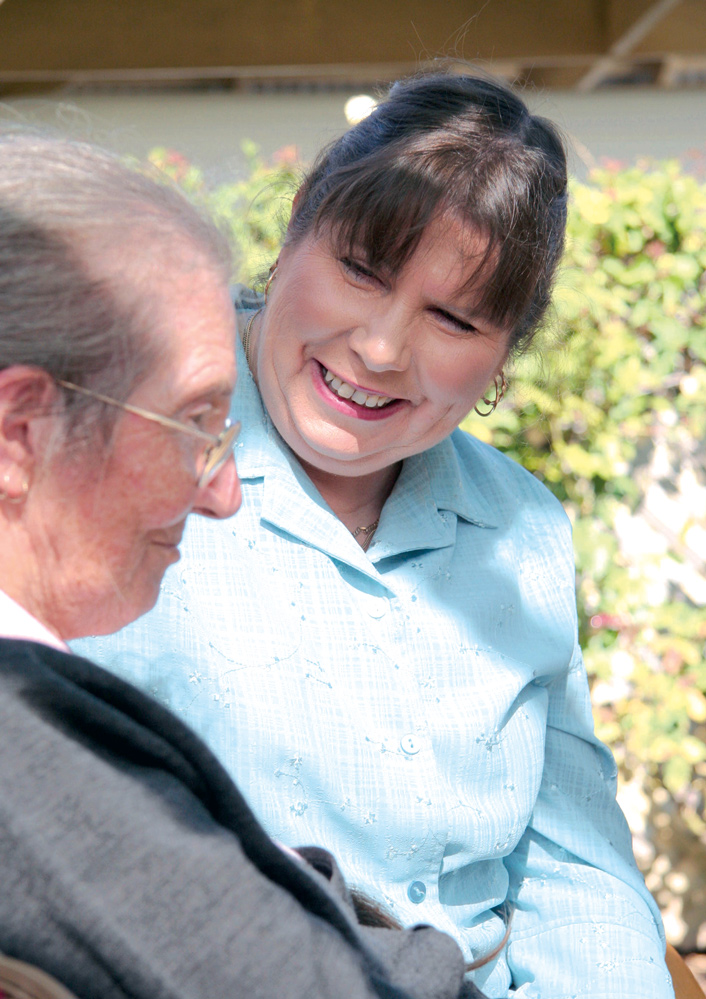 The pivotal discovery of beta amyloids was made in 1985 by a Perth-based research team led by neuropathologist Professor Colin Masters, involving Professor Martins, which paved the way for further trials highlighting the importance of the proteins.

A high level of beta amyloid is a “killer of brain cells” and affects function, thinking and memory.

“Beta amyloid is like cholesterol to heart disease. We all make it in moderate amounts, and it obviously has a biological function, we think it may even be protective in low concentrations. However, when it builds up in large concentrations, it starts killing brain cells and that’s what leads to Alzheimer’s,” Professor Martins explained.

In the late 1990s and early 2000s, “active vaccination” animal trials of beta amyloid injections in mice proved to clear the proteins in the brain and improve memory, but a setback was seen in human studies showing severe side effects. Over the years, further trials of altered versions of the drug using “passive vaccination” resulted in less side effects but did not show significant reduction of beta amyloid in the brain.

“It has a very dramatic effect on removing the amyloid from the brain, that’s what has made this so exciting, but it has been a slow process to get to that stage,” Professor Martins said. The approval of aducanumab opens the door for drug companies to create better treatments and more powerful drugs in the near future.

Dementia Australia honorary medical advisor Associate Professor Michael Woodward said in a statement that the development was, while not a cure, a “very promising result for an anti-amyloid therapy, after many years of disappointment.”

“The original trials were terminated when it looked like the drug wasn’t working – at that stage there weren’t many people on the highest dose of the drug. When researchers examined more data, which included more people who had been, for longer periods, on the highest dose, they demonstrated a significant effect.

“It is possible that, if used early in Alzheimer’s disease, this drug will prevent the emergence of the symptoms of Alzheimer’s, but there is still research to be done in this area.”

Professor Martins admits aducanumab also has its “issues”, with clinical trials showing mixed results. Even though the drug is successful at reducing beta amyloid, there are still questions surrounding its efficacy to improve memory, learning and behaviour.

One trial showed no improvement in memory, while another indicated improved symptoms at a high dose, which led to the FDA application.

“There is no question that the amyloid has been effectively removed from the brain, almost to normal, but the improvement in memory is still under debate and that’s what makes this topic still quite controversial,” Professor Martins said.

“What we know is the amyloid will definitely come down. What we need to find out is whether memory stabilises, and maybe even gets better, but we don’t know that,” he explained. “I am confident to say that it is quite likely to have a significant benefit, but we need to see from the results of the next clinical trial whether it helps memory and cognition.”

Trials are being conducted to determine if the drug has a preventative effect in people who have shown symptoms of the disease.

“There is no evidence yet of it this. I personally think that’s going to be the most likely benefit to that group of people, but we have to wait for that result – nor has there been any trials with people who have more severe stages of Alzheimer’s,” Professor Martins added. 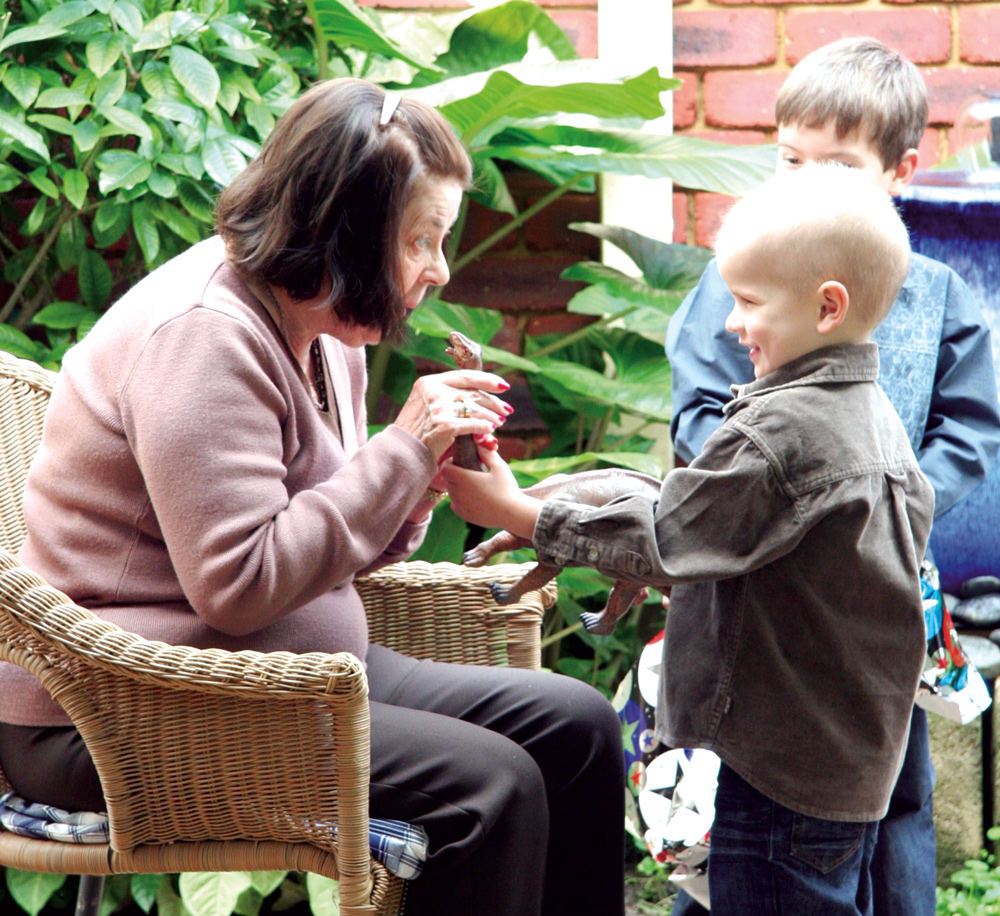 People with susceptibility to bleeding in the brain, which includes those who have the APOE4 gene – a genetic risk factor which accounts for around half the people with Alzheimer’s – are at higher risk of side effects.

“Patients need to be carefully advised of the limitations and risks associated,” Professor Martins said. “An MRI scan at the start will determine if someone will be eligible. If they are already having some of these issues it will put them at higher risk. They should have MRI scans during treatment just to make sure there’s no bleeding in the brain.”

“It’s very important for doctors who are prescribing it to patients to have recommendations for how this drug is used,” he said. “As long as they follow the guidelines and take the appropriate precautions like MRI scans, then the risks can be managed. Every drug has side effects, but you need to follow appropriate guidelines for monitoring, that’s where doctors will make the call.”

At this stage, the drug should only be prescribed to “a smaller, specified group of people” who have early stages of the disease with mild cognitive impairment – and only if amyloid is present in
the brain.

“The drug isn’t for everyone, so it should be restricted for their usage at this stage,” Professor Martins said. “We don’t want to give the message that this is the magic Alzheimer’s drug that’s going to cure all people with Alzheimer’s.”

While it can be “very expensive” to test, a PET amyloid scan can detect presence of amyloid in the brain, or a lumber puncture can be performed which measures amyloid levels in the cerebral spinal fluid.

“In the future, I envisage a blood test will be important for screening for brain amyloid,” Professor Martins said.

Costing about AU$72,000 for a year’s treatment, the price of aducanumab is “exorbitant”, according to Professor Martins, and government subsidies would be necessary for most Australians to access the drug.

“Hopefully there will be subsidies here in Australia,” he added. “We need significant federal funding in Australia and that’s not happening yet for dementia research.”

Even though Health Minister Greg Hunt said that if the TGA approval goes ahead, he would make the drug available on the PBS, the cost goes beyond the drug itself.

“These patients who are approved for treatment will need to go to hospital once a month for an infusion of the drug with some antibody, plus the MRI scans, so that is expensive,” Professor Martins said.

Alzheimer’s is not age limited, but the disease usually affects people from age 50 or 60. While the number of early-onset Alzheimer’s is increasing, it’s “relatively rare” in people in their 30s and 40s.

“In those cases, it is clear they have a genetic mutation that results in massive amounts of amyloid in their brain,” he explained. “There’s genetic evidence proving that amyloid is a key factor that starts the whole process.”

About 470,000 Australians are living with the disease, according to Dementia Australia. Professor Martins describes Alzheimer’s as “a tsunami that’s really hitting and building up a momentum … and we don’t have effective treatments in place,” he said.

Early diagnosis is critical for the treatment of Alzheimer’s, preferably before the onset of symptoms such as memory loss, confusion, concentration difficulties and language problems.

“Lifestyle accounts for at least 50% of the people with Alzheimer’s so it’s preventable,” Professor Martins said.

Led by the worldwide Finnish Geriatric Intervention Study to Prevent Cognitive Impairment and Disability (FINGERS), an international partnership with the Australian ARROW study and the US POINTER study, research shows that what’s considered to be good for the heart is also beneficial for the brain.

Professor Martins added that sleep was another “major pillar that affects brain function”.

“Sleep is very important because when we get a good sleep that’s when our garbage disposal system comes into play and helps clear the amyloid out of the brain. When that sleep is disrupted or is of poor quality, it starts building up,” he said.

“Earlier intervention and trying to prevent the progression and delaying of symptoms by another 20 years or perhaps stopping them altogether, that’s what I’d like see. Within the next decade we’ll have a number of new drugs that may even be looked at in combination.”