It’s been a rugged year for WA’s public health system, grappling with not only the demands of a looming pandemic, but also hospitals struggling to cope, despite few COVID patients. Medical Forum asked Dr Duncan-Smith why the wheels seem to have fallen off. 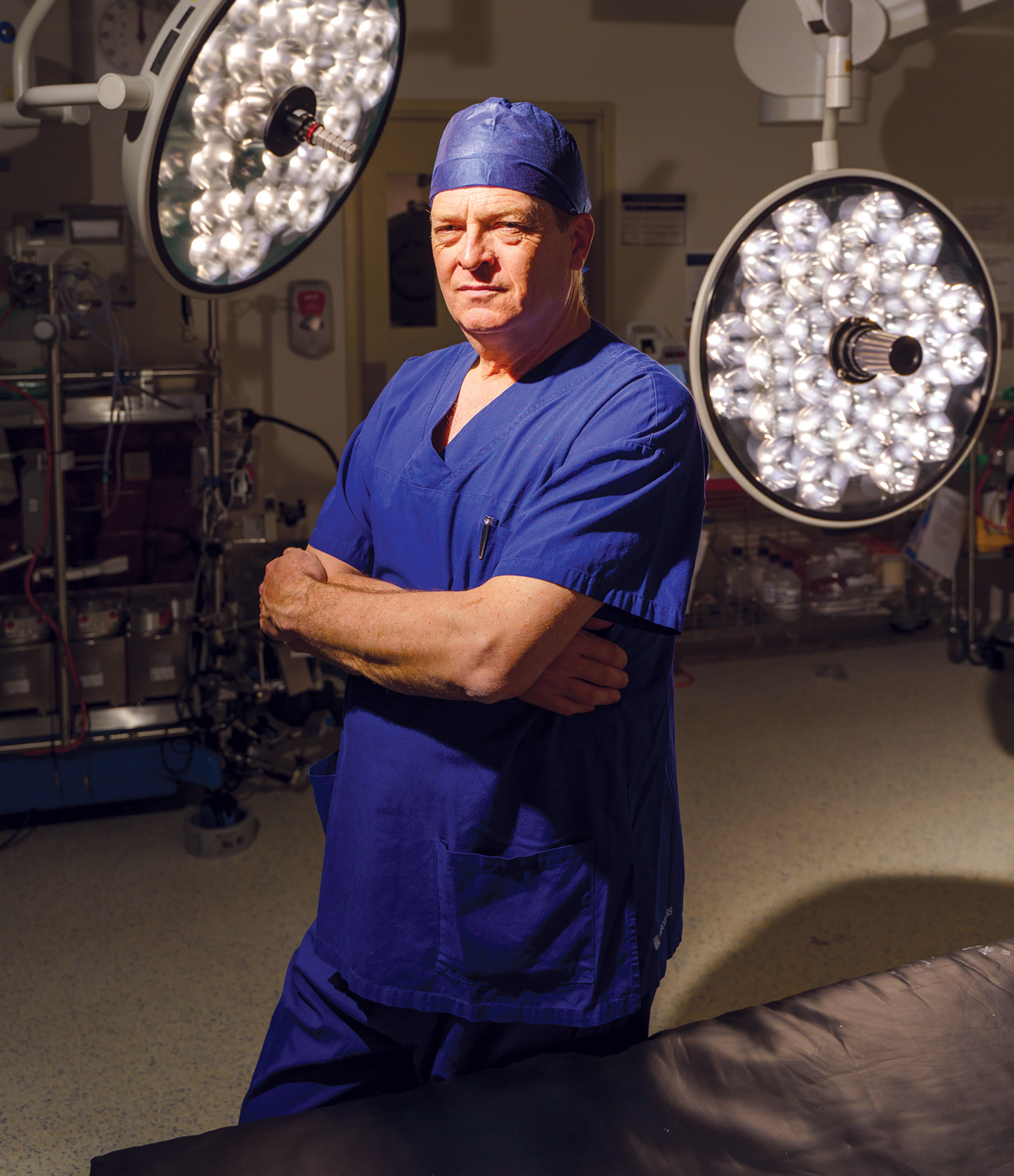 MF: If you had to pick the biggest contributor to what’s gone wrong with the WA health system this year, what would it be?

MDS: A continued orientation to cost cutting, and not a system that is patient outcome-centric with a focus on quality and safety.

MF: Why have big cracks appeared this year when WA has barely had any COVID-related health care/hospital admissions and there has been no other significant spike in demand?

A flat operational budget and increasing demand has manifested as ramping, cancellation of elective surgery despite no COVID, ICUs typically full and record waitlists to see a specialist and elective surgery.

MF: Who bears responsibility – the State Government and its Health Minister Roger Cook, or health bureaucrats and the Director-General of Health David Russell-Weisz?

MDS: Ultimately, this is the fault of the McGowan Government. They are in charge. The DG and Health Minister can put up the required budget to meet demand, only to see it knocked back by Treasury and Cabinet. It could be contended they should have lobbied and argued harder for Health but it is Treasury, the Treasurer, Cabinet and the Premier who finally decide.

MF: Should the State Government have seen the current crisis coming? Can the situation be blamed on inaction by previous governments?

MDS: The McGowan Government has been in control for over four years now, since 2017. They are responsible for where Health is now. When the McGowan Government took over in 2017, ramping was approximately 1000 hours per month. Ramping since then has increased steadily to 5000 to 6000 hours per month, and a peak level
of 6500 hours in August this year.

There has recently been an increase in the acuity/complexity of patients presenting, but that is what happens when a health system can’t deliver care and should be seen as yet another indictment of the McGowan Government’s poor health policy, rather than yet another excuse for the failings.

MF: Some critics are suggesting the hierarchy of the WA public system needs to be pulled apart and replaced with a leaner, more responsive model. Do you agree?

MDS: Absolutely, yes. As part of my postgraduate degree in corporate governance, I analysed WA Health and identified gross, fundamental shortcomings from a corporate/organisational governance perspective.

I commenced lobbying for a corporate governance review of WA Health in June this year at my first meeting with government after taking over as president of AMA (WA). The council endorsed this position and a formal letter was sent to the Health Minister.

MF: How much of the current record ambulance ramping levels are linked to ED capacity and how much to the broader hospital/health system? Are EDs the canary in the coalmine?

MDS: Ramping is not due to EDs, it is due to lack of capacity in the system. WA has the lowest number of beds per capita of any State or territory in Australia. This has been identified to WA Health and government for some time. Our 15-point action plan released in August identified the need for 612 new beds to bring us up to the national average. The government has responded finally to this and, in the September budget, did allow for over 600 new beds, but over several years.

This is also reflected in the occupancy of our hospitals. They regularly run at over 95% occupancy, and some regularly at over 100% (with patients in non-census beds and in EDs). Maximum efficiency of a hospital runs at around 85%.

With the hospital full and no beds, when the ED is full, it can’t get patients onto the wards, and patients can’t get into ED as it is full – ergo ramping.

MF: Is the defence that too many GP-type conditions present at hospital EDs and too many aged care-type patients occupy hospital beds a cop-out?

MDS: Yes, it is a cop-out. The vast majority of ED presentations are not GP-type conditions. Streamlining could be undertaken to reduce GP-type presentations and better systems for patient decanting from tertiary hospital care but these are peripheral actions, and not the core problems.

MF: The AMA was a strong proponent for an extra floor at Perth Children’s Hospital while it was being built. How has the decision (by the then-Liberal Government) not to go ahead with the extra floor impacted on the capacity of PCH to meet demand?

MDS: PCH was too small for demand from the day it opened. Both the AMA (WA) and Roger Cook in Opposition were lobbying for the extra floors to be built. We have called for this to be done now, or at least have a feasibility study. That would be part of the way to increase capacity, as would more paediatric services ‘closer to home’. Expansion of paediatric services at more peripheral sites would also be part of the solution – Fiona Stanley, Joondalup and Midland hospitals, for example.

MF:  Will the death of Aishwarya Aswath tarnish PCH’s previously strong reputation in the longer-term? What can be done to help restore confidence in care at the hospital?

MDS: We saw then PMH culture almost destroyed in 2016-17, which culminated in the Geelhoed report and the chief executive of CAHS resigning the day before its release. PMH bounced back. Morale and engagement at PCH are currently low, but it is bouncing back similarly to 2016-17 due to the strength and commitment of the clinicians to their patients.

MF: What does the WA health system in 2022 look like if there are no significant changes?

MDS: Unfortunately, it is only going to get worse in the short to medium term.

The recent budget had big numbers for health, but many of them were double if not triple counted capital expenditure. For example, the new Women and Babies Hospital has been announced and funded three times (December 2020, August 2021 and Sept 2021).

Hidden in the budget and of great concern is the operational budget cuts over the next two years. We all know the current operational budget is inadequate and has resulted in an inability to do business as usual (such as elective surgery) despite there being no COVID.

And what happens if we get a significant COVID outbreak? Our ICUs are already full of ‘business as usual’ heart attacks, sepsis, pneumonia and trauma, for example. These don’t go away just because COVID has arrived.

ED: Medical Forum contacted the office of the Director-General of Health and it declined to comment.