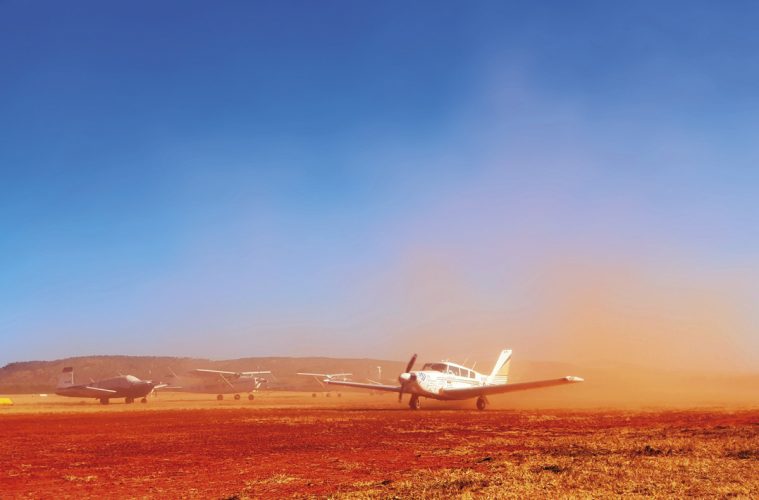 There’s something very special about seeing the Australian bush from the air and a stint with RFDS Kalgoorlie inspired Dr David Jones to enter the Classic Safari Outback Air Race in late August 2018. More than 40 aircraft and 100 competitors took to the skies to raise funds for the RFDS.

“The overriding feeling was one of great awe,” said David. “So many people coming together for a unique event that ended up raising more than $500,000. And, in doing so, we flew across this great country from coast to coast departing Archerfield, Brisbane on August 19 and finishing in Broome 11 days later.”

To call it a ‘race’ is something of a misnomer because it’s actually a GPS Navigation Time Trial in which pilots nominate an elapsed time between two visual waypoints and then receive points for accuracy.

“We had two pilots onboard, one of whom was me, and one passenger who came along to enjoy the ride. The aircraft was a Cessna 182 with fixed undercarriage and the entire journey was conducted under Visual Flight Rules (VFR) so any tricky weather made things pretty interesting. And it almost did! We picked up the aircraft in Langata, Victoria, and the weather was very much like an English winter – strong winds and hammering rain – and we struggled to find a suitable break to get across to Archerfield for the start.”

“It was touch and go for a while but we made it.” “I did my medical training in the UK and the placement at RFDS Kalgoorlie was part of my final year elective at Manchester Medical School. It took three years of sheer bloody-mindedness to organise it! Finally, someone said ‘well, just rock up here and we’ll see what we can sort out’.”

“So, in early 2007 I did exactly that and had a wonderful time in Kalgoorlie learning all about remote and aeronautical medicine and qualified later the same year.”

“I was bitten by the flying bug when I was with the RFDS and received my Private Pilots’ Licence about 18 months ago from the Royal Aero Club of Western Australia. It’s a fairly pricey undertaking and obviously not everybody is in a position to pay for the lessons. I’ve got about 100 hours in my pilots’ logbook now. The Outback Air Race certainly added to the total.”

A big part of flying aeroplanes is the thrill of the unknown and, when the rubber leaves the runway, a lot can happen.

“We had quite a bit of rough flying over the Great Dividing Range near Brisbane, in fact it was hellishly turbulent and the aircraft was getting chucked around a lot. But the hairiest moment was probably when the aircraft started arriving in Mount Isa.”

“With around 40 aircraft in this race it was inevitable that quite a few of us would arrive at a destination at roughly the same time and that can be difficult because you need to keep a good look-out and monitor the radio to find out where all the other aircraft are in the circuit area. Most of the airports don’t have a control tower so there’s no one directing you, but we managed things pretty well.”

“We had three pairs of eyes in the aeroplane and that helps a lot!” “There were a few teams that were very competitive but the rest of us weren’t so inclined. We were there to look out the window, enjoy the view and fly as safely as possible. The aim was to fly over a navigation exit point such as a communications tower or a river crossing at a stable height and then estimate the time it would take to complete the entire sector.”

“There’d be shadows flitting across the ground that would make things interesting but it was all good fun.”

David has some wonderful memories of his time with RFDS and shares a few anecdotes with Medical Forum readers.

“Obviously a lot of our work was medical emergencies such as car accidents and domestic violence. We had one case where the wife stabbed her husband and they were still arguing the point when we loaded him into the aircraft!”

“There were many paediatric and obstetric cases that we dealt with in pre-arranged, regular clinics. We’d fly out along the Eyre Highway to Eucla and then come back along the roadhouses where we’d land and do a series of consultations.”

“The whole experience was brilliant and absolutely fascinating!”

David makes the point that WA will benefit enormously from the funds raised by the Outback Air Race. 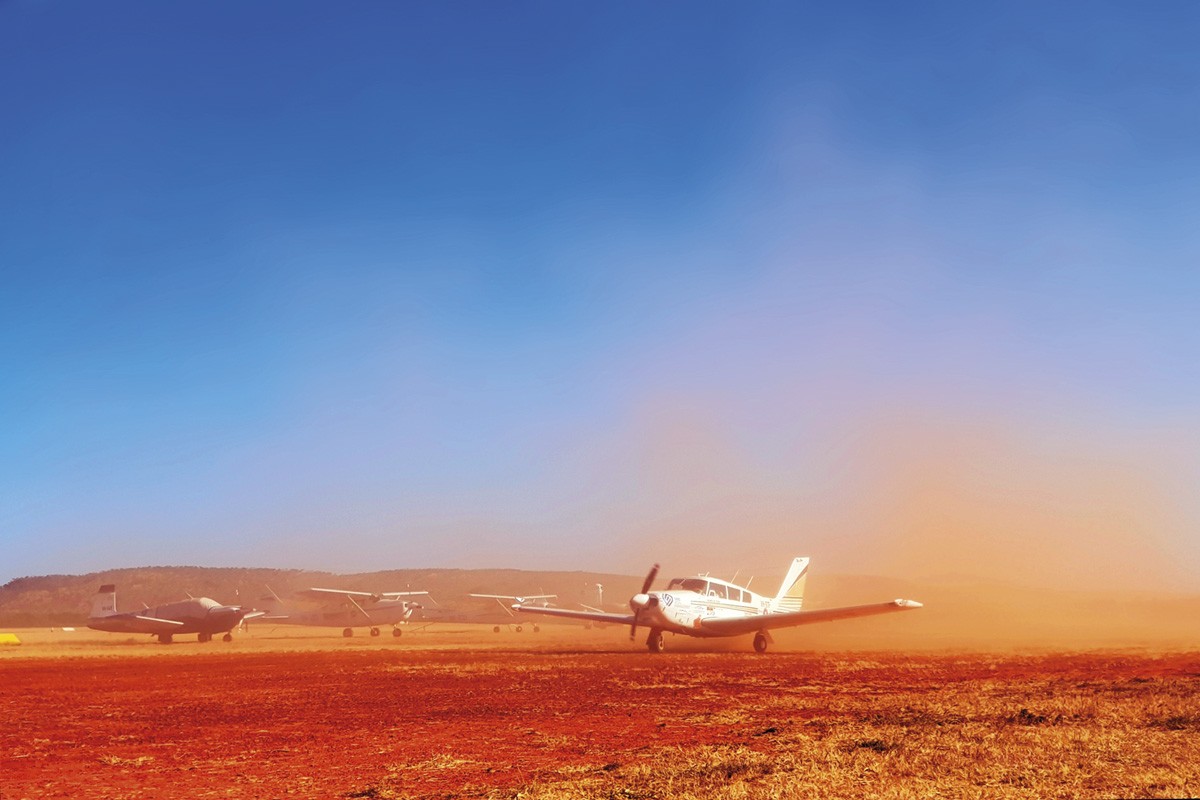 “RFDS WA is soon to receive two new PC24 aircraft, I think early this year is the scheduled delivery date. They are highly sophisticated jet aeroplanes, which will halve the sector time between the Kimberley and Perth. They cost around $16m each, so it’s a significant investment.”

“And I’ve been reliably informed that the complete medical fit-out is almost as much as the price of the aircraft!”

But, as David is quick to reinforce, it’s all about the people.

“It takes a lot of hard work and dedication to do this job properly, and that’s not just the doctors either. The nurses actually do the bulk of the time in the air and the pilots are often confronted by some very challenging circumstances.”

“The RFDS is a wonderful service providing high quality health care to rural and remote Australia. I’m very proud to have worked with all these amazing people!”