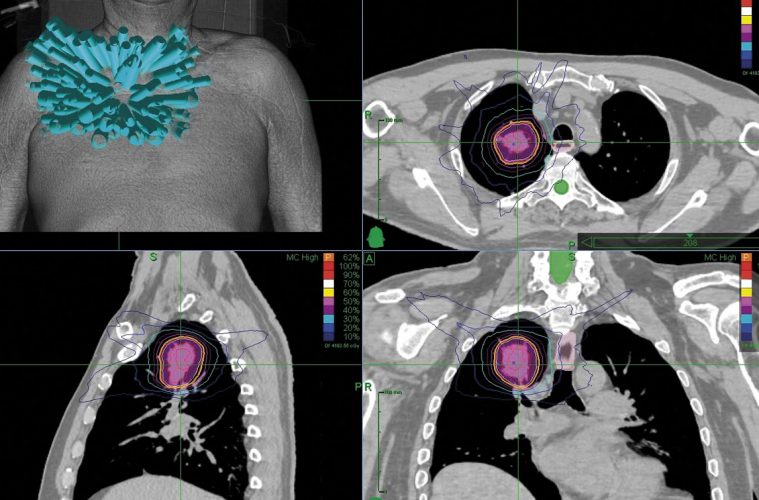 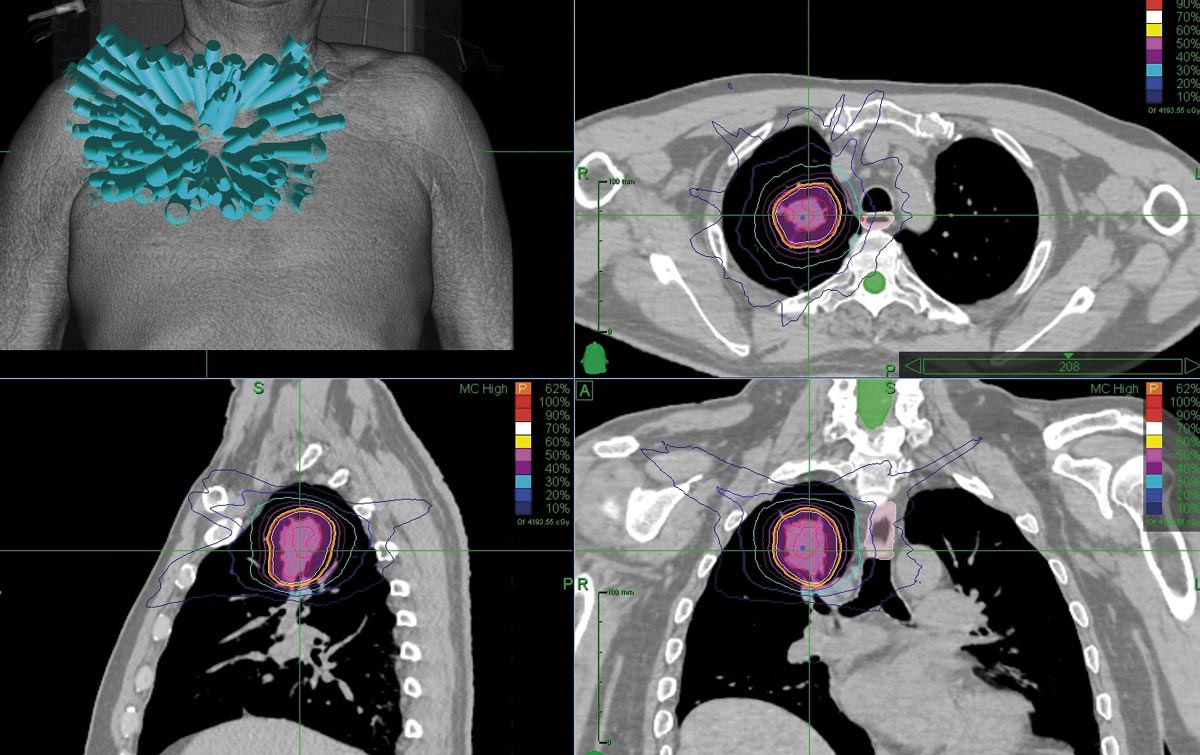 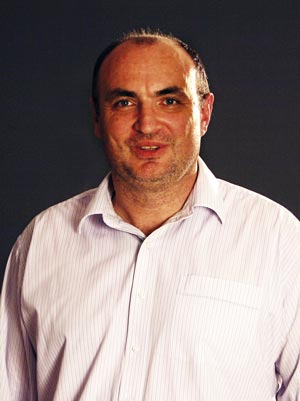 As SBRT is highly accurate, it allows larger doses of radiotherapy to be given with each treatment (fraction). It can avoid normal tissues better than previously possible. Entire radiation courses can be given in three to four fractions. These courses are biologically equivalent to several times the previous treatment.

SBRT can be given with the modern radiotherapy machines or purpose-built systems such as the CyberKnife. The CyberKnife system uses a linear accelerator mounted onto a robotic arm to deliver 100-200 separate precisely targeted radiation beams. CyberKnife is ideally suited to treating lung tumours as it tracks and automatically adjusts for respiratory movement (using a combination of infrared monitoring and x-rays). A gold marker seed may need to be inserted near the tumour a few weeks prior to treatment to allow X-ray tracking. SBRT is non-invasive and generally well tolerated.

A recent Australasian randomised trial compared SBRT with conventional radiation treatment for early but inoperable NSCLC. Patients treated with SBRT were less than one-third as likely to have local failure and half as likely to have died. Overseas, two randomised trials compared SBRT to surgery for operable NSCLC, but both failed to accrue enough patients. Overall there was a 95% three-year overall survival with radiotherapy – however with so few patients, it is wise to remain cautious.

SBRT might be especially beneficial to treat lung metastases (from lung or other cancers) where there are only a few metastases. Many non-randomised studies show local control rates of about 80%, with low toxicity.

Surgery is preferred but many cancer patients have COPD or other medical conditions. SBRT is the next best choice. The ideal SBRT patient has a small peripheral tumour. Central lung lesions may be treated but this requires a dose reduction and longer treatment courses.