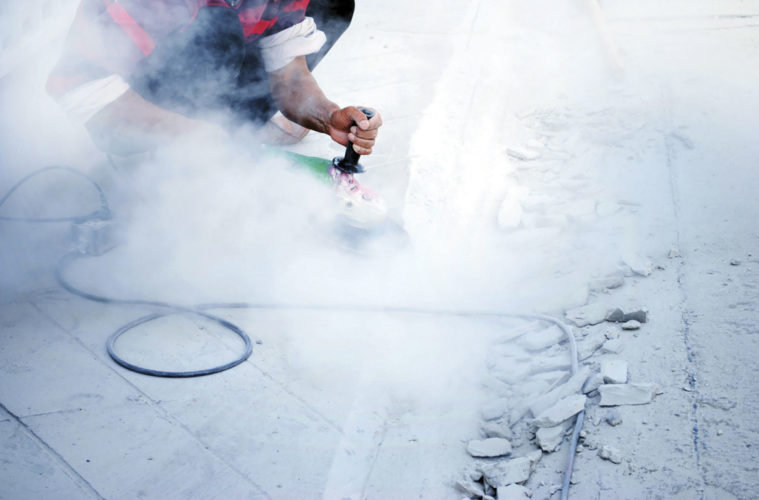 Silicosis: When Will We Ever Learn? We well recall that beautifully poignant song, Where Have all the Flowers Gone and the refrain about the young men’s lives lost in droves during the last world war. The futility of wars was wonderfully captured in that other line, which asked the eternal question, “when will we ever learn?” 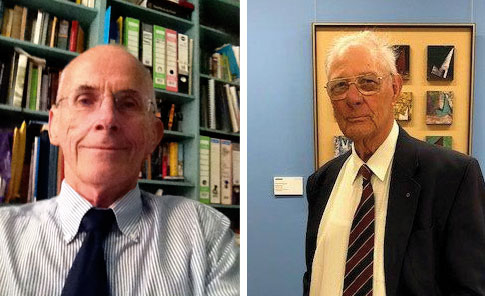 The same can be said about the terrible toll some of our industries have on the lives of their employees, most of them young men. Let us, therefore, relate the sad story of the situation prevailing now in our artificial stone (AS) benchtop industry and, sad to say, even in some of our operating mines.

Wherever there’s silica dust in the air breathed by employees or contract workers, there is always the risk of silicosis, a dreadful disease which at the very least is debilitating and, at worst, a death sentence, and yet it’s totally preventable.

The onus is on our regulators and employers to carry out their duties as defined in the OSH Regulations 1996, efficiently and with real purpose.

A new industry has emerged over the past few decades to satisfy our appetite for nice-looking kitchen and bathroom surfaces. Polished granite surfaces look great and, in an attempt to produce cheaper synthetic alternatives, the manufacturing and processing of artificial stone (also referred to as engineered stone) has been developed. However, such synthetic material contains 90% silica as compared with 25-50% for the real substance.

In recent times, without adequate controls and health surveillance, it is claimed that “silicosis has become the biggest threat to tradies since asbestos”.

Silicosis becomes a progressive, irreversible, and incurable pulmonary disease caused by the inhalation of respirable crystalline silica (RCS) dust. Indeed, whereas the disease amongst miners can have a relatively long latency, the AS-associated silicosis, due to inadequate preventive and/or protective measures, is much more aggressive, with accelerated silicosis developing over shorter latency periods (Leso. V., et al, 2019).

WorkCover Queensland has recorded 164 worker compensation claims for silicosis from workers in the AS benchtop industry. In Victoria there have been 28 claims for silica-related conditions since 2018, and 15 workers have died from the disease since 1985; SafeWork NSW has had 12 silicosis claims and Tasmania has had 5 cases (The Guardian, August 17, 2019).

In WA, six workers have been diagnosed with the disease, so far, five from the benchtop industry and one from the mining sector (UNIONSWA/adsa, July 2019), but the portents are that many more are in the pipeline both here and nationally.

The current workplace exposure level for fine silica dust of 0.1 mg/m3 of RCS (< 5 microns) has been in place since 1983. However, SafeWork Australia, knowing that AS contains around 90% silica, roughly double that in normal granite, is currently in the process of reducing the limit to 0.05 mg/m3, to be implemented across all industries as soon as practicable. However, the Victorian Trades Hall Council has recently released an even more stringent approved safety standard of 0.025 mg/m3, as an eight-hour TWA (in keeping with the USA silica exposure standard).

There is a suite of precautionary measures which employers should have in place, and their implementation and use should be overseen by government appointed regulators. These measures include:

All states and territories, apart from the ACT, have already banned the practice of dry cutting, which has led, in large measure to the recent spate of AS accelerated silicosis (The Guardian, August 17, 2019).

Without complicating matters, the solution is as easy as making sure workers, be they employees or contract workers, do not inhale the very fine RCS dust, and consideration should be given to isolating the workers from the cutting, grinding and polishing operations by carrying out these tasks in an enclosed area with its own exhaust system.

The WA Department of Mines, Industry Regulations and Safety’s (DMIRS) “alert 11-2018” emphasises that:

WorkCover WA’s fact sheet points out the hazards to workers who are exposed to RCS from dry cutting, grinding, sanding and polishing stone benchtops and during installation. It also advises that to obtain compensation, workers need the independent Industrial Diseases Medical Panel (IDMP) to make a final and binding determination on various questions, including the diagnosis of work-related silicosis, the extent of the worker’s capacity for work and level of impairment.

Furthermore, the initial steps to make a workers’ compensation claim requires the claimant to:

Support for workers diagnosed with silicosis and those who suspect they are developing symptoms of the disease can obtain support services and/or advice from a range of organisations including Beyond Blue, MensLine Australia, Lifeline Australia and Silicosis Support Network (an offshoot of Asbestos Disease Support Society).

The Silicosis Support Network can provide sufferers access to its own social worker, as well as a range of information ranging from medical specialists, lawyers and allied health care professionals. The network has published some detail of the situation in Queensland where among the 168 diagnosed with the disease, more than 20 men, including one 22 years of age, have been diagnosed with “progressive massive fibrosis” (PMF), often referred to as “end stage disease”, which is a death sentence.

The general industry in WA is regulated by WorkSafe, in keeping with the Occupational Safety and Health Act, 1984, and its subsequent Regulations of 1996 with outline the responsibilities of employers and surveillance.

Every employer, main contractor or self-employed person should seriously consider establishing a WorkSafe Plan, which involves an assessment process that rates safety and health management systems and directs attention to areas that need close scrutiny and could possibly be improved. Such plans can be drawn up by appropriately qualified assessors listed in the directory supplied by WorkSafe.

When inspectors become aware of non-compliance with requirements of the Act and/or regulations they may issue advice, improvement or prohibition notices or a combination of these.

It appears, therefore, that if all of these precautions are in place and adhered to there should be very few, if any, unsafe workplaces be they construction sites, workshops or AS benchtop manufacturing and processing workshops etc.

However, as stated in a recent article (Hender S., 2019), “it doesn’t matter what is written in the regulations if the stated requirements and practices are not policed”. Indeed, the same article refers to a 33-year-old Queensland tradesman with progressive massive fibrosis saying “he can’t recall a regulator ever attending any of his work sites to check on compliance”.

The Australian Engineered Stone Advisory Group (AESAG), which represents the manufacturers, claims that cutting engineered/artificial stone “is safe when done in accordance to current workplace regulations and recommended safety standards”. However, in response to the increasing number of silicosis cases it “has introduced a health and safety accreditation program that requires proof that any customer-supplied products have complied with all state or territory health and safety guidelines (Hender S., 2019)

On 26 July, 2019, the Commonwealth Chief Medical Officer, Professor Brendan Murphy, announced the establishment of the National Dust Disease Taskforce to develop a national approach to the prevention, early identification, control and management of dust diseases in Australia.

The federal government has committed $5 million to support this taskforce, including establishing a National Dust Diseases Register and new research to understand, prevent and treat preventable occupational lung diseases such as silicosis.

It was due to provide interim advice to the Minister for Health by December 2019, and a final report is expected no later than December 2020.

Also, the Government’s appointed regulators and inspectors have the responsibility to ensure that such health effects risk-assessments have been carried out and all necessary control measures are in place.

Let us therefore finish by reiterating the title. “When Will We Ever Learn”, bearing in mind silicosis has been a totally preventable disease for the past 50- years or more?