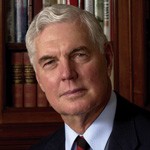 Hailing from WA, former Australian Governor-General and Governor of WA, Major General Michael Jeffery is not spending his retirement years like many of us by fishing, travelling or playing golf. Instead, the former commander of Australia’s armed forces is aiming to make the country an even better place in his new role as Chairman of Outcomes Australia (OA). The voluntary organisation aims to identify looming national problems and get some of the best minds in the country together to help solve them in a completely non-partisan and non-commercial setting.

“Outcomes Australia is very successful because it is pro bono and not owned by any organisation or interest groups,” the Major General told Medical Forum. “The data that we utilise is bullet-proof and has an authenticity and validity about it unlike just about any other organisation I have seen.”

OA’s current list of problems it wishes to tackle include: Sharelife, a project setting out to achieve world’s best practice in organ transplants; a plan to solve the nation’s so-called obesity crisis; and the regeneration of the Australian landscape to create a healthier environment and in turn healthier food and people.

After identifying that Australia had the highest rate per capita of prospective donors, yet one of the lowest levels of access to organs, Outcomes Australia set a goal to treble the community’s access to transplants based on the proven strategies of other major western countries. This formed the blueprint for the government’s transplant package announced in July 2008. This package is currently being implemented.

“We used Sharelife as a test bed for the OA process and did it on the basis that over five million Australians or are signed up to donate their organs when they pass on, but it only ends up being 200 people or thereabouts per year who end up doing so. There is a huge discrepancy between stated intent and activity and what we wanted to do was to find out why this is so. We knew it wasn’t a medical problem, because the success rate of transplants is 94% or better, it was a supply chain problem.”

“The first blockage point arose where parents were not communicating clearly or informatively to their children what they wanted done when they passed on, because many kids would say after their parents’ death that they did not want them to be cut up.”

Sharelife identified these, and other, blockage points quickly and developed a programme that was adopted by the PM and COAG with a budget of $150m over three years to implement the new processes.

“In terms of organ donation, the biggest thing that doctors could ask of their patients is for parents to sit down after dinner with their kids and tell them precisely what they want done with their organs when they pass on. There is a tremendous capacity to save several lives and it is a wonderful gift to bequeath somebody when you are passing on to the next world.”

After a military career in Malaya, Borneo, Papua New Guinea and Vietnam – where he was awarded the Military Cross and the South Vietnamese Cross of Gallantry – before rising to command of all armed forces in the country, it is no surprise that Michael Jeffery is taking a no-nonsense approach to one of his other responsibilities as Chairman of the Royal Flying Doctor Service (RFDS).

“The RFDS is truly an iconic organisation. We have 250,000 contacts per year in some form or another; either teaching in remote areas, transporting a cattleman with a broken leg, or helping a pregnant Aboriginal woman for example. What I am trying to do as chairman though is to, without in anyway degrading the particular ethos of each of the State or section organisations, is to modernise our management practice so we are going to get the best bang for the taxpayer’s and donor’s dollar. This means getting the best utilisation of aircraft and the best training and recruiting processes in place and that is going to take a little bit of time.”

“We are dealing with big State entities and you can’t make these changes radically, you have got to do it by convincing people that change is necessary and it is going to be of benefit not only to their organisations but to the whole of the RFDS as a national organisation. My main concern is to ensure that we continue to provide the very best medical support, particularly to remote and outback Australia, to the provision of the motivated doctors and nurses that we have and to the skill and motivation of the pilots and maintenance crews that we have who will fly virtually anywhere anytime 7 days a week 365 days per year. So mine is to ensure this happy state of affairs continues and, where we can improve, we do.”