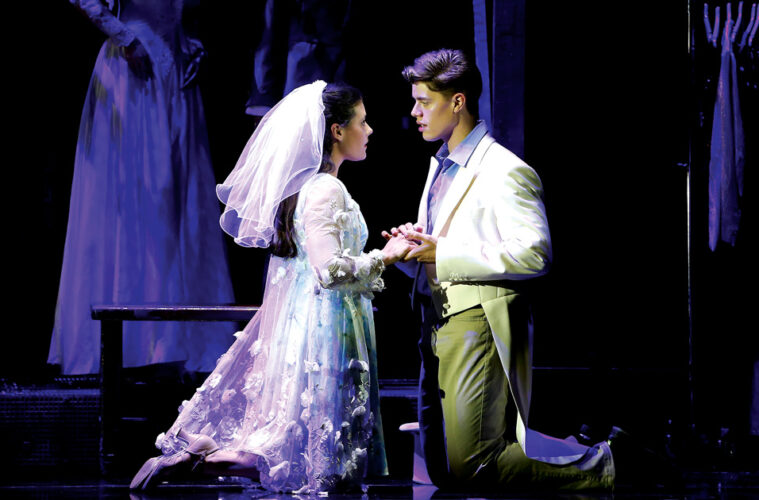 Tales from the West Side A Broadway classic returns to Perth as West Side Story brings love and drama to the stage.

When she thinks of classic musical theatre, Amba Fewster says West Side Story is always the production that first comes to mind. More than 60 years after it debuted on Broadway, its social, political and emotional themes are still highly relevant and numbers like the love ballad, Maria, and the undeniably catchy America are still much-loved. “The music gets you every time and I think that’s what makes people always want to come back,” says Fewster, a singer, dancer and actor appearing in the upcoming Perth production at Crown Theatre.

Musical theatre changed forever when West Side Story first opened in 1957. Considered the most complex and challenging unity of music, dance, book and lyrics, it was the brainchild of a remarkable collaboration between Leonard Bernstein, Arthur Laurents, Stephen Sondheim and Jerome Robbins.

A former pupil of Jerome Robbins, Joey McKneely’s vibrant new stage production comes to Perth after worldwide acclaim. Since the first world tour in 2003, there have been more than 1500 performances of this award-winning production.

West Side Story is a modern retelling of Romeo and Juliet. It’s a tragic love story of two young people whose happiness is destroyed by the hate in New York City’s urban jungle. Two gangs are fighting for street dominance: The Jets are the sons of previous immigrants to America and the new Puerto Rican arrivals – the Sharks. Tony, a former Jets member falls in love with Maria, the sister of the Sharks leader.

Fewster, who hails from Perth, plays Francesca, a Shark girlfriend but also has the opportunity to regularly swap into other roles, including her favourite, Anita, who is the lead in the songs America and A Boy Like That.

“It certainly keeps you on your toes,” she says. “Playing both a Shark and a Jet, you have to be on the ball with everything and it can become pretty tricky. Equally, I also find it fun bringing something new to each of the roles as I move into a different position.

“There’s a lot of stage fighting so you have to be really aware of where everyone is standing and who is moving where.”

In a musical where cast members are usually required to dance, sing and act, Fewster says first comes making the dancing part of your muscle memory. Then you can let your body take over and build your character.

“I feel like once you get the dancing and the stage movements into your body then you can let other things take over while the dancing almost becomes unconscious.”

Fewster’s profession requires a certain level of fitness and as a qualified Pilates instructor, she uses that to offset more aerobic training. She treats both her body and voice as instruments which both need to be nurtured and nourished.

Fewster toured internationally with West Side Story in 2019 and is glad to be back with the production.

“Whenever I’ve come back to the music, it gets me every time. Even with eight shows a week, it’s still powerful. There’s just something about how the music makes you feel. You just can’t help but feel every bit of emotion.”

ED: West Side Story is at Crown Theatre from June 29-July 17.
Tickets from Ticketmaster.