The amazing life of honey 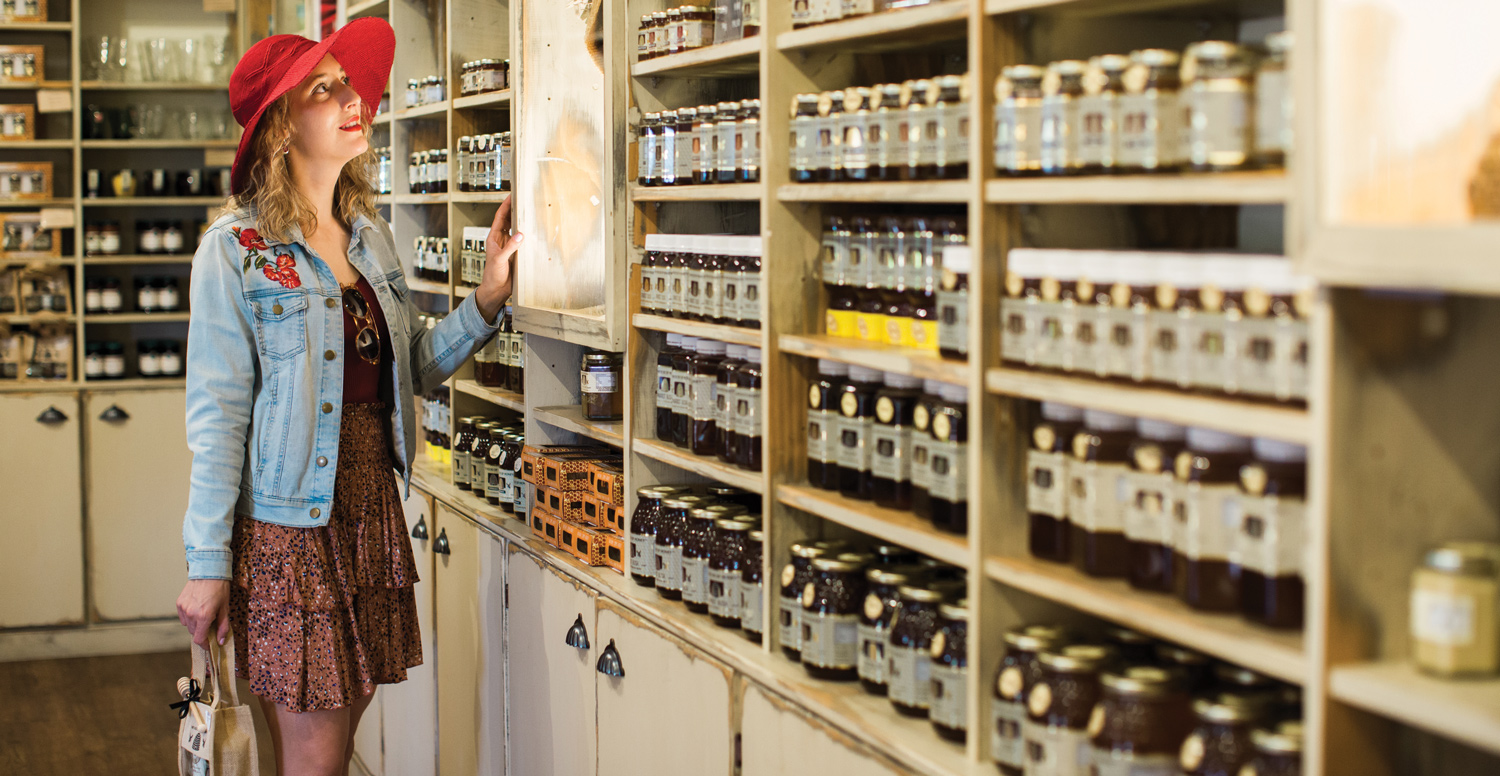 Apiarist Rupert Phillips has dedicated his life to bees. Decades on he’s still
fascinated by them and very much in love.

From childhood curiosity to a passion and then a career and a business, bees have always kept Swan Valley apiarist Rupert Phillips under their buzzing spell.

Since becoming fascinated as a boy by a beehive and then spurred on to learn about beekeeping, Rupert hasn’t lost one drop of enthusiasm for it.

“It’s something I enjoy very much,” says Rupert. “I still have the same excitement looking after the bees.”

But as he goes on to explain, being a beekeeper is not simply looking after bees in a hive. It’s learning about the bush, its trees and flowers, the flowering cycles and climate changes. It’s about looking for patterns and signs which might allow improvements in where the hives are placed and how bees are bred. Rupert is even working on a mechanical invention to help move hives around more easily.

Born in Kenya, Rupert moved to South Africa as a child. An interest in a beehive on the family farm led his father to introduce him to an old beekeeper named Vernon, who taught Rupert everything he knew and the young devotee got his first hive.

After moving to Australia in 1982, Rupert pursued beekeeping, buying an apiary from a two-generation beekeeper. In 2005, Rupert and his wife Kim (the company’s other managing director) moved to the Swan Valley to realise a lifetime dream of sharing all they knew and loved about bees and honey. In 2010 The House of Honey, a honey shop and café, opened.

“It’s intensely satisfying to share the knowledge of everything we’ve learnt with other people. I love being able to inspire people by talking about honey, bees and all sorts of related things. One of the great things about running a shop is that you can raise awareness of what these useful little creatures are capable of.

“I love that there’s room for improvement. You can never assume you know everything, especially when you think you have it sussed. You can decide something but with bees, nature always determines what happens.” 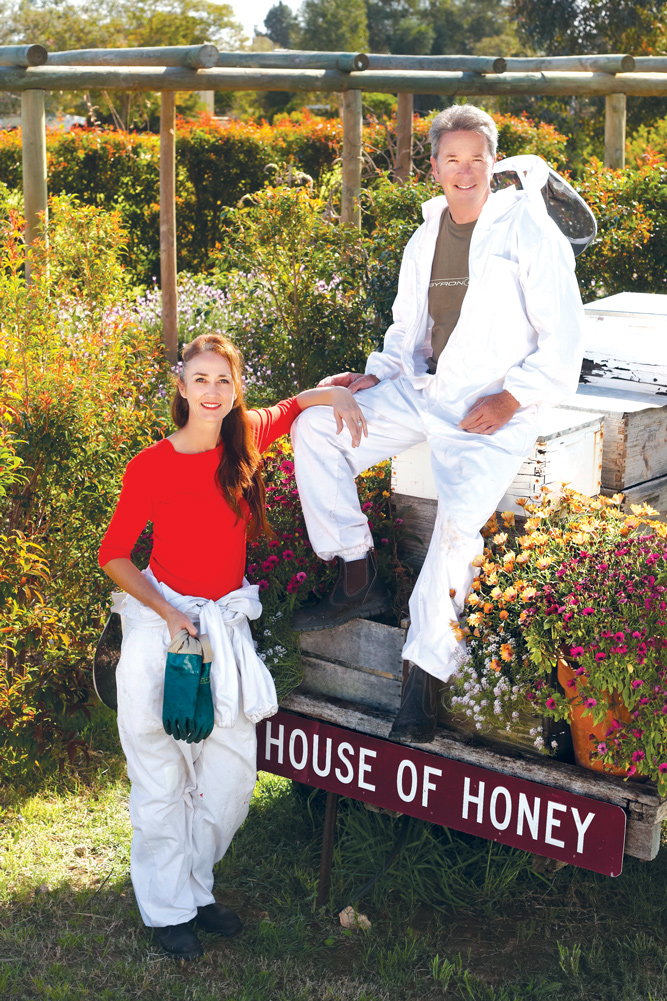 Honey and just about everything else that comes from a hive has a use – some cosmetic, some medicinal and some just plain tasty. Among other uses, beeswax is used for cosmetics and candles, polishes and waxes while honey has anti-inflammatory and antibacterial properties, making it useful for colds, as a disinfectant and on burns to promote healing.

People often arrive at The House of Honey expecting the place to be swarming with bees, and while there are bees on the property, most of the hives are usually somewhere near Cervantes in the winter and move south for the summer.

The hives, which are wooden boxes marked with numbers and specially colour-coded dots, are moved by truck to spots in forests where Rupert believes will be best for the bees to feed and pollinate. These areas, like national parks, nature reserves, state forests and timber reserves, are designated and require a licence to access. An apiary site mapping system helps with choosing the best spots.

Continually fascinating to Rupert is the bigger environmental picture, for example how an explosion of avocado tree growth in the South West relies heavily on bee pollination or how there was a recent scramble in New South Wales and Victoria to move some 50,000 colonies of bees to an area growing almonds to help the season succeed.

Rupert’s bees are usually transported at night, so they wake up in the morning in a new location. Rupert says they are often eager to explore their new surroundings well before the boxes are even unloaded from the truck. Despite these regular moves during the year, the bees seem to be quite comfortable with the new surroundings and find their way back to their queen and hive.

The zen of bees

Hanging out with the bees is Rupert’s happy place. He loves to watch them come and go from the hives, observing their collective temperament, which changes depending on factors such as the impending arrival of a low-pressure system or a sunny day.

“Sitting next to a hive and watching the bees arrive with pollen on their legs is like a state of meditation, it is very calming.”

With about 60,000 bees in each hive, Rupert estimates his colonies hold about 27 million bees at the height of summer. It’s a huge payroll – and the bees get a couple of free holidays around the state each year and are supplied with some of the diverse environments in the world when it comes to wildflowers and trees to explore.

Honeybees eat nectar for carbohydrates and pollen for protein. The location of their hives has a direct impact on the type of honey they produce.

A hive which spends time amongst jarrah trees, produces honey with a nutty malt flavour which is as unique as the tree it comes from and is said to have strong antimicrobial properties. Resident bees in a citrus orchard will produce honey which can smell and taste like the fruit.

“We are so blessed in WA because we have so many different trees and wildflowers, which make it favourable for keeping bees. The European honeybee is what most people have as they are the most prolific honey gatherers and are suited to our climate.”

With a profound love for the environment and a passion for finding the best spots for his hives each season, Rupert spends a lot of time driving around the state looking at local plant life. While his accountant might not always thank him, he’d much rather be doing that than sitting in front of a computer.

“I often say to people I have seen more of WA as a beekeeper than I would have in any other job. I get to travel all the back roads and go deep into the bush to find the best feeding ground for the bees.

“It’s like being a human extension of the bees, and we have to see the possibilities for them and look three, six or 12 months down the track to what the best places might be, taking into account flowering cycles and many other different aspects.

“That’s why beekeepers are always having collisions with trees while we’re walking around, we’re too busy paying attention to them to watch where we’re going!”