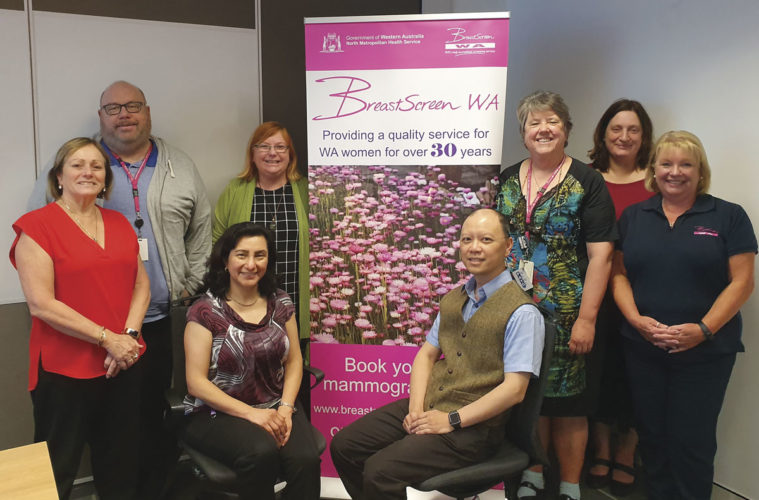 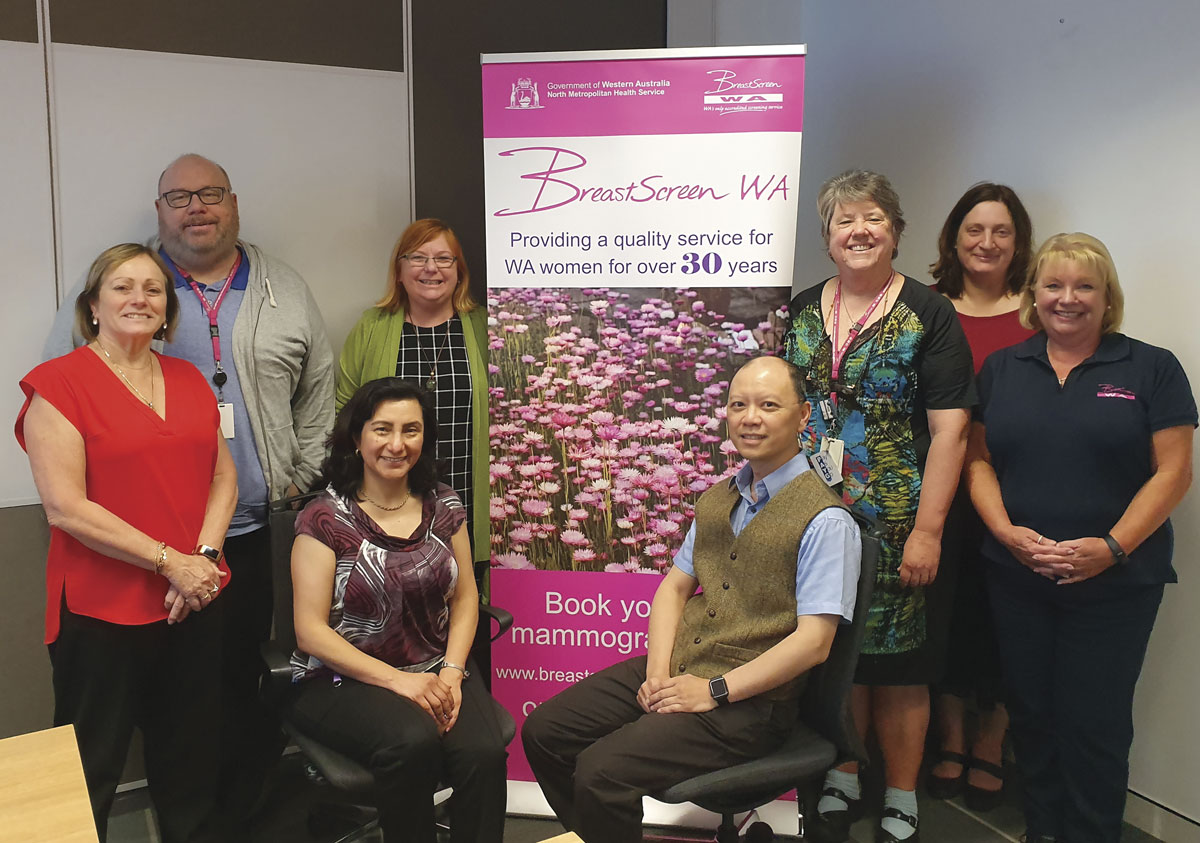 BreastScreen WA celebrated its 30th anniversary recently and its current director Dr Liz Wylie has seen all but a few of those early months.

The program started in 1989 after a successful national pilot that saw breast cancer screening become a way of life for every woman over 50 and until the age of 75.

Liz was a radiology registrar in the UK when the doors flung open in a little old house in Hamersley Rd, Subiaco.

“Dr Mike Gibson was the first senior radiologist who started the program with Val Gardner and the first clinic was in Cannington. By 1995, we were statewide,” Liz told Medical Forum.

“I came back to WA in 1990 and started at BreastScreen. My reading number is six. Next year I will celebrate my 30th anniversary with the service and on February 5 I will have notched up 20 years as Medical Director. I feel really privileged that I’ve had this opportunity to make a career at BreastScreen.”

Liz has seen great changes in her three decades.

The first is, of course, breast cancer itself. When Liz started screening women in 1989, the incidence of breast cancer was one in 14 women, today it is one in eight, in some studies it’s one in seven.

“The incidence of the disease has doubled in that period, whereas the mortality has reduced. We would like to think that screening has been a major contributor to the reduction in breast cancer mortality, despite the increased incidence,” she said.

“One of the problems of such success, I think, is people start thinking we don’t need to do all the things that made cancer treatment so successful. But it is a belt and braces situation – treatment is successful when you have early diagnosis. If you can have both, why would you choose just one?”

Then there’s access. There are 11 BreastScreen sites in the metropolitan area and four screening buses that are on the road most of the year. Liz said a lot of work goes into the regional and remote screening, particularly for Aboriginal women in remote communities.

“With the digital equipment on the buses, we don’t go off-road but we bring women to the buses from all over. We’re heading to Laverton soon and we’ll be bussing people from all the lands. Some women will have 2000km round trips,” Liz said.

“So, we organise the bus and provide all the food and camping accommodation, and the communities respond very well. We’ve got a great Aboriginal health promotion officer in Kelly Cameron who arranges these trips with fantastic assistance from Aboriginal health workers on the ground.”

“We have better participation, generally, on those country visits than we do in the metropolitan area because people are more incentivised. If the van is there only once every two years, you go get a mammogram. When the service is around the corner and available at any time, it’s hard for people to get motivated.”

The other area of great change is technology. Gone are the days where x-ray film was developed, dried then hung on multi-viewers. Gone are the bits of paper. And gone is the vacuum of information.

“Digital imaging and the ability to transmit images so quickly has made the service remarkably efficient. And now we’re getting all the advantages of being able to communicate with women electronically, sending them SMS invitations and reminders. And from August 23, which was Daffodil Day, we launched a service where women would be able to access their results via SMS,” she said.

“Since the launch, about 70% of women are taking up the offer to receive their results electronically.”

The changes ahead, Liz said, include automated breast density reporting.

BreastScreen enjoys the backing of both federal and state governments and it’s hard to conceive of a time without it, but Liz can, in fact wishes it.

“My hope is that within the next 10 to 15 years we don’t have a population screening program like this. Currently, we screen every woman over 50 to the age of 75 to find the one person in seven who has breast cancer,” she said.

“For the majority of women that’s 13 or 14 mammograms in that period, with the prospect of being recalled with a false positive diagnosis at least once in that time.”

“My personal hope is that the liquid biopsy, which has made such a difference to obstetrics, will change the breast cancer detection paradigm. So few women are now having amniocentesis because all those genetic determinations are made from an early period in pregnancy from a simple blood test.”

“In the ideal world, you would go once a year to your GP to have your cholesterol, blood sugar and tumour panel taken and only if have you returned a positive tumour panel, would the investigation begin.”

“I think that would be wonderful and it would make such a difference to diseases like ovarian and lung cancers that are so difficult to screen for.”

In the meantime, BreastScreen continues its vigilant care of women all over the state and sharing its rich data to make breast cancer treatment the best it can be.