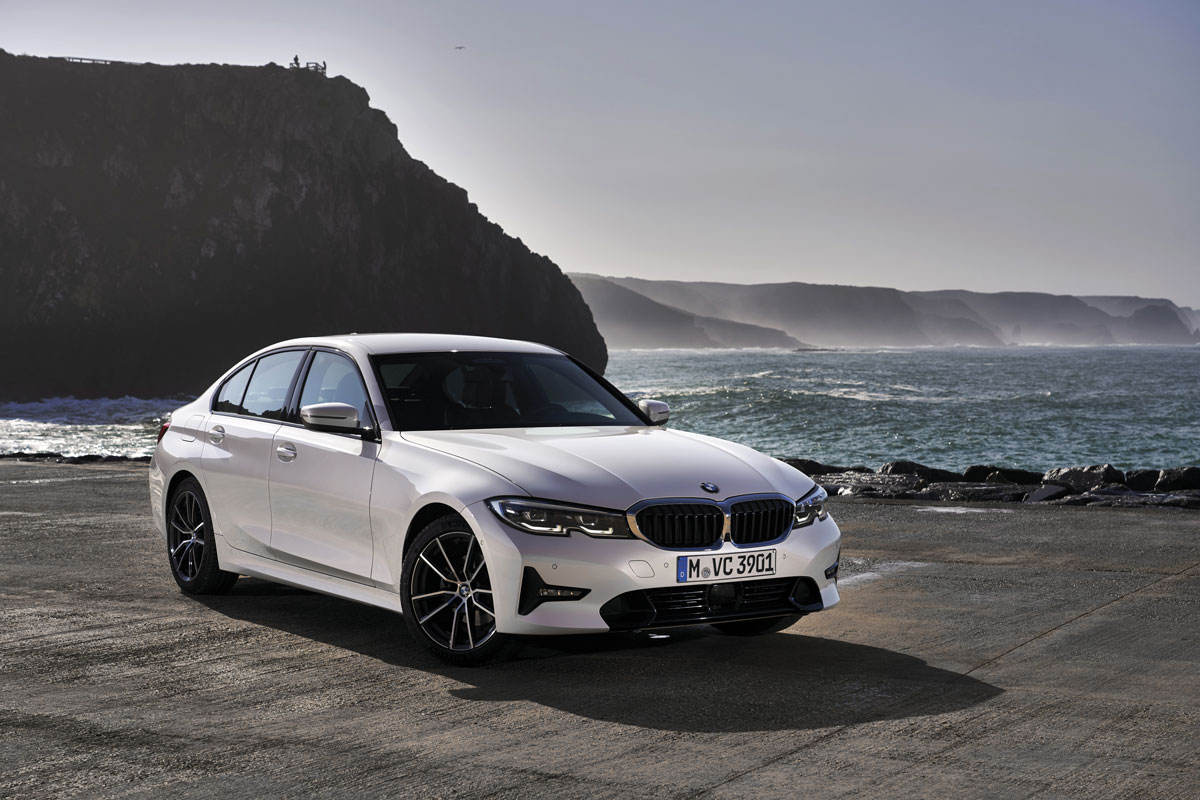 ED: Three Beemers, one man and an open road. Dr Mike Civil was asked to road test the medical profession’s most preferred BMWs.

The top three best-selling BMWs to WA-based medicos are the 330i, X3 and X5. In a similar vein to an (in)famous TV show, our Editor would like to know which is the better choice. Or is it more about certain specialist colleagues are more likely to choose in a particular way? Perhaps it would be worth naming the prospective Beemers? The X5 would be “Clarkson”, the X3 “May” and the 330i “Hammond”. I’m sure you get my drift.

To build the scenario further, I will be able to drive each of our three ladies over the course of a week and will need to piece together the winning traits and tricks.

First the similarities: They are all BMWs, so build quality is outstanding on all three. There is the usual range of electronic wizardry to play with, they all have the same style of gear box. All are automatic, with four different driving modes – comfort, sport, adaptive and eco-pro (whatever that is!)

They also all have flappy paddles attached to the steering wheel to allow the driver to select a more manual mode to get better connected to the driving experience. But, with so many different choices on the setting of the automatic box (there are eight forward gears), is there really any need to have those flappy paddles at all?

I am sure that BMW will point out how they want to reinforce that driving experience, to those would-be rally car drivers. Those who want to be more in touch with ‘driving’ the car. 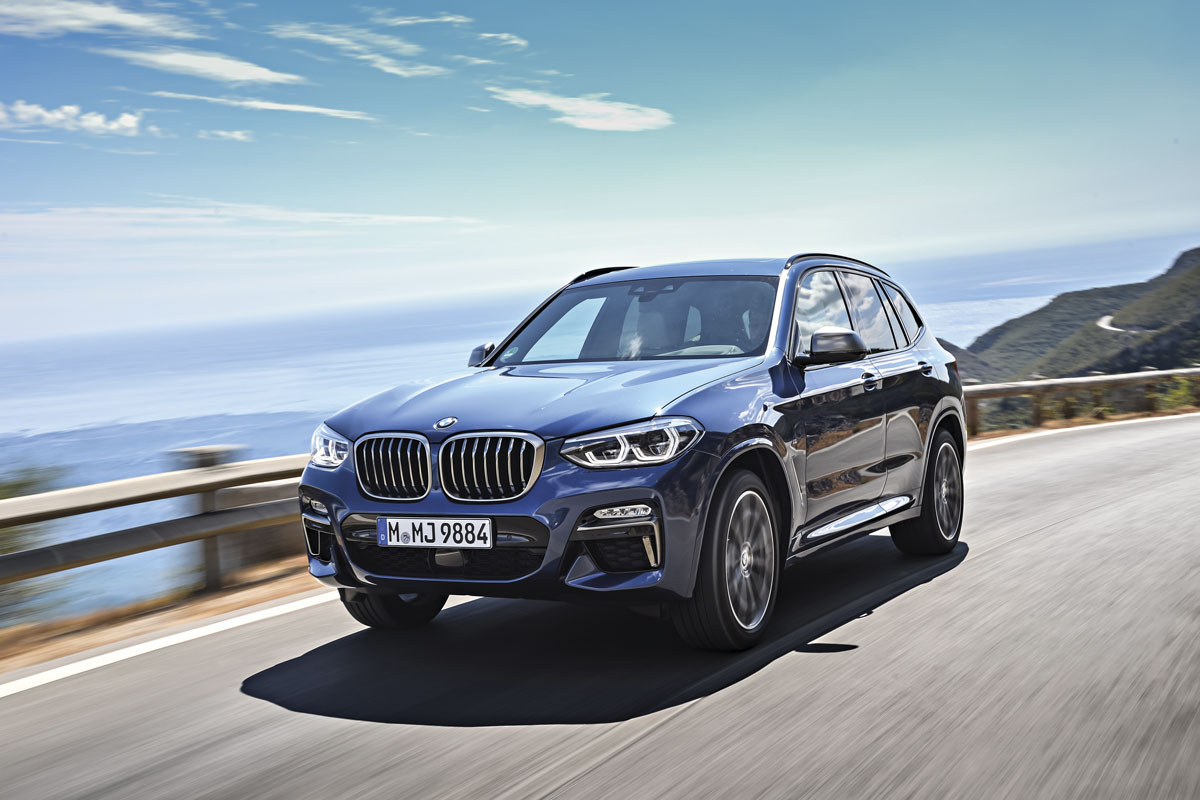 Having played with the paddles, and tried each of the different settings, personally I don’t think the paddles add enough to the driving experience. Once engaged with one, I soon switched back to the sport mode on the auto box, leaving me to concentrate on when to break, where to hit that apex, how hard to accelerate out of that corner. Leave the changing gear to the oh so smooth gearbox.

Having been a rally driver for nearly 20 years, I do enjoy changing gears for the sake of changing gears. There’s a very tactile connection with what the car is doing, but perhaps I’m showing my age here. If I wanted to have that gearbox connection, I’d choose a four, five or even six-manual box, with an H pattern on the floor! I wouldn’t be reaching for a flappy paddle.

True, the X5 and the 330i do sound a little more refined and are a little sharper and smoother than the X3, but they are still all doing the same job. It’s very neat how the heads-up display will also show you the navigation images.

I have been a little cynical of all things “heads-up display”, but I have to admit to being converted! It is so handy to be able to see you speed and the speed limit, just hovering in mid-air above the bonnet.

Having a reminder of how much your fine is going to be, if you get caught, would also be a nice add on. One little idiosyncrasy that I had not come across before – if you wear polarised sunglasses, the heads-up display vanishes! 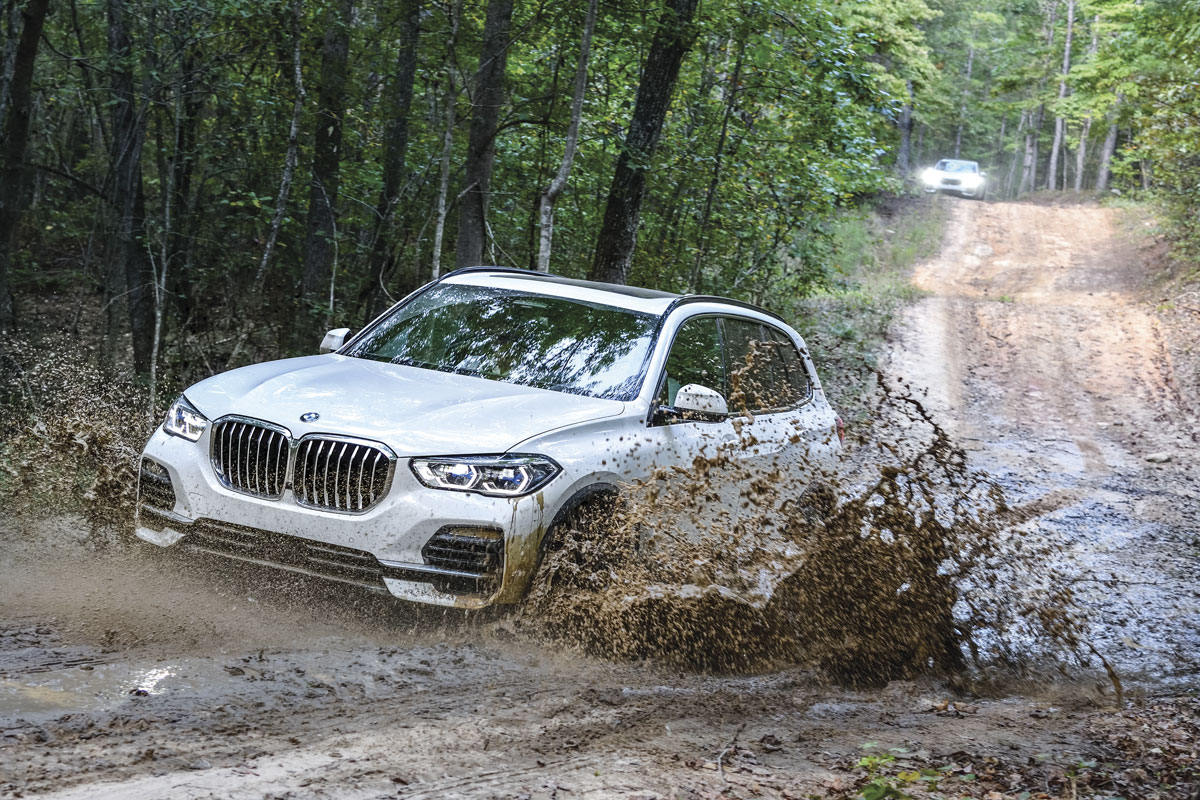 Ok, so you’ve connected your phone, added the proposed destination to the navigation mode and have adjusted the seats, mirrors … now’s the time to drive.

The 330i is a classic sedan, and the X3 and X5 are SUVs (Sports Utility Vehicles). The 330i (Hammond’s) is a very competent normal-sized car with oodles of oomph and performance, particularly in sport mode.

The X5 (Clarkson’s) is the big luxurious SUV and the X3 (May’s) its slightly smaller and slightly less luxurious sibling.

The 330i would win any performance contest between the three, but a race-track would be the only way to test that, rather than a double demerit long weekend.

When walking towards the X5 you just get the impression that this is one big car! Think Prado – a big car. But when you get in, did it just shrink?

It doesn’t seem possible and is certainly not a feeling I get when jumping in my Prado. The X5, well it’s smaller, I swear! It nails the luxury button and is a real pleasure to drive. I couldn’t believe how nimble it feels, how sporty and how non-big car.

Even only having been in the X5 for a few minutes, I felt confident in where I was placing the car and happy to dive into small gaps that I just would not believe from my BMW car yard perception.

Then the next surprise, it’s a diesel. If it had not got diesel written next to the gauge, and at other opportunities, I would have never believed it. 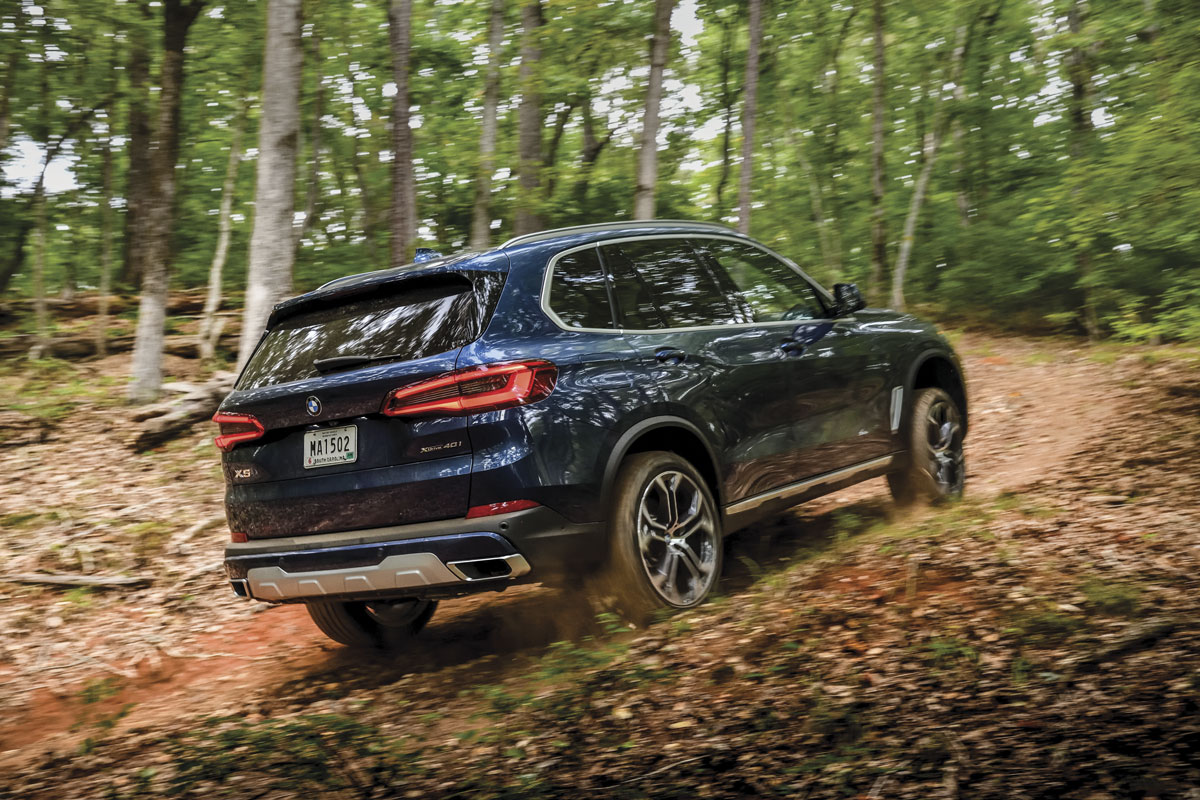 It doesn’t sound like a diesel, smell like a diesel and certainly doesn’t go like one. This is much nearer to a Le Mans 24-hour race car diesel than my lowly 4WD “go over that field”, type diesel. Very impressed and that is a first. I can’t recall the last time that I would have been so well misled!

The X3, while being still very well accomplished, just doesn’t have quite the same level of smoothness and ‘go’ about it. Still a great little (well smaller than an X5) car, but just can’t match its X5 sibling. Of course, there is the small matter of the extra $25,000 that you would need to fork out for the X5 over the X3.

I have one small criticism of the X5. The gear knob looks as if it has come out the top of a crystal-cut glass decanter. It seemed so wrong that I just had to ask our friendly sales rep, why?

Apparently, consumer surveys have come out strongly in favour of it but, it was just far too ‘bling’ for me!

So, Clarkson would have loved the ‘power’ of the X5. It’s surefootedness and deceptive nature of the small-large car. May would have preferred the option of having ‘nearly’ all that the X5 has to offer, in the X3, but admittedly at a slightly lower level, and the option of being able to buy a boat to tow behind it! Hammond would have plumped for the 330i, more of a driver’s car, performance to match, electronic wizardry nearly on par with the X5 and again able to spend time counting the spare dollars.

But, perhaps they are matched to particular medical specialities. I can imagine an orthopaedic surgeon running around in the X5, his anaesthetist rocking up in the 330i and perhaps the occasional GP assisting in surgery, having the X3 – sensible, practical and still a great little car.

I must be slowly coming around the idea of what SUVs are all about. My dearly beloved Prado does just seem a bit agricultural in comparison.

For me…. if (or when) I am in the market, it would be for a desire to have that little extra luxury, that understated performance, but still be able to tow the rally car if the need arose.

It would have to be the X5, but can someone please distract my wife, while I write the cheque…

ED The cars for this review were courtesy of Victoria Park BMW dealership, Auto Classic.