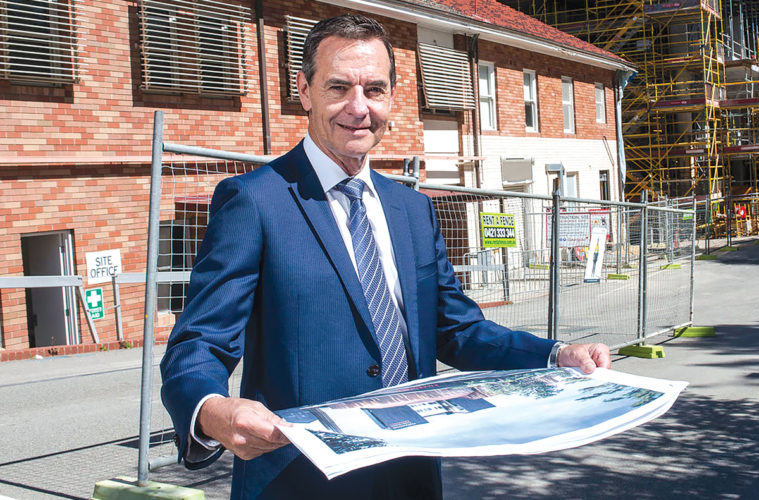 The rise of private EDs

Patient demand for private hospital emergency care is surging in Perth, as the number of beds is set to more than double.

Perth’s emergency medical care landscape will be reshaped over the next 12 months, and new figures suggest plans to open up more private capacity is on the money.

With 24-hour emergency departments due to open at Hollywood Private Hospital and St John of God Subiaco Hospital, the number of private ED beds will be boosted by more than 60%, increasing from 20 to 54.

Figures obtained exclusively by Medical Forum show there is already strong appetite in the community to bypass the overloaded public hospital system and use private EDs, even with a non-refundable fee of about $200.

It comes as Perth’s public EDs, despite having relatively low rates of respiratory infections as a welcome by-product of COVID-19 precautions, struggle to see even the most seriously ill patients within recommended times, causing record ambulance ramping.

St John of God Murdoch Hospital – currently the only operator of a 24/7 privately-run ED – treated more patients last year compared to 2019, despite being plunged into four months of low activity because of the pandemic.

The last four months of 2020 was its busiest on record. In December, the ED saw an average of 77 patients a day and broke its daily record for the highest number of patients treated, seeing 109 patients in one day. Murdoch ED’s director of emergency medicine Dr Jason Fitch told Medical Forum that, so far this year, the number of presentations was even higher than last year, averaging 68 a day.

“When Fiona Stanley Hospital opened, we experienced a drop off in presentations to our ED, however, we are currently exceeding pre-FSH presentation numbers,” Dr Fitch said.

Patients pay a $195 attendance fee and there can be other fees for imaging and pathology but the hospital says it is trying to reduce the costs by placing price caps on those services.

Dr Fitch said many of the patients who used the Murdoch ED were “repeat customers” who used it as their preferred provider of emergency medical care.

Dr Fitch said he expected minimal impact on patient numbers once the new EDs opened in Nedlands and Subiaco, given 80% of Murdoch’s cases came from the local area.

After a bumpy 12 months because of the COVID-triggered downturn in elective surgery, private hospitals now believe offering emergency care is part of their road to recovery. They argue the time is right for more private EDs, with more patients keen to avoid lengthy waiting times for treatment at public hospitals.

Construction has already begun on Hollywood Private Hospital’s $67 million ED, which is expected to open in mid-October this year. The 14-bed facility will have a resuscitation room, plaster/treatment room, consultation spaces and three 30-bed wards to accommodate emergency patient admissions.

SJG Subiaco Hospital’s 20-bed ED will open at the end of the year or early in 2022 and is expected to initially open 12 beds before scaling up as demand increases.

Both hospitals expect to charge a similar fee to that billed by SJG Murdoch – about $200. 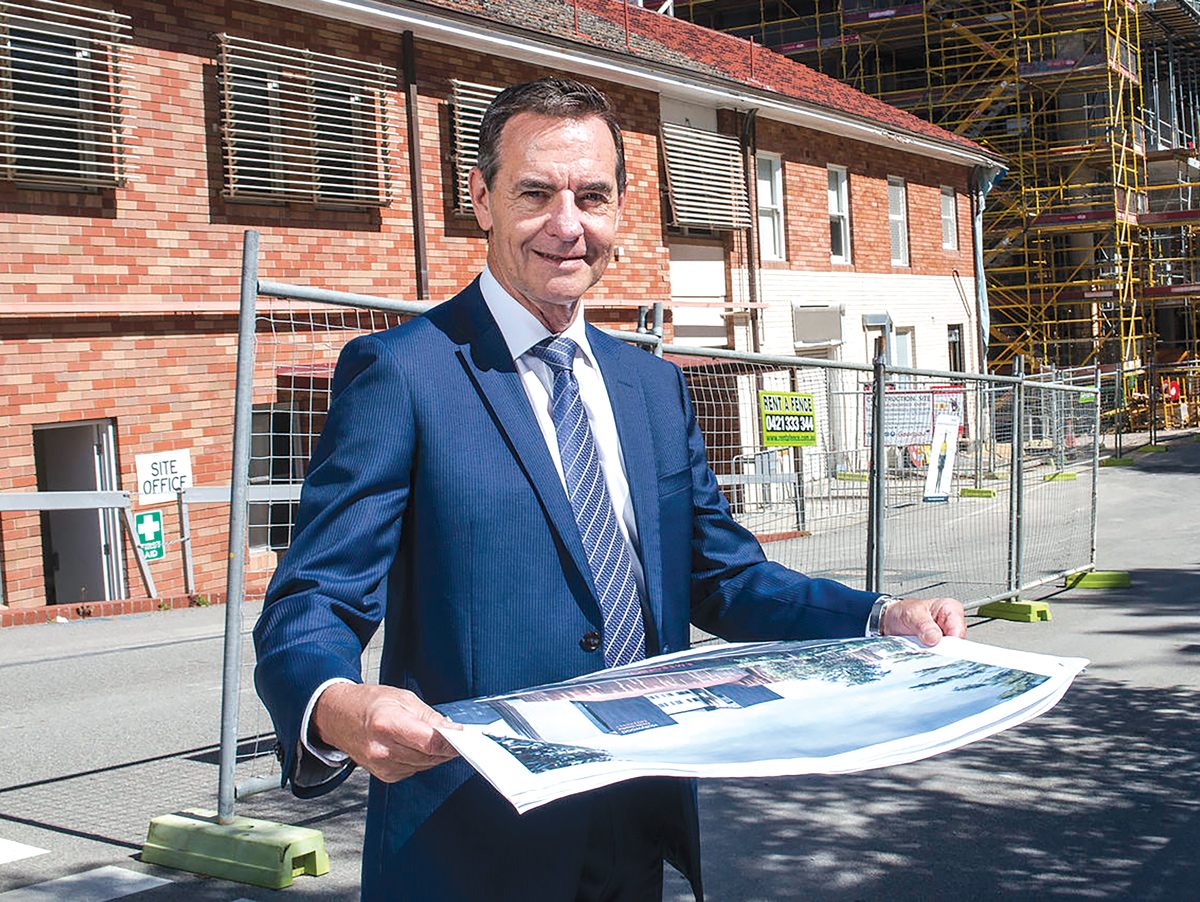 Hollywood’s CEO Peter Mott said primarily it was about offering a purpose-built private emergency service north of the river. Mr Mott, who is vice president of the Australian Private Hospitals Association, is confident three private EDs are viable in Perth, including two in the western suburbs.

“We know that with an increase in, and the ageing of, the population, the demand for emergency care is increasing and will continue to do so,” he said.

“Compared to most other states, in WA we are under-represented in private emergency departments, so we’re confident that based on our approach to timely patient care, our ED will be well utilised by people north of the river in Perth.” SJG Hospital Subiaco CEO Professor Shirley Bowen agrees, citing cities such as Adelaide and Brisbane which have more than one private ED.

“With the ageing of the population, even just in the catchment of Nedlands, Subiaco and other western suburbs, I think (there is enough work for two units),” she said.

It is no secret that the attraction of opening private EDs is not necessarily the units themselves –which are often barely financially sustainable – but rather the flow-on effect to the whole hospital in terms of increased inpatient admissions, testing and surgery.

As one hospital insider said, private EDs create a “captive and financially lucrative pool of patients”.

At Murdoch, about 40% of patients who come through the doors of the ED end up being admitted to the main hospital or its short-stay unit.

Mr Mott said based on modelling of other Ramsay hospital EDs on the east coast, Hollywood was planning for the expected influx of patients from the ED into the hospital.

“To accommodate that anticipated demand we are building an additional 90 inpatient beds over three wards immediately above the ED, which will be commissioned as part of a staged approach to meet the needs of the ED,” he said.

“Patients who choose the Hollywood ED will have access to timely care overseen by an emergency trained physician and in the event the patient requires admission to hospital, Hollywood has more than 200 regularly admitting specialists in a variety of specialties.”

Professor Bowen said the main reason for the Subiaco hospital going into emergency care was because it was what its patients now expected.

“The rise of the private ED in Perth is because patients with private health insurance now want an end-to-end journey – they don’t want a bit in public and a bit in private,” she said. “We’ve become more than just places to have elective surgery.”

“With the ageing of the population, we’re seeing people who have been to us for surgery before who then become people with cardiac concerns or cancer, so they want to come here.

“Most of our consultants work across public and private hospitals but there are still limited records in the middle of the night, so that means patients are being asked what type of cancer they have, what treatment have they had, so it can be very hard for them.

“We have a massive oncology service, and those patients can become ill any time of the day or night, and at present, without us having an emergency department, if they phone for an ambulance at 2am they’ll end up in a public hospital.

“We think it will be so much better to be able to provide that emergency service here.”

Similarly, with unexpected complications after surgery, she said it made sense for the hospital to be able to take back patients easily at any time of the day.

Private hospitals have undoubtedly needed to get on the front foot in WA, after a five-year-long infrastructure spending spree across the public hospital system, courtesy of successive state and federal governments.

A recent national report published in Health Expectations highlighted that positive attitudes to public hospitals had risen significantly, with a 2018 survey finding that Australians were mostly satisfied with the system, although the need for more doctors, nurses and other health workers remained a major concern.

Conversely, a report by the Melbourne Institute of Applied Economic and Social Research found that formerly strong growth in the use of private hospitals had eased, with this shift compounded by the drop off in elective surgery last year because of the pandemic.

While national data released last month suggests some recovery, with the number of patients seeking care in private hospitals beginning to bounce back, administrators know they need to be offering a bigger point of difference to the public hospital experience.

Professor Bowen said the physical amenity offered in public hospitals such as Fiona Stanley, Midland and Joondalup was of a very high standard so private hospitals had to “renew and refresh”.

“But a building doesn’t make good health care, it’s the people, the timeliness of the service and we think that’s what we can give people,” she said.

“If you look at the waiting times at Sir Charles Gairdner Hospital, and the people who go to Royal Perth, and you look at how busy Joondalup is, this is a large catchment and there’s enough work for all of us.”

Avoiding long waiting times at public EDs – either ramped on ambulance trolleys or just waiting to be seen by a doctor – is a major advantage drummed home by private hospital EDs. This is especially so when Perth is experiencing record ambulance ramping times – the term used when hospitals take longer than 30 minutes to take over the care of patients from paramedics.

So far this year, ambulances have been ramped outside Perth public hospitals for an average of 728 hours a week, compared to the weekly average in recent years of 465 hours.

Professor Bowen said patients in private EDs could expect more timely treatment and more choice for consultant-led care: “It’s a senior doctor seeing you, not an intern, and you have faster service and better access to tests like MRIs, and hopefully wrapped around with our culture of service and compassion as well,” she said.

While no one disputes public hospitals mostly provide high quality emergency care, private EDs also have another benefit which is less about medical treatment and more about the experience.

They are far less likely to have the aggressive, drunk and drug-affected patients and visitors, which are now a routine part of life for the big public tertiary sites, often requiring a significant security guard presence.

“The experience in a public emergency department is potentially chaotic and there are a lot of drug-related injuries and issues presenting, and the reality is that can be quite unpleasant for people who are unwell, particularly older people,” Professor Bowen said. 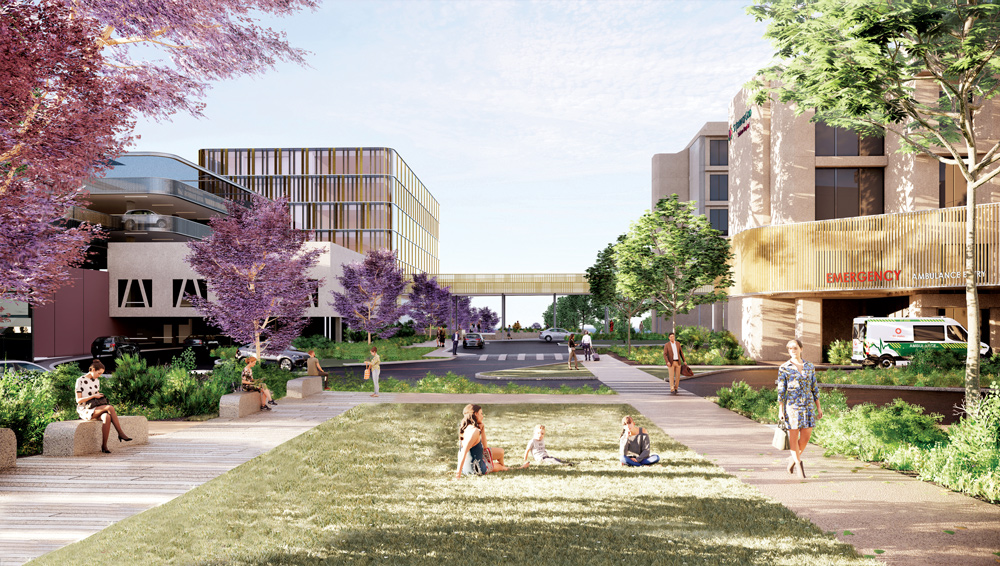 An artist’s impression of the planned ED at Subiaco

“We are liaising with Sir Charles Gairdner Hospital and St John Ambulance to ensure that we can work together as part of the health care system’s emergency capability and hopefully take some of the pressure off public hospital EDs,” he said.

Professor Bowen said a survey of its doctors showed that many younger consultants and those involved in emergency, trauma, orthopaedics and other specialties were keen to have the ED.

“I think our doctors can see that people with private insurance don’t want a segmented experience, so they’ve really come on board with the concept in the last couple of years, and they realise it’s time,”
she said.

“It’s about providing high level inpatient care all the time and providing complex care to complex patients.  Private health insurance is expensive, especially when times are tough, so people really want value for money, and emergency care is something we should be offering.”