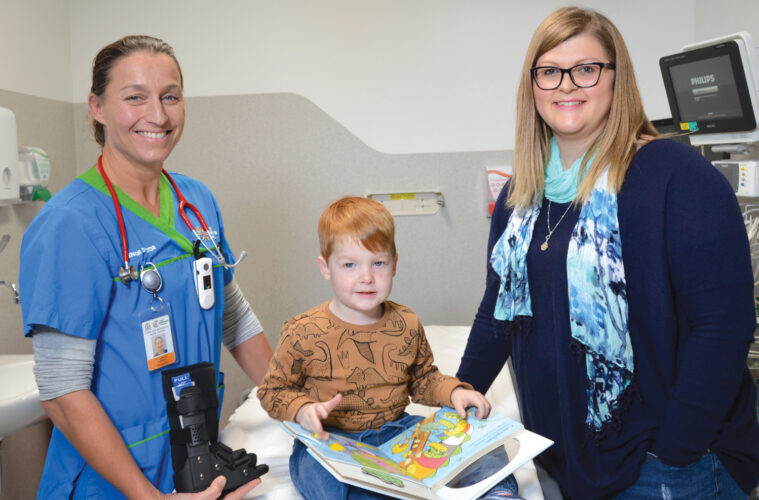 These boots are made for walking

Until now, treating young children with lower leg fractures presenting at Perth Children’s Hospital inevitably meant a full-leg plaster cast, much to the dismay of parents. 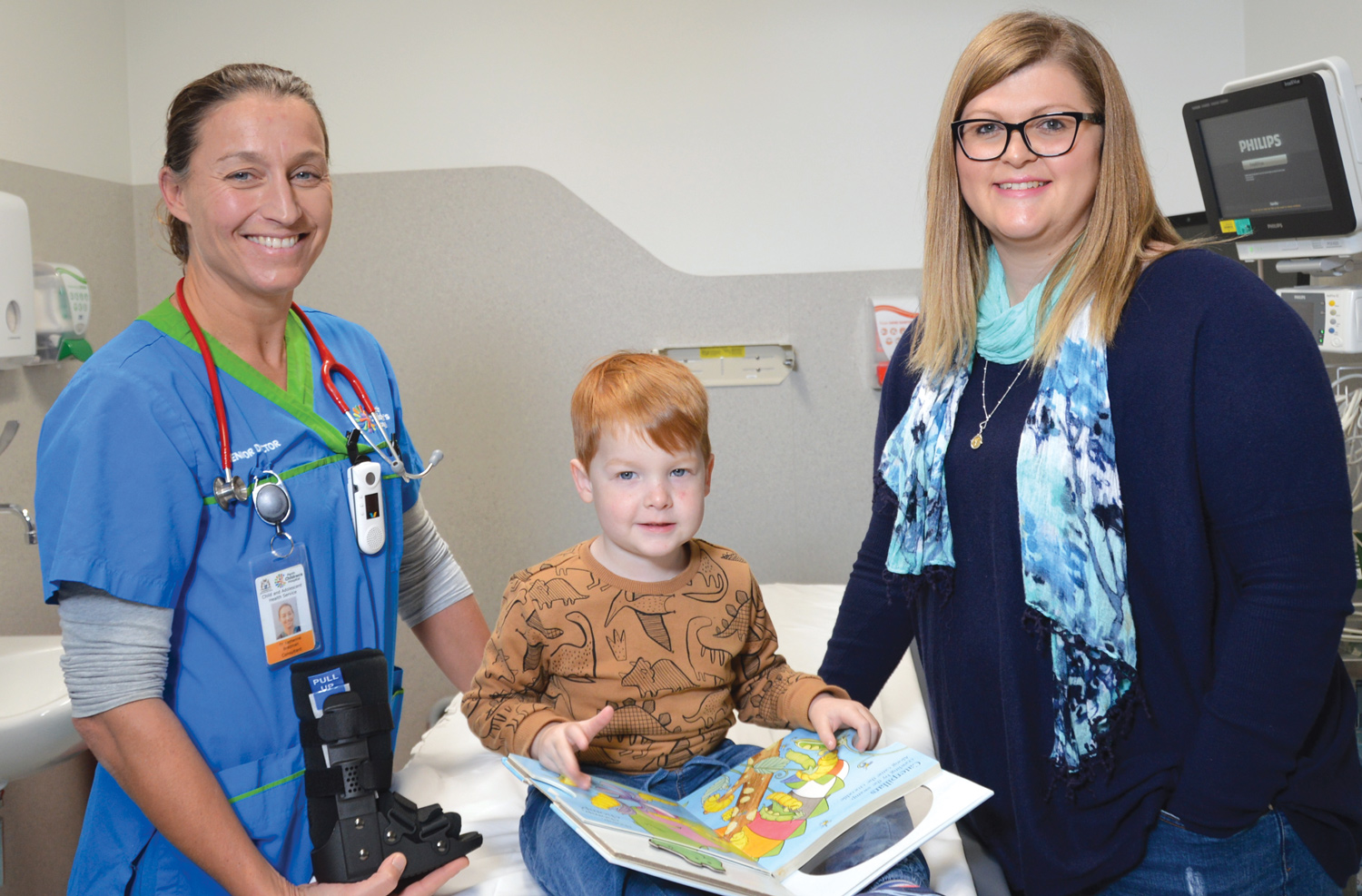 Dr Kate Bradman with Leo and his mother Jodie Bowles

But a recent study by PCH’s emergency department has found that a far less unwieldy and inconvenient remedy – a walking boot – can be just as effective in the healing process in toddlers.

Lead researcher and paediatric emergency consultant Dr Kate Bradman said the study has resulted in a new practice at PCH, which was making life far easier for parents managing this injury.

All children aged between one and five years who present to the ED with a toddler’s fracture – a twisting injury which causes the child to stop weight bearing – are now treated with the CAM boot instead of the full-leg plaster.

“The CAM boots are far easier for both parents and toddlers to manage, particularly with negotiating car seats and highchairs, and they can be adjusted and removed for bathing, dressing and toileting,” Dr Bradman said.

She said that witnessing friends and patients manage the difficulties of a young child in a leg plaster prompted her to question whether an injury would heal just as effectively if it was immobilised in a below knee walking boot instead of a plaster.

More than 80 parents took part in the trial which tracked fracture healing, pain and interaction with daily activities when the fracture was treated with a plaster cast instead of a CAM boot.

Jodie Bowles was one of the trial participants, who managed a plaster cast for her one-year-old son Leo following an accident. Leo’s plaster was recast on seven occasions within a month due to breaks in the plaster.

“I’m delighted we participated in this study, which has had an amazing outcome,” Ms Bowles said.

“It’s fantastic to know other toddlers with a similar fracture to Leo’s no longer have to endure the pain and stress of plaster.”

Dr Bradman said she was pleased the outcome of her study had resulted in a change in practice at PCH ED that benefited parents and toddlers with this type of injury.

“I had never been interested in leading my own research project until I commenced work at PCH, but I was inspired by the prospect of creating positive change through this project,” Dr Bradman said.

The study was run in partnership with the Orthopaedics Department and was funded through a grant from the Perth Children’s Hospital Foundation.

Perth Children’s Hospital Foundation CEO Carrick Robinson said the research was making a real-world difference for children and their families.

“The impact a fracture can have on the day-to-day activities of a young child can be difficult to navigate for the whole family,” Mr Robinson said. “This research is not only improving lives for these families in the everyday but is improving long-term outcomes for these children.”