This is how you please a woman 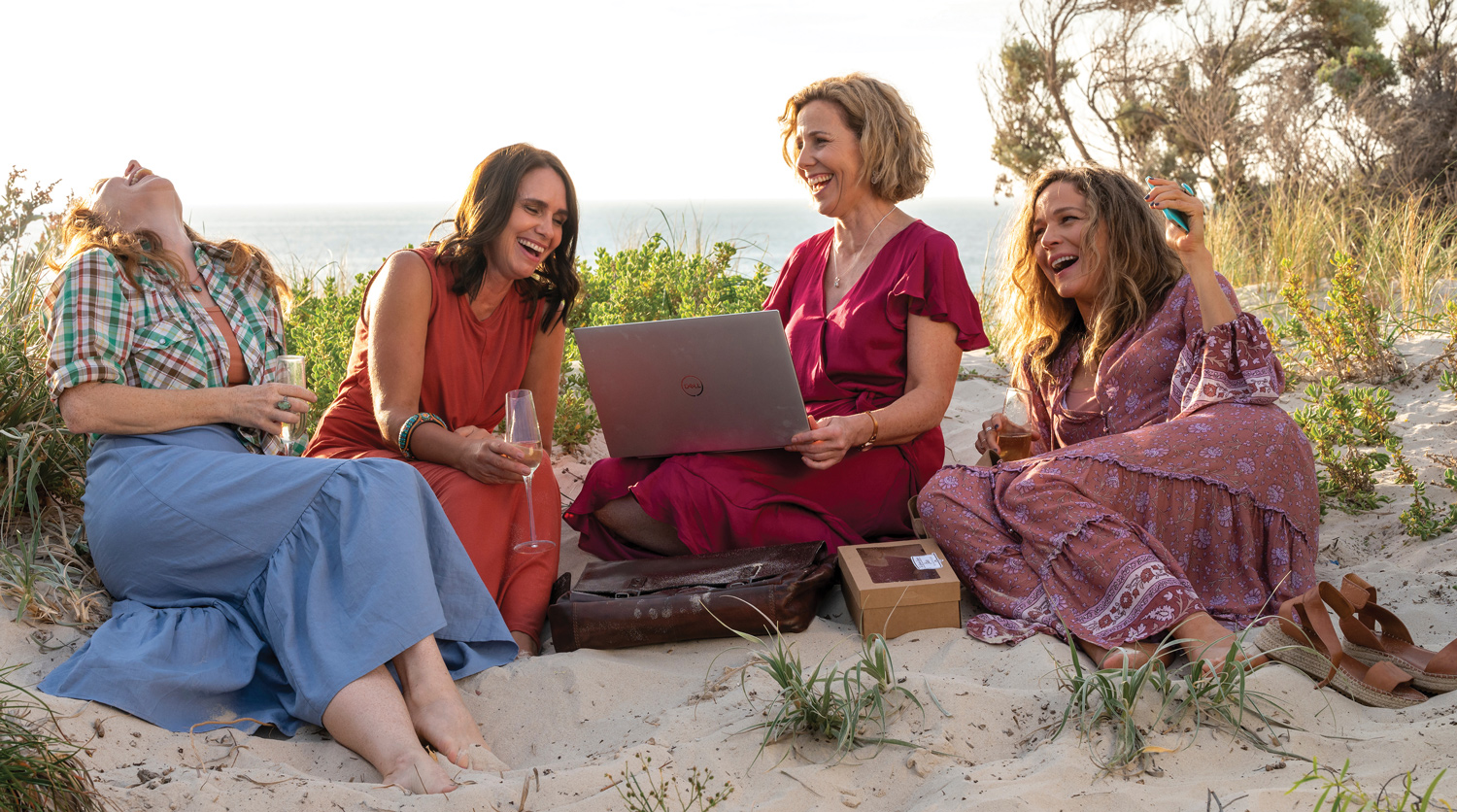 A woman unexpectedly starts a new business which opens a Pandora’s box of pleasure in the locally filmed movie, How to Please a Woman.

A love letter to women and female friendships is how actor Caroline Brazier describes her latest movie, which was shot in Fremantle.

How to Please a Woman is a funny and heart-warming liberation story for women who have been afraid to ask for what they want – at home, at work and in the bedroom. It’s also a revealing journey into the vulnerable world of what women really want and how hard it can be to get it right.

“Obviously, the cleaning must be effective and there must be a minimum of one orgasm,” says Gina (played by Sally Phillips) in the film’s trailer when talking to the well-built moving guys who become housecleaners in her new business, Pleased to Move You.

In the hands of director Renee Webster in her debut feature film, How to Please a Woman is a lovely balance of humour and tenderness that reflects what women of a certain age – or possibly any age – experience when good sex, caring sex or even respectful sex is absent from their lives.

Alongside Phillips in the lead role and Brazier as a close friend, it also stars well-known faces in Erik Thomson, Cameron Daddo, Alexander England, Hayley McElhinney and Tasma Walton.

The film has had a limited release at various summer film festivals but hits cinemas in May and Brazier says it has already struck a chord with people because of its sensitive and honest exploration of pleasure in a group of 50-something women.

Known for roles in shows such as Packed to the Rafters, Rake and Tidelands, Brazier plays Sandra, one of the close friends who supports Gina in her new venture. The four women meet regularly to swim at Leighton Beach and numerous scenes are filmed inside the changerooms where the characters gossip and women hear about Gina’s unexpected business.

“We haven’t given up on sex and we’re sick of cleaning the house,” says one. “There are a lot of women who like the idea of a man cleaning their house,” says another as Gina’s ocean-swimming community respond immediately to her business.

“There’s a notion of how much pleasure you are allowed to have at a certain age and how mean we are to ourselves about it,” says Brazier.

“While it’s a film about sex, it feels more about life and sex is the scaffolding which offers the characters a place to find their voice, learn how to breathe, speak and take-up space and feel how they are entitled to.

“It’s also about sexual pleasure but it is never feels sleazy. I feel like there’s so much stuff underlying the movie, so many themes and ideas worthy of discussion.”

Brought back to her hometown of Perth because of the pandemic, Brazier has kept busy professionally with this film and a number of other projects and most recently being seen in Perth Festival’s Mary Stuart with American transplant Kate Walsh (Emily in Paris and The Umbrella Academy).

With shooting happening in Fremantle and at Leighton, Brazier says it was a joy to be able to do a film where the set was only a long song drive from home. Being close to the beach and having a large number of women as part of the cast and crew also made for a wonderful experience.

How to Please a Woman is in cinemas from May 19.

We have five double passes to give away. Enter Competitions here.