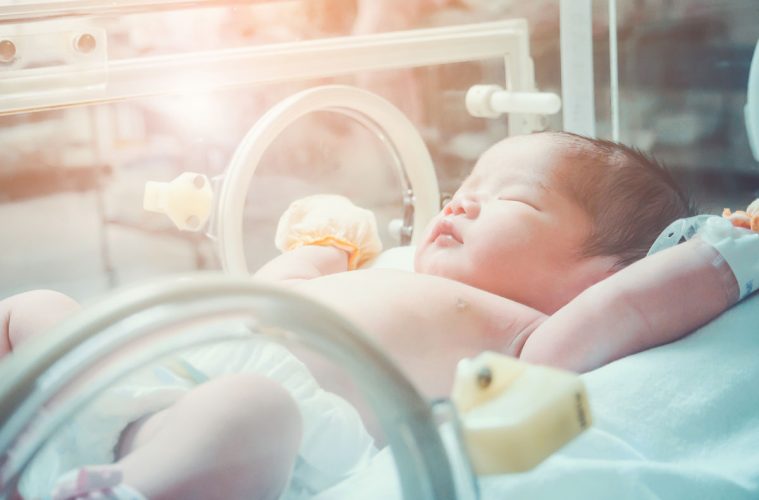 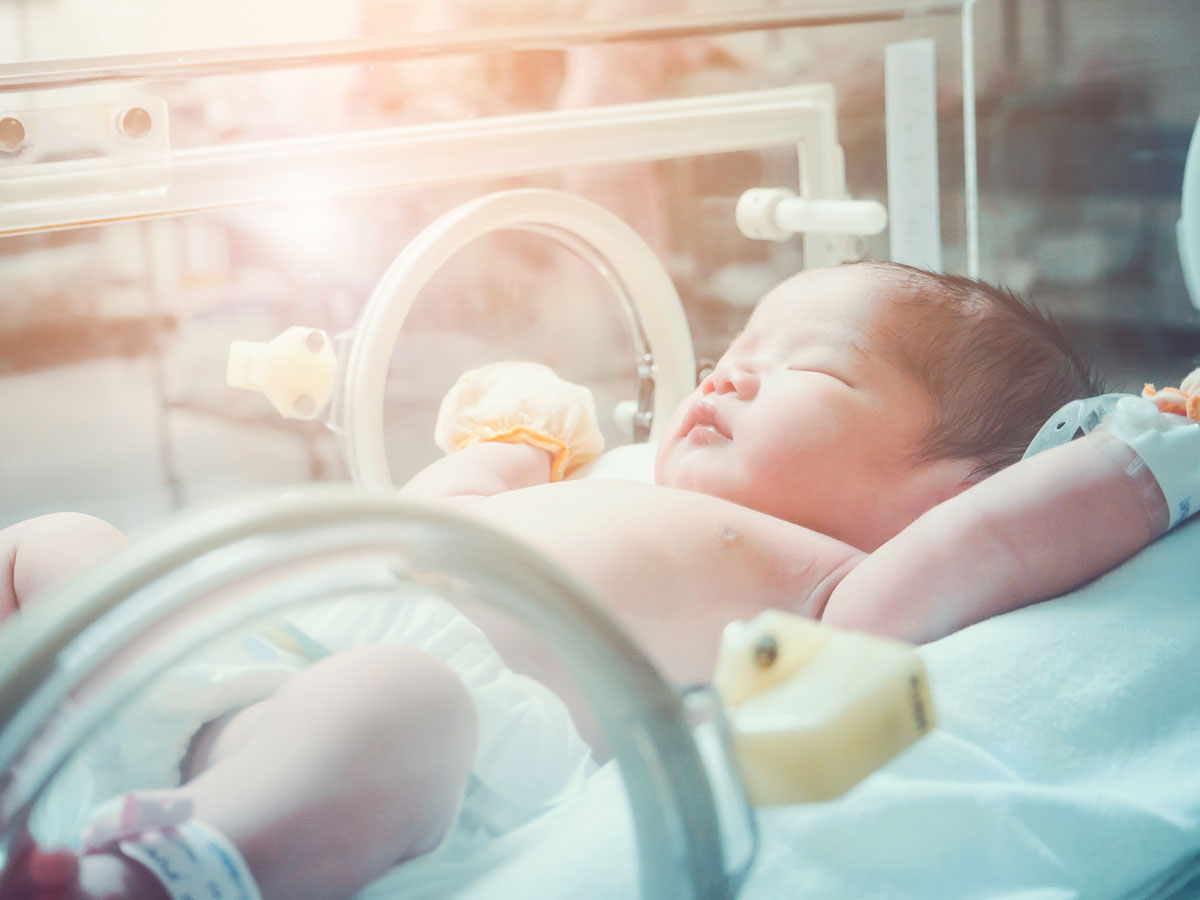 Professor John Newnham’s lifetime work to prevent preterm births has been recognised with the 2020 Senior Australian of the Year award. it will see John travel the country talking to groups about the work of the Women’s & Infant Research Foundation and the breakthroughs it has made to benefit women and their babies into the future.

Also honoured was esteemed and beloved regional cardiologist Dr Tony Mylius with an AM in the general division for his “significant service to community health, and to cardiology”.

Mrs Daliah MOSS, of Broome, was also awarded an AM for her service to international eye health programs, and to professional organisations.

With the state’s increasing involvement and development of precision medicine and the expanding field of ‘-omics’, the WA Health Translation Network (WAHTN) is forming a Biobank Steering Committee to help consolidate and coordinate the state’s numerous biobanks. As a result of a survey of its member groups, it is also looking to create a virtual biobank by using the Open Specimen software which has been successfully trialled at the Telethon Kids Institute’s Origins project. Firstly, though, it wants to create a register of the current biobanks.

AIHW’s potentially preventable hospitalisations report, released last month, shows a significant number of ED presentations (1 in 15) could have been avoided if a GP had seen the patient first. State health ministers have been demanding the federal minister Greg Hunt increase funding for GP care to alleviate the ED crush. Apparently, the discussion between the ministers took place late last year when they were all gathered to discuss the five-year National Health Reform Agreement. While Mr Hunt was a no-show, health ministers laid the blame firmly at the feet of the Feds and poor Medicare funding. As Medical Forum reported a while back, research funded by the state government and conducted by UWA’s A/Prof Alistair Vickery and Dr David Whyatt demonstrated there were a significant number of potential ED diversions to GPs. Following on from that local research, the state has funded a GP urgent care pilot, which seeks to put something tangible in front of consumers. The pilot is still active and data will be coming through in the next couple of months or so. The first cohort of medical students from the newly-opened Curtin University Midland Campus have begun their placement at St John of God Midland Public and Private Hospitals (SJGMPPH). There are 18 fourth years students this year, with the number expected to grow in ensuing years. Acting Dean Professor Sally Sandover said many of the SJH staff have taught the students on campus over the first three years of their course. “Learning in the clinical setting is an exciting progression for the students and a wonderful opportunity to learn from dedicated staff,” Professor Sandover said. Midland CEO Michael Hogan said he hoped that once the medical students completed their studies, many would return to continue their career at the hospital.

Recently updated infant feeding guidelines have had a clear impact on Australian parents, with a new study showing that 86.2% of 12-month-olds had been introduced to peanut-including foods and other potential allergens. The research, published in the MJA, was led by Dr Michael O’Sullivan, a consultant immunologist at Perth Children’s Hospital and UWA, Sandra Vale, National Allergy Strategy Manager and UWA PhD student, and Dr Alan Leeb, a Perth GP and developer of the SmartVax app which helps gauge food allergy. The guidelines, which came into effect in January 2019, recommend the introduction of common food allergens (ie, peanut and egg) in the first year of life, regardless of their allergy risk factors. The researchers set out to estimate the proportion of infants who reacted, using the SmartStartAllergy SMS protocol and an online questionnaire. “At 12 months of age, 1673 of 1940 infants had eaten peanut-including foods (86.2%); 235 of 1831 parents (12.8%) reported food-related reactions,” the report said. “Questionnaire responses indicated that dairy was the food type most frequently reported to cause a food-related reaction (72 of 835 exposed infants, 8.6%); peanut-related reactions were reported for 20 of 764 exposed children (2.6%). Ninety-seven of 250 parent-reported reactions to food (39%) did not include symptoms that suggested an IgE-mediated allergic reaction.” Planning approval for a private emergency department at Hollywood Private Hospital has been granted, with work expected to start this month. The new $67.1 million, 14-bed ED will have a resuscitation room, plaster/treatment room, consultation rooms and three 30-bed wards to accommodate emergency patient admissions. It is the second private emergency department for Perth, and the first north of the Swan River, though Ramsay Health Care’s 11th nationally. CEO Peter Mott said it was anticipated that the Hollywood ED would see cardiac patients, sports or surgical injury, and the elderly with medical conditions. The ED was the final stage of a $200 million five-year building project and was expected to open late in 2021.

The state government will legislate to establish 150m safe access zones around premises that provide abortion services in WA. The legislation would bring WA into line with all other Australian jurisdictions, apart from South Australia, whose parliament also has similar legislation currently before it. The proposed bill was preceded by a consultation process which received 4000 submissions from the public and from more than 40 public and private organisations. Seventy per cent of respondents supported the introduction of safe access zones. It is proposed the zones will operate around the clock, seven days-a-week. The legislation was expected to be introduced into parliament later this year and will set out behaviours prohibited in a safe access zone, such as harassment, intimidation and obstruction, as well as penalties for non-compliance.

The WA Department of Communities will review the eligibility criteria for the ACROD parking program. The National Disability Services WA, which manages the program, welcomed the initiative which it said would ensure accessible parking bays were available for those who needed them most. Currently nearly 90,000 West Australians with a severe walking restriction have ACROD parking permits. The review will examine the potential to expand the program’s eligibility criteria to include people with guide dogs, and investigate ways of working with private property owners, such as shopping centres, to limit the misuse of ACROD bays. NDS WA state manager Julie Waylen said while the demand for accessible bays often outstripped supply, there was a need for stronger monitoring and fines enforcement. She added NDS WA would continue to call for an increase in the number of bays as specified in the Building Code of Australia. ACROD permit holders and other people with disability are encouraged to participate in the review via access@dsc.wa.gov.au or phone 9440 2251.

More West Australians have been made aware of advance care planning as a result of an Australia-first awareness campaign, “You Only Die Once”, developed and managed by Palliative Care WA. The campaign was delivered between August and October, during the passage of the Voluntary Assisted Dying legislation last year. The WA Parliament Joint Select Committee on End of Life Choices had identified that only 7% of the WA community had completed any form of Advance Care Plan to address their end of life wishes. A comparison of pre- and post-campaign survey results indicated a 60% increase in awareness of Advance Care Planning. In addition, more than 6000 people had visited the campaign website for more information over the period of the campaign. Palliative Care WA CEO Lana Glogowski said the response proved that not only was the concept effective but there was also an appetite for the topic.