Ten years ago, Claire Murray, a 24-year-old young mother of two, died in a Singapore hospital from complications of a live liver transplant after a decade of battling the effects of childhood trauma from sexual abuse and bullying that led to homelessness and drug use.

The tragedy is that Claire’s story was not widely known at the time she became headline bait for local media, simply because no one asked the most fundamental of questions, why.

Why did a happy young girl’s school life alter so terribly?

Why did the health system fail her on multiple occasions from the time her parents started seeking help for her depression when she was just 12 years old? 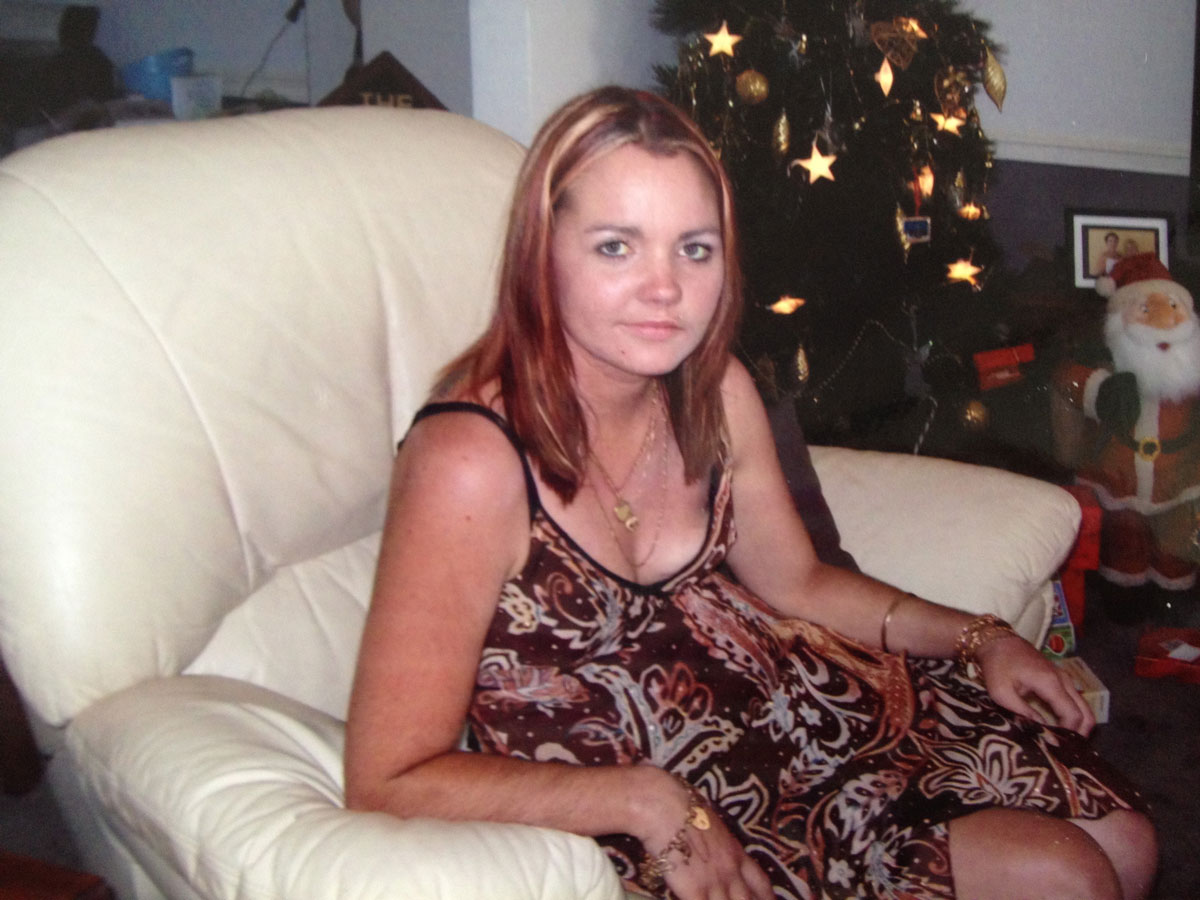 Why did a television station ask viewers of its nightly news bulletin in a phone poll if Claire, whose liver transplant had failed because of blood clots, should receive further treatment or left to die?

A documentary, Wild Butterfly, aims to address some of these questions while tackling head on the issues of community responses to childhood trauma, bullying and stigmatisation of drug users.

Claire’s parents, Michael and Val Murray, promised their daughter that her full story would be told to encourage change in the way our society handles these issues and alter their destructive consequences.

The documentary has been almost a decade in the making by filmmaker and psychotherapist Shireen Narayanan. It began when the former director, now a lead researcher, at Curtin University’s National Drug Research Institute, Professor Steve Allsop, put her in touch with the Murrays.

“When I first met the Murrays, it was less than a year since Claire had passed away and the family were very vulnerable, grieving and traumatised, not only by Claire’s death, but what had played out so brutally in mainstream and social media,” Shireen said.

The film was, as Shireen describes, “an eight-year marathon production” for her team.

“This process involved a lot of investigative journalism and the more pieces of the puzzle we put together, the more we realised how Claire’s story is integral to a much bigger story,” she said.

“We were compelled to not only tell the story, but it needed to be part of a project that would make a difference. That has led to the development of a social impact campaign. So, we began developing campaign objectives and, in that process, gathering a group of multi-disciplinary experts across the sectors – from child and adolescent mental health, alcohol and other drugs, media, medicine, social work, psychology and education.”

Finance for films is always difficult, however, this campaign, with ambassadors such as adolescent mental health expert Professor Patrick McGorry and Blue Knot Foundation president Dr Cathy Kezelman (an Australian Centre for Excellence in complex trauma), drew a different pool of potential funders.

The union movement was supportive of the project and became its major backer.

“Wild Butterfly is a universal story and the unions understood that what happened to Claire could have happened to their sons or their daughters, their mothers, their fathers, friends, colleagues,” Shireen said.

“They were not in any way deterred by the fact that while the film deals with what I call the trifecta of stigmas – sexual abuse, mental health and drug use – and the film’s themes of fairness and social justice speak to the heart of the union movement.

“They not only wanted justice for Claire, they wanted to raise awareness of discrimination and violence, about standing up for humanity and equality, and they also wanted to see the perpetrator of Claire’s sexual abuse brought to justice.”

For Professor Steve Allsop, Claire’s story became personal when he discovered that he was an acquaintance of her father Michael. Before the men talked at length, Steve’s knowledge of Claire’s story was what the media was saying and writing and he was appalled.

The full story horrified him even more.

“I was initially cautious about Michael’s proposal because I had seen how badly Claire and her whole family were treated, and I thought that they could be persecuted and devastated again. It’s still a hell of a risk for this family,” he said. 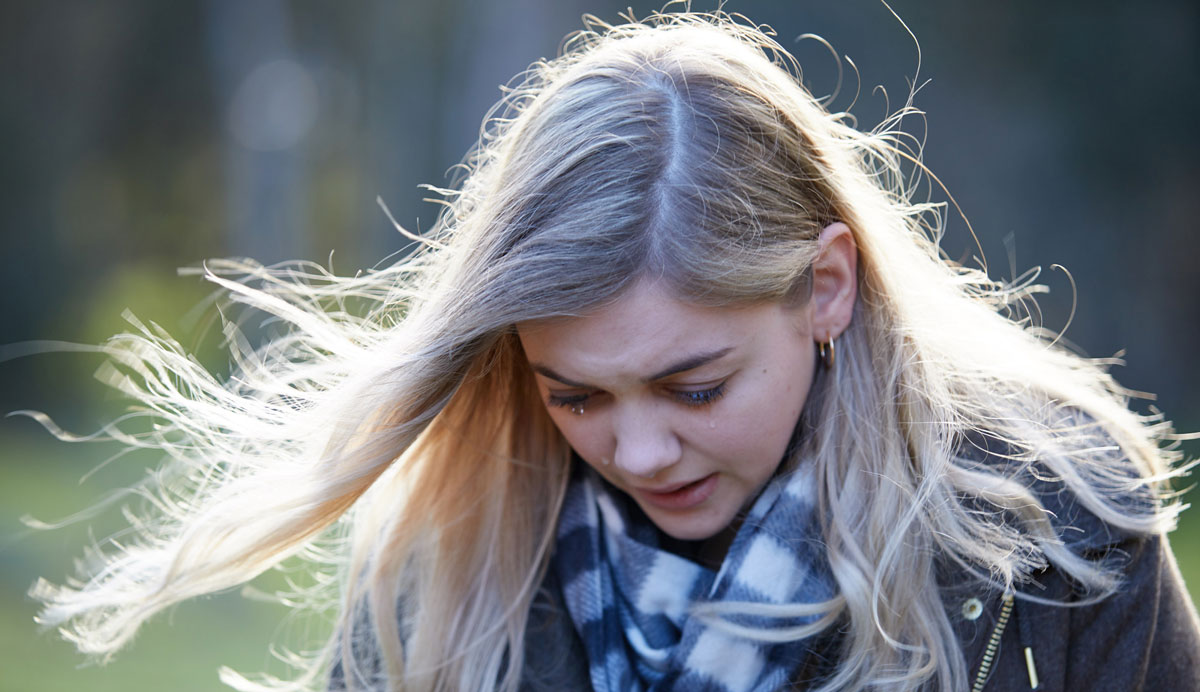 “But they were determined, so I put them in touch with Shireen, who I know and trust.”

Steve’s working life has given him a deep understanding of the stigma and discrimination of drug use and users.

“The lack of understanding of them as human beings is the single biggest issue we have to address. And because of the stigma and discrimination, vulnerable people refuse to see themselves as being at risk and that gets in the way of effective prevention and treatment,” he said.

“Governments are also less inclined to put money into those sorts of issues. Historically, that’s been the case, notwithstanding significant improvements in federal and state funding over the years.

“Then, of course, when people do reach out for help, they don’t always get the help they deserve.

“A physician I worked alongside on an advisory group about pharmacotherapy came out with something that has really stuck with me. When we were looking at what seemed to be a roadblock for outcomes, he piped up: ‘It’s not rocket science. It’s not that hard. Doctors do all sorts of complex things. It’s just that they don’t like doing them very much’.

“Half my time is trying to persuade people to give a damn and not jump to conclusions. I guess it shows in this documentary that people, not just medical practitioners, but the community generally, jumped to conclusions about what Claire’s drug use was about and what caused her medical problems. And often people don’t look beyond the drug use.

“It’s not true to say that everyone who uses drugs has got some trauma in their lives, but those who have the greatest need, those who end up in our drug treatment services, do have a multitude of problems. By just saying to them, ‘stop doing it’, not only fails to understand the problem, it can make things worse.

“Drug use in this case is intimately caught up with sexual abuse, so what does that knowledge do to your judgment now? That’s what the film draws our attention to – not to judge until you know the full story and neither let your judgment get in the way of good clinical diagnosis.

“And neither should we allow the media to sensationalise people’s stories.”

Steve said improved communication in the health sector was vital.

“In Claire’s story there were a lot of failures along the way, like a lack of follow-up between services. Even a communication between professionals ‘Did you get that message? Everything okay?’ That may take time but it takes less time that having to keep re-admitting patients.”

He said there was now a better connection between medical and health services; primary health care and drug and alcohol services; and vice versa, as well as significant improvements in access to services.

In terms of the media coverage of the small proportion of Claire’s story, Steve says:

“And the other issue is, would you like your daughter, your son, your friends to be treated this way?

“I think it’s changing. Senior people in the media are beginning to realise they need to be talking about these issues differently.”

Steve’s hope the film will raise the community’s consciousness around stigmatisation and discrimination.

“We denigrate people who are affected by drugs as lesser human beings. And that’s not to say we shouldn’t hold people accountable for bad and unacceptable behaviour, but we must try to understand what their drug use is about.

“That should lead to better integrated treatment services. Governments are putting more in but it is just the start of the journey.

“We’re not about pointing fingers. We’re want this film to strengthen the conversation and understanding of trauma and how that fits into informed practice,” she said. “We’re developing professional and tertiary education modules with reference to health, education, justice and journalism sectors.”

At the time of Claire’s death, she had, not without controversy, won support from the then Health Minister Dr Kim Hames, who approved an interest free loan to the Murrays for her Singapore treatment.

He writes in the film’s prospectus:

“My political involvement in supporting the Murray family was born of the deep concerns of people who develop dependence on alcohol and other drugs as the result of having experienced the trauma of sexual abuse. I hope that this documentary can contribute to a change in the way our community reacts to these complex and devastating issues.”

Shireen also wants this film to reopen a police inquiry which seeks to find the perpetrator of Claire’s abuse.

“There’s a violent offender out there and we hope that the legacy of this film will be justice, and a more compassionate, supportive society.”