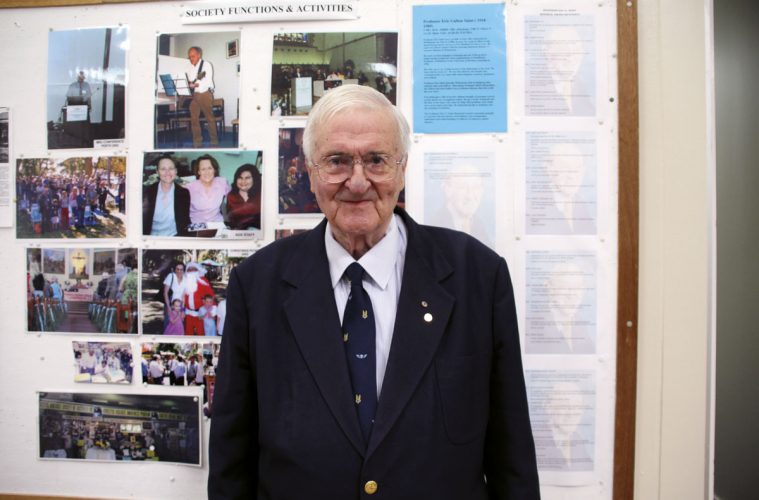 A Life Devoted to Asbestos Victims 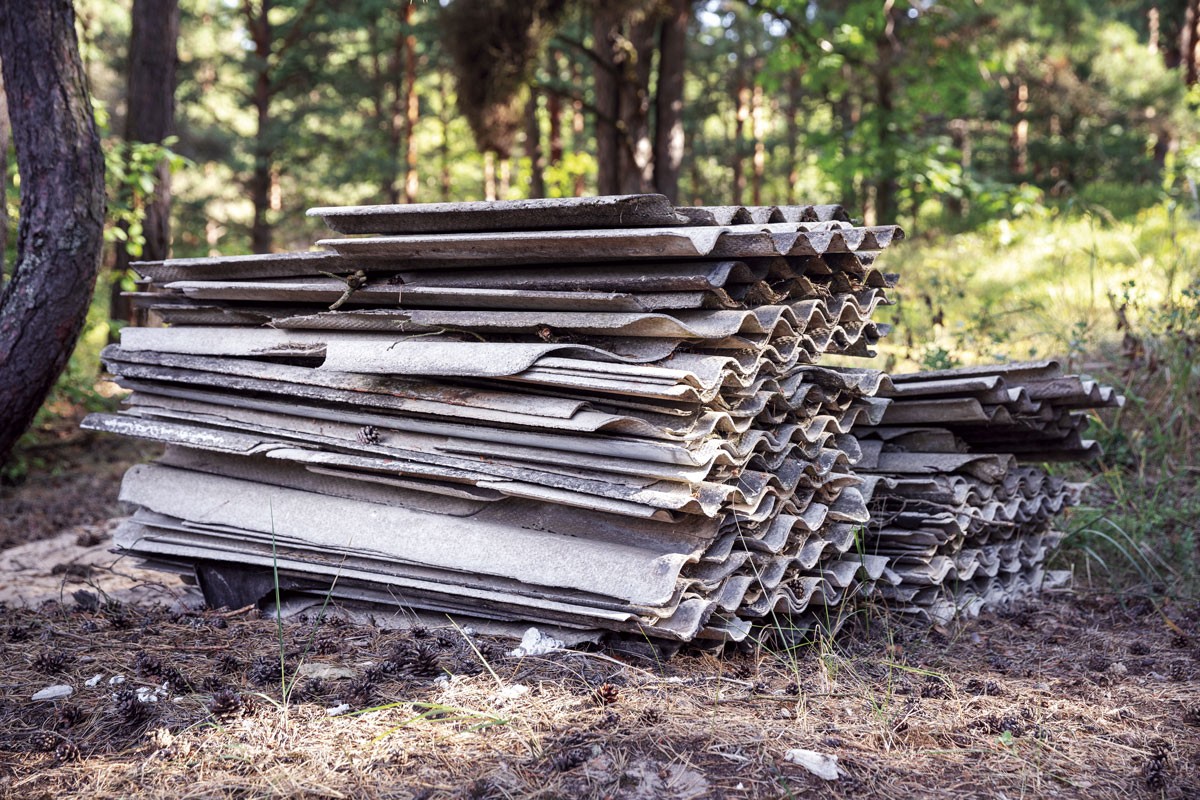 “Instead of just a nice doctor who was sympathetic and caring I became one of them.”

“When my mother got sick the irony was that she had Mesothelioma from her time in Darwin. She was the matriarch and she cleaned the house built in 1936, filthy with fibro asbestos sheeting, moulded asbestos louvres. The thing with fibro-asbestos is that glues held it all together. I can remember my mother cleaning the louvres and the asbestos would just crumble.”

“What that did was give me status within the Asbestos Diseases Society with whom I had been working for 10 years. They now call me the medical consultant and one of them as well because I have been exposed to asbestos with a first degree relative who died from the disease.” 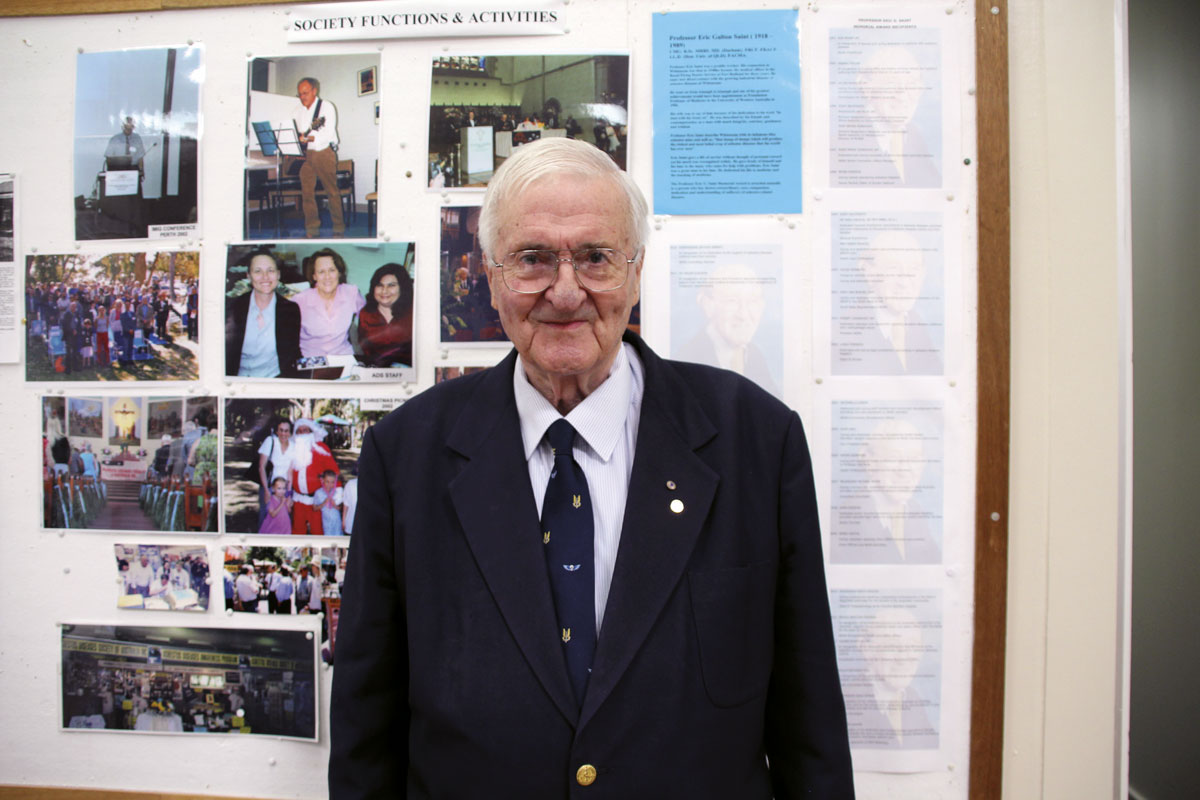 Greg has been with the Asbestos Diseases Society for 34 years. He stopped his North Perth practice in 2013, but “I see usually about 30 people a week, two mornings a week now. I am 80 years of age and no spring chicken.”

His history and the history of asbestos awareness and intervention are intimately tied together.

Becoming a doctor in the 50s

“My father was in civil aviation and Australia was establishing the Kangaroo route from Sydney to London. There were only two planes that used to fly to London from Australia, one was a converted Lancaster bomber, and you can imagine how comfortable that was, and the other was a flying boat. My father was involved in ground to air communications and that is why he went to Darwin.”

In 1954, he left Darwin for a high school in South Australia. His father was moved to Melbourne soon after, he followed, and jumped a year of high school to do matriculation. “I did quite well in leaving honours,” he said

“I got called up for service in the Army and did three months in Watsonia in Melbourne and in the meantime my father got transferred to Perth, Department of Civil Aviation. When I finished my national service obligation I came across to Perth in 1955 and I did not want to go to university. I did not know what I wanted to do. I went to Perth Hospital and worked in the bacterial laboratory, I liked lab work; that dates me. At that stage in Perth Hospital they were only doing bacterial and not viral research.”

“I was only 18 and when you are in a hospital environment you sort of realise that the doctors are the key; in the 50s they were. In 1956 I saw an ad for a new medical school starting in 1957, and fully trained in WA. I cannot remember my exact emotions, but next day I applied. My interviewer was Mr Crawley. I finished the course in 1962, the first year to be fully trained in the new West Australian Medical School.”

Greg spent a year at Perth Chest Hospital, later the Sir Charles Gardiner hospital, and then in 1965 started GP locums in Sydney. In 1968 he caught the Hong Kong flu and, on the advice of a friend and the support of his wife, he decided to return to Darwin. “I contacted a doctor in Darwin David Cox and of course they were short of doctors up there.”

“I don’t think anyone cared about asbestos even though Darwin was a fibro asbestos city. You are talking about hundreds and hundreds of houses and you know the proportions they take now when they clean up one building site. In those days at the clean up, and I was there, they were using bulldozers and graders and the uniform was a pair of boots, shorts, and no suits.”

“We will never know how many were affected for several reasons. Navy personnel at that time were also exposed on board ship anyway, so the clean up was just another exposure to asbestos.”

“The other people who were involved were civilian day labourers. From what I gather they would get paid a few bob for cleaning up. Darwin post cyclone was a real wild west town.”

“You couldn’t see plumes of dust because it was wet, but you could not eliminate it. If the cyclone had come in June then it would have been devastating, but it happened in December.”

Greg and his family were evacuated to Perth in 1975.

“When I came to Perth the government said anyone who had been evacuated could be employed in the health department, so I claimed my job. I worked with the Commonwealth Health Department on vaccinations and medicals. It was an income. Being a refugee doctor from Darwin I was a curiosity in the department. “

“I set up practice. In 1977 I got commissioned as a Captain doctor, in the reserve. I did two years as the Medical Officer, 16th Battalion, Scottish unit. After two years I was invited to be a doctor of the SAS and I worked with them for 27 years.”

“One of the things they did was send me to the school of underwater medicine. The water operations use special types of diving equipment. You need very good equipment for testing ears and lungs. I added diving medicine to my General Practice and, as a result, a person from the asbestos disease society came to see me and I started to see the Society patients.”

“Now, my job is very simple, seeing people who have just been exposed to asbestos; ‘exposees’. This includes the ‘worried well’. There are so many urban myths about asbestos and part of my job, is to try and advise them of what is known about it and what is myths and where they stand and what they have to do and watch for. “

Greg made public the problems of exposure to asbestos, not least by giving lectures overseas, showing photos of Wittenoon, and understanding the changing demography of asbestos exposure.

“The demography of the exposees has changed. When I saw people in 1984 I was seeing people who used to mill the fibres and the wharf labourers who handled it, the workers at James Hardie. All the trades people involved in constructions, painters, carpenters, plumbers. The big problem with the trades people now is I tell them, your worst exposure was your apprenticeship that came with the territory and times – when they would laugh. We are seeing these now.”

“The demography has changed and what has changed again is the DIY renovators, because once you start renovations it re-exposes the asbestos to the outside world.”

“The other cohort that we see are the Wittenoon children who lived there, about 6,000, we think. There is no census. Children used to go up there and stay for six months. The child could come and go without being registered in any particular way.”

“The irony was that the company Australian Builders Asbestos used to offer tailings, the residue after the extraction from the mineral, to families that would use it for sandpits, blue asbestos, sandpits were blue.”

The aim of Greg and the Asbestos Diseases Society is not only to raise awareness but to provide pathways for action for those being counselled.

“Put it this way, if you have mesothelioma you receive three of the worst English words you could receive. You have a cancer that cannot be cured, a cancer that can be very painful and a cancer that works very quickly. And families are devastated when it occurs. Deaths are normally between 6 to 9 months, but it varies enormously between people.”

Greg recounted that when he was a young doctor in 1963 he had wards of men with lung cancer and they all died. “All died, no women all men. The thing that I am struck with people with Mesothelioma is that they are frantic, nobody can advise them or talk to them. And this is what we have developed, a counselling service that can spend time with them. The individual is shattered, but also the family.”

“We make certain we catch lung cancer, because asbestos can cause lung cancer and with smoking it multiplies the chance of getting lung cancer. If you identify it early enough, then people have a pretty good outlook. Mesothelioma cannot be cured but it can be helped.”