Battling Antarctic Winds to Save Lives 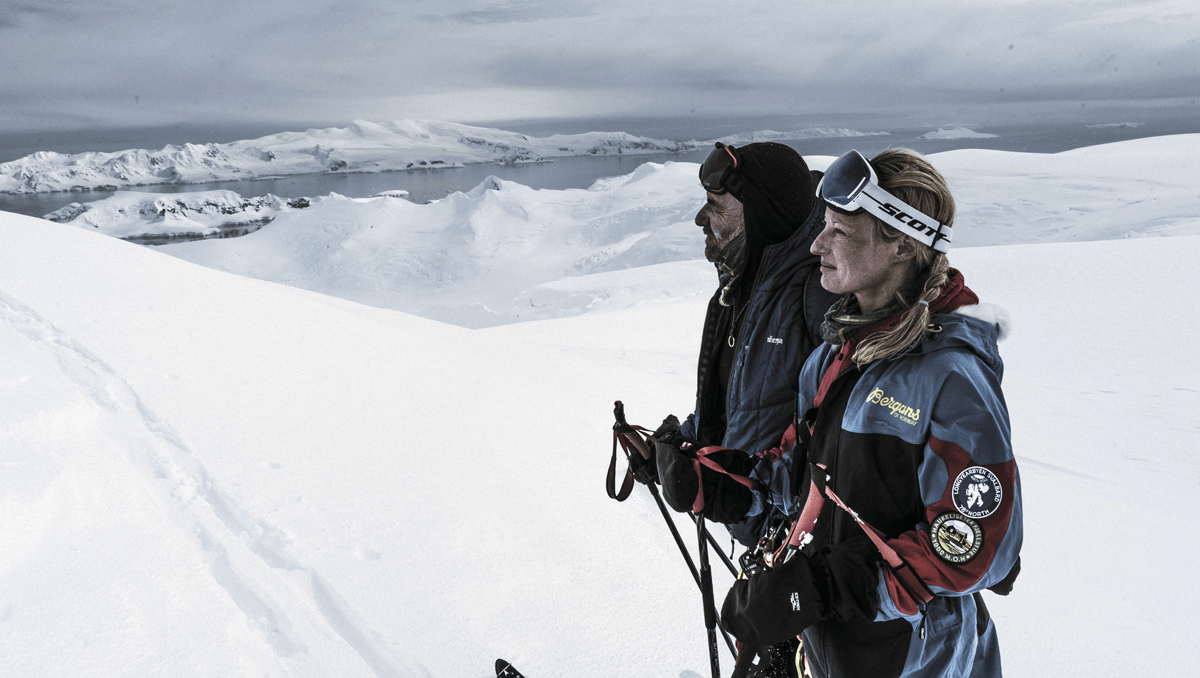 Luc and Bronwyn Delriviere with their team braved flying ice blocks and murderous chasms to achieve a world first and to help others.

Liver transplant surgeon Prof Luc Delriviere and his wife Bronwyn sailed to the Antarctic to be the first to cross the Narrow Plateau of the Antarctic Peninsula. Fellow adventurers included Maria Witchell, camerawoman Caroline Cote and guides Vincent Collard and Phil Wickens. No dog sleds, which are banned, just human legs took them across the vast plateau. 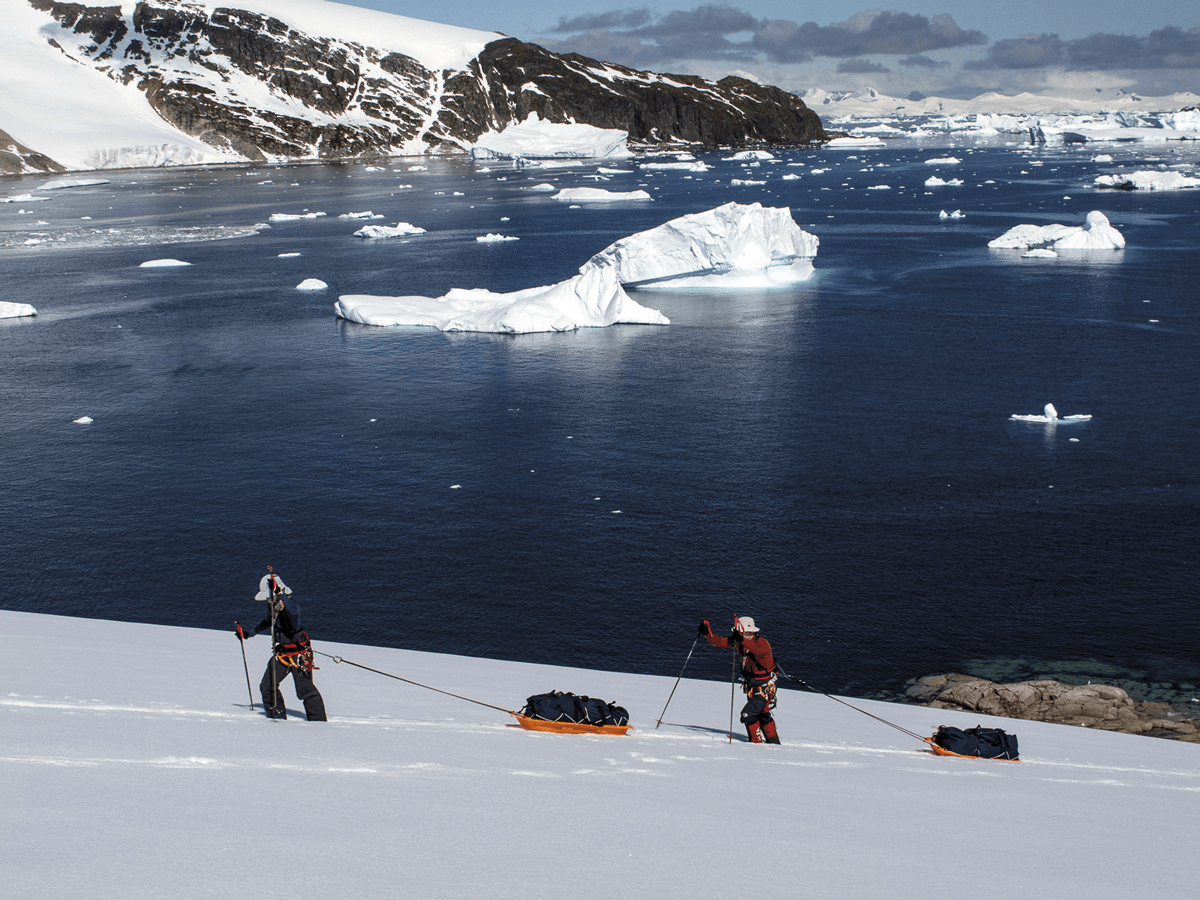 “Antarctica is full of beauty and charm but along the coast and in seconds it can throw so much temper, fury and roar at you. Yet even between the avalanches tumbling to the sea, the crackling sound of ice beneath our skis, and the fierce sound of the chunks of glacier breaking off the mountains, Antarctica left us with a beautiful memory,” Bronwyn said.

“On the plateau, between storms, you experience a pristine silence. The kind of silence you’ll hear nowhere else but there. It’s very difficult to describe. It’s a peace that both Luc and I reflect on every day since arriving home.” 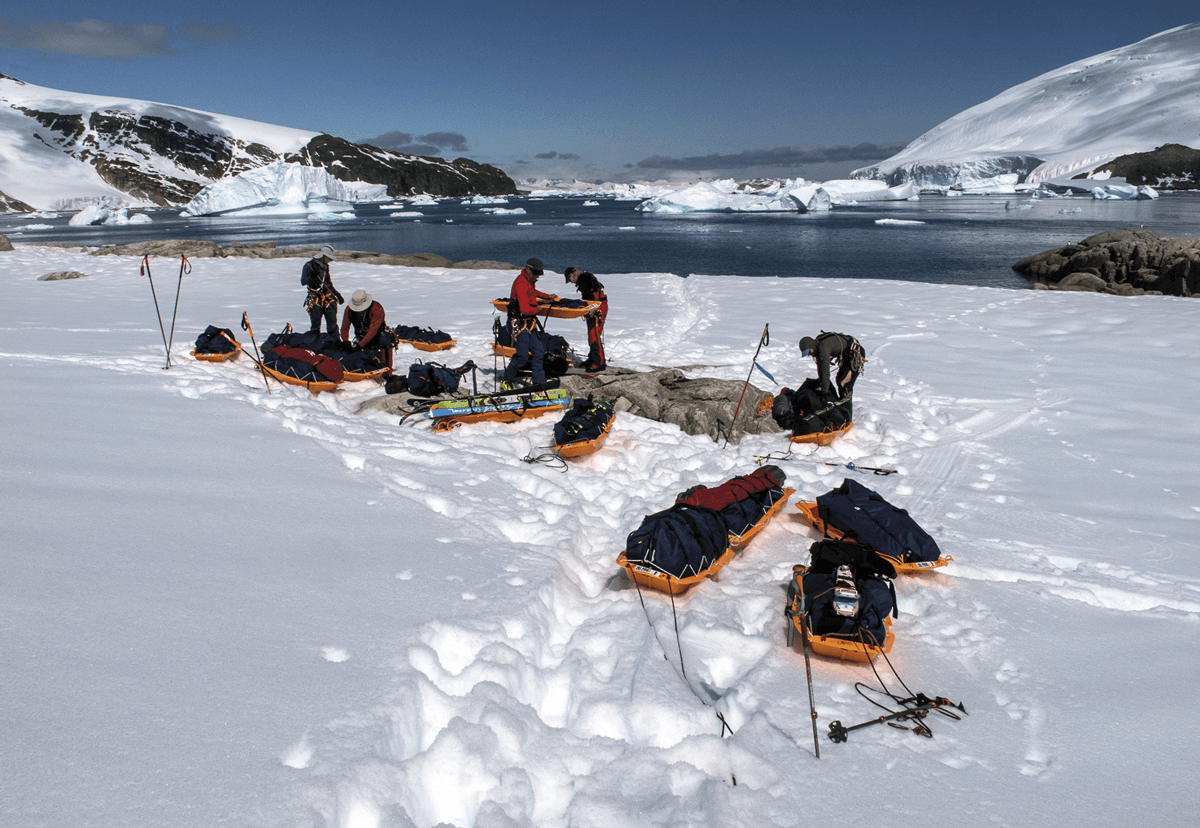 Genesis and the journey

Over five years ago, the idea of this project came to Luc after reading A World of Men: Exploration in Antarctica  by Sir Wally Herbert. In 1955, Wally Herbert was 21 years old and worked as a cartographer with the Falkland Islands Dependencies Survey. His first major expedition, described in his book, was in 1957 along the frozen ocean of the Weddell Sea and then the Narrow Plateau of the Antarctic Peninsula from Hope Bay to Portal Point.

“Our man-hauling expedition was going to use a new route to reach the plateau from the Gerlache Straits and cover 200km of the Narrow Plateau,” Luc said.

“The team met in Ushuaia on Boxing Day 2018. A lot had to be done before the departure of the boat three days later when a good weather window appeared at Drake passage. Food had to be bought and daily rations organised, the sledges had to be prepared with bags and tents, rescue skills had to be refreshed and harmonised across the group,’ Luc said. 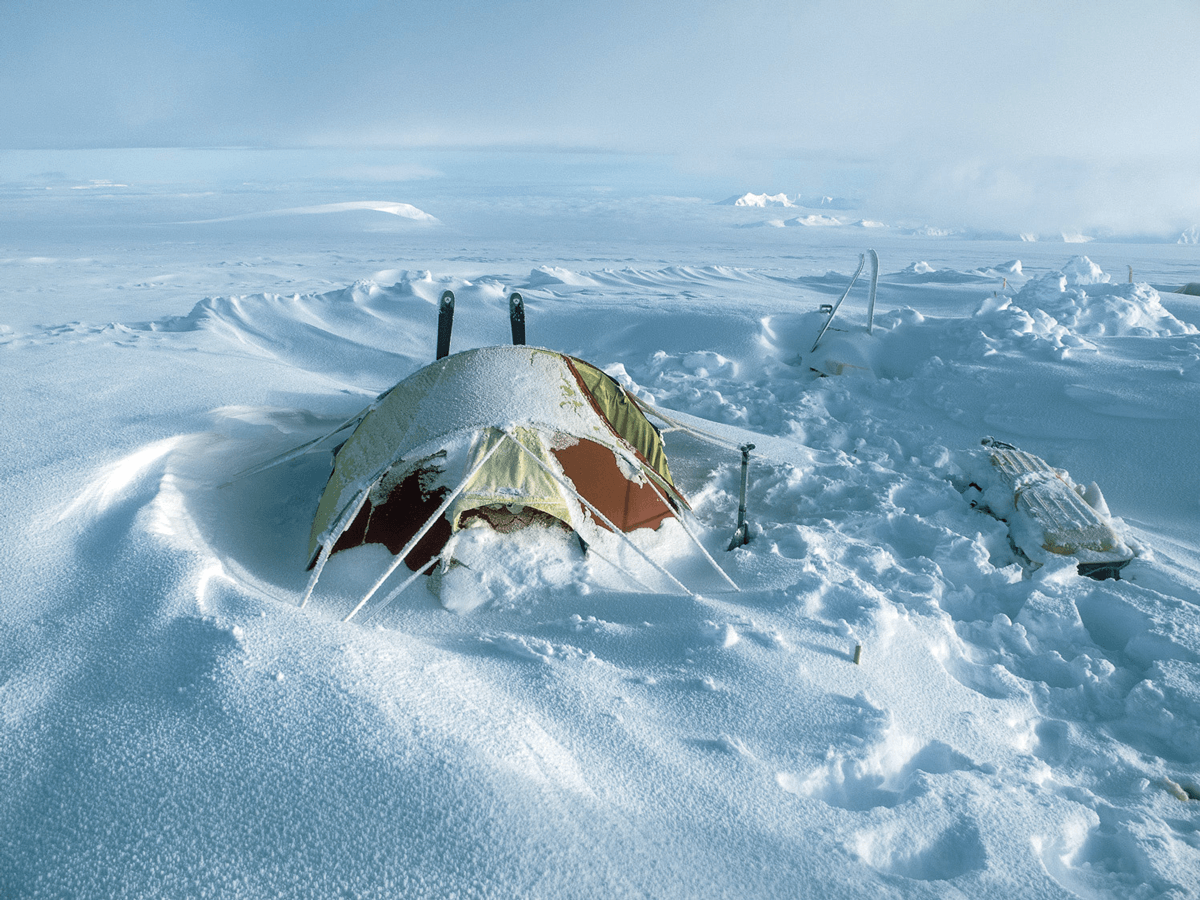 “After zig-zagging among smaller icebergs, we anchored in Cierra Cove next to a penguin rockery. The smell is infamous but we spent a nice evening surrounded by seals, penguins and passing humpback whales. Such a stunning contact with nature!”

“The night was eventful as small icebergs were getting entangled in our anchoring lines and we had to fight all night to avoid damage to the boat.”

To access the plateau via the new route, from sea level to 2000m on the Breguet glacier, it became an immense physical challenge for the team as the sledges were at their heaviest (close to 70kg). The entry point was spectacular and steep. It took seven days to achieve that first part of the expedition

“After one day of travel, we could see down glacier valleys and eventually we reached the straits and the large islands of Brabant and Anvers. Over the next three days, we had majestic views of the Gerlache Straits on one side and the Weddell Sea on the other,” Luc said. “Deep snow, white-out conditions, blizzard…nothing was going to stop us. By January 13, we were close to the narrowest point of the plateau, The Cat Walk. It is a mythical place that many explorers have heard about but no one had documented. We expected a spectacular place. It did not disappoint.”

“We waited two days under heavy snow for a good weather window. We were up by 4am on January 16 but we still had to wait longer for the clouds to further disperse.”

“Crossing The Cat Walk was an amazing experience. The clarity of the air that day allowed us to see over 100km on each side. We were seeing complete horizons never seen before. More people have walked on the moon than across The Cat Walk.”

Despite a team member recovering from snow blindness, 36 hours of howling winds violently shaking the tents, walking through the hardest part of the descent of the Reclus Peninsula, risking frostbite and food shortages, the expedition finally arrived at Portal Point, the location of Wally Herbert’s old hut.

“We were on cloud nine but we had to move fast. We were told that at around 5pm, a Polish boat called Thelma, was going to pick us up and drop us back to our boat, Icebird, which was temporarily immobilised for repairs to the gear box.” Luc said.

“In Charlotte Bay, large icebergs and whales were watching us make our way through the last slopes. It was a superb place to finish the trip. We celebrated the achievement with beers and champagne, gathering on the rocks where the concrete base of Wally Herbert’s old still stands. It was very emotional. We had made it!”

Contributions to the Liver Foundation: www.liver.org.au/expedition 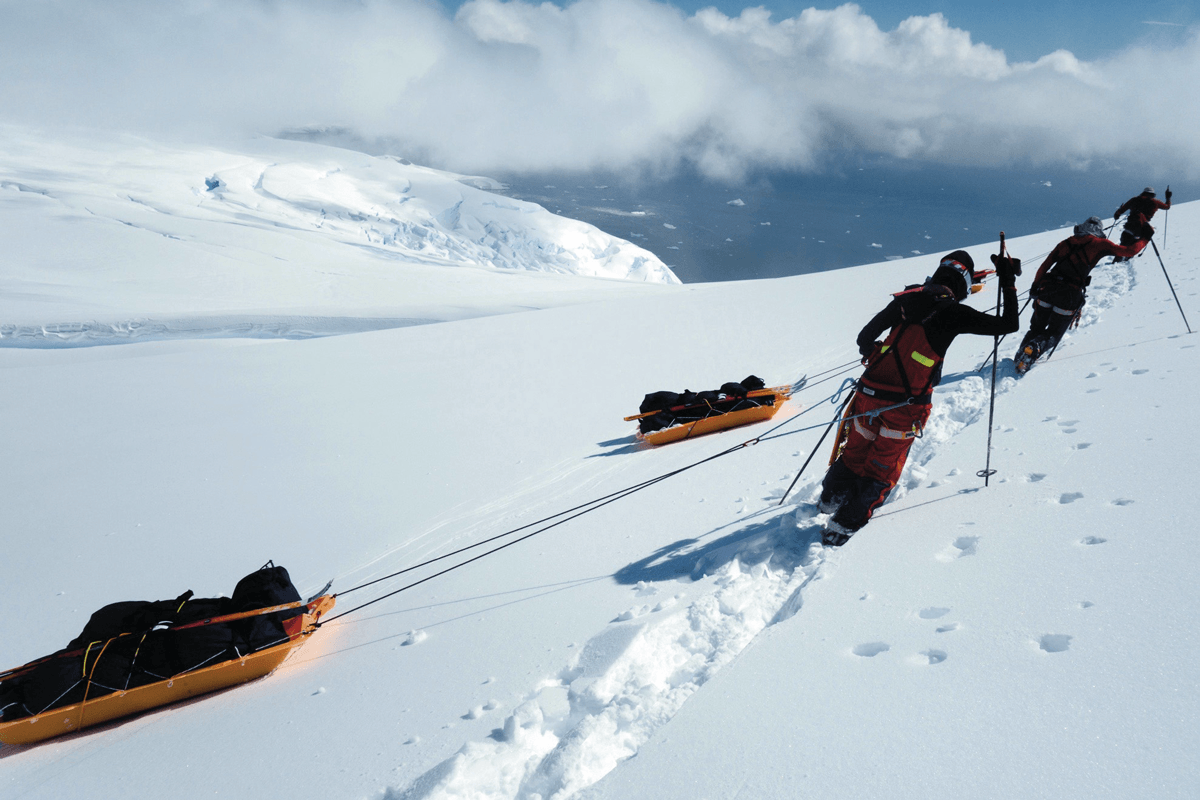