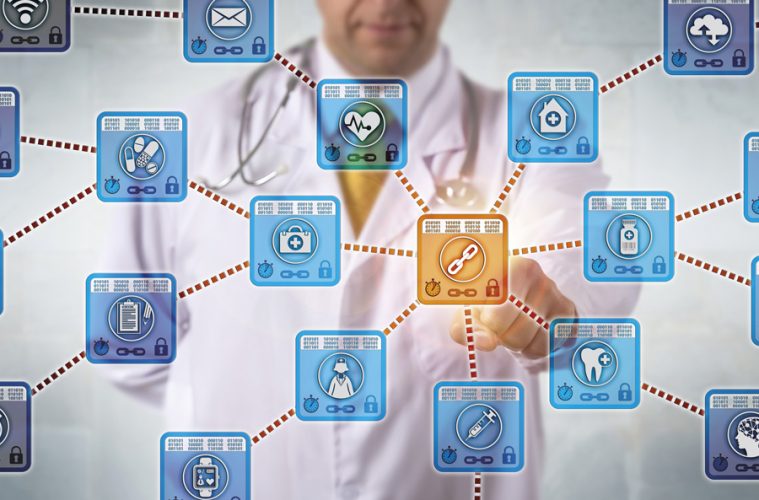 A Building Block for Secure Records

The emergence and rapid growth of disruptive digital technologies and decentralised cryptocurrencies, such as Bitcoin and Ethereum, have brought with them an awareness of the distributed ledger technology that underpins these nascent currencies – that is, blockchains.

A blockchain is a ledger of records, referred to as blocks, that can record transactions efficiently, verifiably, securely and permanently. Health care in particular is seeing a large swell of interest, particularly within the patient information space.

The implementation of blockchain technology in the health care industry is in full swing with a number of Australian based companies taking up the charge.

One such company is ScalaMed, an Australian based start-up that is focused on streamlining the process of prescribing and dispensing medicine. In a nutshell, ScalaMed is a mobile-based application that will require the prescribing doctor, patient and pharmacy to be signed-up and integrated into the platform.

The doctor can use their existing prescribing software and the application then sends the prescription to the patient’s phone. The patient can then order their prescription from a pharmacy in the ScalaMed network and have it delivered to their home, making this a new paradigm in a heavily paper reliant field, thanks to blockchain.

Another variable in an application such as ScalaMed is the empowerment of the individual health consumer as they have complete control of their prescriptions and can easily access them to shop around for the best deal on medications.

The advantages of patients having access to their prescription history go beyond their individual convenience. There are also positives for practitioners. For instance, if an individual is hospitalised or changes general practitioners, the patient could provide access to their ScalaMed records and doctors can immediately see what medications the patient has and is taking.

There are a growing number of blockchain projects infiltrating the Australian health care industry. Another is the joint venture between three organisations – Agile Digital, Vault Systems and Gulanga – and the federal Department of Health on the Secure Health Data Research and Analytics Platform (SHDRAP).

Researchers would be able to access clean datasets within the hub without the requirement to download raw datasets, which almost always contain large amounts of non-required data that needs to be cleaned. This can be a problem in itself because what is left once the datasets have been de-identified often contain incomplete data.

Although SHDRAP was a test case, it demonstrated how blockchain could be used to protect patient privacy more effectively while also providing clean data for researchers.

If SHDRAP is rolled out, the opportunities for researchers and ultimately the Australian public are enormous.

The controversy surrounding My Health Record has provided opportunities for alternative means of health record storage and access while, simultaneously demystifying how digital health records can benefit patients and practitioners alike.

This is at the core of Wollongong-based start-up Secure Health Chain, which is soon to launch a pilot program in the Gwynneville Medical Practice.

By using blockchain to create encrypted patient records, akin to digital passports and accessible via a smart phone application, Secure Health Chain aims to provide health consumers a secure platform for them to control their health records while providing medical practitioners and hospitals with accurate and verifiable records.

If this sounds a lot like My Health Record, it is, except the underlying framework is based on blockchain, which is far more secure and verifiable than the technology that My Health Record utilises.

Ultimately, a product such as Secure Health Chain could face significant competition as the market recognises the benefits of providing an encrypted and impenetrable health record, using blockchain. Or conversely, products like this could serve as an impetus for My Health Record to utilise blockchain as the underlying framework for its network.

The applications and benefits of blockchain in Australian health care are numerous, both for patients, practitioners and hospitals yet the real hurdle is the acceptance of the marketplace to fully embrace the potential benefits of the technology, namely the security and verifiability of data.