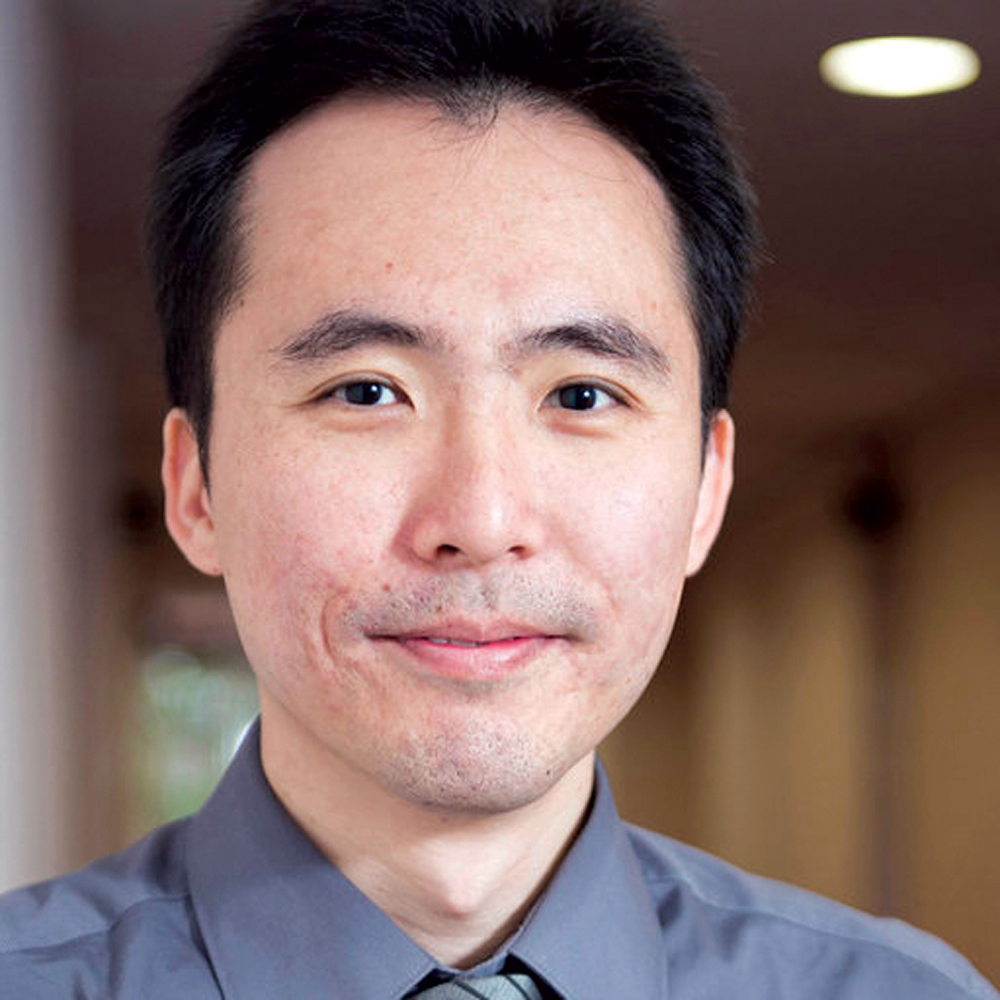 CP-EBUS is commonly used to sample mediastinal and hilar lymph nodes as well as central lung lesions in real-time.

Over the past decade, CP-EBUS has taken up a central role in the diagnosis and staging of lung cancer. National and international lung cancer guidelines recommend concurrent tissue diagnosis and staging where possible, and CP-EBUS is the most frequently used tool which fulfils these needs. It is the preferred first procedure for sampling mediastinal and hilar lymph nodes suspected to be involved with cancer, along with also being capable of sampling centrally located lung or mediastinal lesions.

When used to investigate PET positive or enlarged intrathoracic lymph nodes in the context of suspected lung cancer, the sensitivity of CP-EBUS is in the vicinity of 85-95%, with negative predictive value exceeding 90%. 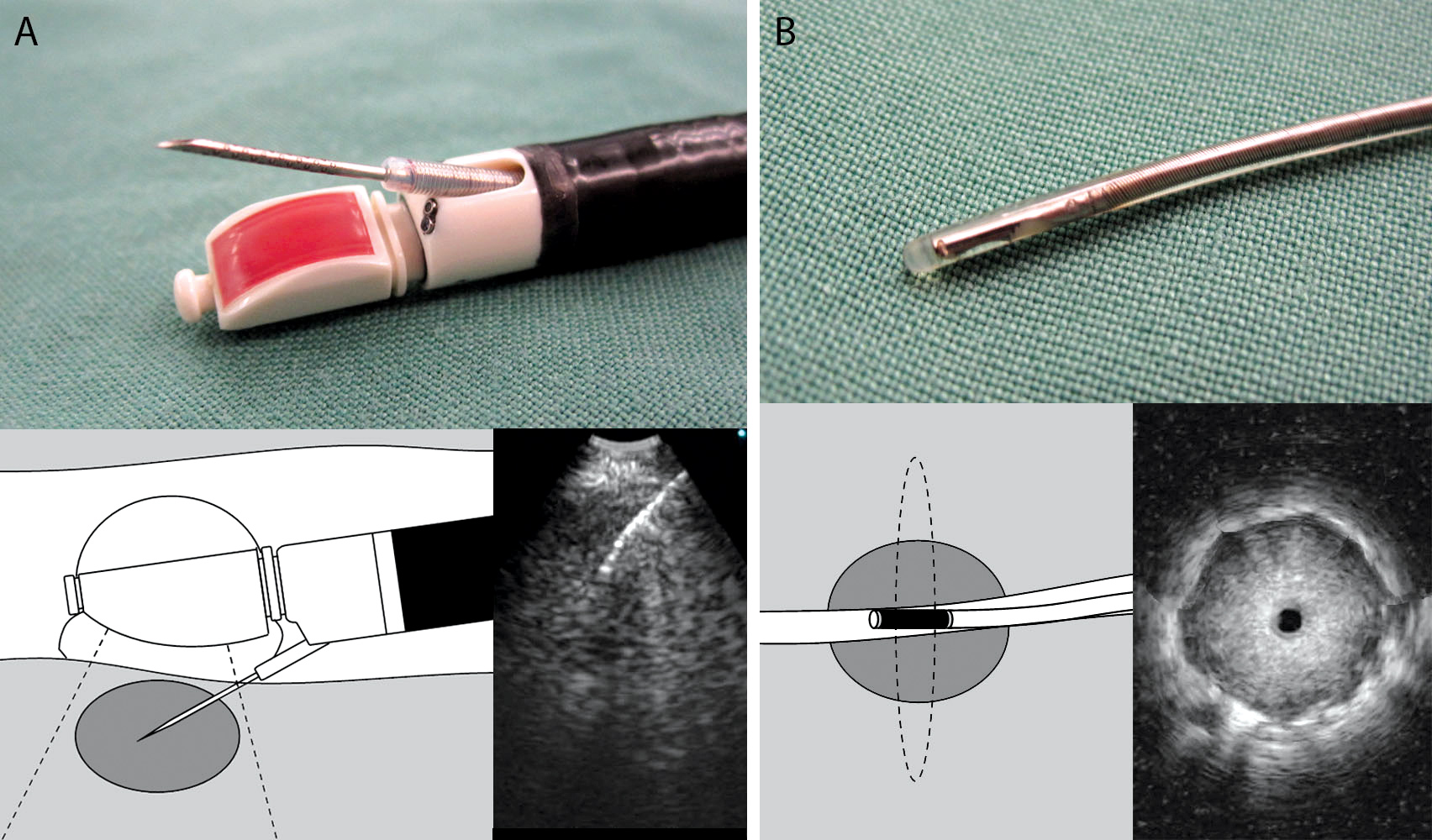 Compared with the traditional ‘standard’ of mediastinoscopy, CP-EBUS sampling is minimally invasive and can be performed as a day procedure. It is capable of accessing a wide range of mediastinal lymph node locations, as well as hilar nodes and central pulmonary lesions, which are not typically reachable via mediastinoscopy.

CP-EBUS is also commonly used in the investigation of mediastinal lymphadenopathy of unclear etiology. In Australian metropolitan areas, the typical clinical case scenario would be to distinguish between sarcoidosis and lymphoma in patients presenting with bilateral hilar adenopathy. In the appropriate clinical context, CP-EBUS has also been used in the diagnosis of lymphadenopathy due to tuberculosis (and other infectious agents).

Radial Probe-EBUS gives a 360-degree view of the airway wall and surrounding structures in a viewing plane perpendicular to the bronchoscope shaft (Figure B). It can be a useful method which allows sampling of peripheral lung nodules with intermediate risk of malignancy, particularly where percutaneous CT-guided biopsy is considered hazardous (e.g., extensive intervening emphysema, or proximity to blood vessels).

When performing sampling, the RP-EBUS probe with guide sheath is first inserted through to the area of interest via a standard bronchoscope. Once the lesion is localised using ultrasound imaging +/- fluoroscopy assistance, the probe is removed with guide sheath left in place, and conventional forceps or FNA biopsy tools are then deployed. Pooled data from studies where this method is used indicate typical sensitivity of around 60-70%.

Additionally, RP-EBUS imaging characteristics can provide further information to guide risk assessment of pulmonary nodules. Heterogeneous nodules or those with hyperechoic arcs or dots have a high likelihood of malignancy. In contrast, homogeneous nodules are much more likely to be benign.

As with other respiratory procedures, careful case selection by specialist respiratory physicians is important to ensure the best outcomes. In hands of experienced operators, EBUS bronchoscopy is an extremely safe procedure, which can be completed as a day case. In Western Australia, the procedure is most often done with the aid of an anesthetist but can also be performed using local anesthesia and conscious sedation.

CP-EBUS is well tolerated overall, with the most common side effects being post-bronchoscopy cough, self-limited hemoptysis, and fever (usually from bronchial washings or theoretical transient bacteremia). With RP-EBUS sampling of peripheral lung lesions, there is a small risk of pneumothorax which is comparable with that from percutaneous needle biopsy (3-5%). The reported risk of major bleeding from either form of EBUS is under 1%.