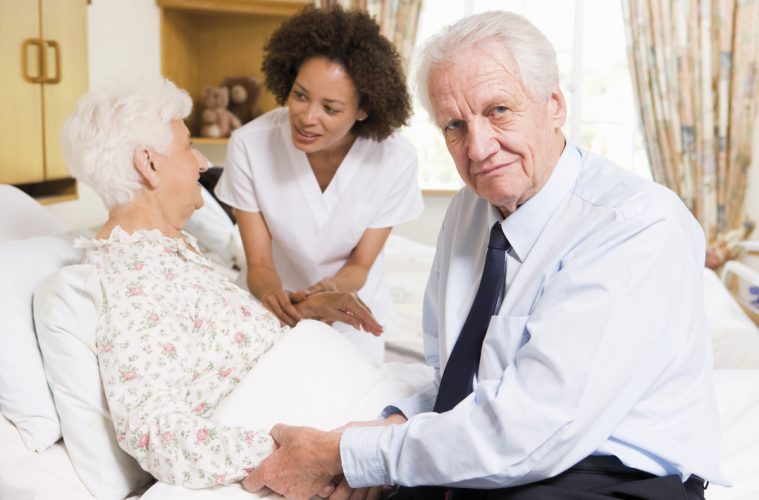 A recent study found that 70% of older Australians are without an Advance Care Directive (ACD). ACDs are instructions for carers in the event patients are unable to make their own medical decisions, which happens in about 50% of cases. The research by Advance Care Planning Australia (ACPA: funded by the Commonwealth), is published in BMJ Open and looked at the health records of 51 Australian hospitals, aged care facilities and GP clinics, across six states and territories. About 30% of people gave their preferences for care with some appointing a legal substitute decision-maker. Dr Karen Detering, Medical Director of Advance Care Planning Australia, said ACDs prevented older people becoming vulnerable and without a voice, preventing decisions under the worst circumstances. Our reflection around an ageing population, thought ACDs may relieve pressure on hospital beds and act as a cost-saving initiative, at a time costs are important.

Australian medical life sciences company Medlab has joined with Australian Pharmaceutical Industries (API) to expand Medlab’s nutraceutical range in Priceline Pharmacies (350 stores). Medlab also has interests in the cannabis race to market around pain management together with its nano-particle medicine delivery system, Nanocelle™ which is being applied to its medicines (off and on patent). More than 2100 independent pharmacies will be able to access Medlab’s nutraceutical range. As part of the agreement with API, it will hold Medlab products in its warehouses, significantly expanding potential distribution into these independent pharmacies. “Medlab is very excited with this opportunity to work with Priceline Pharmacy and other independent groups as it allows us to support people in the community suffering chronic illnesses by providing them easier access to scientifically backed products via professional pharmacy”, CEO of Medlab Dr Sean Hall said but when we asked “Will the agreement with Priceline pharmacies for nutraceuticals impact at all on your plans for cannabis?” we received no response.

The price of getting the shits

Most viral gastroenteritis comes from Norovirus, a resilient virus. About 700 million people contract the short but severe illness each year including 1.8 million Australians. No vaccine or cure is available. Targeted research on norovirus – which is responsible for most viral gastroenteritis outbreaks – has only recently been possible and a new study will enable us to understand the longevity and infectivity of the highly contagious stomach bug. The elderly and those with compromised immune systems are particularly vulnerable – at risk of serious outcomes and longer recovery times. Patients shed the virus for up to several months after their illness but infectivity during this time is unknown.

The Top 10 report was released at the Australian Parliament House by the Public Health Association Australia (PHAA). The top 10 successes include:

Despite public health successes public health investment in Australia currently amounts to less than 2% of the national health budget and has been generally declining since at least 2001.

American prescription benefits manager CVS Health Corp has excluded Aimovig from the covered drugs, despite US FDA approval in May 2018. Teva’s Ajovy (fremanezumab) and Eli Lilly’s Emgality (galcanezumab) rapidly followed Aimovig approval with all three rival drugs launched at the same price point (US$6,900 per year). According to GlobalData, global migraine drug sales could reach $8.7bn by 2026 and the US will continue to dominate the market with a 77% share of total sales. There is strong similarity between the three drugs in terms of efficacy and safety. Given CVS’ decision, the battle for the leading CGRP antagonist drug is wide open.

Remember “suicidal ideation”. It used to be taught that anyone contemplating suicide would have suicidal thoughts that they would relay in conversation. This major Australian study (a review of data from 70 major studies of suicidal thoughts, published in BJPsych Open) shows that, as a stand-alone test, only 1.7% of people with suicidal ideas died by suicide. About 60% of people who died by suicide had denied having suicidal thoughts when asked by a psychiatrist or GP. Prof Matthew Large from UNSW’s School of Psychiatry said “This study proves we can no longer ration psychiatric care based on the presence of suicidal thoughts alone. Hospital and community care teams in Australia are extremely under-resourced, and this needs to change.”

The Saliva Glucose Biosensor comprises the Glucose Biosensor Unit (a small, disposable strip, which when exposed to someone’s saliva provide a g]ucose measurement) and a digital healthcare app (a digital app on a patient’s smart device). An Australian invention, the Saliva Glucose Biosensor was by Prof Paul Dastoor and his team at the Centre of Organic Electronics at the University of Newcastle. The iQ Group Global acquired the biosensor technology in 2016 and has accelerated its development. The move away from finger prick testing will please some and may increase glucose monitoring and improve healthcare outcomes.

PhysioROM is a start-up telehealth solution that conducts range-of-motion analysis via video. Using artificial intelligence and machine learning, and monitoring patients’ progress, the technology allows for remote physiotherapy sessions – post op patients of hip and knee surgery may benefit most, an alternative to continued hospital care, particularly patients from rural and remote communities. Healthtech startup Coviu secured $1.18 million in government grant funding to commercialise the technology. This Cooperative Research Centre Project has CSIRO’s Data 61, health clinic HFRC and the School of Sports Science, Exercise and Health at UWA. “If we could do it in a way that gives clinicians confidence they are doing it right, then we can send people home, we can open up a whole bunch of beds … and we can reduce the delays on waiting times,” according to Coviu founder and chief Silvia Pfeiffer.

Rural Help is now online, providing online psychological therapy services for regional and remote communities. Rural Help creator, psychologist Kerry Howard, says that remote communities are under-serviced for therapy by about 46%. The new service, not available to metropolitan clients, will provide a safe, secure and easy-to-use platform, with sessions being conducted from the comfort of a client’s home via video conference for one hour. The service is particularly helpful at a time when rural areas are experiencing stress from the impact of drought. Suicide rates are 40% higher than metropolitan areas. Under a Mental Health Care Plan, individuals living in rural or remote areas are able to access Medicate rebates for online therapy.

Participation in private health is now at 44.6%, the lowest it has been in 11 years, according to the Private Health Insurance Association. Private health insurance hospital coverage dropped by 12,370 people over the quarter and 64,657 over the year to date. At the same time, according to the latest Australian Prudential Regulation Authority data, episodes of care in the private sector rose 1.6 percent in the December quarter, with 940,922 privately insured hospital treatment episodes. Australian Private Hospitals Association CEO Mr Michael Roff says these numbers show the high value Australians place on access to private hospitals as well as showing a reduction of burden on the public health sector. Mr Roff also warned health insurance consumers to be careful on choice of exclusions and continually update their insurance policies to ensure they are covered for essential health needs. Policies that exclude services are now at 56 percent, up 0.3 percentage points over the quarter, according to Mr Roff.

The Elizabeth Hansen Autumn Centre needs government funds to stay open. The centre offers 32 beds for Aboriginal patients and their carers, with the majority travelling from the Kimberley, Pilbara and Goldfields regions. The service provides residential recuperation and renal dialysis to Aboriginal patients. Derbarl Yerrigan Health Service Chairperson Jackie Oakley said management had battled to keep the Centre operating after WACHS withdrew recurrent operational funding for the centre three years ago. Since then, Derbarl Yerrigan Health Service has attempted to self-fund 70% of the centre’s operations and recently introduced a nightly gap charge for each client and carer. In the past three years over 200 people have used the centre. Ms Oakley said that a need for the service is widely acknowledged especially with the recent closure of Genesis House in Salter Point which, effectively removed 60 beds from the system. “We have been unable to get a commitment from Government for recurrent funding to the tune of around $550,000 a year to keep this vital service afloat. If we cannot sustain the service will be forced to shut the doors,” she said.

A new report, No Second Chances, shows that prevention of secondary heart attacks and strokes is critical to combatting Australia’s number one killer – cardiovascular disease. Cardiovascular disease is the most expensive disease group costing Australia $12 billion a year; a figure estimated to rise to over $22 billion by 2032. The report, released by the Baker Heart and Diabetes Institute and sponsored by Bayer, says about 4.2 million Australians are living with a cardiovascular condition, and of those, 1.2 million have heart disease and are 5 to 7 times more likely to suffer future heart events. There are 1.1 million hospitalisations every year due to cardiovascular events – up to half are readmissions. Only 50% of Australian heart patients receive guideline-based care after a heart attack or stroke. The report shows (i) If you’ve had a heart attack, you are twice as likely to die prematurely, (ii) If you two more heart attacks, you are three times more likely; (iii) Within 12 months, one in ten heart attack survivors will have another heart attack, and (iv) In just 7 days, about 10% of people who have a stroke will have another.

Flinders new university centre of neuroscience, psychiatry, psychology, allied health, engineering, social science, education and public health, Orama, promises to make mental health well-being real, according to Prof Patrick McGorry AO, at the centre’s launch. He said awareness about mental health had become a substitute for actually doing something about it. He said that in Victoria 3 of 4 young people coming to receive clinical mental health problems have to be turned away due to insufficient resources. “It’s a broken system and this is a disgrace in a country like Australia.” Órama takes a whole-of-person approach, incorporating research at the brain and cellular level right through to research around people’s experiences, health systems, service delivery models and educational or preventative science. ity, ABS Research suggests that at least one in five people aged 16-85 experience common forms of mental illness in any year, and estimated annual cost of mental ill-health in Australia is more than $60bn – around 4% of GDP, or about $4000 for every taxpayer.